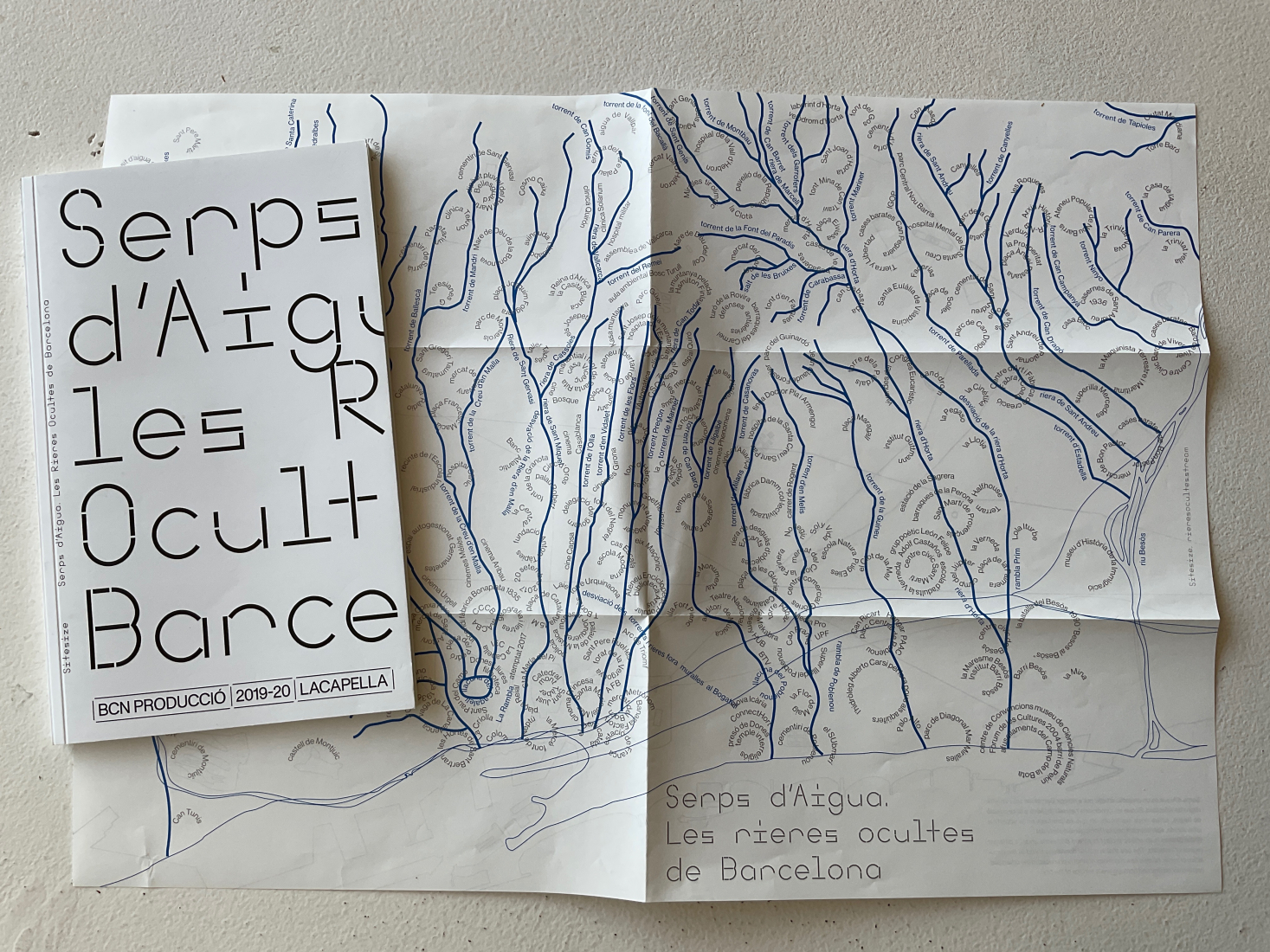 Presentation of the publication "Water Snakes. The hidden gullies of Barcelona"

We will be joined at the event by Juan Sáez, the master water diviner and creator of Arte Zahorí, who uses his body as a perceptual instrument, basing himself on the relationship between the individual and the environment as a factor that determines our quality of life.

The aim of the Water Snakes project is to reread the city of Barcelona on the basis of a new system of relationships, one in which the natural conditions linked to the flow of water activate levels of signification and the cultural and social construction of that which is produced on a seemingly neutral and unvarying surface.

In the Pla de Barcelona, the plain between the Llobregat and Besòs rivers, the presence of gullies and streams has shaped an extremely rich landscape with large basins, such as the catchment area of the Riera Blanca gully in the south, and the Horta catchment area in the north. In addition, more independent waterways have overlaid and stretched across the plain, determining how the urban environment has changed. All cities, as they grow, have incorporated and subsequently covered over the water courses that once flowed freely across their surface. Those in the Barcelona plain were sent down channels or culverts and in many cases disappeared. They were waterways that ran all year round or only occasionally and which have been diverted by means of subterranean pipes. Yet on the urban surface, which we take to be untouched and free of any influence, there remains evidence of the consequences of the water that still flows underground.

The collective Water Snakes initiatives and events held as part of Barcelona Producció 2019-2020, organised by the Centre d’Art La Capella, are linked to the three stages of the flow of water, which also provide the structure for this publication. In the manner of a prologue, the book opens with a conversation with the master water diviner Juan Sáez. The first chapter then begins with ‘Aigua primera’ (First Waters), a reference to the routes along the head of the gullies, where the water course is still free and nature’s energy explodes in all its power until it reaches the boundary edge of the developed territory of the city. Here begins the second chapter, which focuses on the exploration of the intermediate zone of the Barcelona plain, the ‘Aigua mitja’ (Middle Waters), a profoundly urban and strongly culturalised space where the presence of the gullies is buried beneath signs and sudden alterations to the surface of the land, and where the gullies can only be identified by summoning absences. Lastly, ‘Aigua baixa’ (Lower Waters), close to the sea, brings the publication and organised initiatives to a close. This is the water that has drained from across the entire city, accumulating a huge charge of energy visible in high-intensity places and events. We could say that the circulation described flows from the subtle energy present in nature to the denser energy embodied in the human factor. The influence of human action laid down over many centuries accumulates over the course of the journey taken by the water. And, in a constant renewal, this influence dies out at sea before returning again in the form of rain falling at the head of the gullies. In this respect, the Water Snakes project can be seen as a creative and uninterrupted circulation that advances parallel to the flow. In a journey that never ends, we can perceive and experience the water courses, interpreting the signs as we look for ways to store and draw off the water in order to remain sensitive to what it is that its flow communicates.

The publication closes with the ‘Cartes d’aigua’ (Water Maps) chapter, a consideration of the gullies in cartographic form. 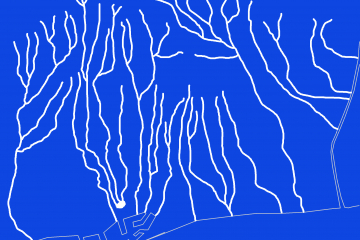