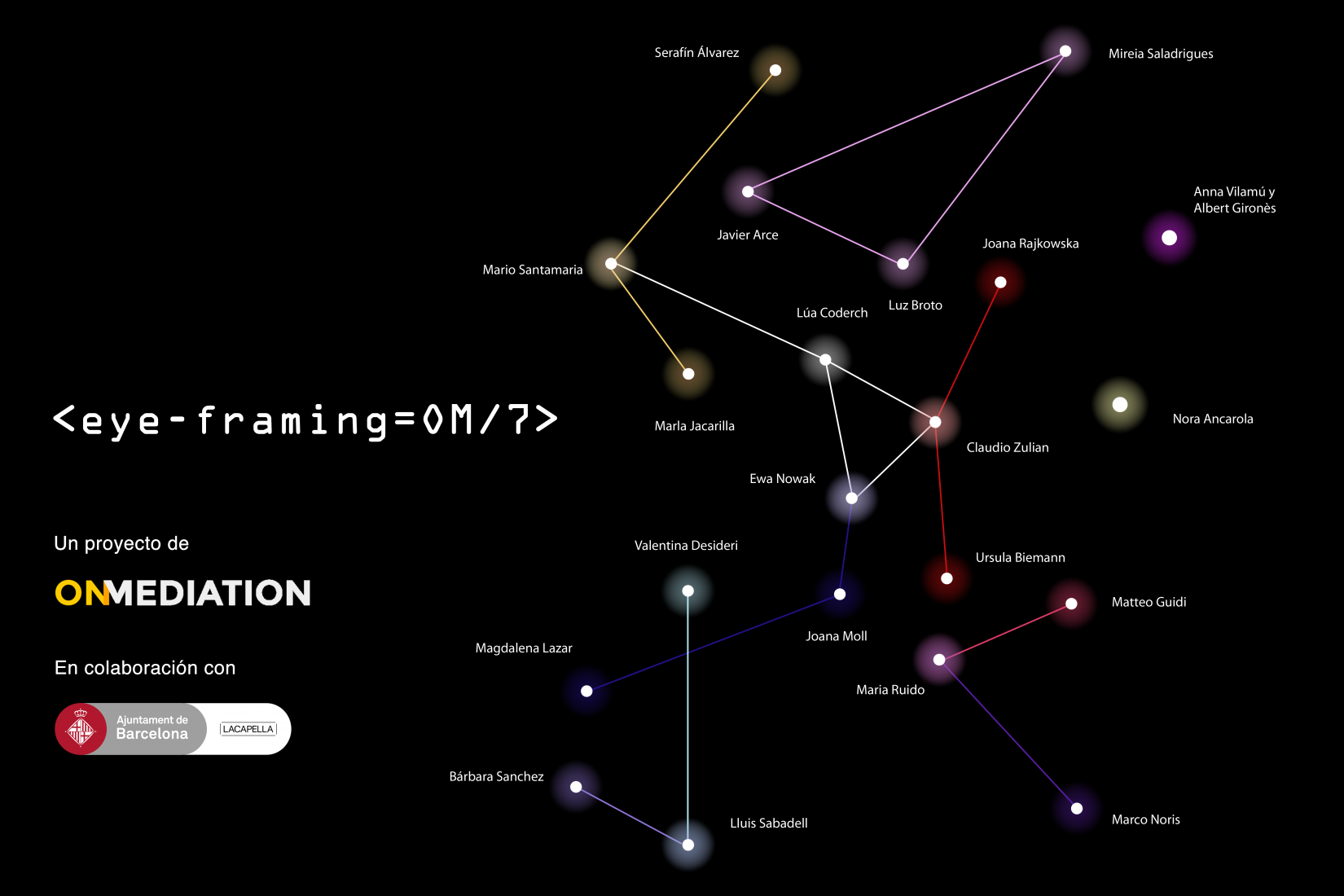 <eye-framing=OM7> is a project that activates La Comunitat, the digital archive that contains the profile of the artists, curators and professionals that have been part of the programming of La Capella during the 25 years it has been in existence. <eye-framing=OM7> is a virtual space conceived as a device that interacts with La Comunitat, updating its ethical, aesthetic and political potentialities and extending its limits.

<eye-framing=OM7> inhabits La Comunitat, forging links between the works that are already part of the archive, and it also expands La Comunitat by adding newly-produced works. In this way, strategies for recycling, updating and producing content within and based on the archive are set in motion. <eye-framing=OM7> is not a conventional virtual exhibition. Rather, it generates a hybrid space – situated partway between the archive-cum-atlas, curating and creation – that is the result of various mediation processes founded on research and experimentation.

The project starts from the premise that every community is governed by interests pointed towards the future, by its collective nature and by the need to ensure its survival. Posited in these terms, thinking critically about the community entails imagining possible futures by reviewing the past, in other words, by examining everything that has been configured over the course of history as the dominant narrative. This in turn means rethinking the negative spaces of this past memory with a view to reviving the impulse to resist, and designing unrealised futures. The notion of temporality put forward challenges every linear concept of history and is based on spatiality and on networked connection, as if its component parts had the ability to organise themselves in the manner of a constellation. The configuration of the future of this community involves creating connections between the various elements and formulating discourses that offer alternatives to the established order.

In this looking-ahead to the future, <eye-framing=OM/7> sees the constellation as a medium for articulating the curation in the virtual space of the project. In addition, the constellation references theories about the future, providence, divination and the things to come. In other words, it points to the reading of future possibilities on the basis of present and past elements, building an expectation of a future that is self-generated and of resistance. In this way, the various constellations present accounts that detail different mechanisms for creating communities. Mechanisms that revolve around the core issues of history, memory, travel, language, the affects, care, capital, border zones, the relationship with the physical world, the connection between art and the user, and the materiality of bodies.

Taking into account the fragmented temporality that defines the artistic discourses in this project, an element of web architecture was chosen, the iframe (from which this project takes its name, eye-framing), which served as a guiding thread for carrying out the curatorial interventions. An iframe is an element that makes it possible to open a window from the website that is being visited, creating a bridge between two pages without leaving the original context. By using this device from a formal and conceptual point of view, the project opens up a multifocal perspective that does not entirely abandon the La Comunitat constellation that gave birth to it and towards which it fictionalises and catalyses in a rhizomatic way various accounts that clear a space for thinking about the notions of community, archive and future from various angles.

<eye-framing=OM7> is a project organised by the curatorial team consisting of Bella Araneda Puentes, Germina Bastardas, Arthur Brun, Juan Antonio Cerezuela Zaplana, Zahira Dehn Tutosaus, Diana Juanpere Dunyó, Victoria Ellm, Santiago Parra Barrios, Ivana Pinna, Anna Stec and Laura Zapata. It is co-ordinated by Christian Alonso and Olga Sureda. It is being run as part of the practical phase of On Mediation/7 Programme of curatorial studies, directed by Martí Peran. With the support of La Capella. 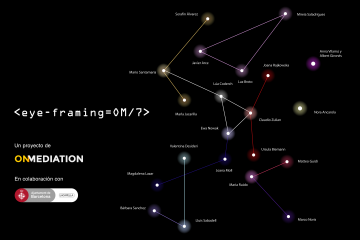