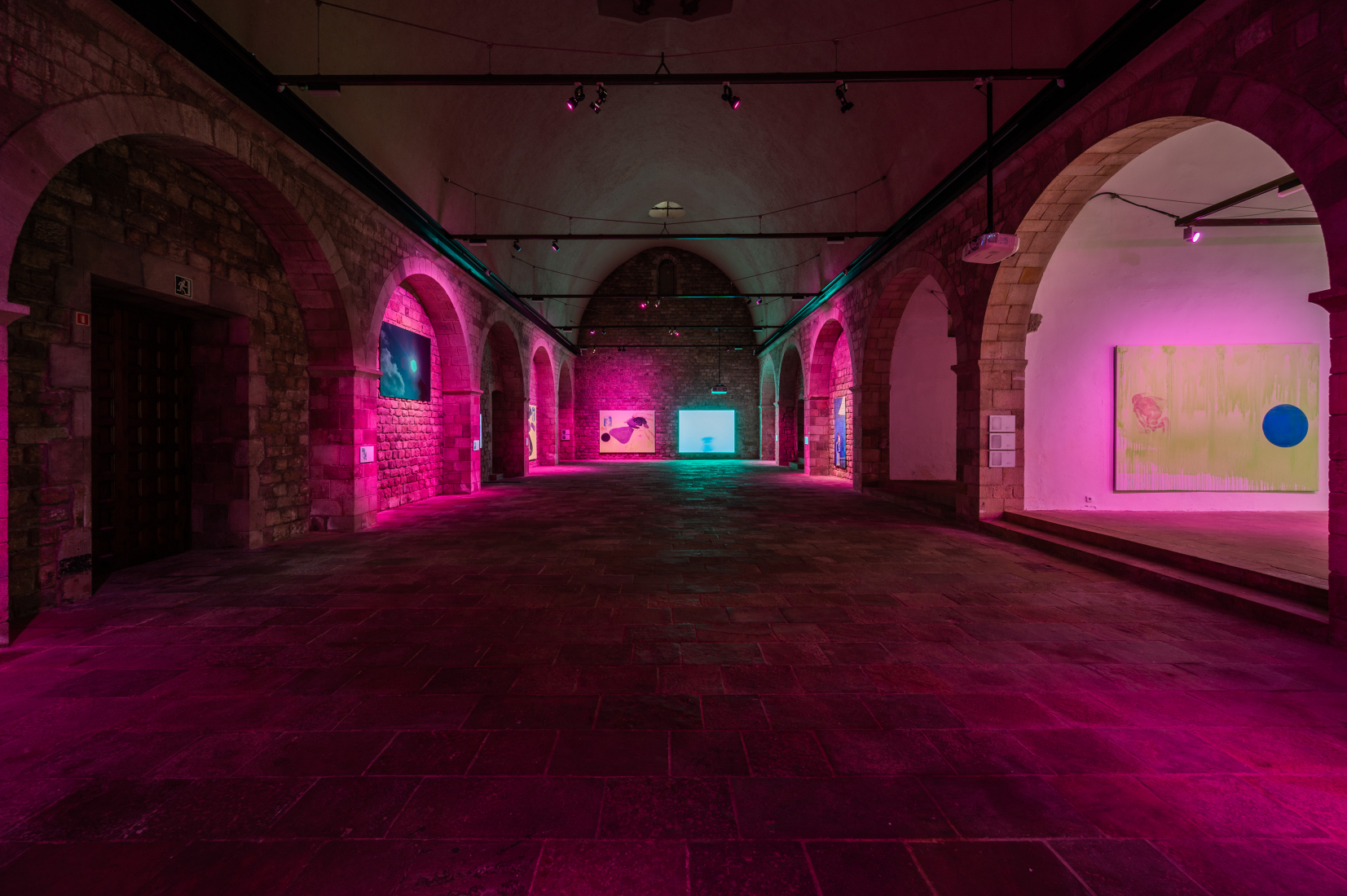 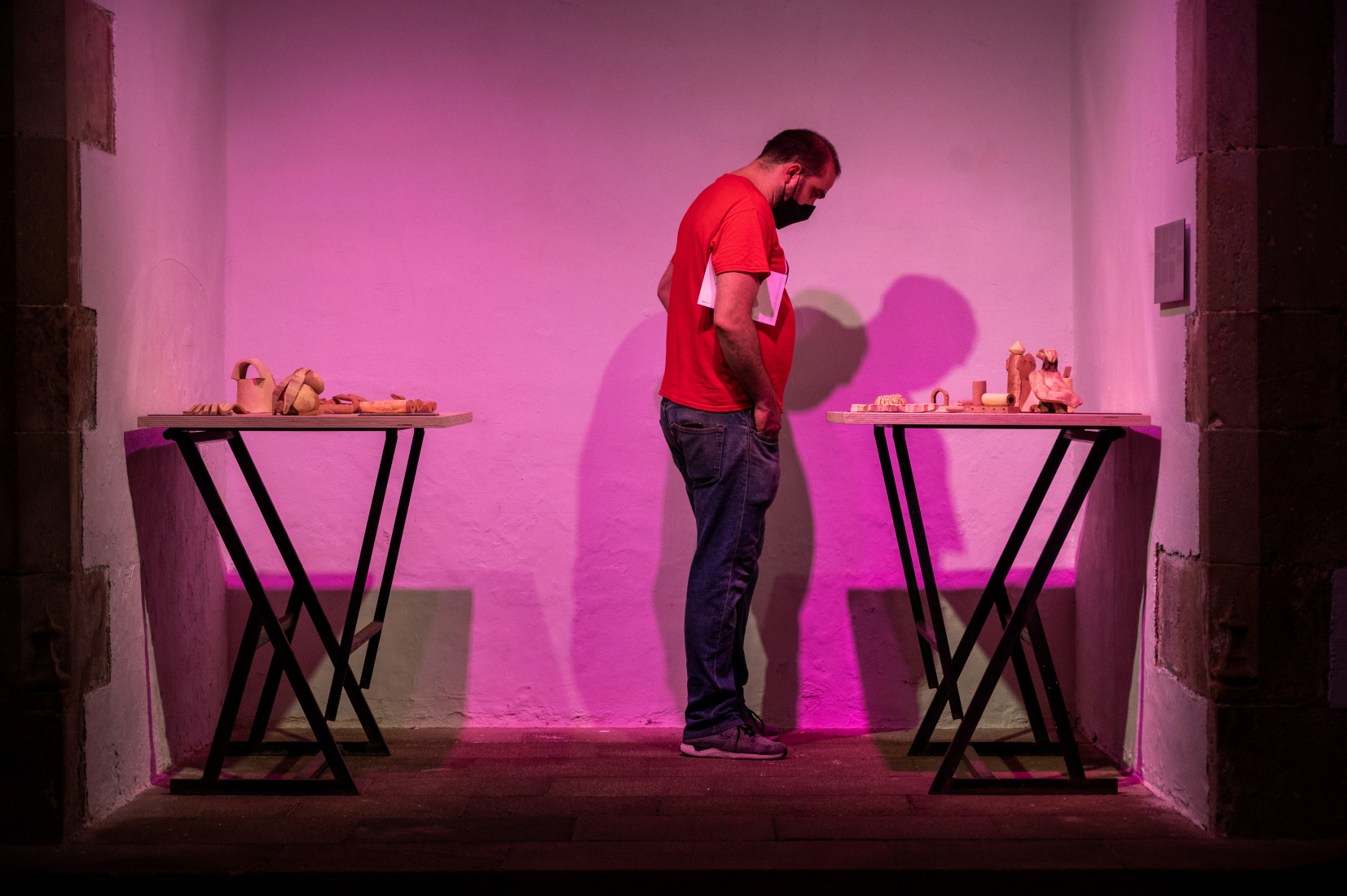 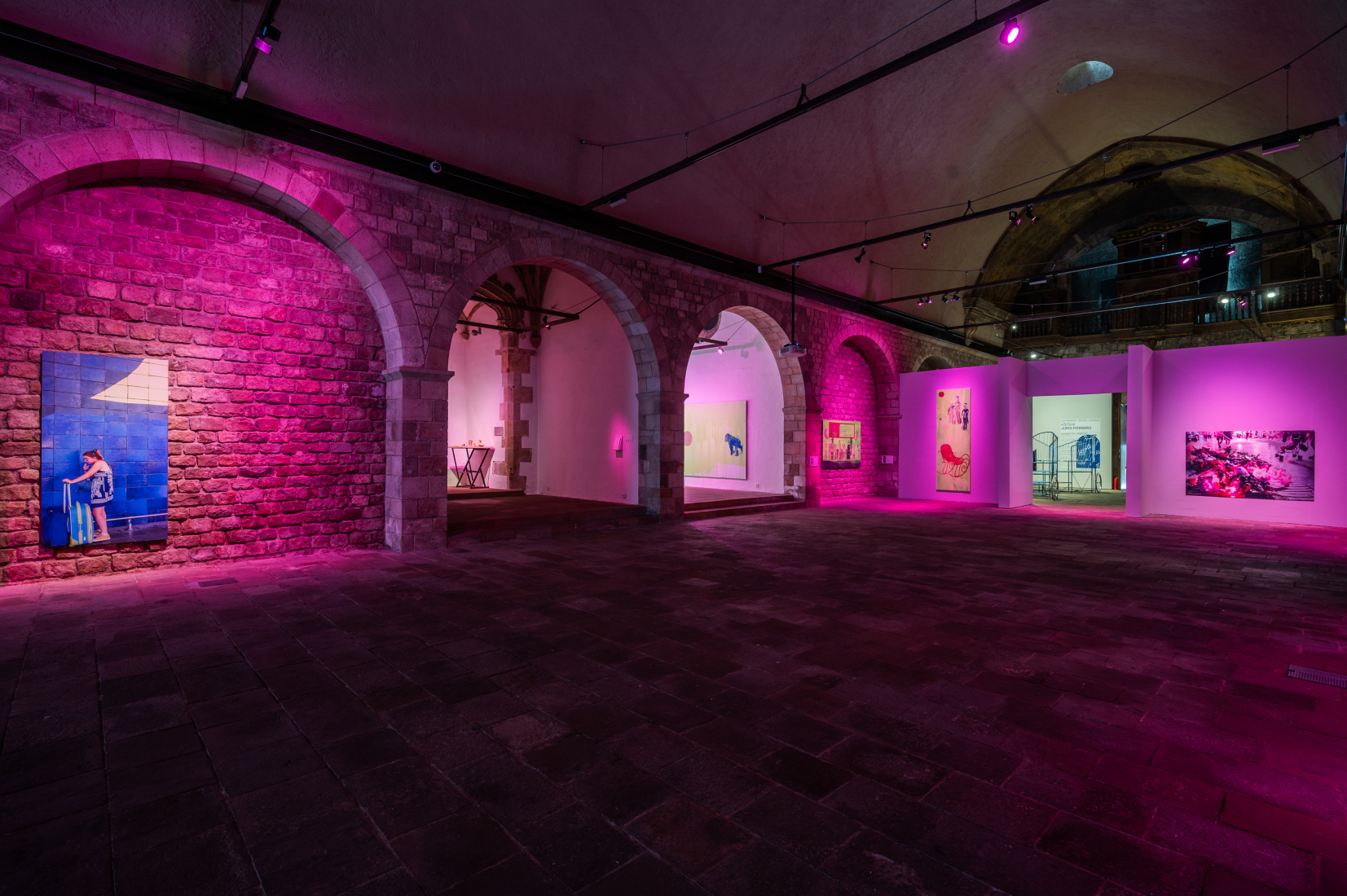 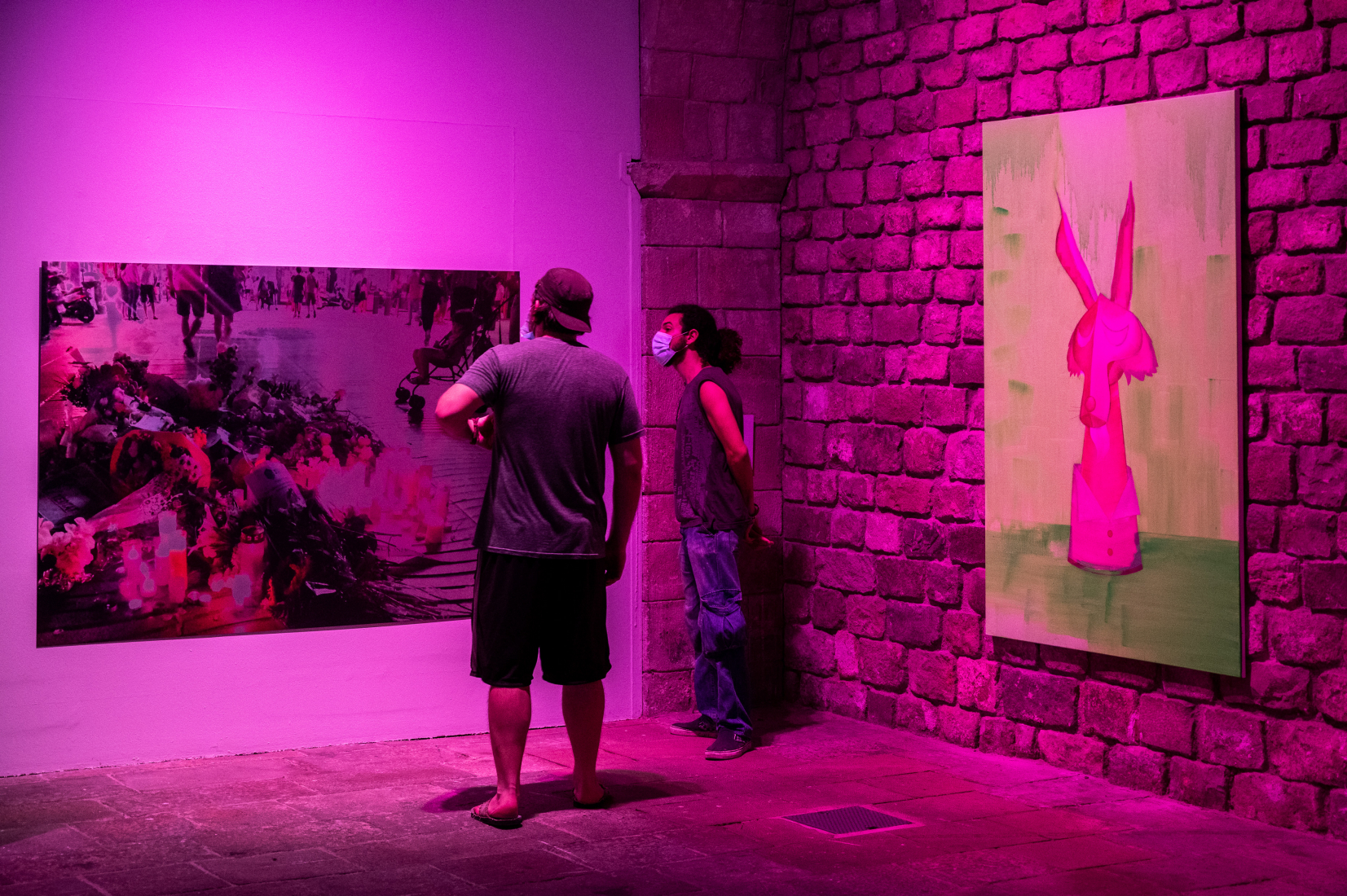 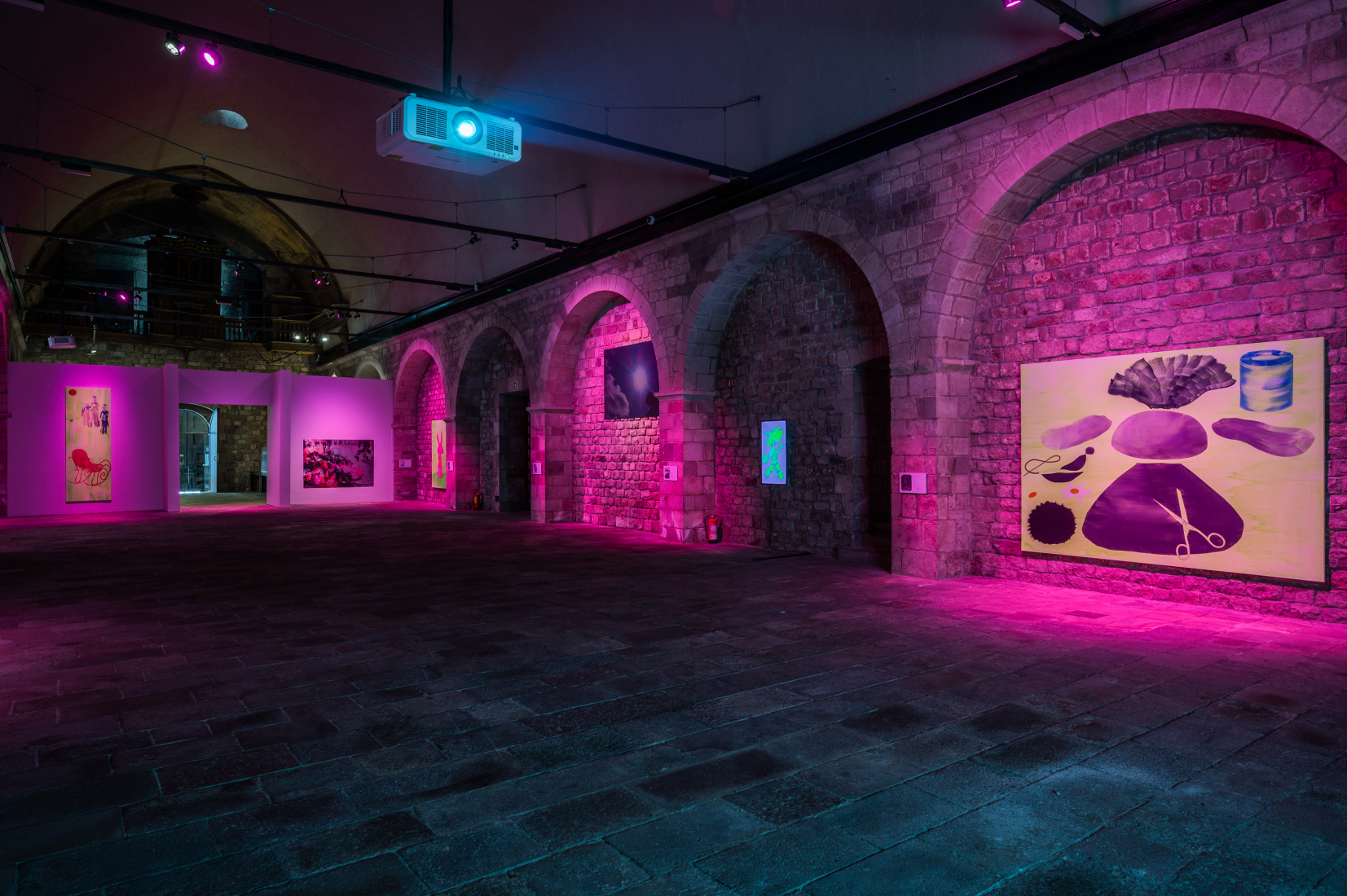 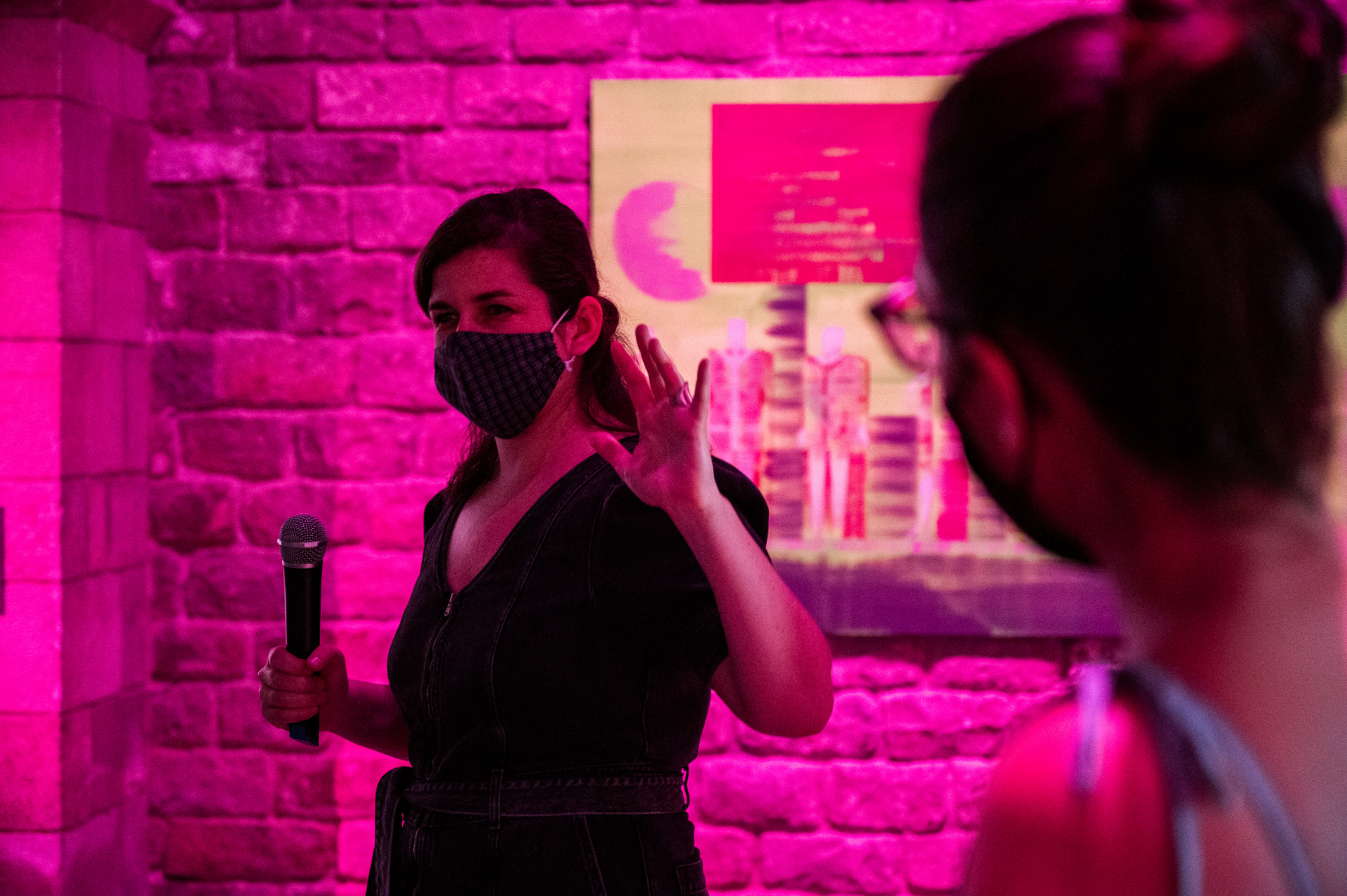 Lola Lasurt’s exhibition Joc d'infants (Children’s Game) looks back at the retrospective Miró. Barcelona 1968-69, the first contemporary art show presented at La Capella. Through a new series of paintings, photos, videos, and ceramics, Lasurt addresses the socio-political turmoil in Spain at the end of the 1960s. She depicts imagery related to childhood published in the national press during the three-month state of emergency declared in Spain just a few days after the Miró exhibition had ended. Lasurt therefore relates two forms of transition: a period of emergency from the perspective of both political and personal development. The title is a reference to the ballet Jeux d’enfants by the Ballets Russes de Monte-Carlo, with music composed by Georges Bizet, libretto by Borish Kochno and sets and costumes by Miró, performed at the Liceu in 1933. 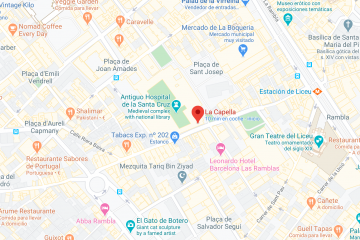 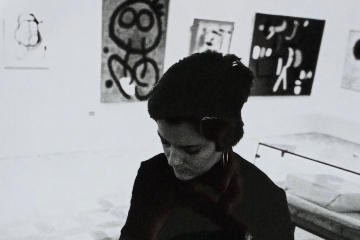