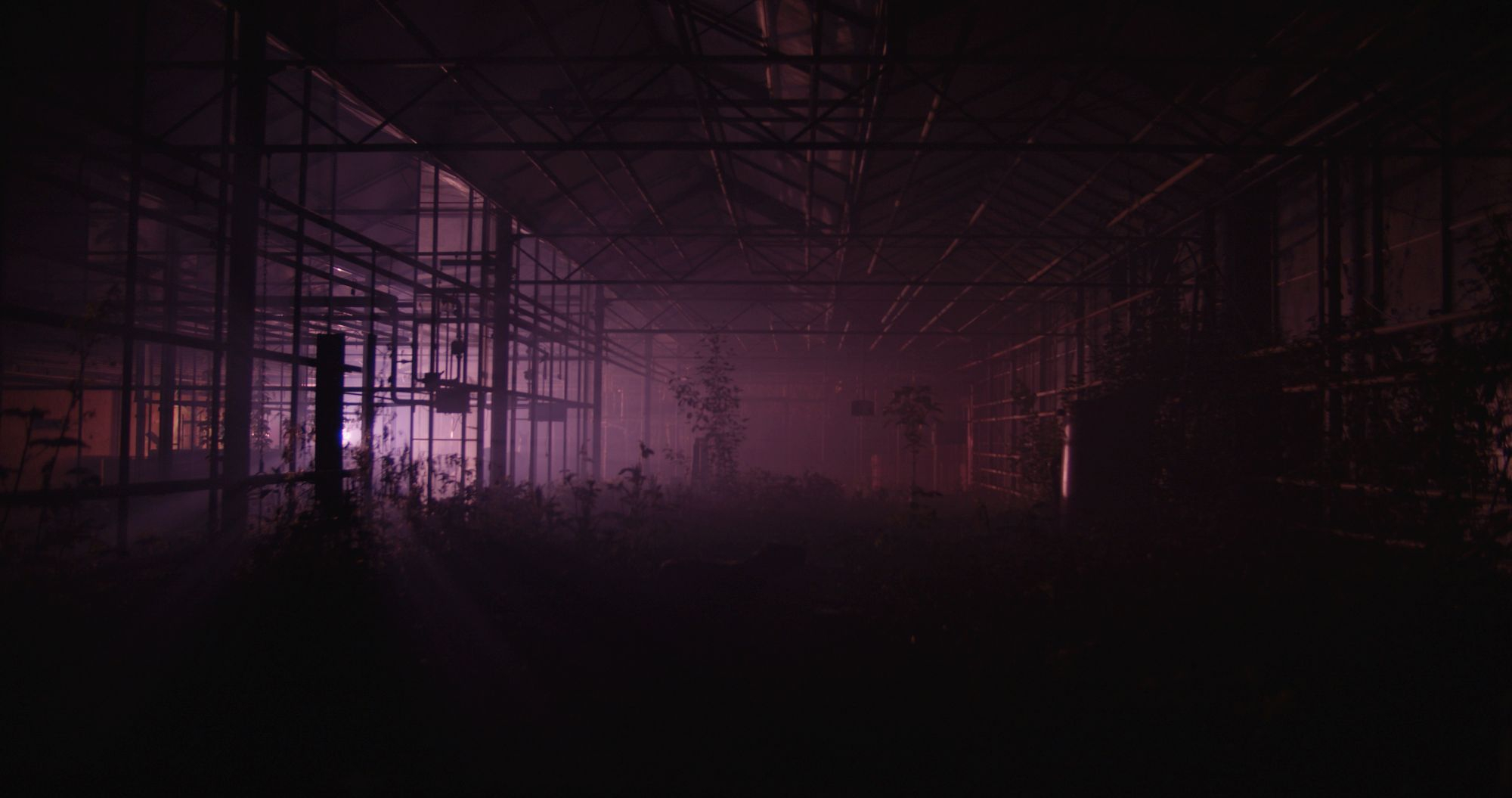 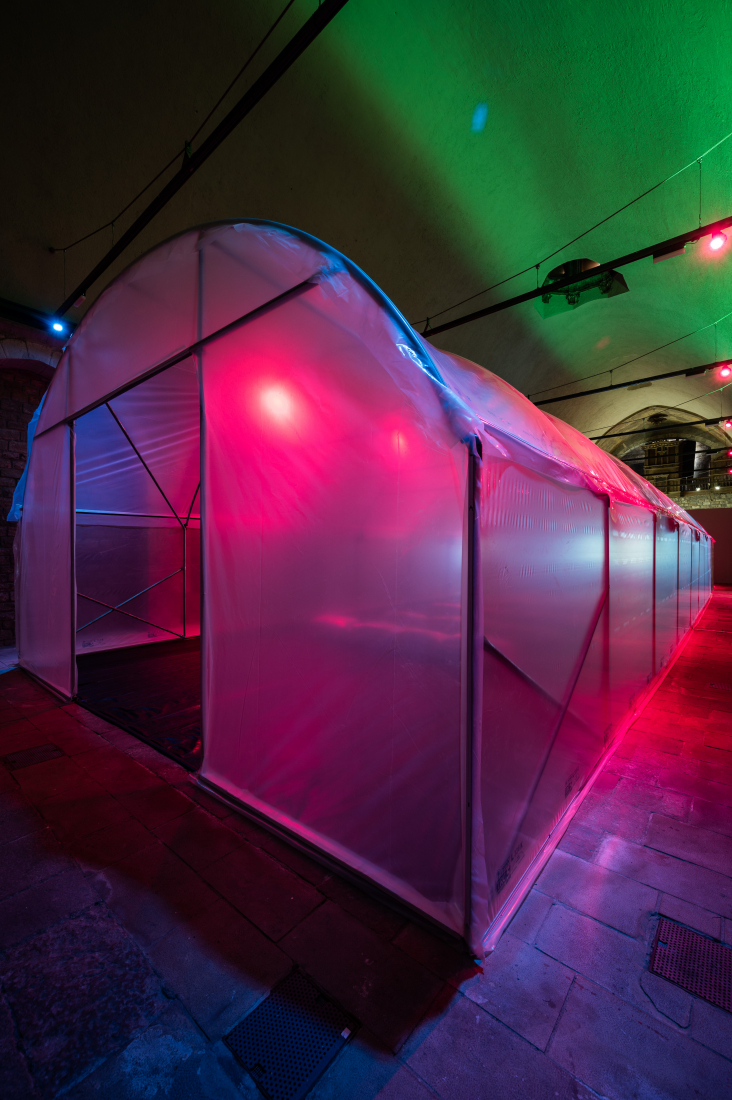 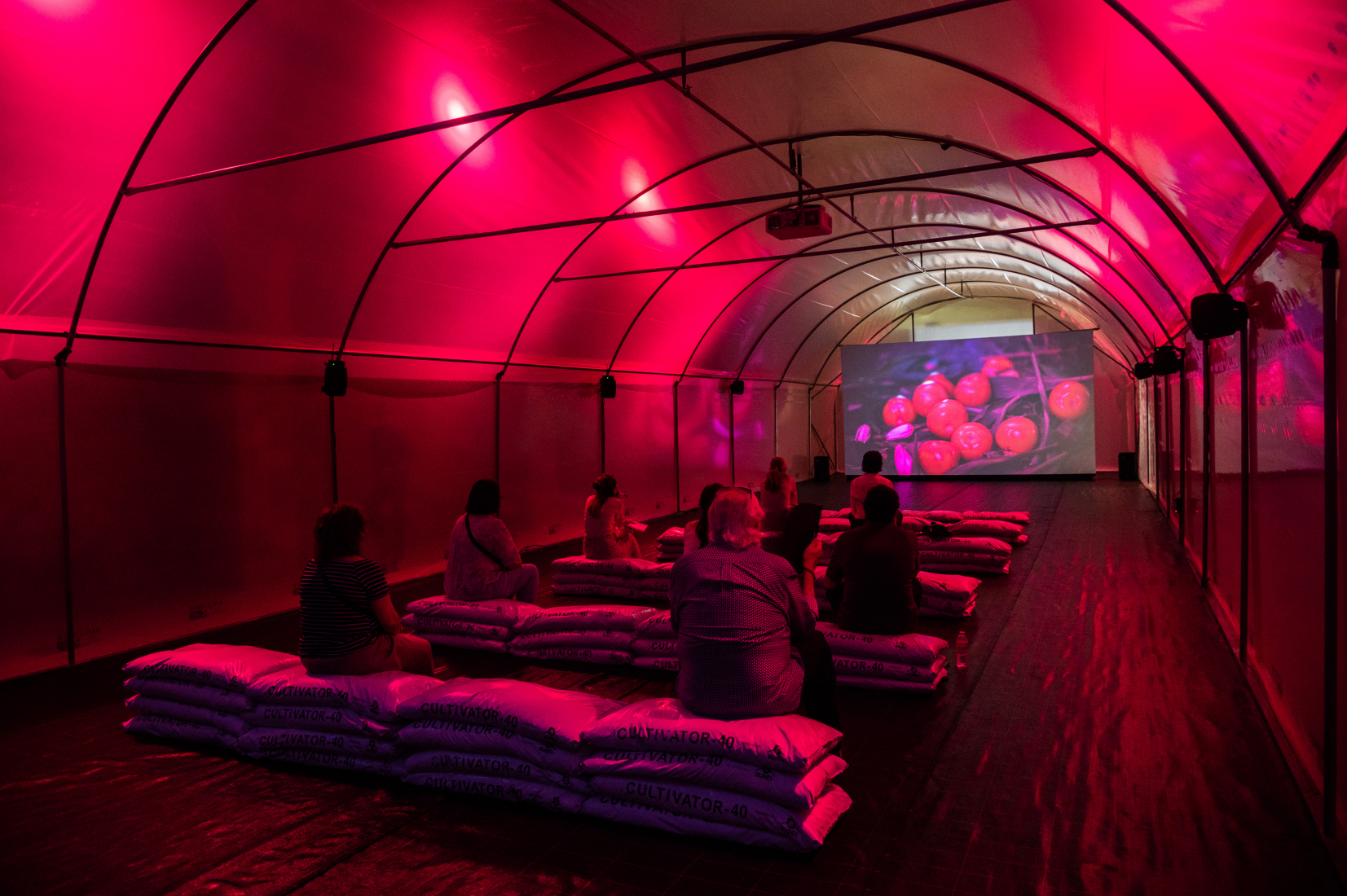 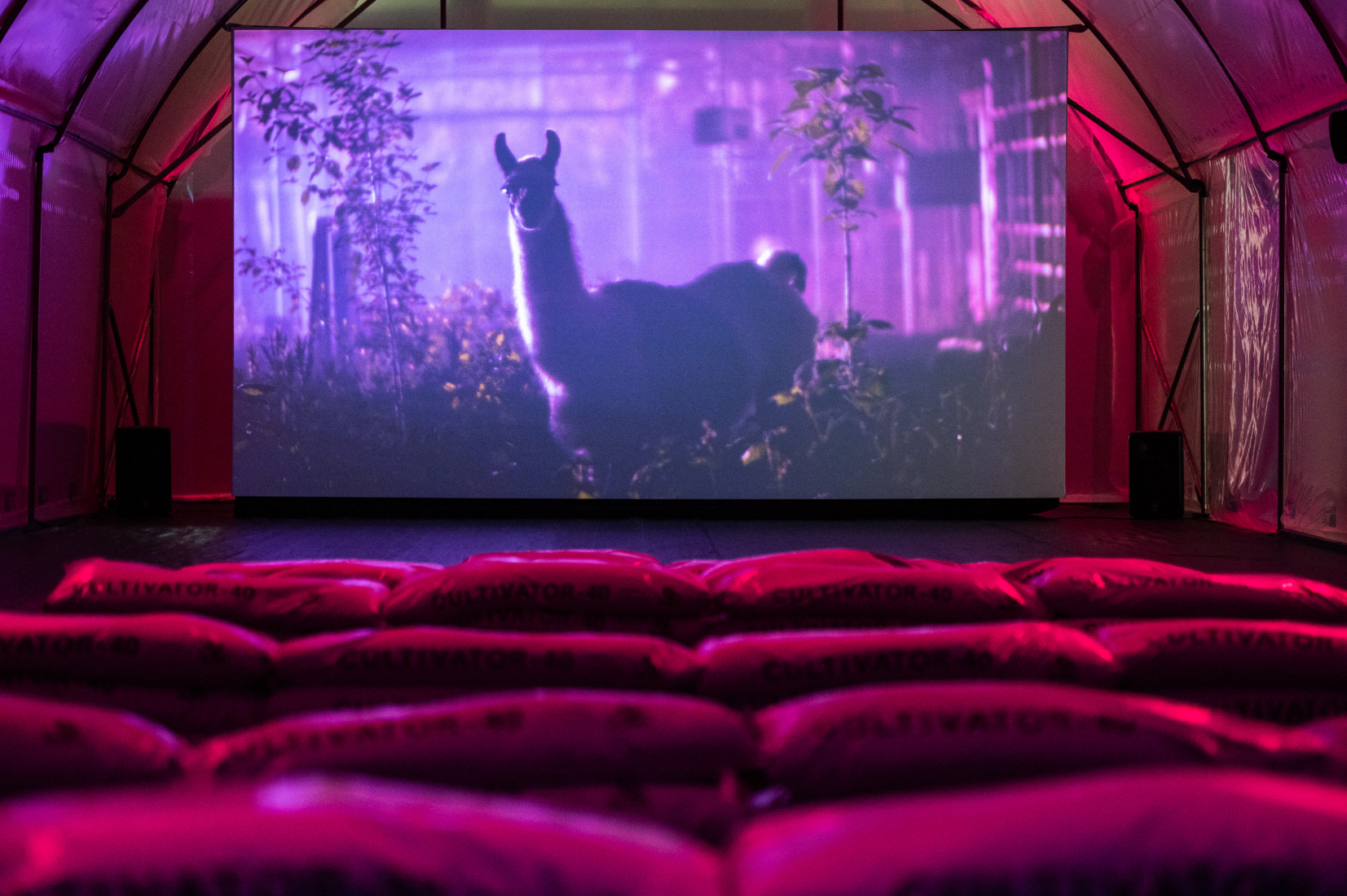 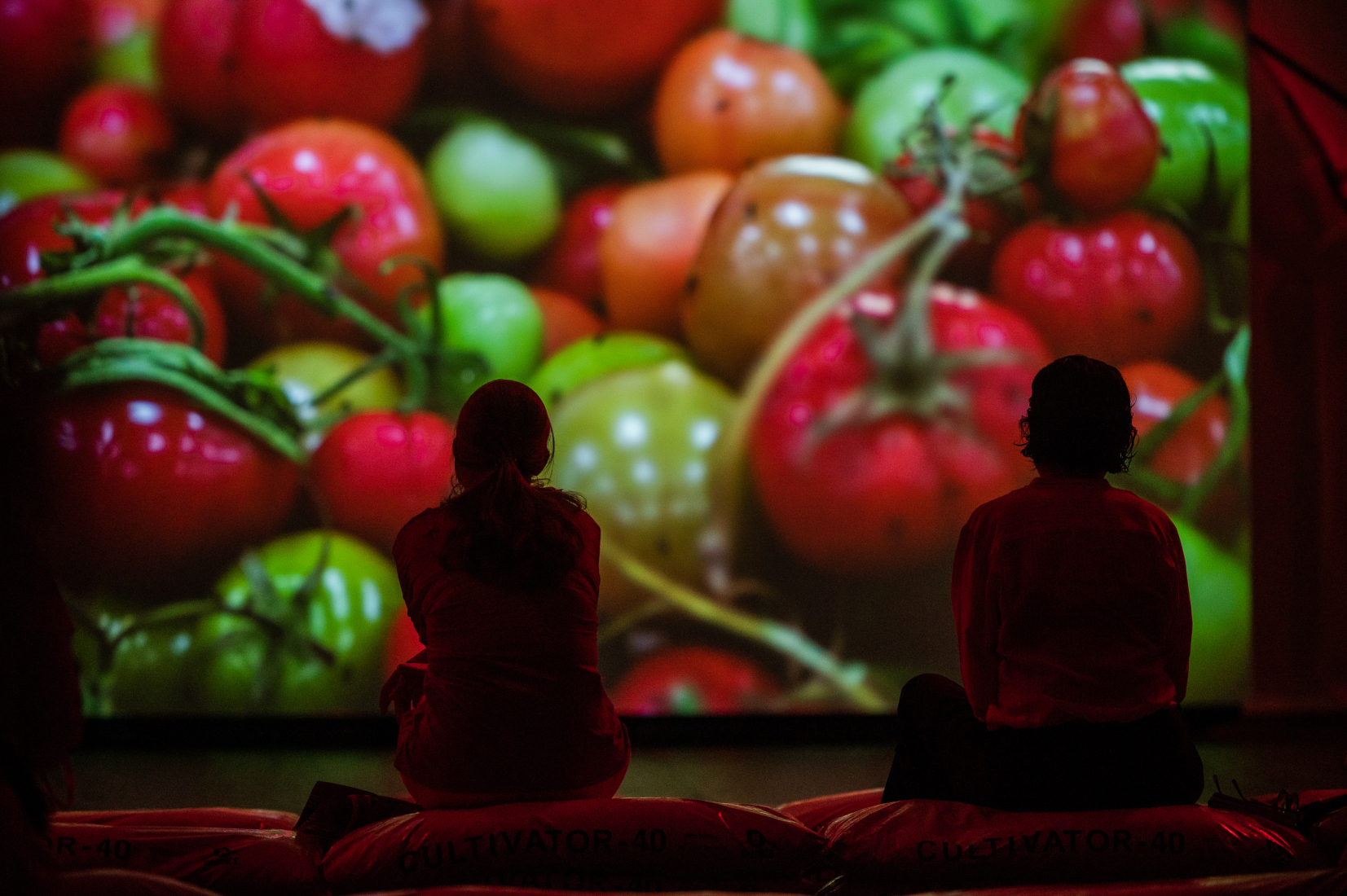 Agrilogística (Agrilogistics) is an exhibition about the uses of automation and imaging technologies within the context of industrial agriculture and horticulture. It is an invitation to a sensory journey in which the role of high-tech greenhouses in ecological transformations and the future of food production is explored through the moving image. The exhibition proposal revolves around an installation that suggests a shift from the hypnotic, kinetic space of the assembly line to a dreamlike space of the plant, animal and machine world. Image production and agro-industrial production are indiscernible from each other in a show about the very production of images, about cameras that film cameras, about images that become amalgams of data, about non-human actors that call into question the very notion of fiction.

Gerard Ortín Castellví (Barcelona, 1988) is an artist and filmmaker. He graduated in Fine Arts from the University of Barcelona, has an MFA from Sandberg Instituut in Amsterdam and an “Artists’ Film and Moving Image” MA from Goldsmiths (University of London), where he is currently studying for a PhD and teaching Critical Studies in the Fine Arts degree. He has exhibited at the Fundació Joan Miró (Barcelona), as well as Tabakalera (San Sebastián), Stedelijk Museum Bureau of Amsterdam, Office for Contemporary Art (Oslo), Open (Reykjavik) and Seager Gallery (London). His works have been screened at places such as the Centre Georges Pompidou (Paris), LUX (London), Anthology Film Archives (New York), Zumzeig Cinecooperativa (Barcelona) and Numax (Santiago de Compostela). His latest film, Reserve, received a mention for best short film at the 42nd edition of the Cinéma du Réel Festival.

He has worked with the Estrany-de la Mota and àngels barcelona galleries and often collaborates with the Tractora Koop filmmakers and artists cooperative, as well as with the Pirenaika production company.

With the support of: 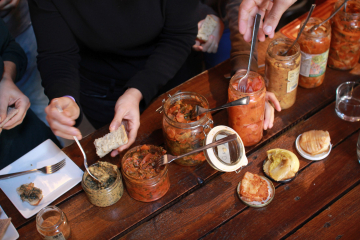 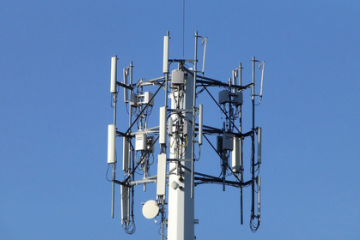