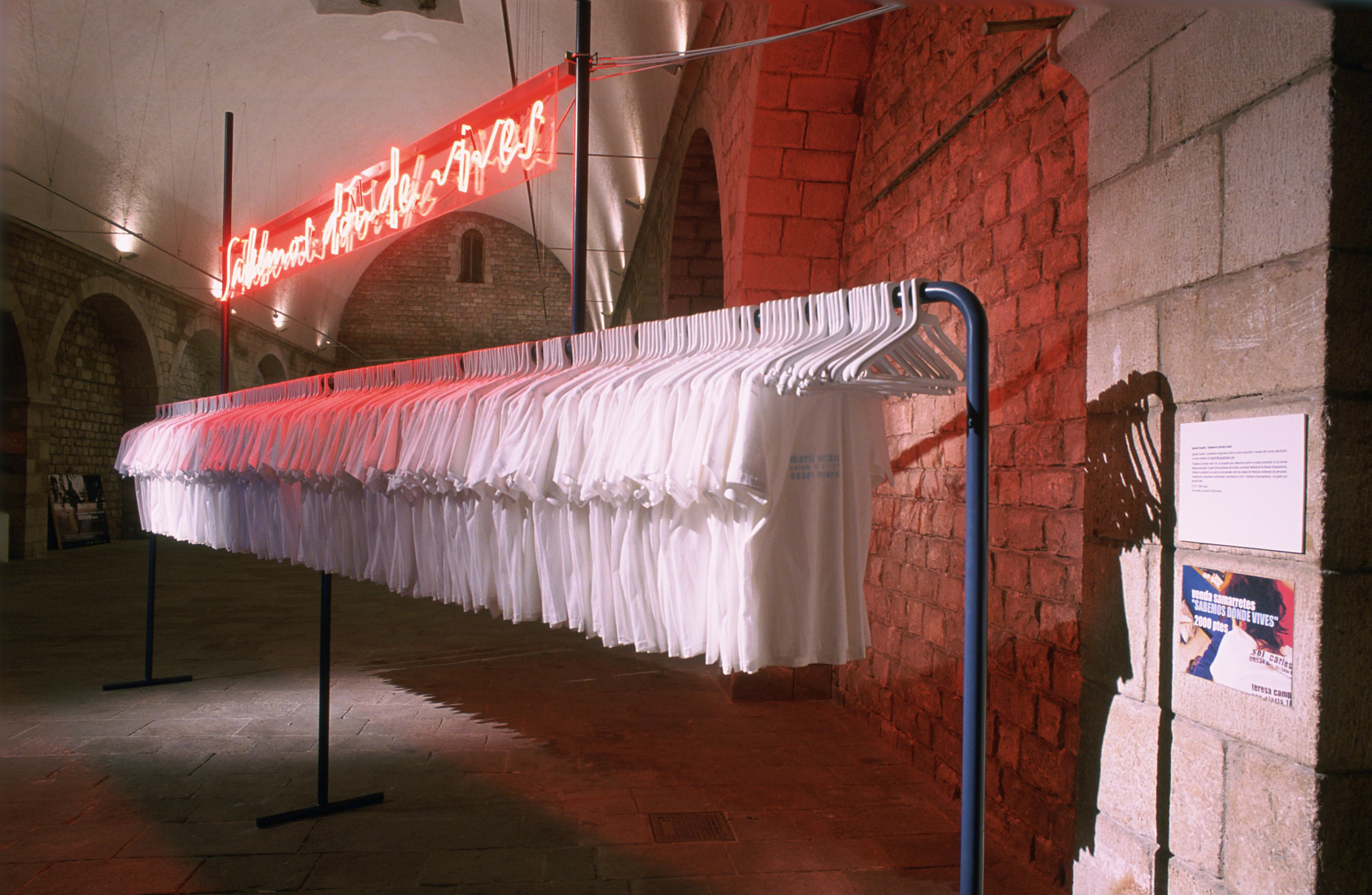 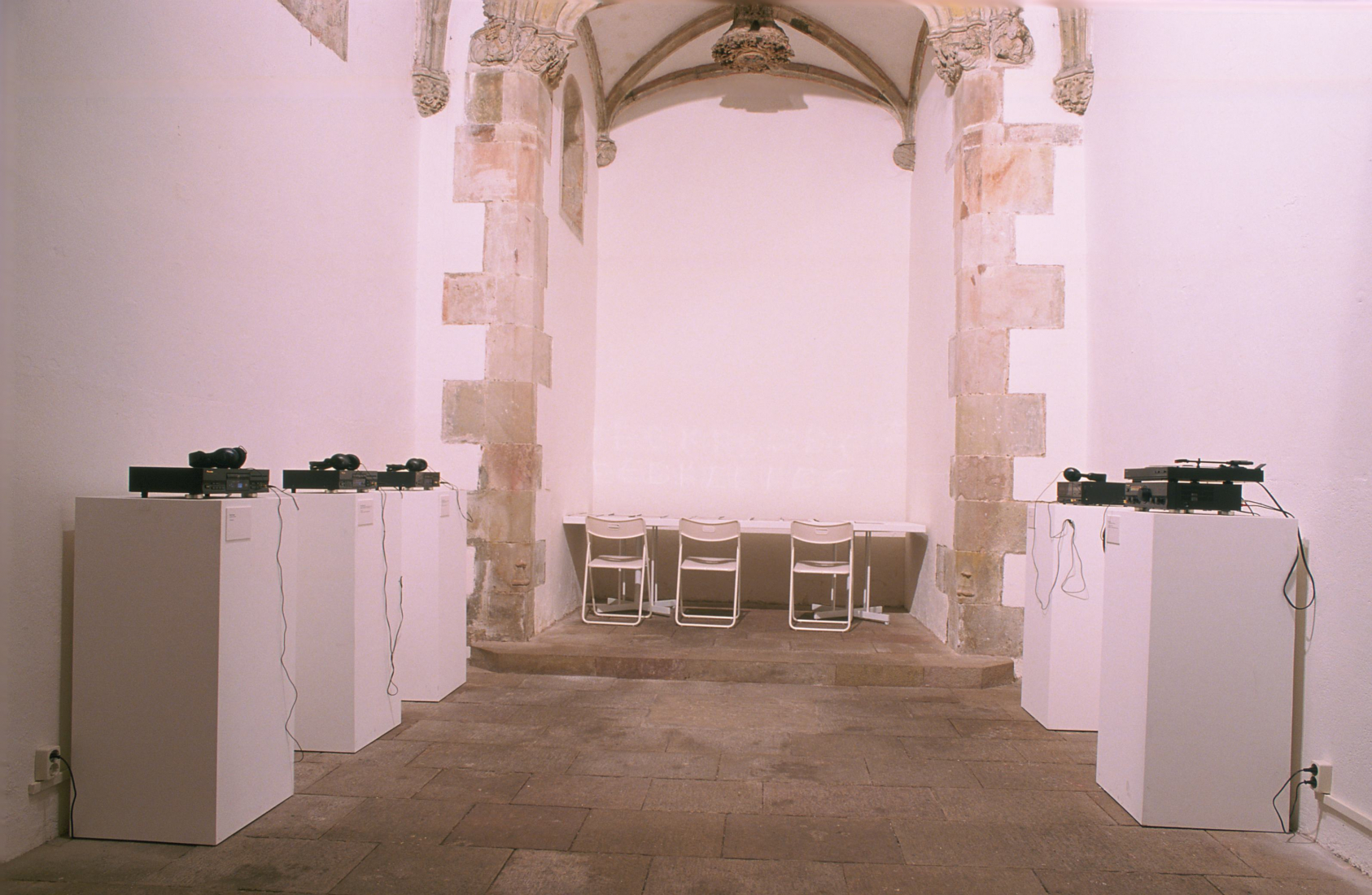 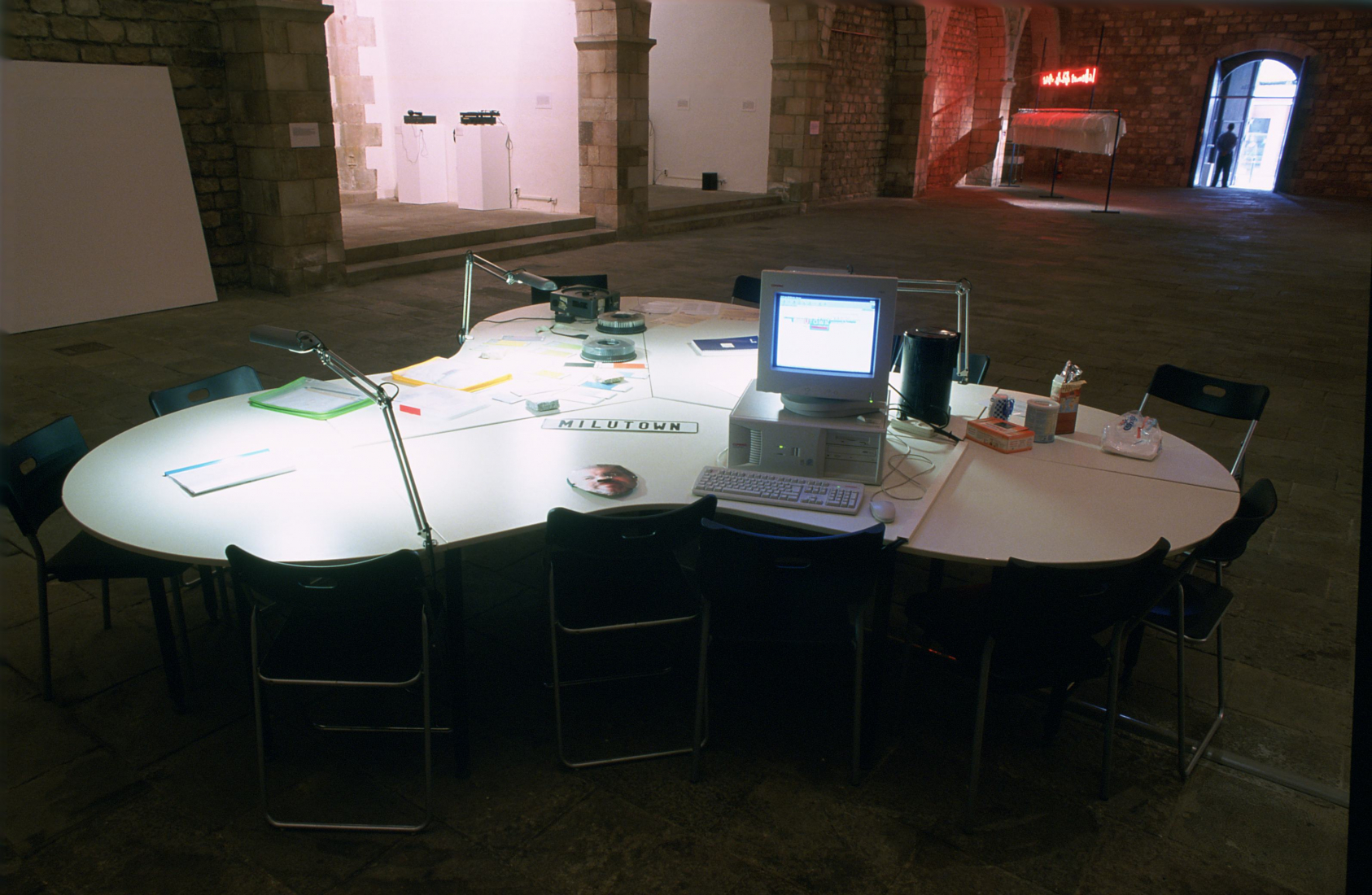 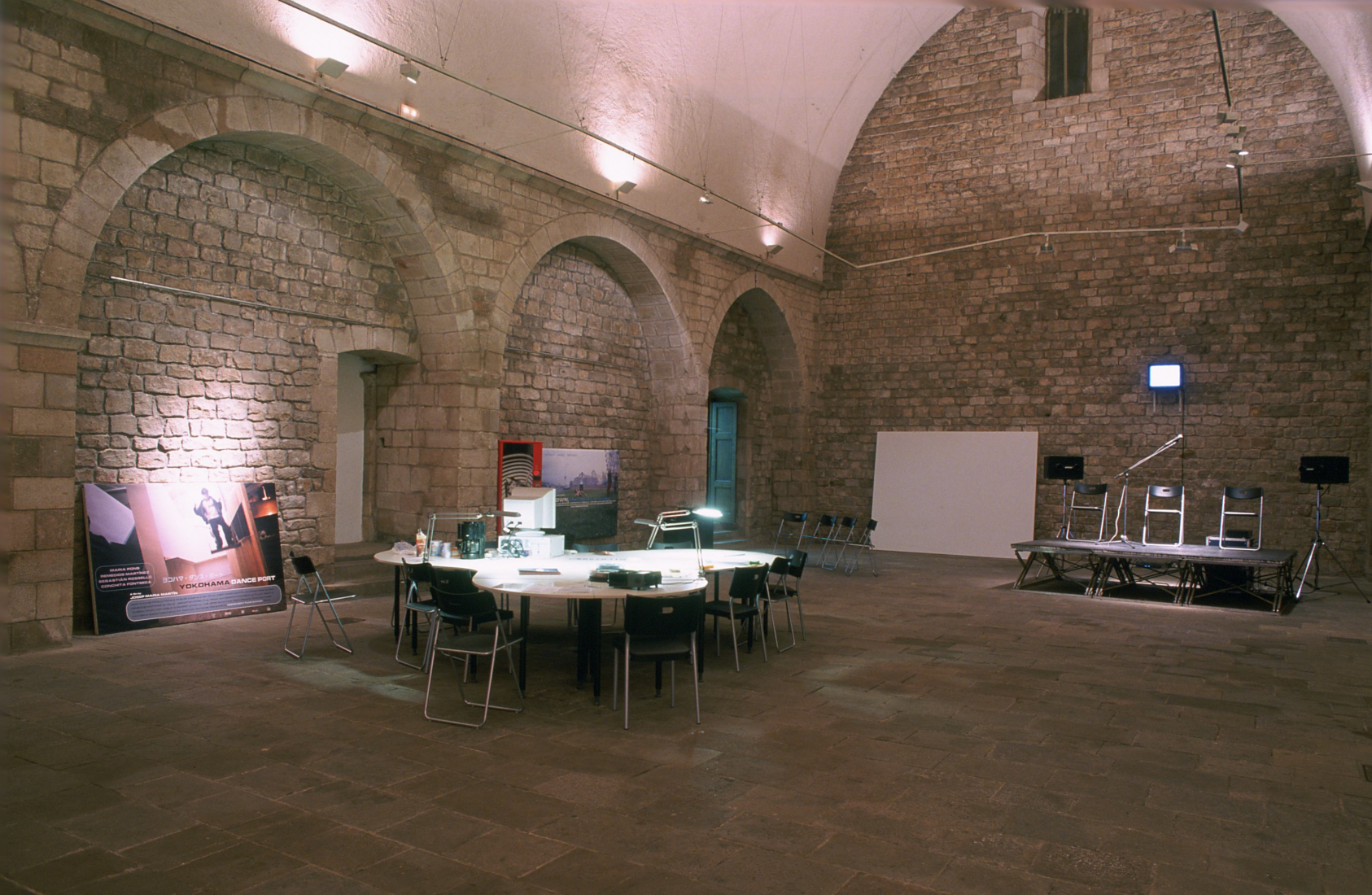 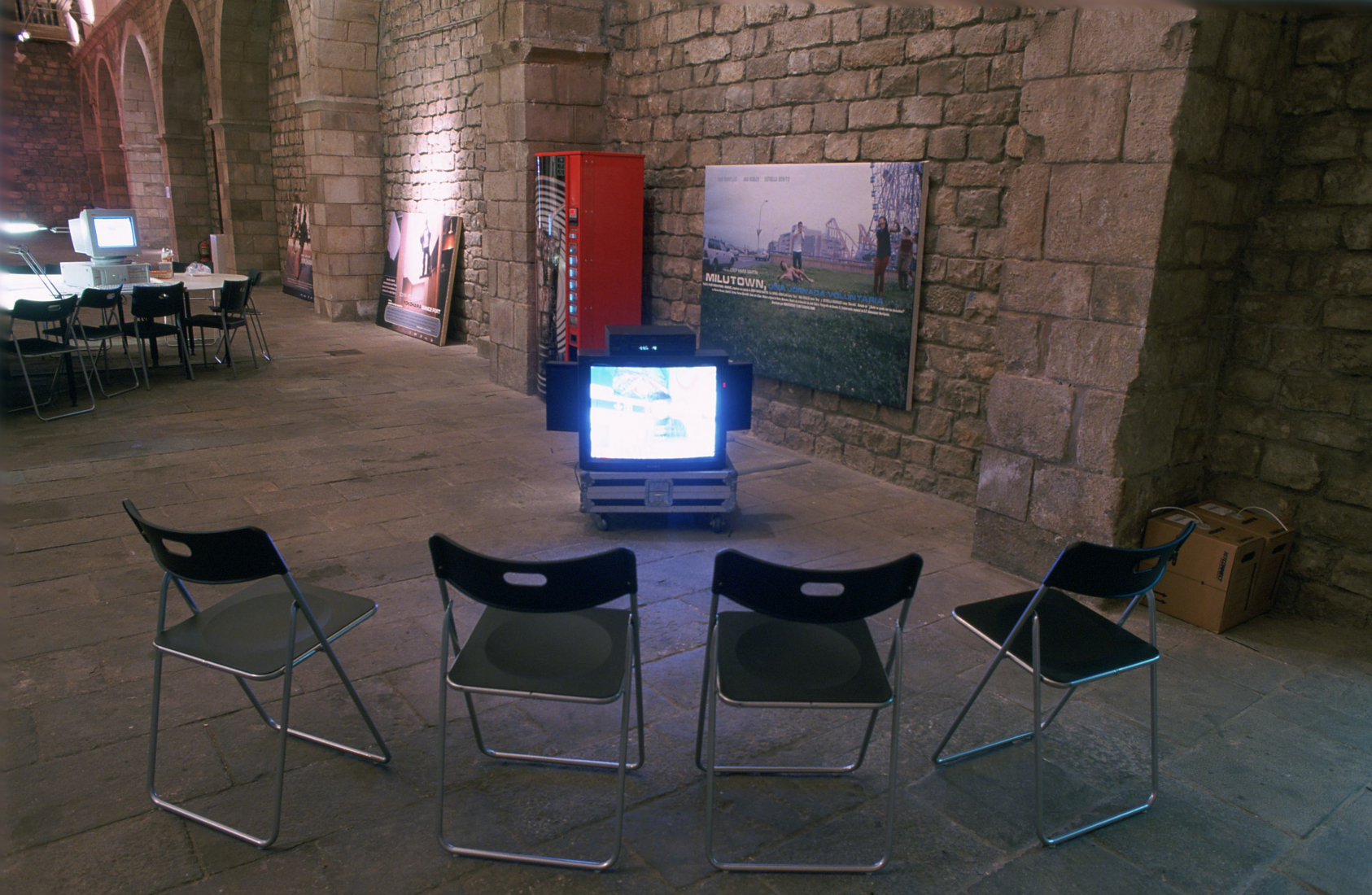 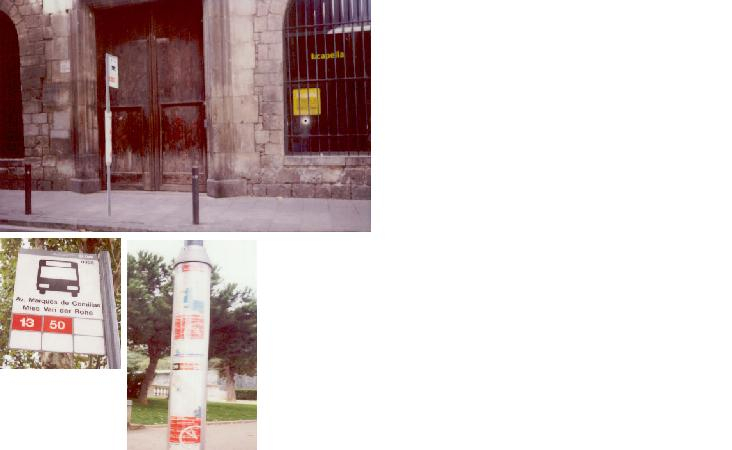 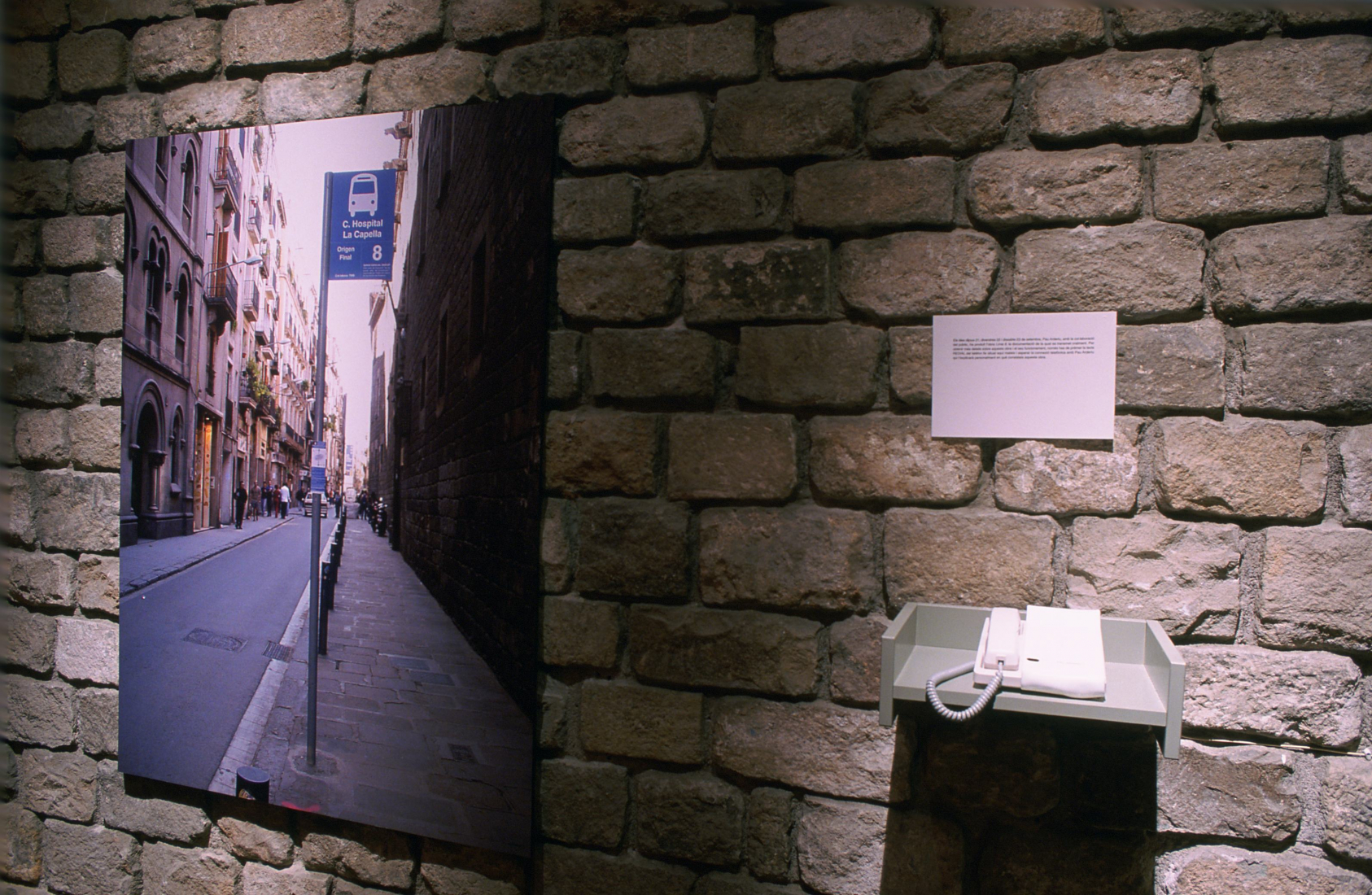 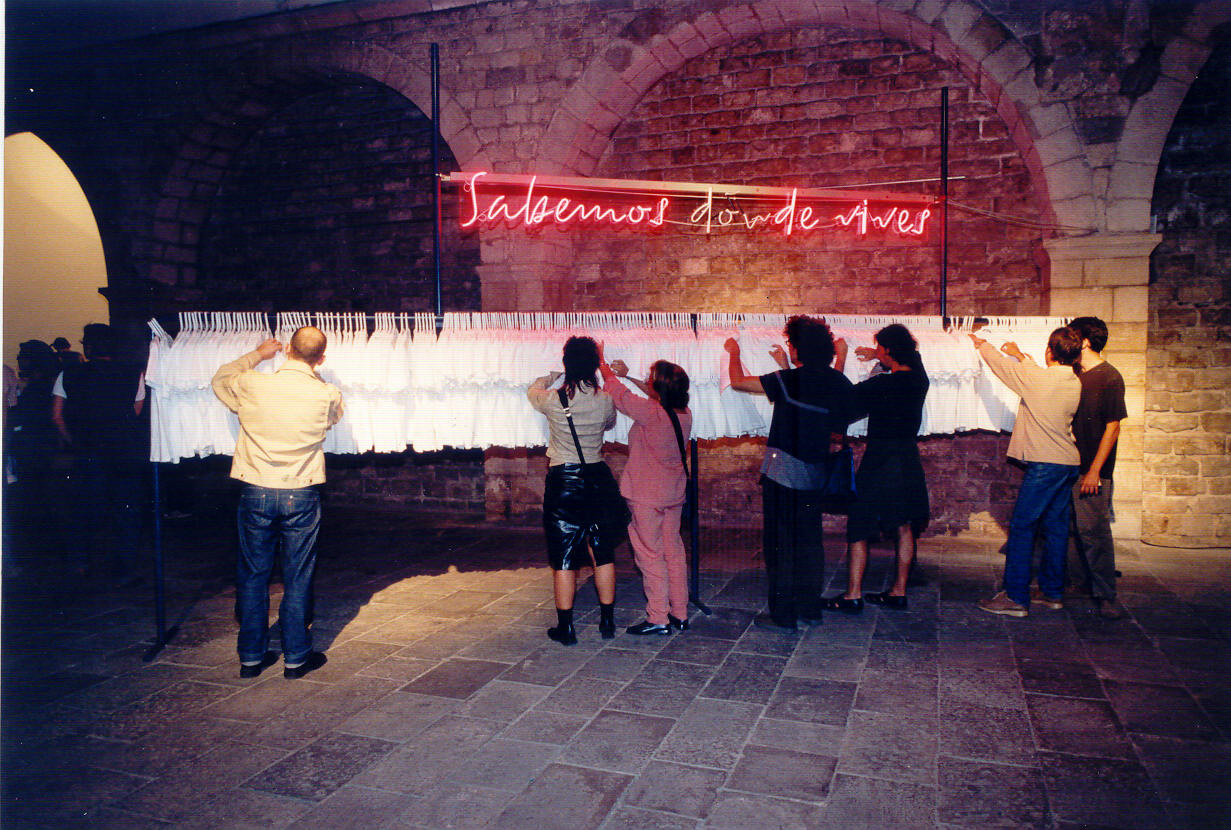 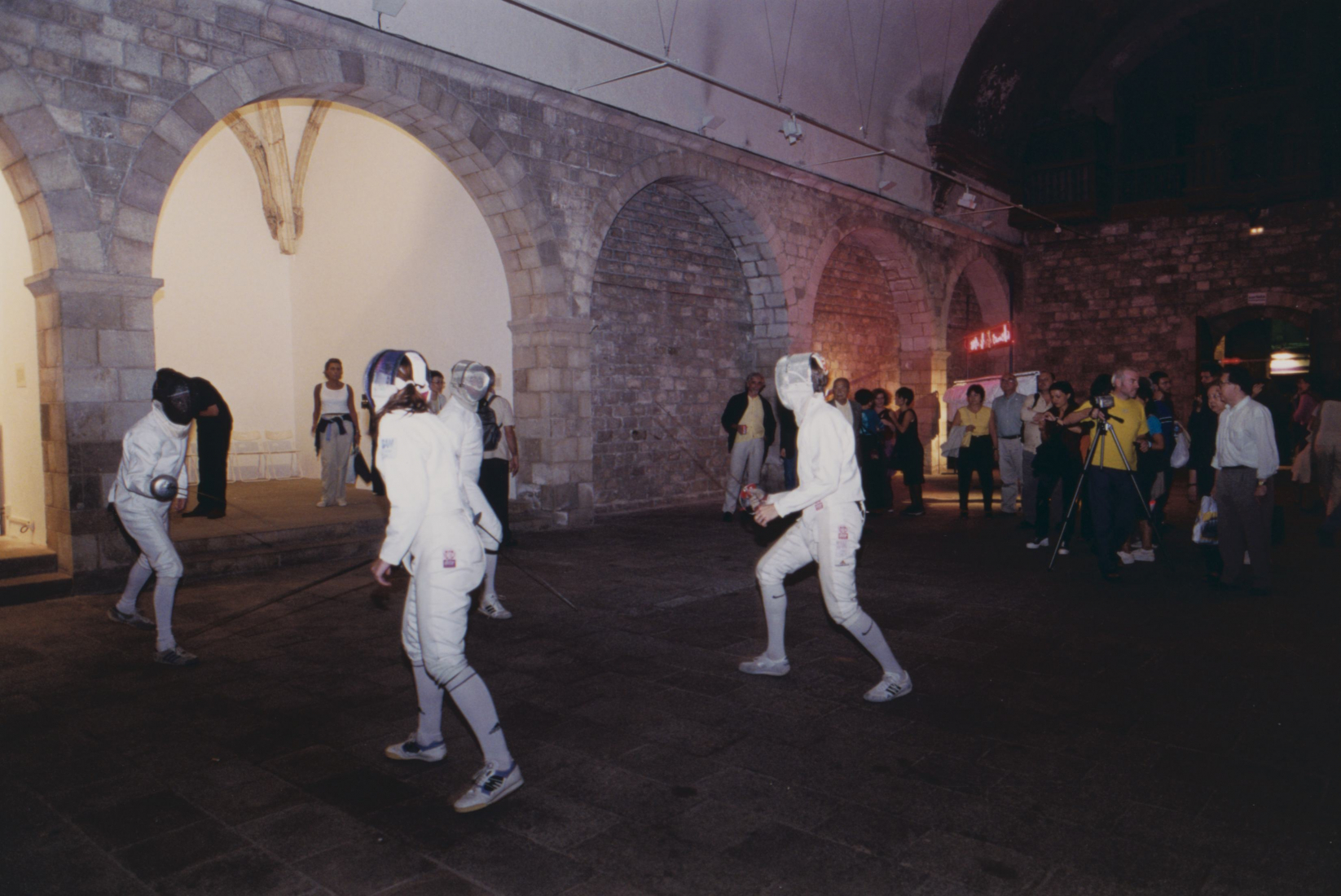 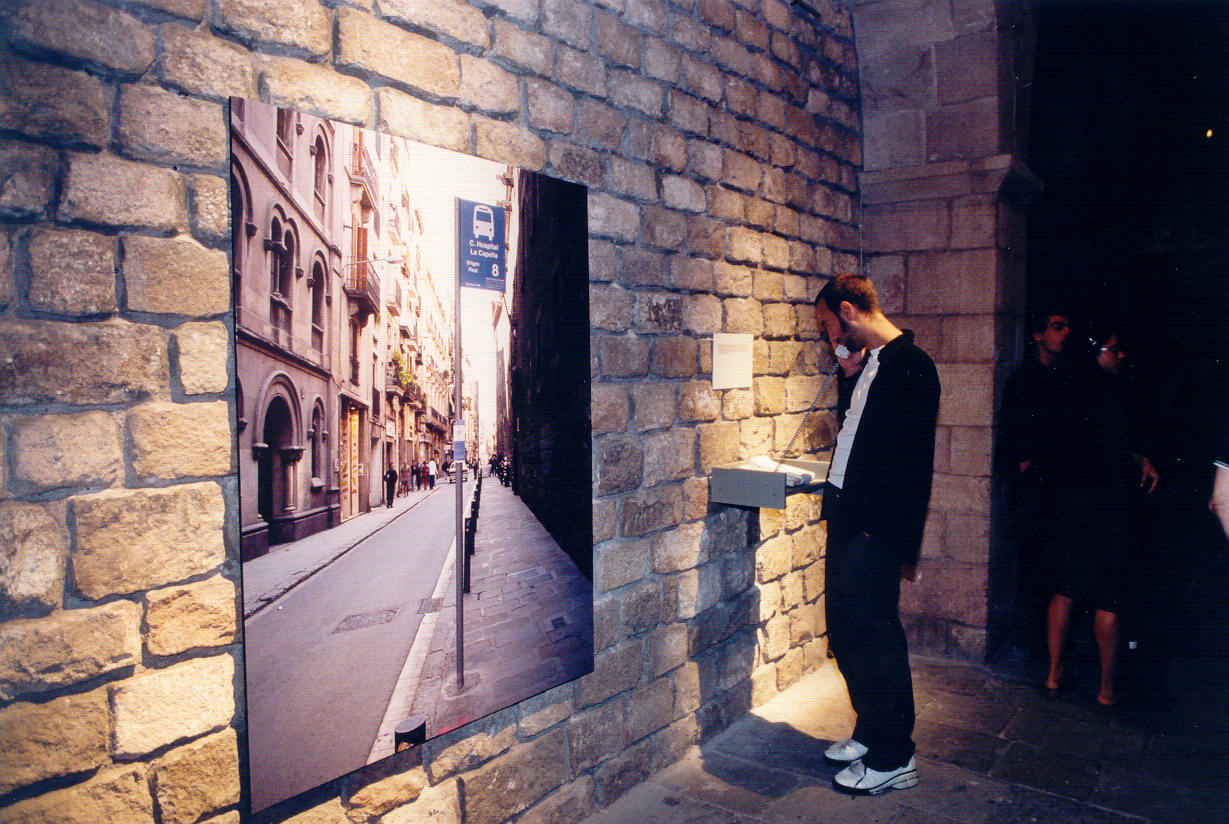 Who keeps the profits?

“Who keeps the profits?”

One of the features of art is to maintain a dialogue or tension with the world. It is not a conformist dialogue; rather, art imposes a critical relationship with the surrounding reality. The mechanisms to carry out this critical questioning do not necessarily depend on explicit indictment of certain hegemonic models. This indictment of specific and, probably, unfair situations has very often proven ineffective, naive or simply collaborationist. A committed or questioning attitude can also arise if the work of art is proposed as a place in which to make contacts, where occasional bonds are established with the individual.

Addressing people, forcing them to enter an unproductive logic, may be a radical form of commitment in this day and age. In a world where the market conditions our individual and collective behaviour, the art space may be a place for bargaining away from the market, bargaining in which we use its logic to our benefit, to produce a different type of attitudes that lay bare commercial and economic tactics and introduce new mechanics of social, cultural and subjective relations.

In this game, nobody's innocent, nobody's guilty. It's simply no longer possible to ask who is guilty. We all are: liars, vandals and pirates. Here we join in a game where there's nothing to win and nothing to lose: the important thing is being able to play, to create the playing space.

'Who keeps the profits?' proposes the creation of a space for recreation, relations and exchange, where the spectator becomes the protagonist of a series of proposals that call into question our relationship with art, use the exhibition and institutional media themselves to organise an “anarchic event”, reveal the varied uses of our personal details, ask us about our role in the speculative and consumer system, and where our own attitude and behaviour take centre stage.

The aim here is not to answer the question as to who benefits from what, but simply to make sense of a medium: art. To do this, the artists participating in the exhibition make use of economic, cultural and institutional structures to call them into question and introduce different types of logic or exchange.

Óscar Abril Ascaso was born in Barcelona in 1966. He studied history of art at the University of Barcelona. Alongside his work as a commissioner and organiser of events such as Sonar, he has developed a work that he has called "Oaa soundworks", in which action music, soundscape recording and didactic experiments all converge. So far, Oaa soundworks has followed three parallel paths, christened RMS (Ready-Made Sounds), LTM (Low-Tech Music) and MRP (Metareference Projects). They are all different approaches to these sonic phenomena, but share a practical and participative policy of exploiting some of the historical legacies of 20th-century sound art.

For La Capella, he has prepared a sound exhibit that uses CD players to document different versions of silence. He also displays varied documentation summarising his work and experiments (RMS, LTM and MRP), exhibited at various previous shows.

Pau Arderiu was born in Barcelona in 1976. He studied sculpture at Escola Massana. He recently participated in an exchange programme at the Ecole Superieure des Beaux Arts in Marseilles, during which he produced a public sculpture in a local forest. He also showed a work at the group exhibition “From the art of sport. Artistic proposals in sports facilities”, held at Barcelona's Bernat Picornell Swimming Pool from November 1997 until January 1998.

Line no. 8 is Pau Arderiu's proposal for “Who keeps the profits?”. For three days, a bus line will be operating with only one stop, which is the start and end of the route. The bus stop stands at the entrance to the Capella. On the remaining days of the exhibition, Pau Arderiu will answer the public's questions about Line no. 8 on a direct telephone line. The artist's aim is to provoke reflection on the mental and private dimension that can be created on a public means of transport. To do this, he has simply removed the - in principle - useful reason for the bus.

Josep Maria Martín was born in Ceuta in 1961. The author of a stylistically diverse oeuvre, Martín has organised, among others, the travelling project Milutown.

Milutown is an idea that Josep Maria Martín has developed in different European and Asian cities. It is basically an excuse to exchange experiences and creativity with the spectator, who often becomes an active part of the work. In this case, the artist has prepared a collaboration with members of "Voluntarios 2000" and students with whom he had already collaborated in Perpignan.

Ignasi Duarte will answer questions about his biography via email. His address is iduarte@canalmetro.net.

With the aim of reflecting on privacy, Ignasi Duarte presents the project We know where you live. Using the exhibition facility's own mailing list, the artist has produced a series of T-shirts with the data of several hundred people. Each one will reproduce an individual's name and address and will be on sale to the public.

On Thursday, September 21, during the inauguration a Milutown session will be held: video, music, fencing, photography, performances ...