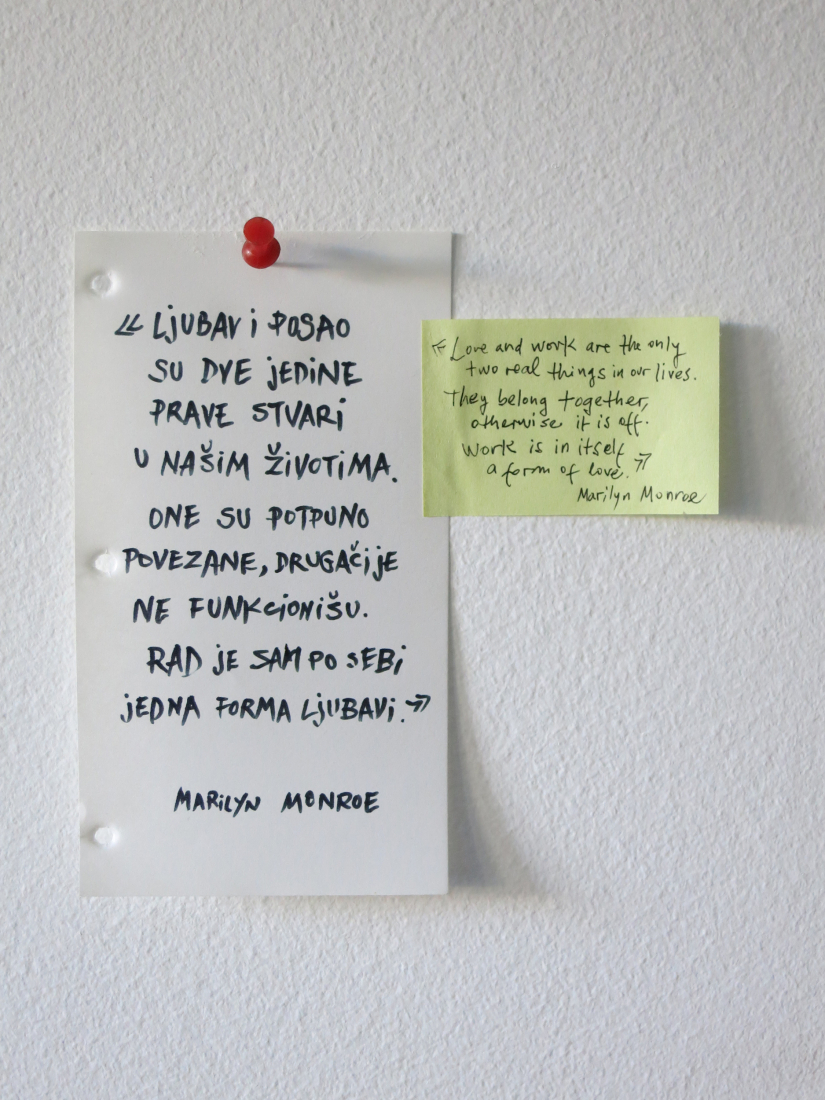 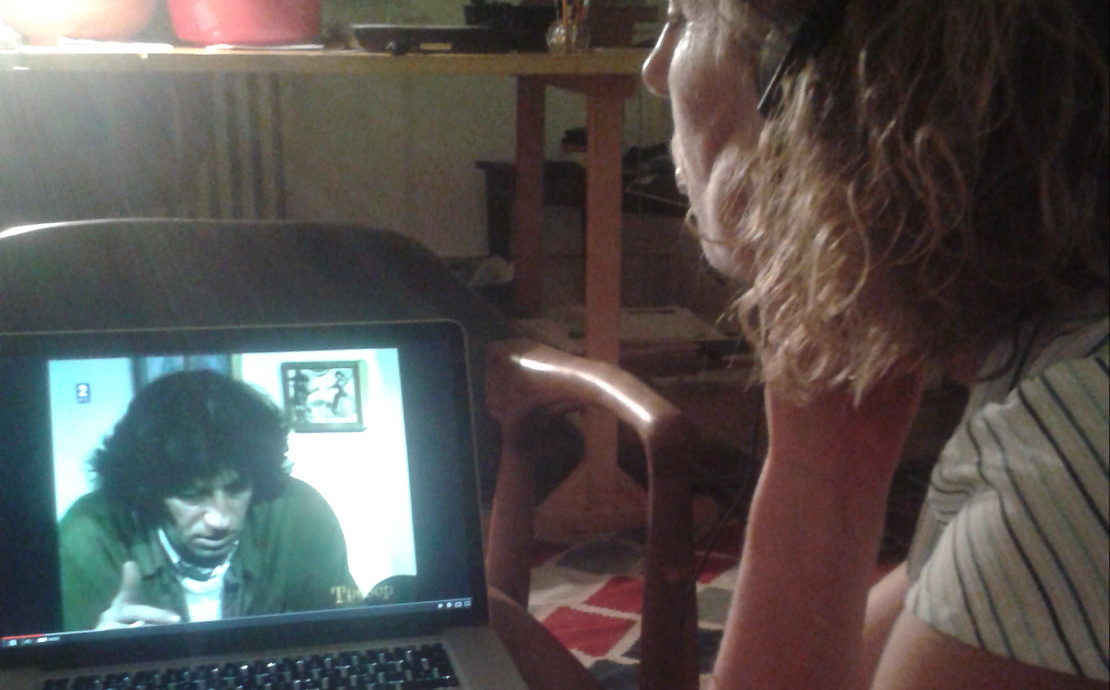 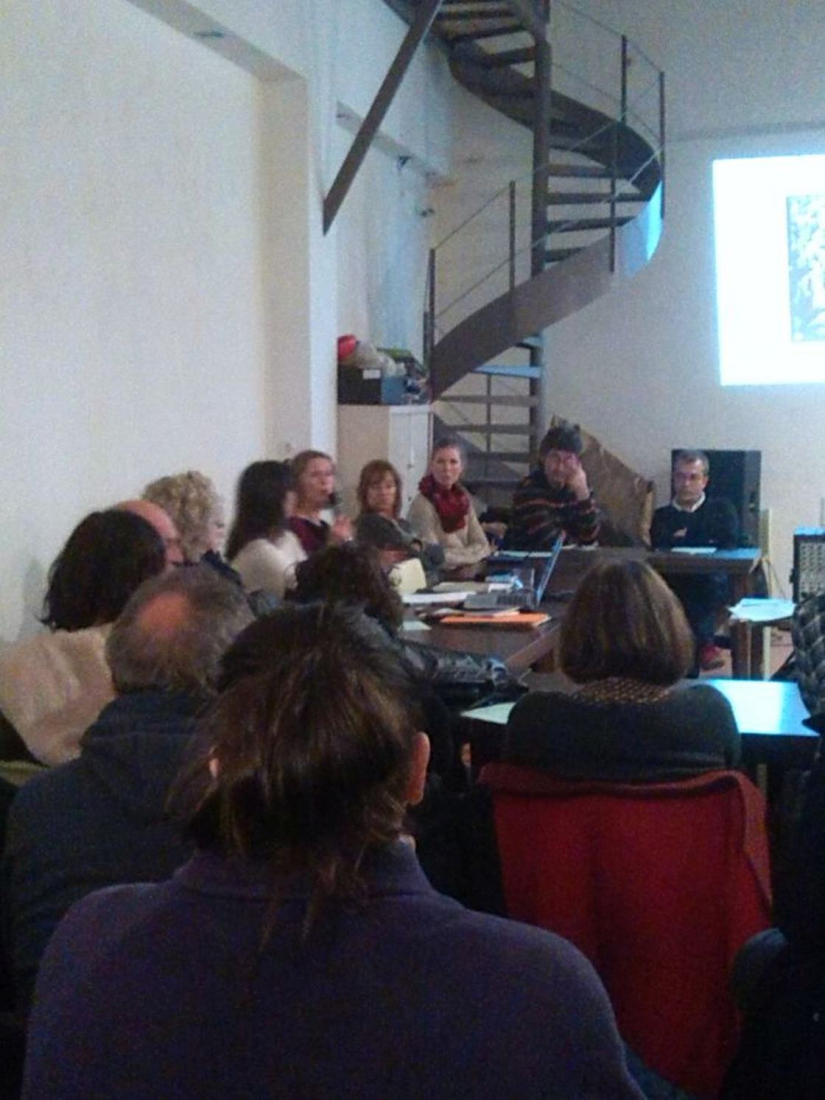 Untitled; A Project about Love: Serbia

This research project conducted in Serbia examines the concept of love at the present time. It is the second chapter in the Trilogia dels conceptes deixalla (Trilogy of Junk Concepts), which explores certain key notions (truth, love and work) that are essential to humans yet which have fallen out of use and have lost their value and meaning today. Slavoj Žižek spoke about “zombie concepts” in reference to revolutionary struggles. Here the concept is extended to love, thereby recapturing its collective political meaning, as upheld by Michael Hardt: “Love is not a process in which two individuals come together as one. Individuals have nothing to do with love. Love only works in multiplicities.”

The material generated during the research will be published in an online publication to be presented in Barcelona, along with a range of activities with a number of the Serbian referents and people who contributed to the project. Possible figures include the film director Želimir Žilnik, co-founder of the Black Wave of dissident Yugoslavian film in the 1960s, and the publishers of the writer Danilo Kiš.

In the first chapter of the trilogy, S’ha escapat nua, un projecte sobre la veritat (Caracas, 2011-2012) [She Got Away Naked; A Project on the Truth (Caracas, 2011-2012)], the philosopher Ezra Heymann remarks: “Why do you want to mount a project on a concept that has such a bad reputation among people like you? Artists are not interested in the truth. They, like Nietzsche, think that ‘We have art lest we perish of the truth’”. This anecdote is useful in that it clarifies that the objective now, as before, is not just to investigate through art the relationship of individuals from a particular place with a particular concept, but to question the nature of art’s relationship with the concept. It may be that love is not a concept valued by contemporary artistic practices either, but what is clear is that when we begin to really talk, “there is a lot you have to work against”, to quote Hardt again, just as there is when we begin to talk of love. This seeming disparity and difficulty means that there is in this project an implicit provocation, one that is essential in these times of crisis and rethinking. This is why the research was conducted abroad, where it was possible to highlight this unstable situation and the problems.

“Love a stranger”, Hardt exhorts, as a possible way to revive that which has been corrupted in love. Serbia’s poverty and its political and relational impoverishment following the two most harshly condemned wars in Europe in the 20th century, its nostalgia for its Communist past, its entry into capitalism in crisis, the fact that it lags behind Europe, and the challenge of its younger generations all make it a suitable location for reflecting the possibility of collectivising human heritage through that other, an other that is limited and has fallen into abeyance; all as a means to assess the scope of artistic research as a way of life, sociability and political exercise, to understand it beyond the restrictions imposed on it by the spaces traditionally designed to contain art.

As part of her artistic research project Kao malo vode na dlanu / Como un poco de agua en la palma de la mano (Un proyecto sobre el amor: Serbia, 2014) (Kao malo vode na dlanu / Like a Little Water in the Hand [A Project on Love: Serbia, 2014]), Mireia Sallarès, together with Helena Braunštajn and Sebastian Berns, will be taking part in the “Readings from…” season organised by the Llibreria Calders bookshop. In addition to reading a series of extracts from Kiš’ works, the artists will be talking to us about how his literature and narrative methods served as a referent and as inspiration for them in arranging the diverse information compiled over the course of the five months’ research in Serbia and selecting from it material for a publication soon to be issued. At this event, the authors and the designer will be giving us a foretaste of the publication.

What are the connections between the concept of love and the concept of work? Can we forge work and loving relationships outside the framework of the capitalist system?

This is the starting point of a debate that stems from another that Mireia Sallarès and Helena Braunštajn organised at Učitelj Neznalica (Ignorant Schoolmaster), an association set up in 2011 as a self-education platform that serves as a forum for a number of groups to speak about social, economic, political and cultural phenomena in Serbia, placing them in their historical and contemporary context.

One of Učitelj Neznalica’s main activities is to provide legal advice to former workers at the state-run factories in socialist Yugoslavia, who lost their jobs and, in some cases, their homes as a result of the privatisation policy implemented by the Serbian government in the 1990s. As part of the association’s opposition to this policy, it has dared to take legal action against these privatisations, accusing them of the crime of ‘people trafficking’. This situation has been documented by Želimir Žilnik, among others, in his film The Old School of Capitalism (2009).

Using a range of video material, Sallarès and Braunštajn will take this opportunity to share these and other details of their research