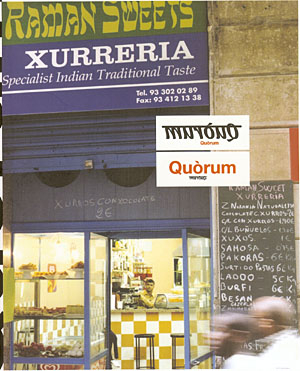 Activities around the urban and social evolution of the Raval district from the publication of the book Quòrum - published by La Capella as a result of the exhibition of the same title - and other recent publications that reflect on this territory, both from the field of art and from the social sciences.

As a topography of a situation, "Terme Raval" will present a series of visual and written documents that take the evolution of the Raval as an axis on which to reflect, combining the recent past with the present, a prelude to a future that It is mutable and multi-faceted. An itinerary from the transformation document to the "kitchen" of new dynamics driven by the younger generations of the citizenship that makes up the Raval, a complex social reality, rich in nuances and expectations of the future. What are the coordinates that outline the Raval? What are the social and cultural variables that intervene in its conceptual demarcation and everyday configuration, which imprint different characteristics to those of other territories? Cinematographic productions, social theater, citizen networks, projects of specific intervention in architecture, graffiti, radio productions, documentaries ... "Terme Raval" will offer a whole series of visions and proposals generated from the neighborhood that make up a visual grammar created from the same territory.

Book published after the exhibition "Quórum", curated by Rosa Pera and presented at La Capella, with the projects At That Moment, Juan Pablo Ballester, Consuelo Bautista, Yamandú Canosa, Raimond Chaves-Javid Mughal, Emiliano Mora, Ramon Parramon-Gaspar Maza, and Rotor-Dionís Escorsa. Other visual and written documents referring to the artistic projects produced include texts by Jordi Borja, Toni Serra, Nadja Monnet, Manuel Delgado, Amelia Saiz, Gaspar Maza, Matthew Tree, Salah Jamal, Iván de la Nuez and Rosa Pera. Also, it contains a DVD with visual and sound capsules of the projects presented in "Quorum". "Quórum" has been considered as a street inquiry, initiated through the work of nine artists - Barcelones of origin and adoption - that have made specific proposals for the exhibition, with the incorporation of the participation Active from professionals from other fields, such as anthropology, psychology or journalism, and from civil society, through dialogue with neighborhood neighbors. As reference situations, issues that affect the daily life of the social community, such as urban planning, housing, identity, use of public space, commerce, communication, information management , education, labor circumstances, cultural and religious manifestations, etc. Starting from the observation of the diverse nature of Barcelona's current citizenship, "Quórum" has been articulated based on three concepts: immigrant, citizen and neighbor. When is it stopped being an immigrant? What does it mean to be a citizen? Are neighborhood relations a springboard of social exclusion ..., of guarantee of integration? Is there room and interest for the evolution of "new identities" derived from transcultural processes?

Publications Quorum, from the exhibition "Quorum", presented at La Capella in 2004. Commissioner: Rosa Pera. Del Xino al Raval. Culture and social transformation in central Barcelona. Directors: Joan Subirats and Joaquim Rius. Hospital 106, 4th 1st. Authors: Jordi Canudes and Isabel Banal. Visual and sound documents Works Hendrick Dusollier. Digital Cinema, 2004. 12 '. The skin of the Raval. Daniel Narváez. Photographs, 2001-2006. Every day I go through here. Raúl Arroyo and Ramón González. Cinema of animation, 2004. 8 '38 ". Days of Autonomy Aerial. Rotor (Vahida Ramujkic and Laia Sadurní) + Dionís Escorsa. Videographic documents, 2005. Raval / Babel. Juan Carlos Gómez. Jordi Garcia. Sigfredo García. Antonio Rubio. Abdeljah Elbouhavi. Luis Ossiel Olivares. Documentary video, 2004. Theater Pa'tothom. Elena Marí. Documentary (extract), 2006, 8 '. Radialnet: The stations of Ravalnet. Sound file Round table Terme Raval (Thursday, April 27, at 7:30 p.m.) Montse Forcadas, member of Pa'tothom Theater Bakery; Zaida Muxí, architect; Daniel Narváez, photographer; Nazario, illustrator; Joan Subirats, sociologist; Paco Villar, lawyer and writer. A dialogue on the current situation of the Raval taking as a perspective the transformations that have taken place Lately, looks from the present and yet linked to the past and the immediate future. It will be debated, between Other topics, on which are the coordinates that outline the Raval, what are the social and cultural variables that They intervene in their conceptual demarcation and in everyday configuration, which print traits Distinctions to other territories. 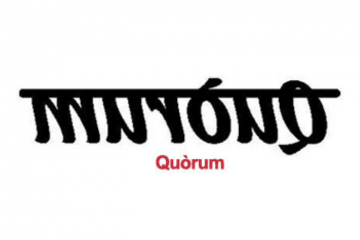