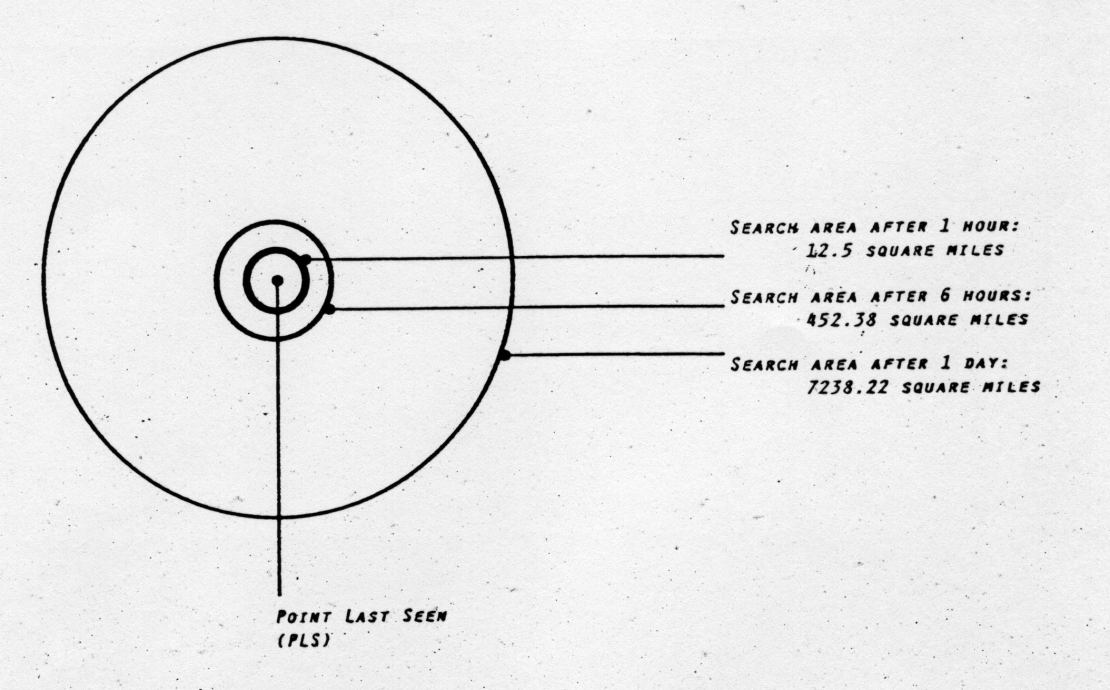 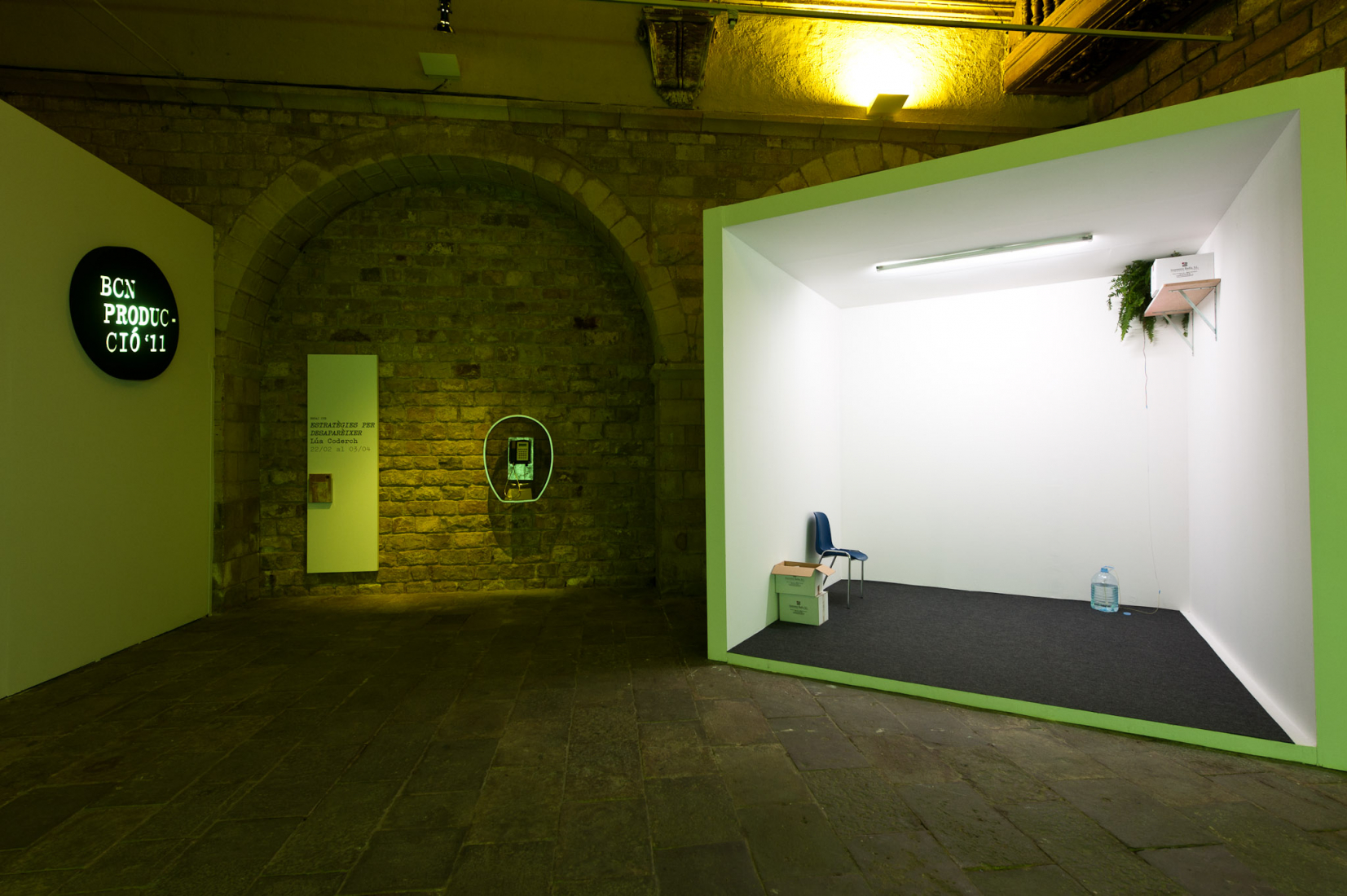 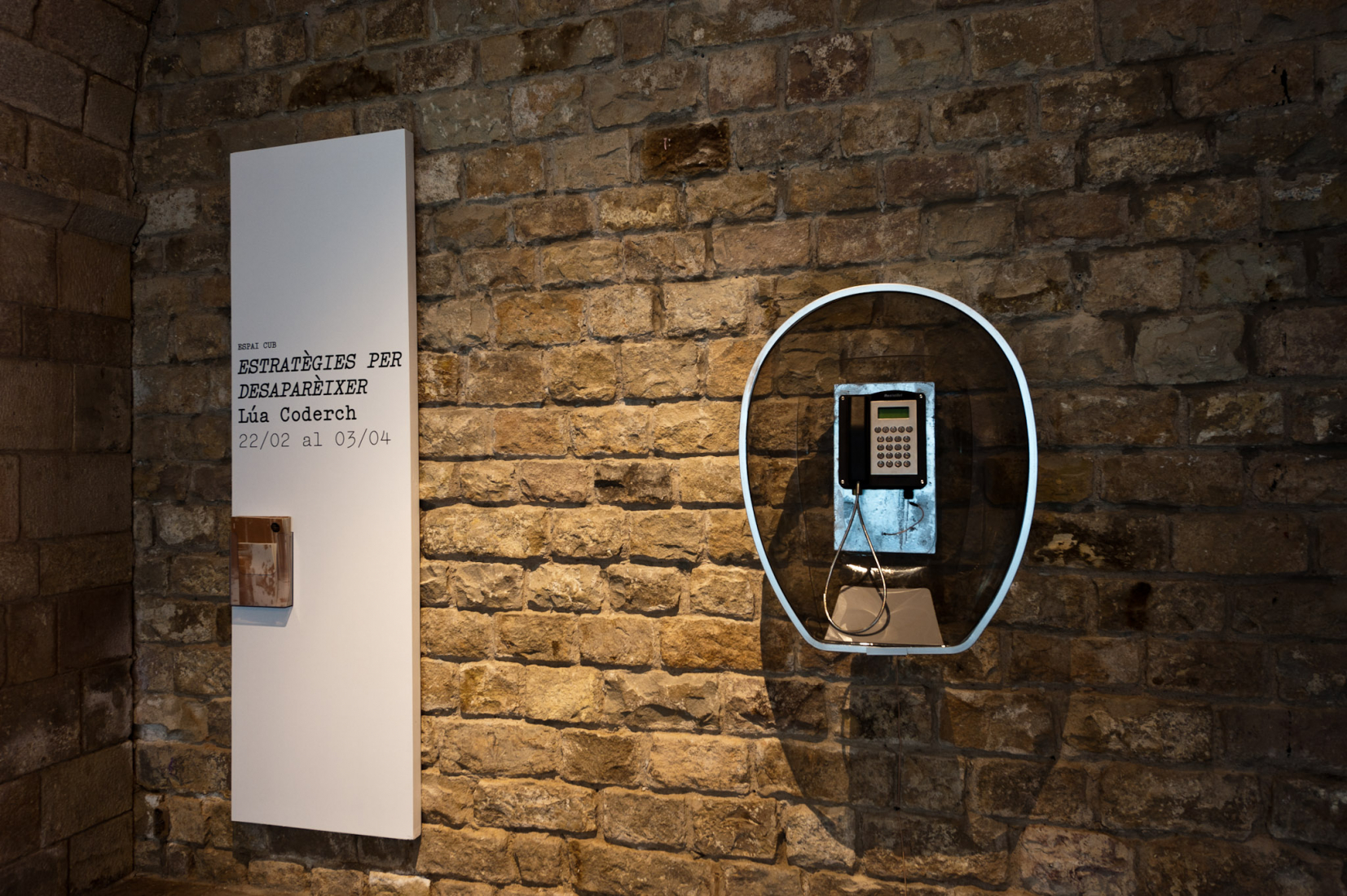 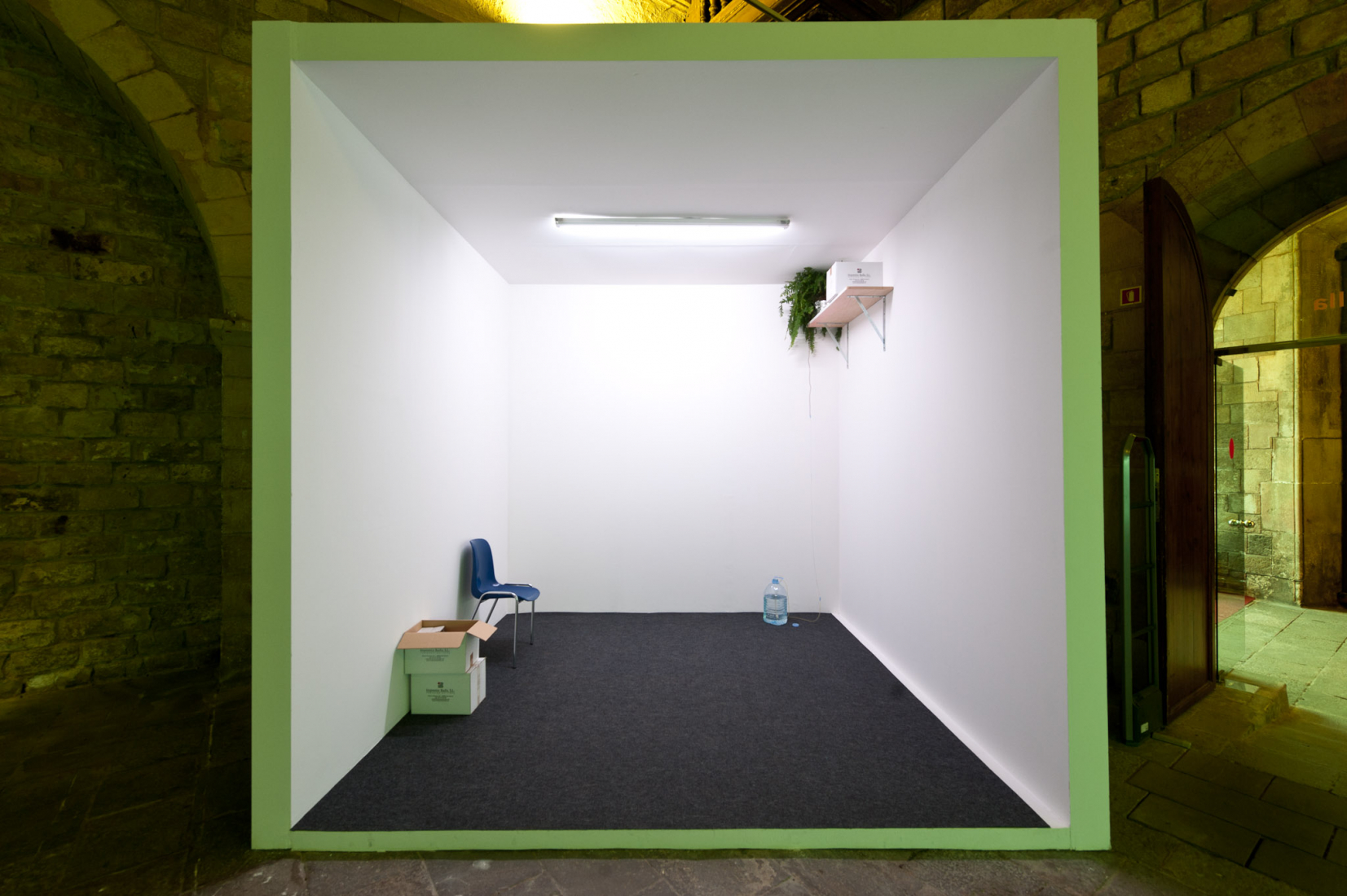 LÚA CODERCH. Iquitos (Perú, 1982)
She currently lives and works in Barcelona. Recently she has taken part in Ikas-Art (Bilbao, 2010), Patrim'10 (Fundació Vila-Casas, Barcelona, 2010), "Han vingut uns amics" (Espai Barra de Ferro, Barcelona, 2010, in conjunction with Lluís Nacenta and Martí Ruiz), "The Weight of the Words" (Stuffinablank, 2010) and "Enfilar identitats" (KKKB, Barcelona, 2010), among others, both independently and with the group Colectivo Turismo. In addition, she has curated the exhibition "El model absent" together with Dario Reina (Cercle Artístic de Sant Lluc, Barcelona, 2009), featuring works from the MACBA collection.

"Alors soyons nous-même immoral et, si on veut y comprendre quelque chose, allons voir un peu au-delà du Bien et du Mal." – Jean Baudrillard
A telephone installed in the Espai Cub will ring periodically and unpredictably.
Lúa Coderch understands the art exercise as a discreetly subversive act. For this reason she renounces starting from scratch and, instead, seeks to bring what already exists into play, as a present and immediate form of Utopia. Her work often comprises simple actions, statements that declare an intention rather than a solution. The procedural and conceptual references that guide her include attention to the process, the willingness to invade all kinds of disciplines and realities parasitizing existing structures and formats, the search for the utmost formal economy and the exploration of new configurations generated by the technological context.
Coderch aspires to become an active agent without becoming consolidated in a visible and structured manner. In pursuing this evolution towards more flexible and permeable forms, she has an increasingly greater interest in anonymity and collaboration as methods of formalisation and conceptualisation, and it is in this direction that she is currently working.
For her there is something truly extraordinary in the modus operandi of the terrorist. The terrorist vanishes. To act, first and foremost, it is necessary to disappear. First of all, as an absolute condition, the terrorist dissolves into the formless mass of people and days, becoming completely and utterly commonplace, nameless, hazy and indifferent. When they resurface they do so by way of action, and this action is always an act that restores a measure of inescapable singularity in the heart of a system where everything is essentially interchangeable. The terrorist's action is purely destructive, failing to understand the rules of the game or ignoring them; it is unfair and therefore could be considered as the most extreme creative action.

Needless to say, this reasoning is clearly unacceptable. However, as Baudrillard states, let us be immoral. It is not a question of making a statement in defence of terrorism (and it is risky because what is lost most rapidly are the nuances), but rather of acknowledging that this unfairness is at the root of any truly creative action. We are witnessing sheer externality, something unacceptable, which could not be foreseen, which could not be inferred from what there was.
However, in order to resurface, first it is necessary to disappear. Disappearing could be the same as entering (or returning to) the surface, which, according to Deleuze, is pure transcendence, formless primordial matter, where only currents exist, which he calls devenirs ("becomings").
This movement of dissolution and disintegration as a condition of possibility of any creative act is the foundation upon which the project presented here is based. 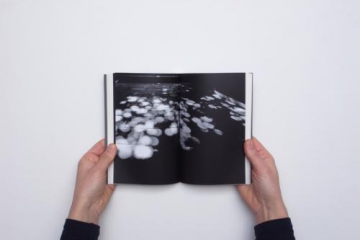