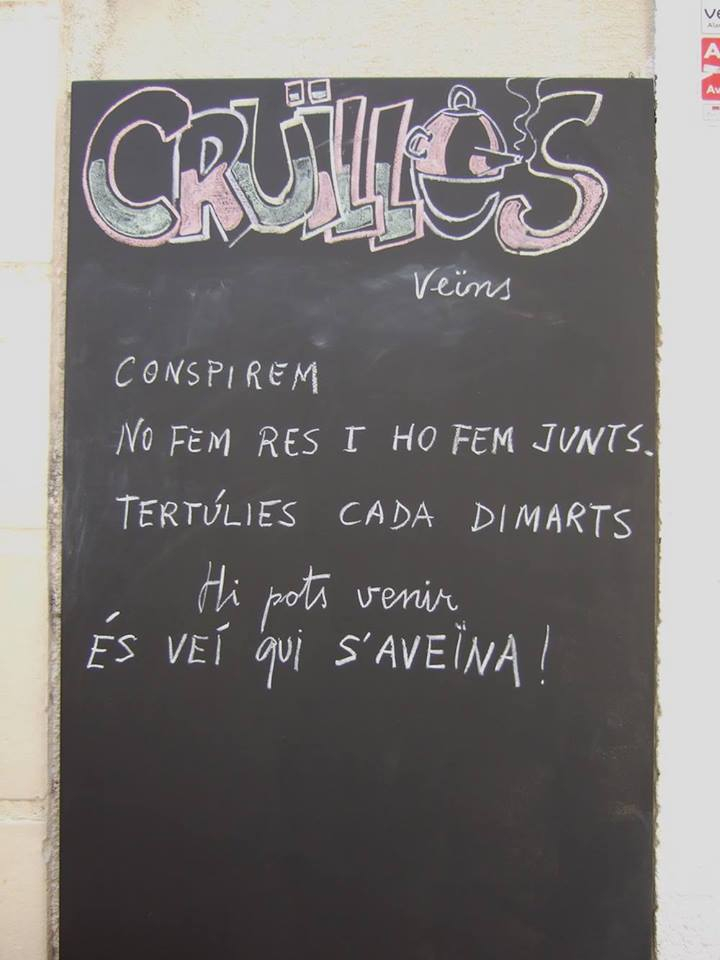 In the third session of the project, we will look at a ‘gathering of neighbours made neighbours’, as Cruïlles (Crossroads) described itself. Cruïlles was a gathering of neighbours of both sexes who met for over a decade out on the street to spend a bit of time together: every Tuesday at 8.30 pm, they would get their chairs and sit out on the square, doing nothing in each other’s company. Something that used to be entirely normal and common, but which nowadays has disappeared from Barcelona, the city of the culture of the spectacle. This the neighbours did without categories, in a spontaneous manner, freely and without commitments, without ideologies, playing and fermenting together with a great sense of humour. Over the years, it developed into many things: having a cup of tea, doing embroidery and crochet, skipping, turning rubble sacks found on the street into art installations, reading poetry, remaining silent, questioning whether it made sense to carry on, discovering an appearance of the Virgin in a dirty hole in the road, roasting chestnuts and mushrooms, making popcorn, cooking rice and polenta, decorating the street and lots of other experiences that emerged from the idea of doing nothing, just being.

Some months ago, Cruïlles, a weekly get-together without any formal organisation, ceased to exist. Our aim is to learn something from the experience of this gathering that continued for many years and from its disappearance, which some have found ‘painful’. We would like to share three questions:

1. How did Cruïlles come into being? What needs, desires, chance events and encounters, and circumstances gave birth to it?

2. Why did it end? What changes did it undergo and what other factors might have influenced its demise?

3. Would it be possible to devise a recipe for a Cruïlles gathering? Can the experience be replicated in other contexts? If not, what might we learn in order to apply it to new spaces?

On Saturday 17 March beginning at 11.30 am, we propose to hold a festive get-together to debate these issues and to initiate a conversation that will undoubtedly generate more questions than answers. The gathering as a space for fermentation resulting from the chance events and encounters, and circumstances that derive from the plain fact of being in a space and a place for no other reason than simply being there.

During this conversation, we will cook and we will eat polenta and ferments, we will make radio… oh, and a sourdough starter – one unquestionably imbued with the spirit of Cruïlles – that everyone will be able to take home with them to make their own bread with active micro-organisms. All this out on the street with people who want to join in and the neighbours who used to take part in the original get-together.

The activity is open to all, free of charge and intergenerational. If you want to come, send an email to i@nyamnyam.net to give us an idea of numbers and the amount of food required. 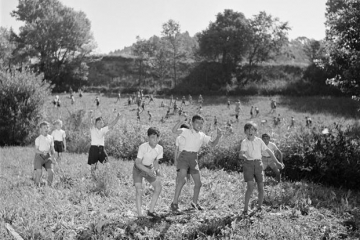 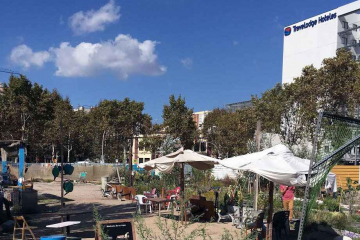 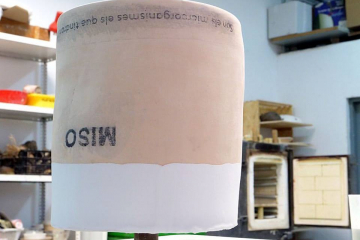 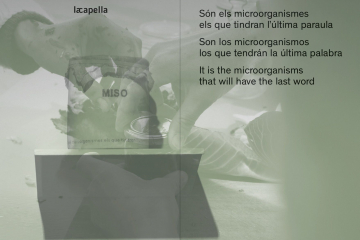 It is the microorganisms that will have the last word. Vermouth and presentation of publication
Nyamnyam
Activity
View 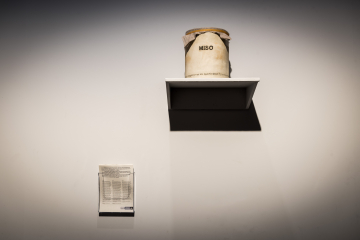