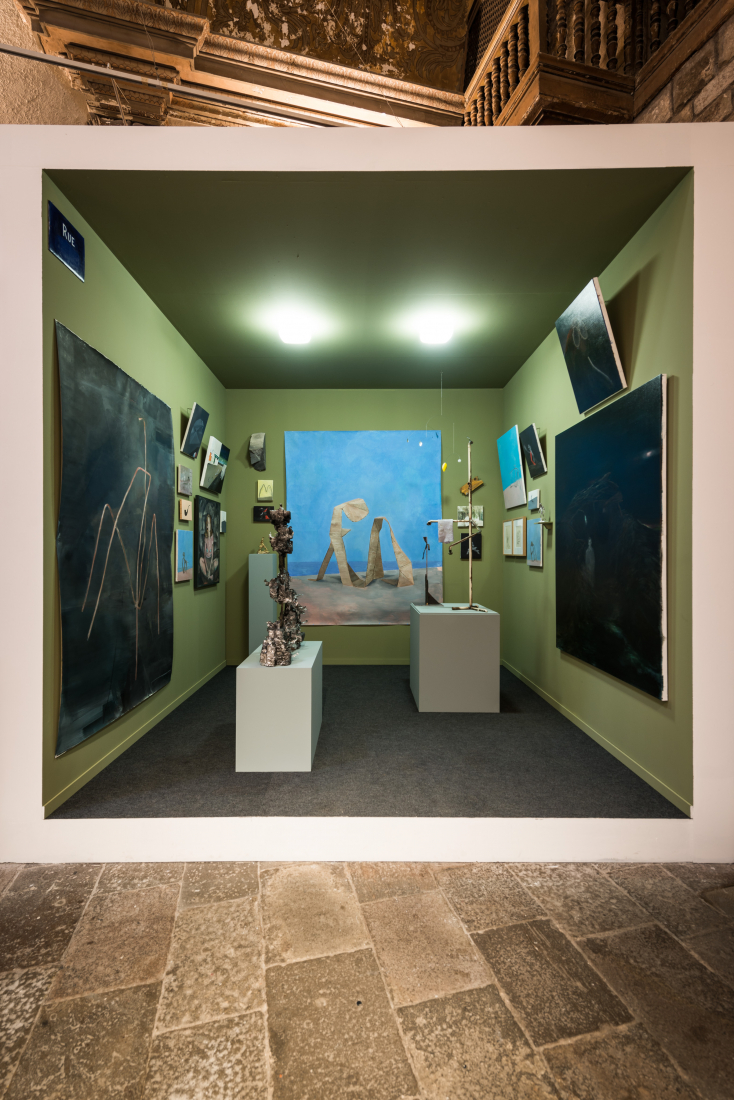 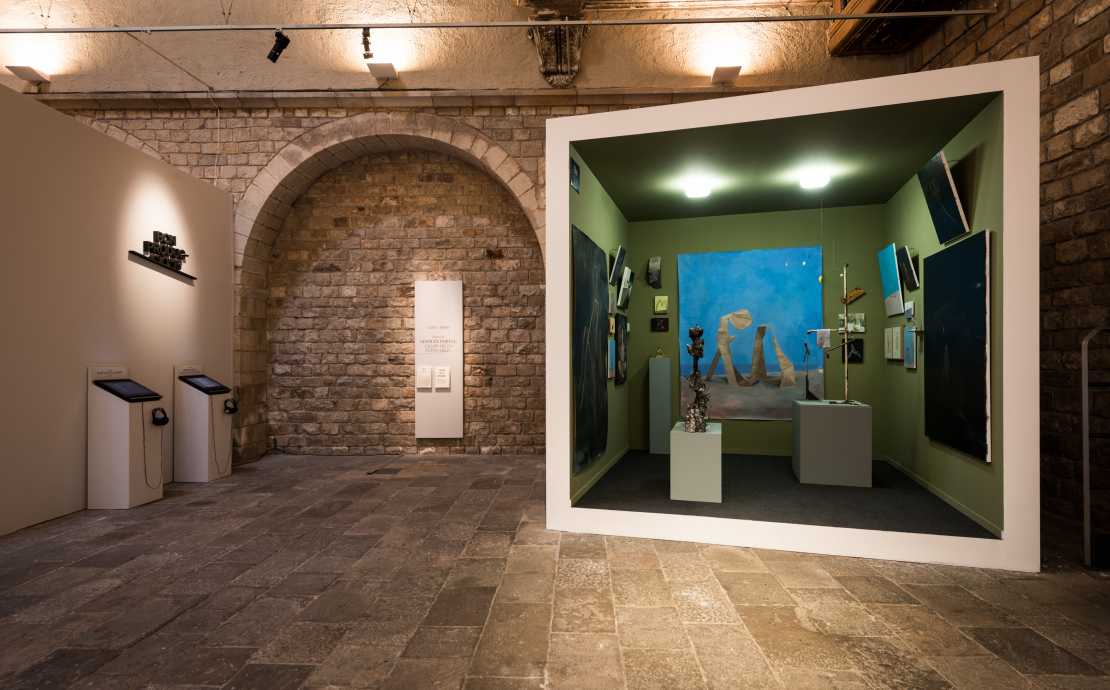 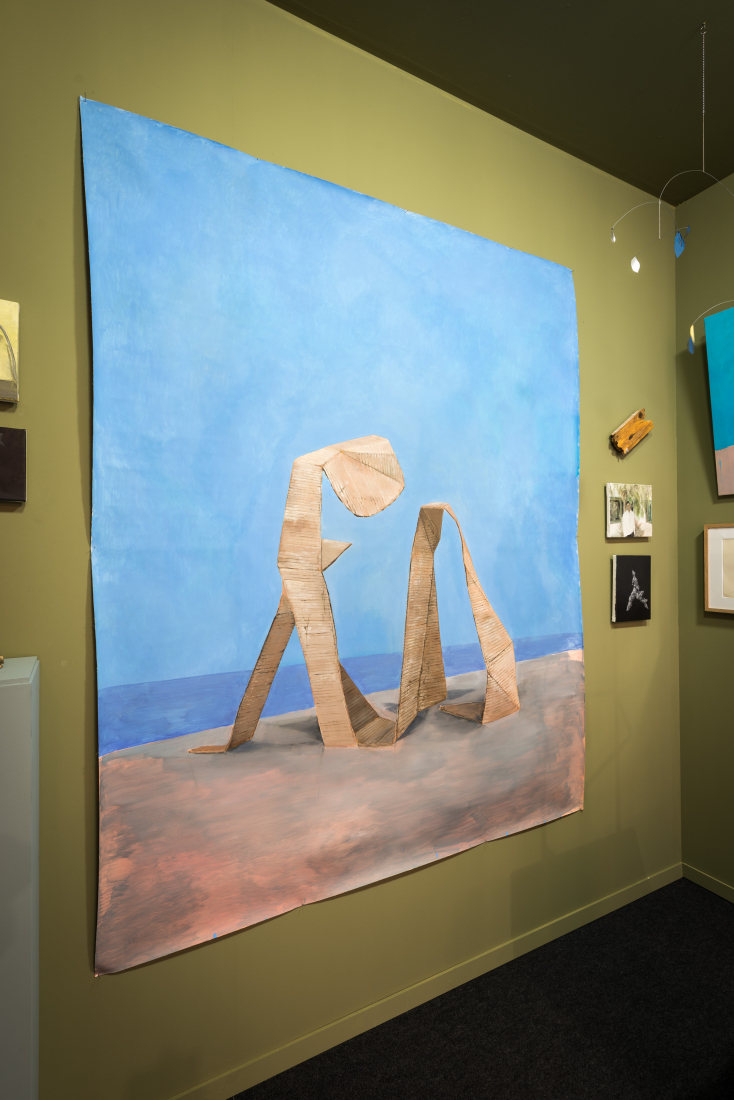 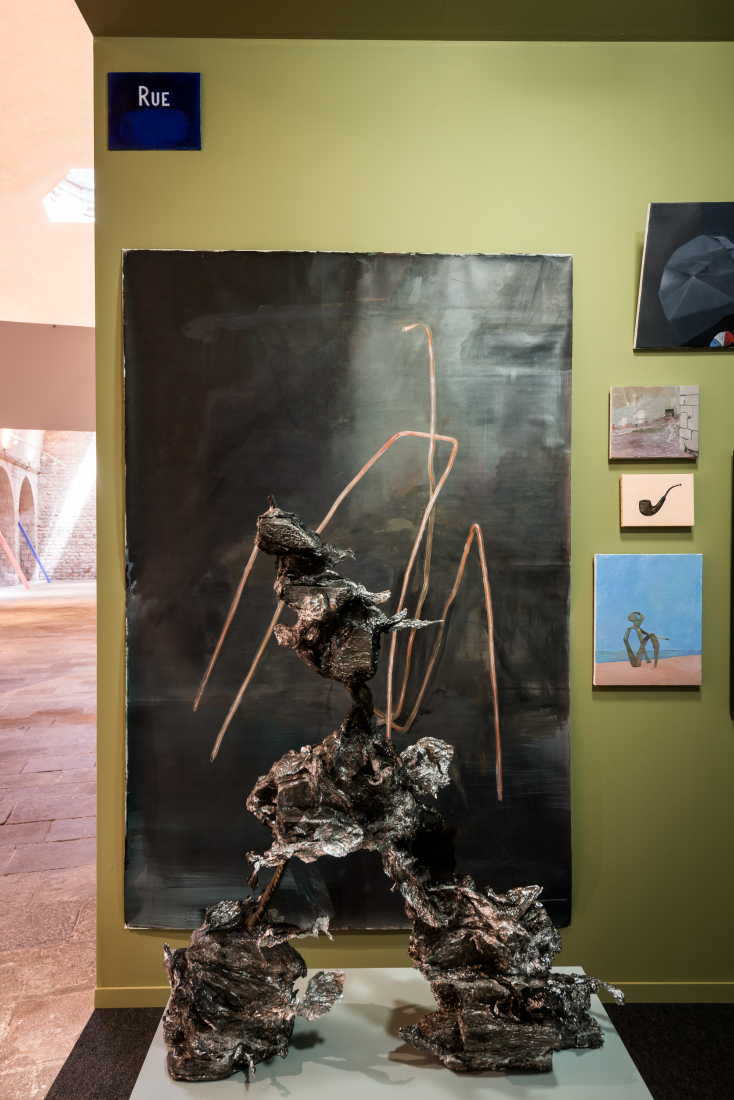 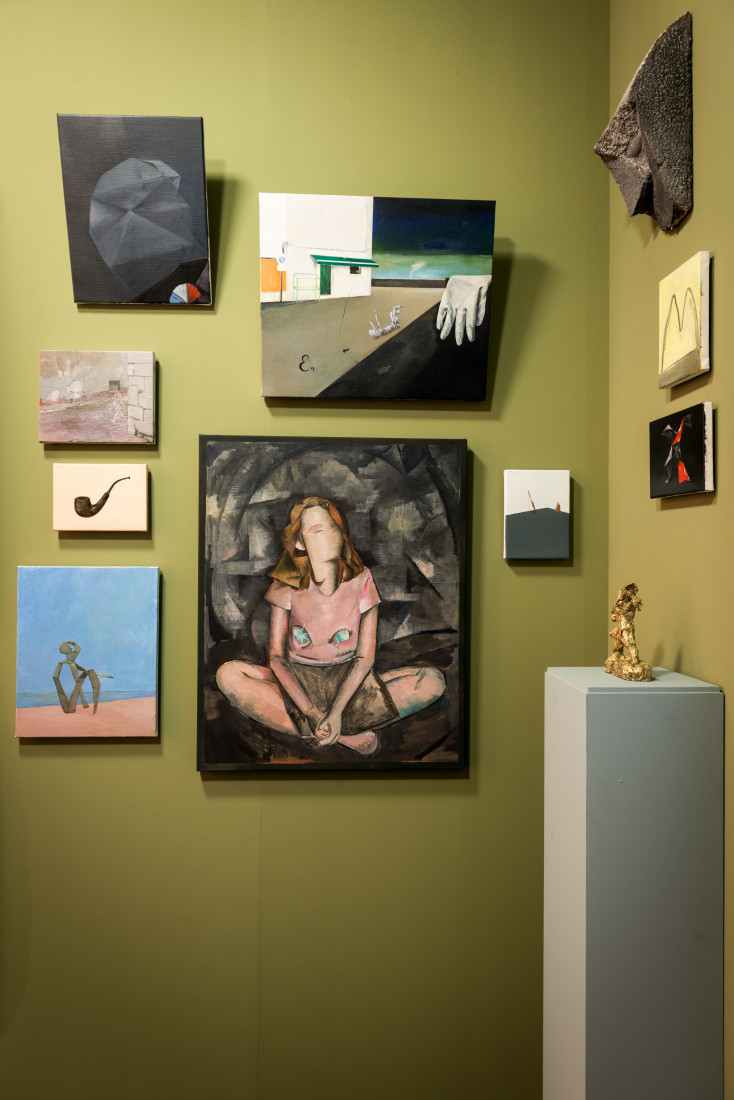 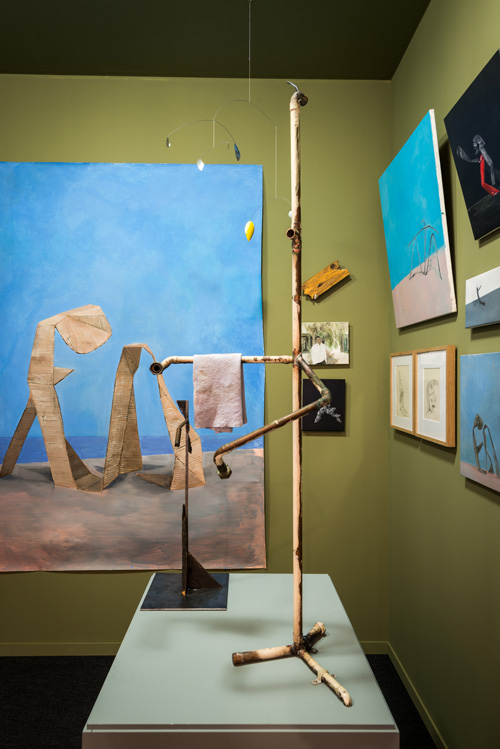 What is it “that cannot be touched” that the artist Germán Portal alludes to in Salón de lo intocable (Salon of the Untouchable)? The answer is the myths and legends that have grown up around the history of art. In other words, the beliefs and stereotypes that directly affect three fields of the story of art: the artist as genius; the aura of the artwork; and the development of artistic movements. Firstly, the artist is by common consensus an unpredictable and impractical being touched by something undefinable known as ‘genius’ that fully explains his actions. Then, we have the myth of the aura of the artwork, that intense and sacred perfume that permeates the creations of the genius artist, which immanence we are reminded of constantly by the protocols of distance and the power lines typical of museums. Lastly, with regard to the nature of art movements, we know that they were sparked by a ringleader in a particular place in the world and came spontaneously into being, drawing together a series of talented artists – almost all of them men – who vanished from the stage, wild expressions on their faces, though time has eventually shown them to be right. Accounts, all accounts endorsed by academic discourse, which do not match the organic reality of the flow of history, a flow that is uncontrollable because it is ungraspable, that has its wrong way and its intra-history, that is to say, one that is filled with figures who were not influenced – at all – by the trends of their time, who were no-one’s friend and who, as a result, carried out anonymous work that has not found its way into the glossy coffee-table catalogues of the Taschen type.

In opposition to the stereotyped accounts of the genius artist, of the aura of the artwork and of the exposition, climax and denouement of art movements, Portal has created in the Espai Cub a singular installation that lies somewhere between bizarreness and barefaced cheek, as he has crammed the 3 x 3 x 3 m space with emulations of works from the time of the Avant-garde movements, references to Picasso, Grosz, Boccioni and Giacometti, artists on the podium of past mythologising. And so begins Portal’s great joke: his new works based on the ‘hits’ by the ‘masters of art’ are arranged in motley fashion around the space, as if it were an Avant-garde exhibition, evoking an approach to the ‘busy’ display model reminiscent of the Wunderkammer of the 16th and 17th centuries, today regarded as obsolete. Presenting a white cube (the exhibition model par excellence of the 20th century) with an imitation of an Avant-garde show suggests a play of mirrors that splits the exhibition in two: is the exhibition the paintings that are shown or the simulation of an obsolete exhibition in itself?

The game, however, continues and, in this compressed exhibition that is perhaps not an exhibition, the works with which Portal pays tribute to the forms of masterpieces are made of pipes, corrugated card, aluminium foil and cheap or recycled materials. This entire conglomeration of household materials and methods is today associated with the philosophy of do-it-yourself, with the popular and the accessible. Consequently, the makeshift materials used and the DIY look of Salón de lo intocable demythologise the sacred forms of modernity and the Avant-garde movements, and they go further by suggesting to the public the possibility that they too can produce their own artworks. This invitation, proffered in such a theatrical manner, imbues Salón de lo intocable with a certain touch of humour that encourages the spectator to relate to the project.

Ultimately, Salón de lo intocable reveals the pleasure the artist takes in the very practice of art, in the process of evoking the forms of Cubism or Surrealism. Portal’s entire oeuvre, in retrospect, reveals him to be passionate about art and its history, and that he enjoys citing and referencing using a wide range of artistic languages, which he handles proficiently. His delight in his craft as a painter enables him to foster reflection on the meaning of the forms of art as we look back on them from today’s viewpoint, on their abuse and on the manipulation they have been subjected to, in which the artists themselves perhaps participated. Because, as Oscar Wilde put it, “the one duty we owe to history is to rewrite it”.

Germán Portal (Montevideo, 1979) holds a BA in Fine Art from the University of Barcelona and completed his studies at the Academy of Fine Arts in Ravenna (Italy). His solo shows include two at Nuova Icona (Venice, 2005 and 2007), coinciding with the 51st and 52nd Venice Biennales, and another more recently at the Galería Silvestre (Madrid, 2015). Notable among the group exhibitions he has shown work in are CALL 2010 (Galería Luis Adelantado, Valencia), Atelier de Barcelone and Collection LAC (LAC – Lieu d’Art Contemporain, Narbonne, France, 2013 and 2008 respectively), 2012 Guasch Coranty International Painting Prize (Centre d’Art Tecla Sala, L’Hospitalet, Barcelona) and Des-aura (Galería Silvestre, Tarragona, 2015). He has received various grants for the arts, among them grants to promote Spanish art, and support for new trends in the arts awarded by the Ministry of Culture (2005), as well as mobility grants from the Institut Ramon Llull (2005, 2007 and 2013). He is currently an artist in residence at Hangar (2014-2016). 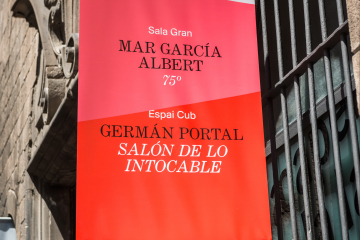