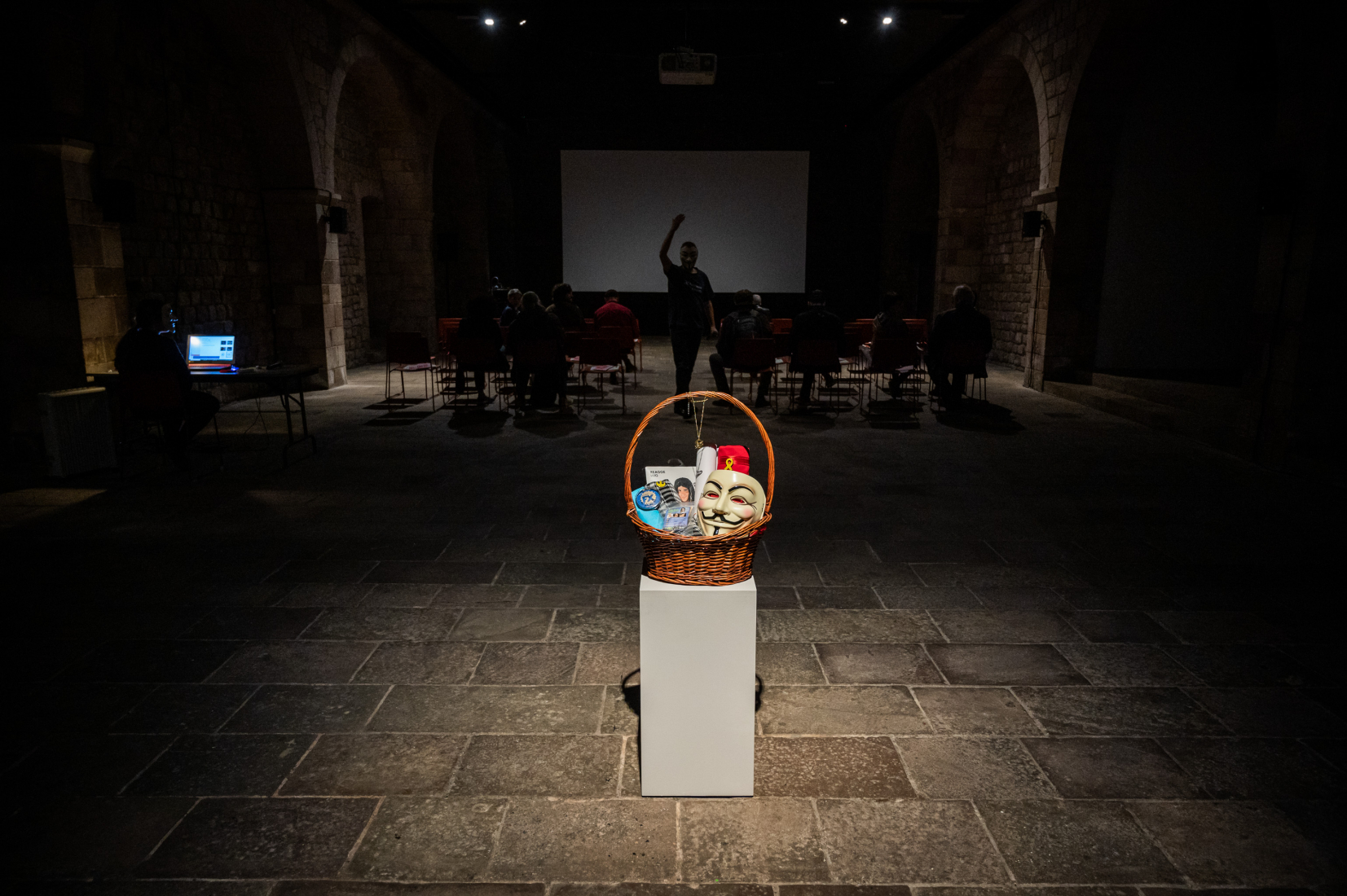 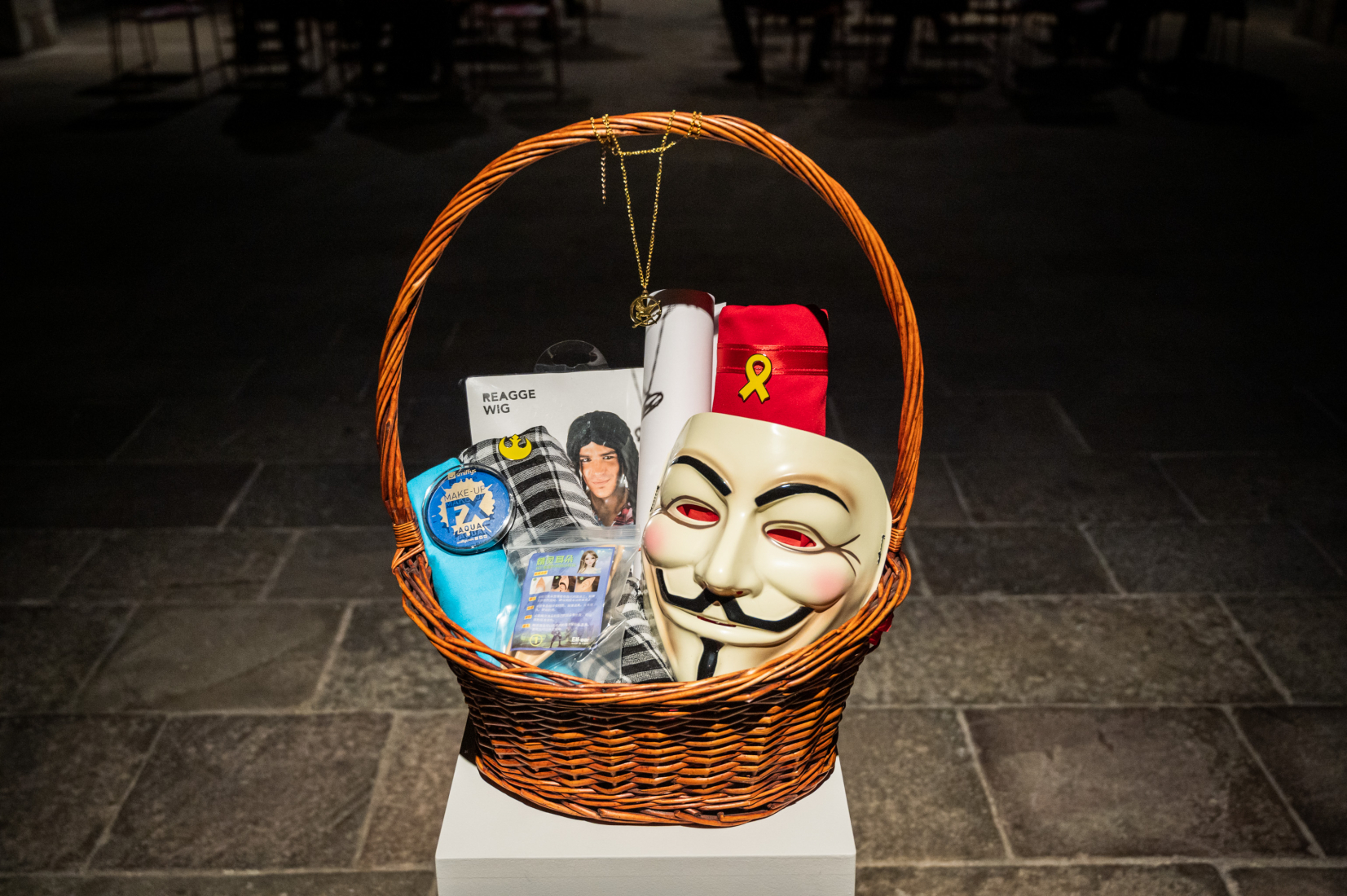 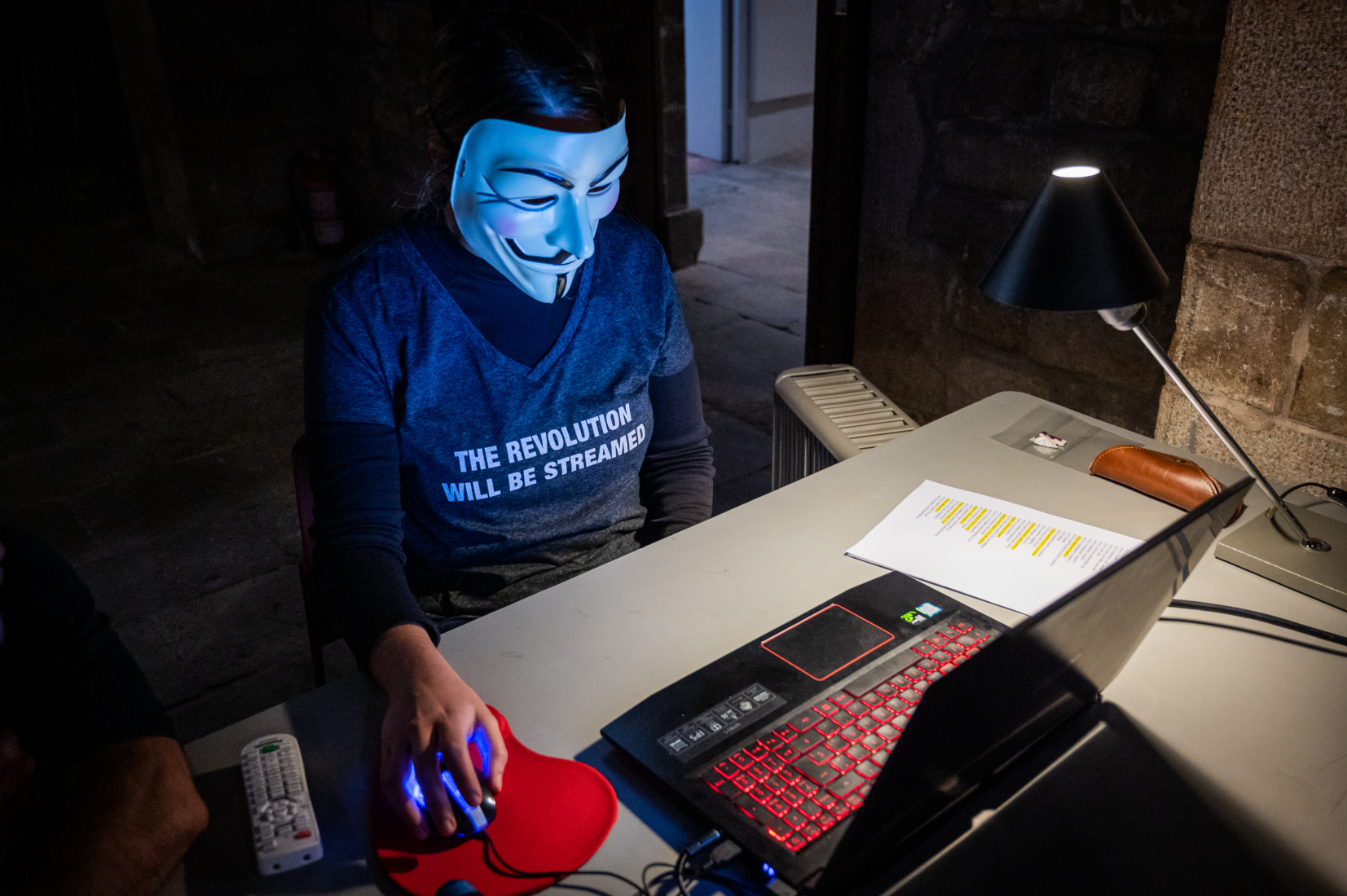 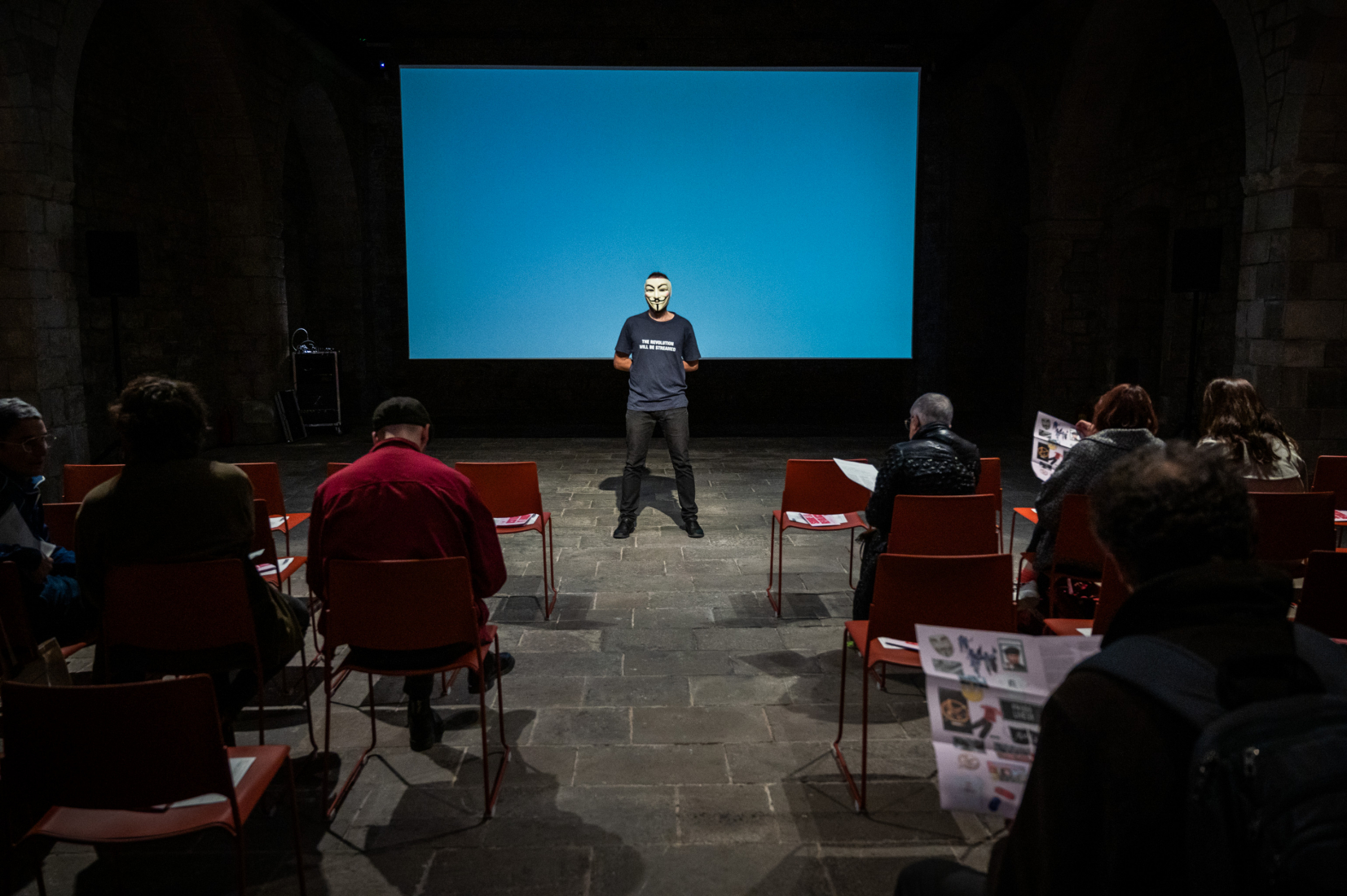 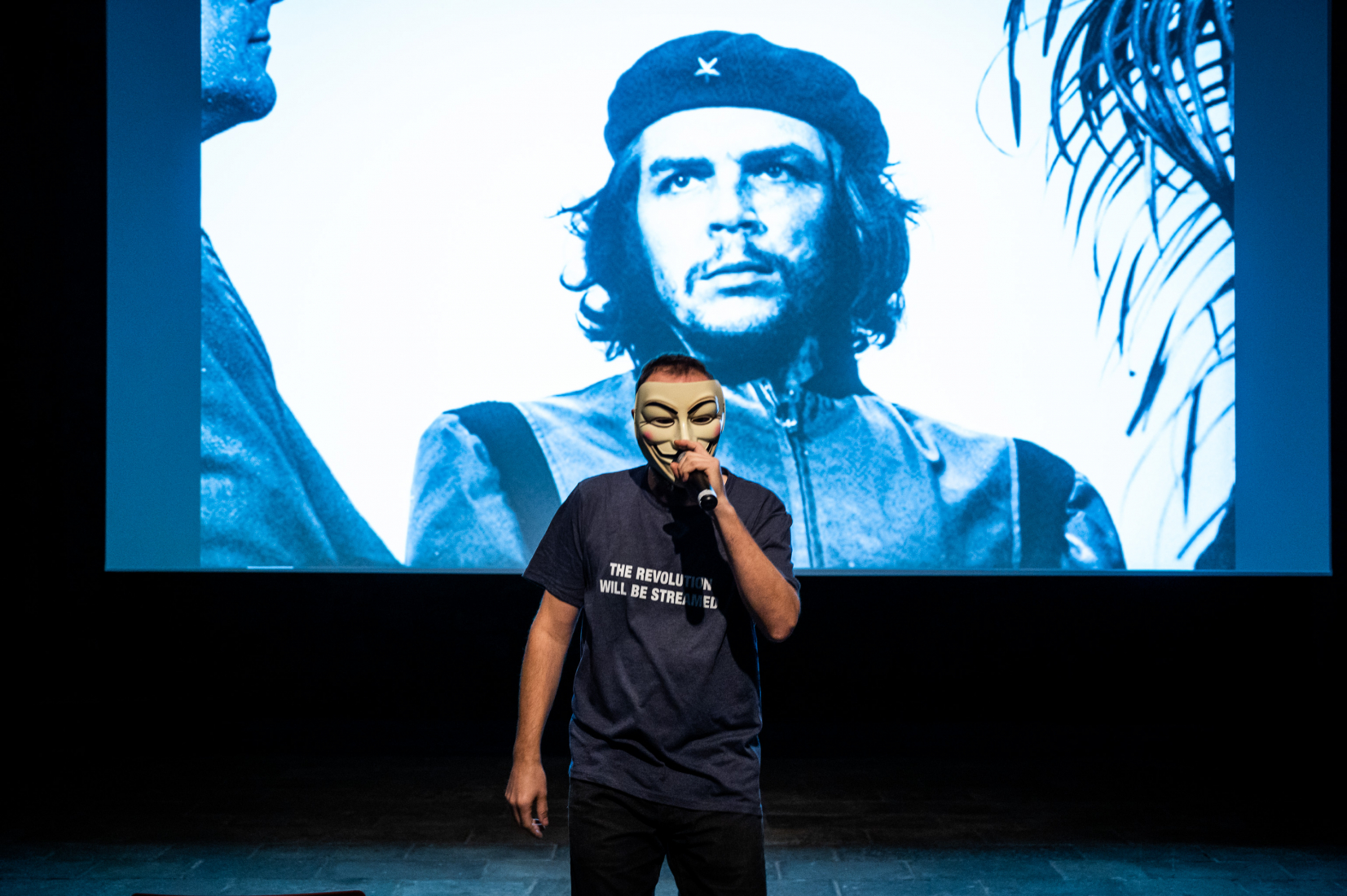 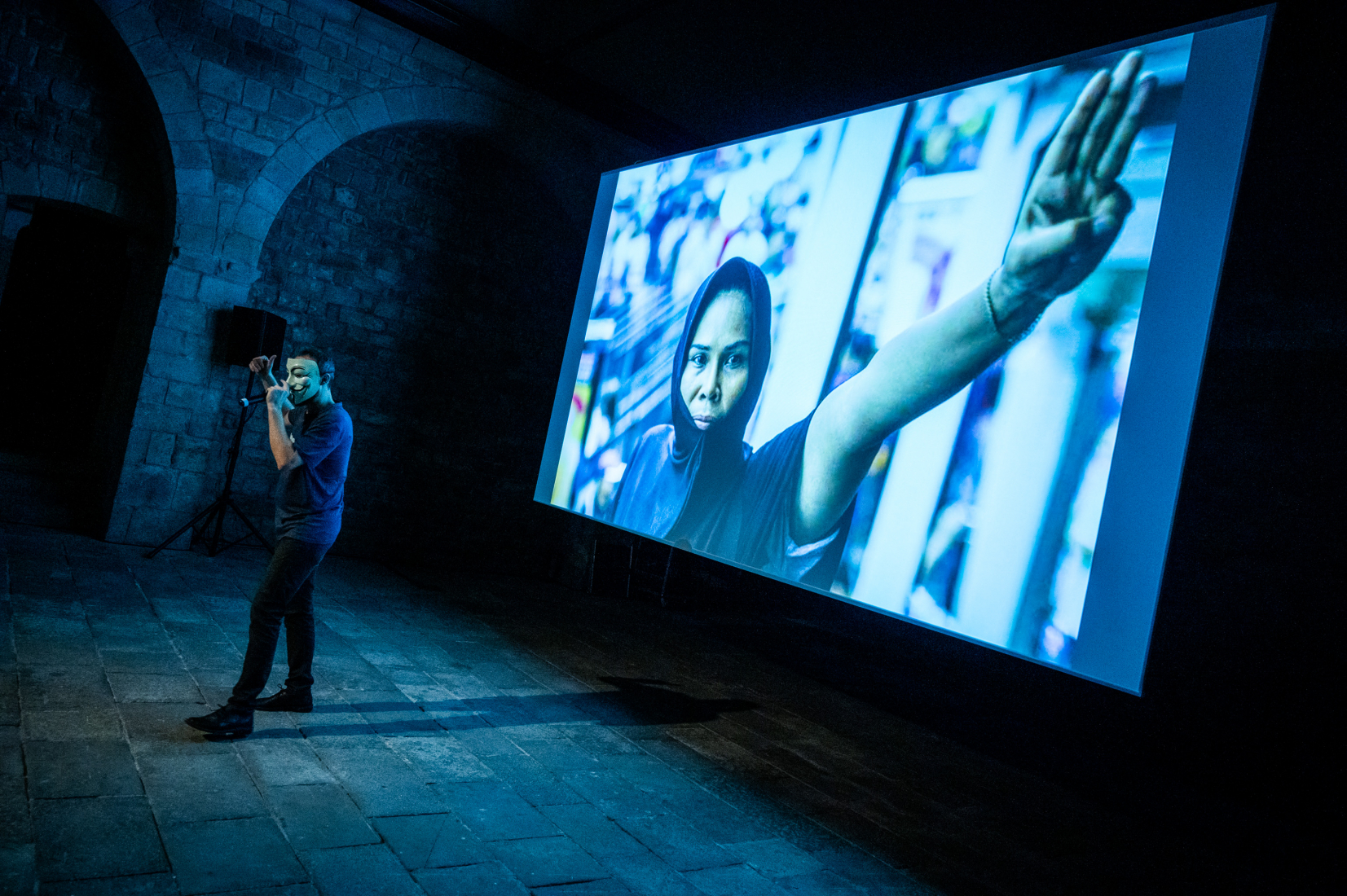 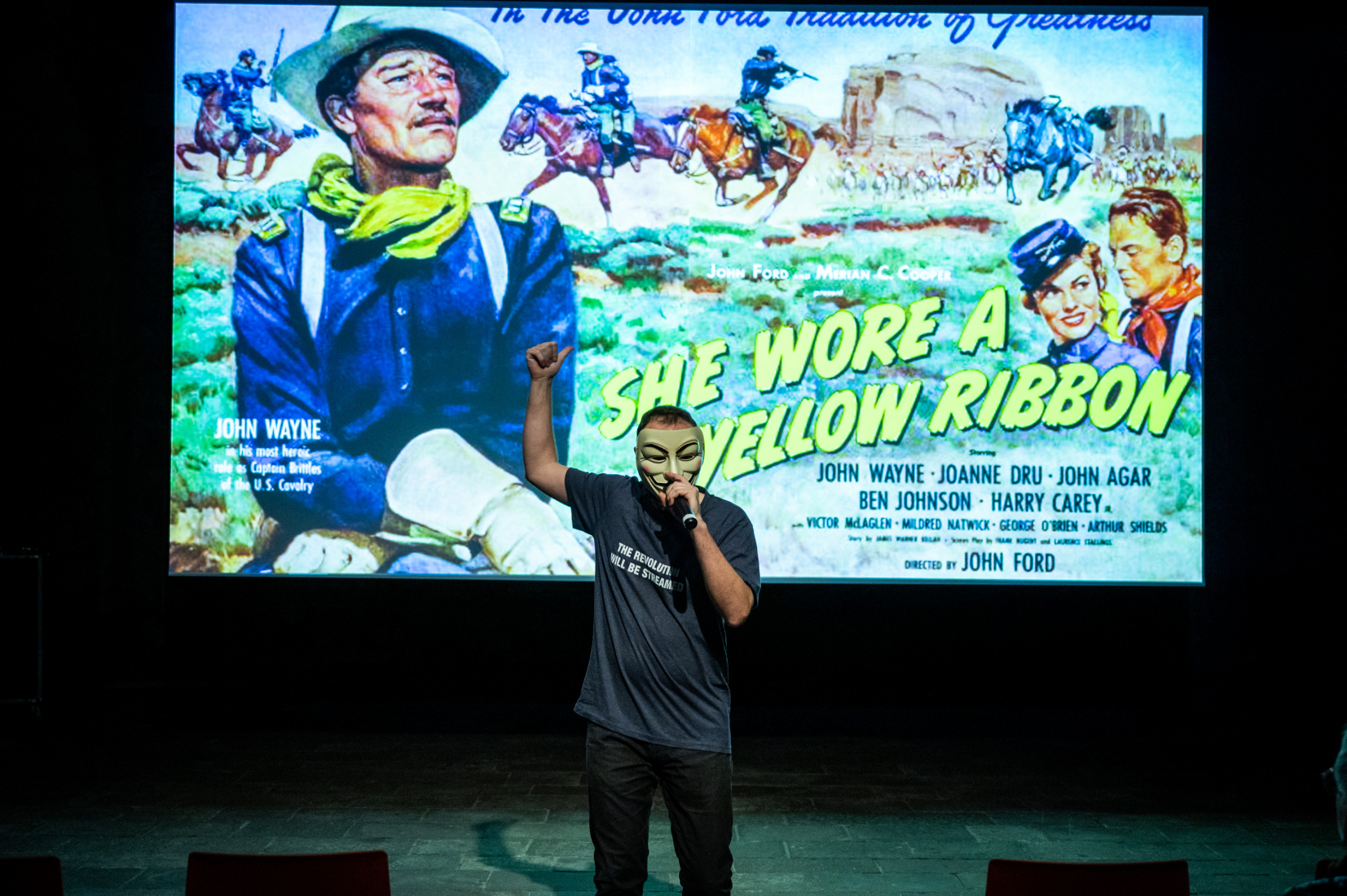 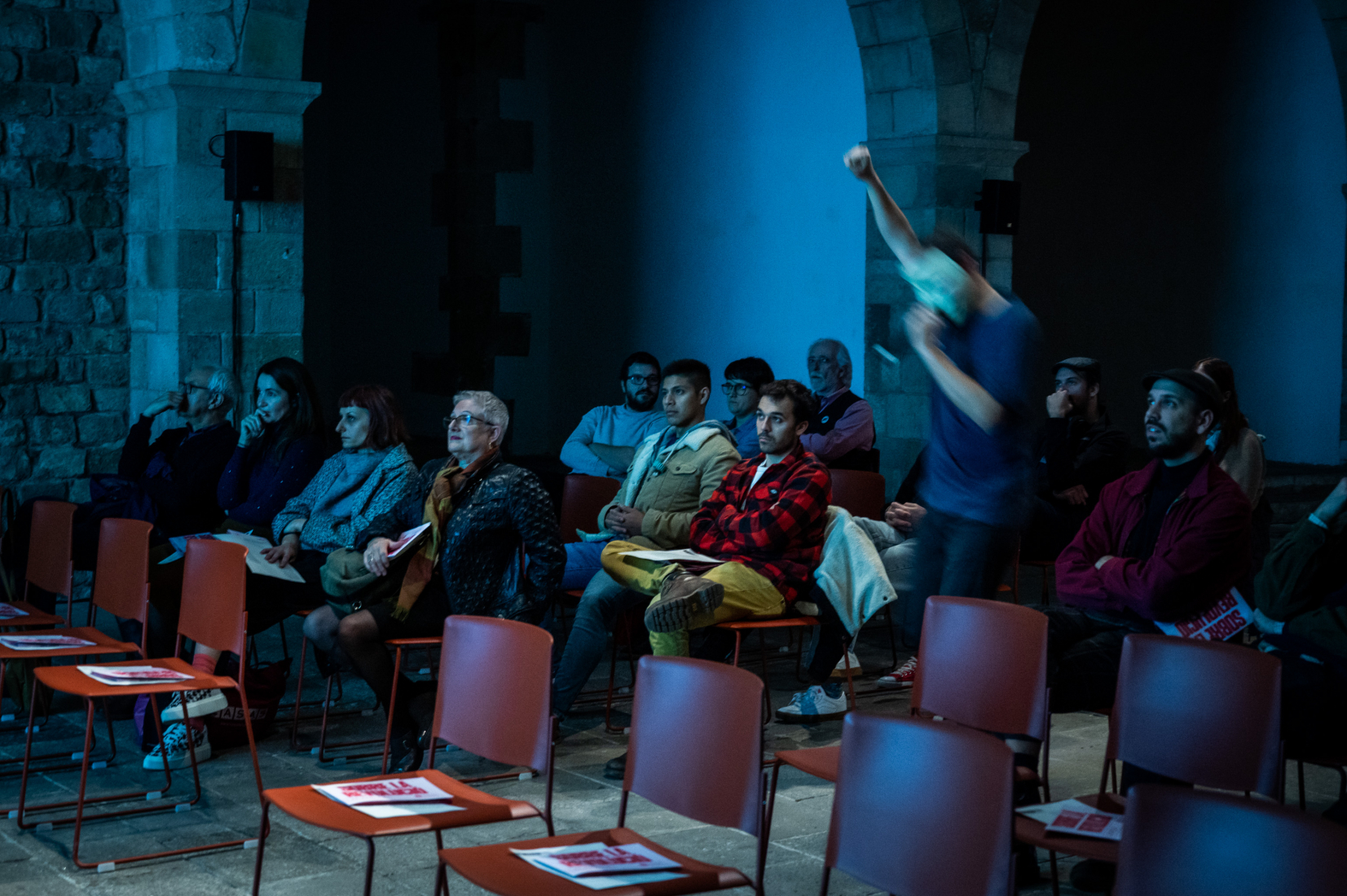 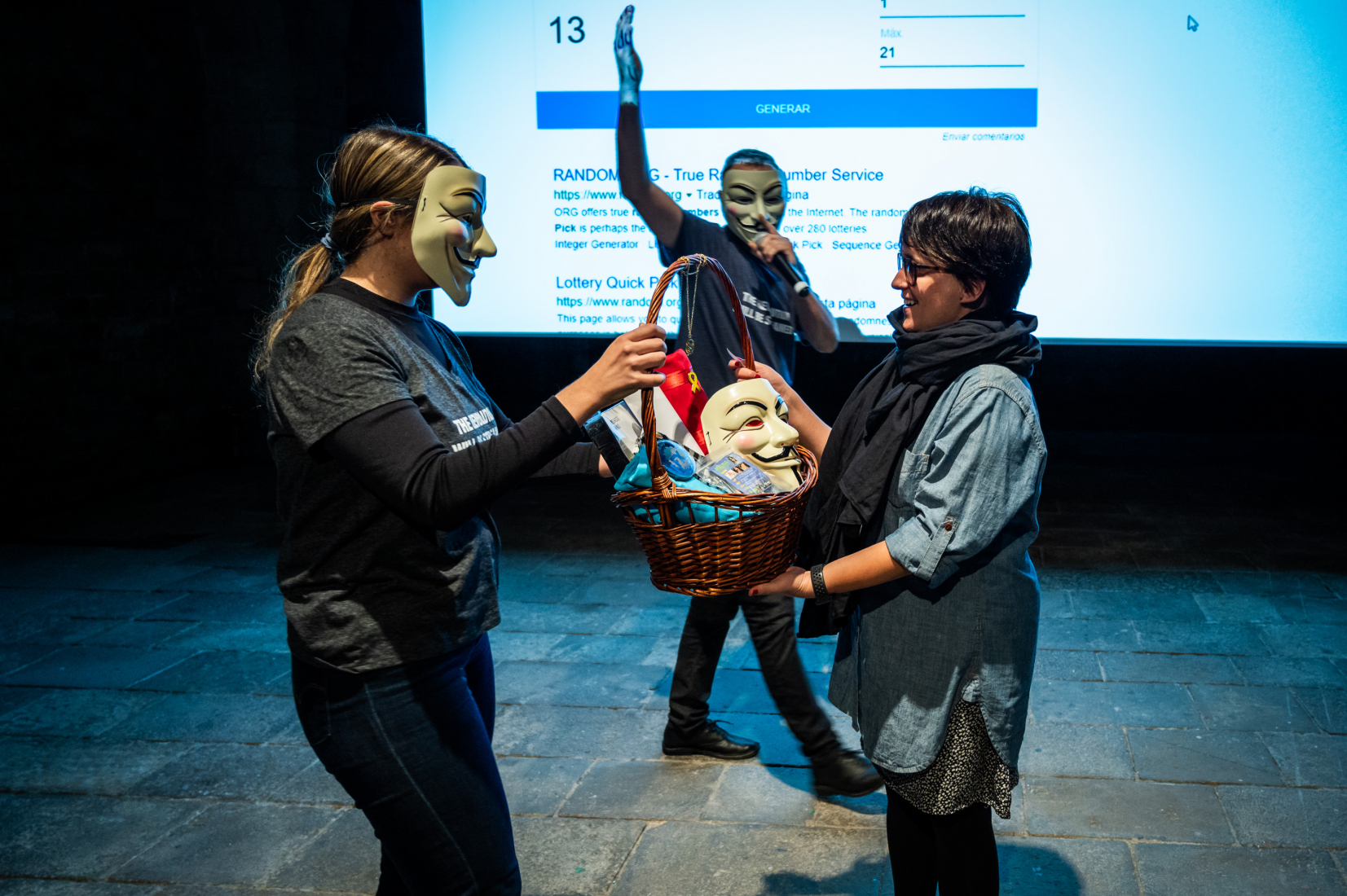 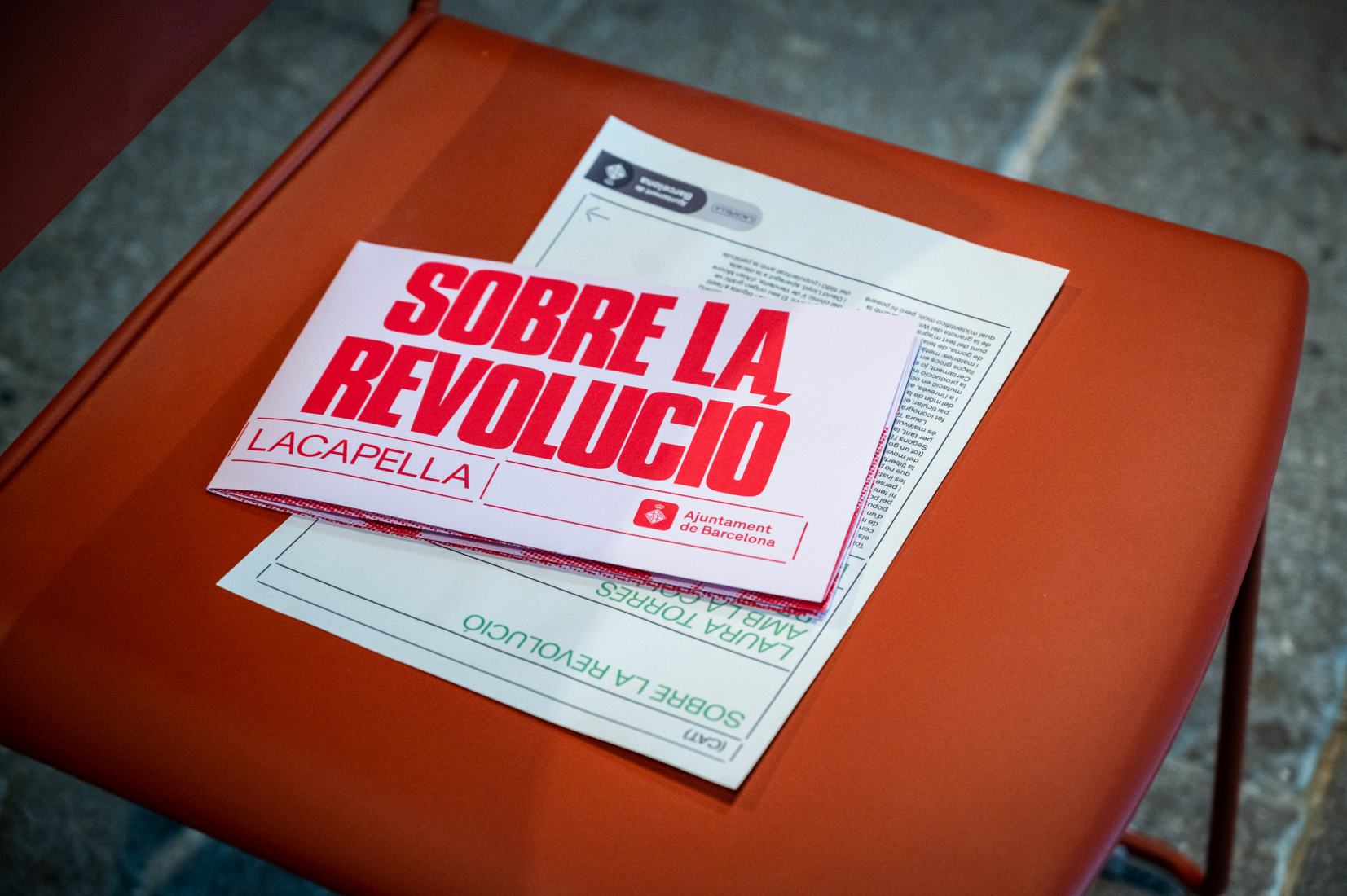 This project seeks to explore the interferences between reality and fiction in the collective construction of the imaginary of revolution, while inviting us to reflect on the use of a series of symbols, gestures or emblems that originated in the popular culture of fiction (particularly in film and literature) and which have been adopted by contemporary social movements as the insignias of their struggles. In addition, it aims to serve as a space for speculating on narrative devices (the roles of the characters and their relationship with power, gestures, discourse, pattern of repetition, etc.) employed by mass-media productions when attempting to represent the ‘nature of revolution’, while at the same time drawing attention to the ways in which consumer goods commodify and trivialise – by means of strategies such as merchandising – that initial recognition of the potential of the symbolic. Consequently, this work creates the conditions for talking about the relationships between reality and fiction in depictions of revolution. In addition, it imagines the virtues and problems of using this type of reference in the advance towards real change.

Sobre la revolució (On revolution) is a project by Laura Torres in collaboration with Sergi Àlvarez Riosalido and Guillem Pérez Sánchez.