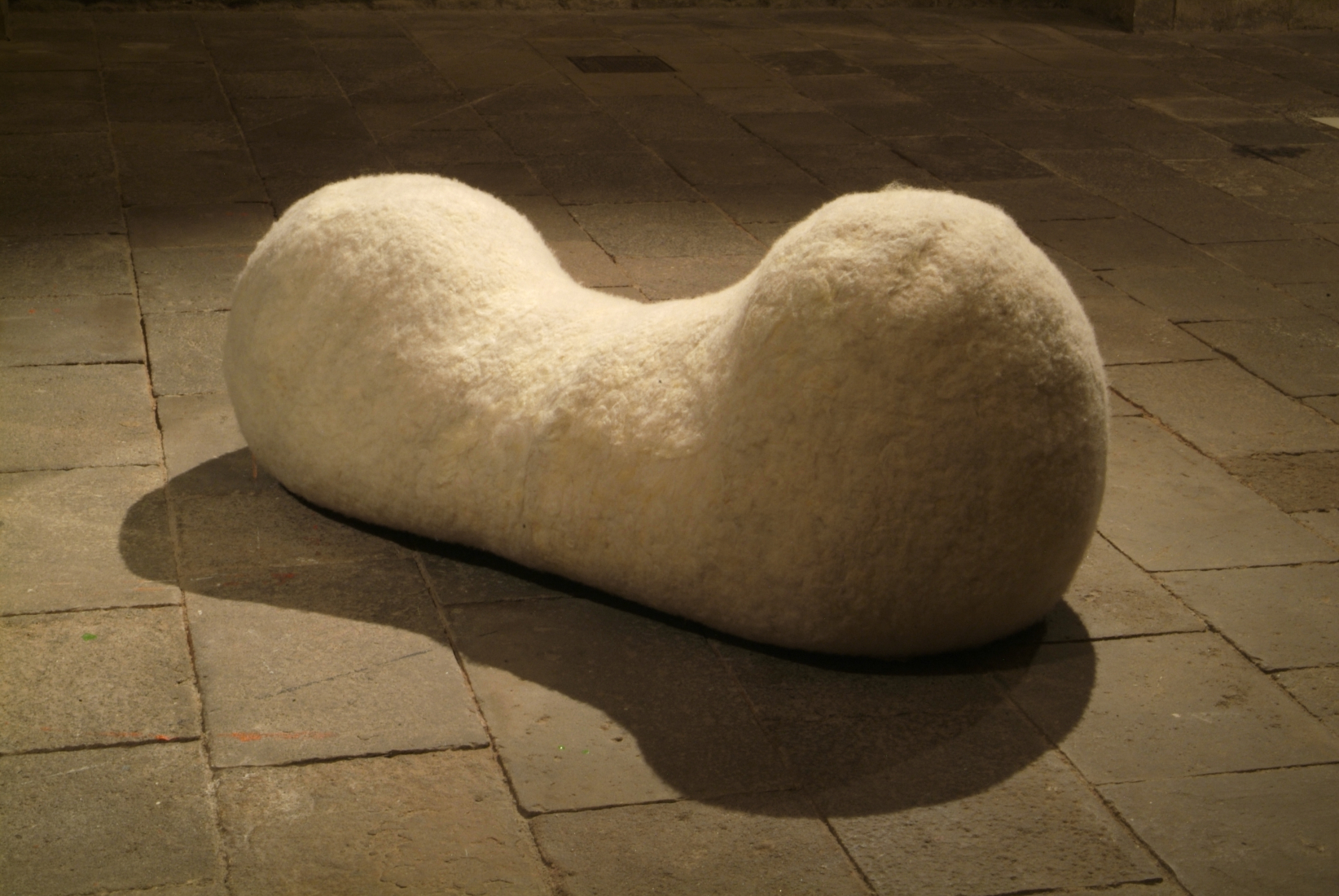 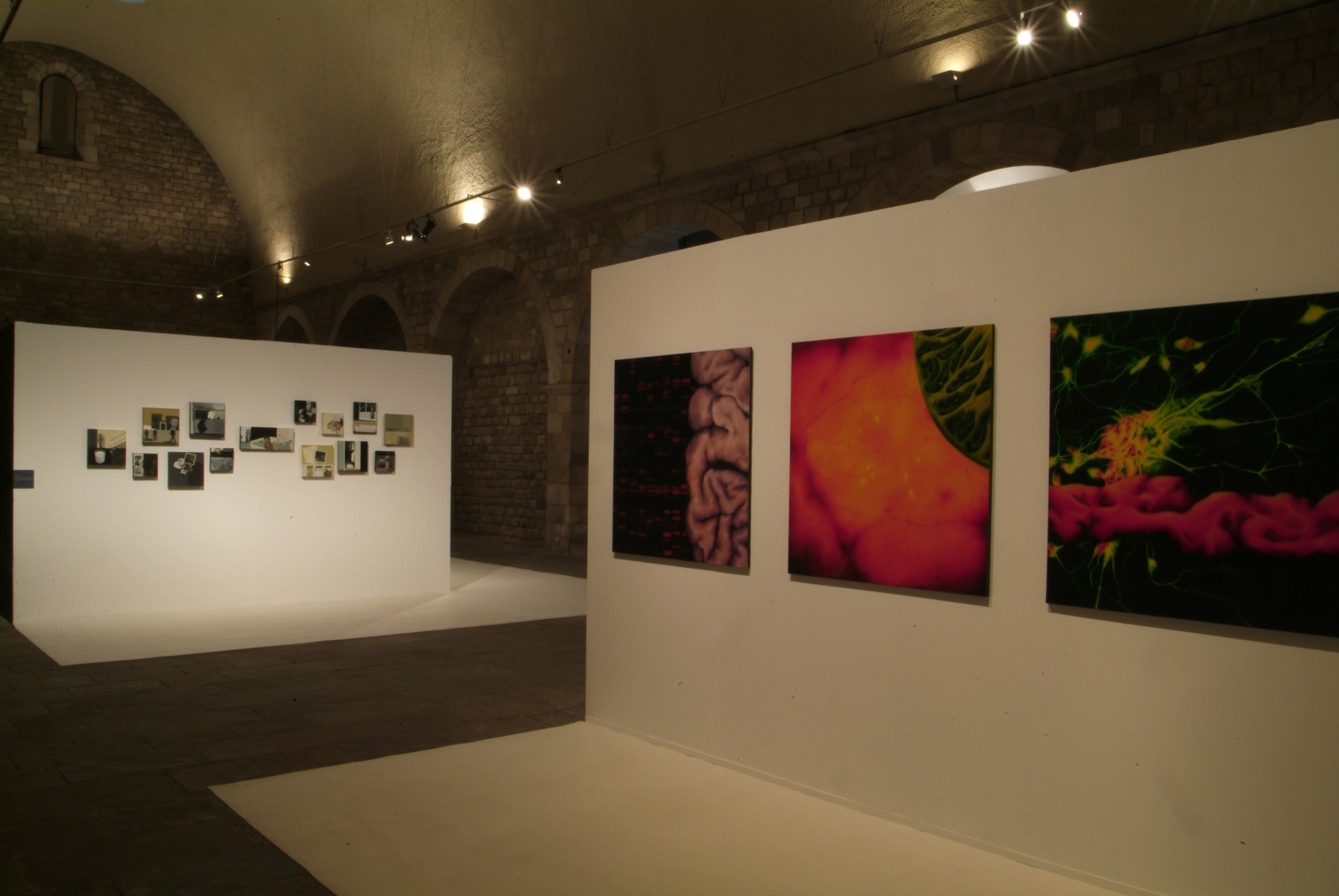 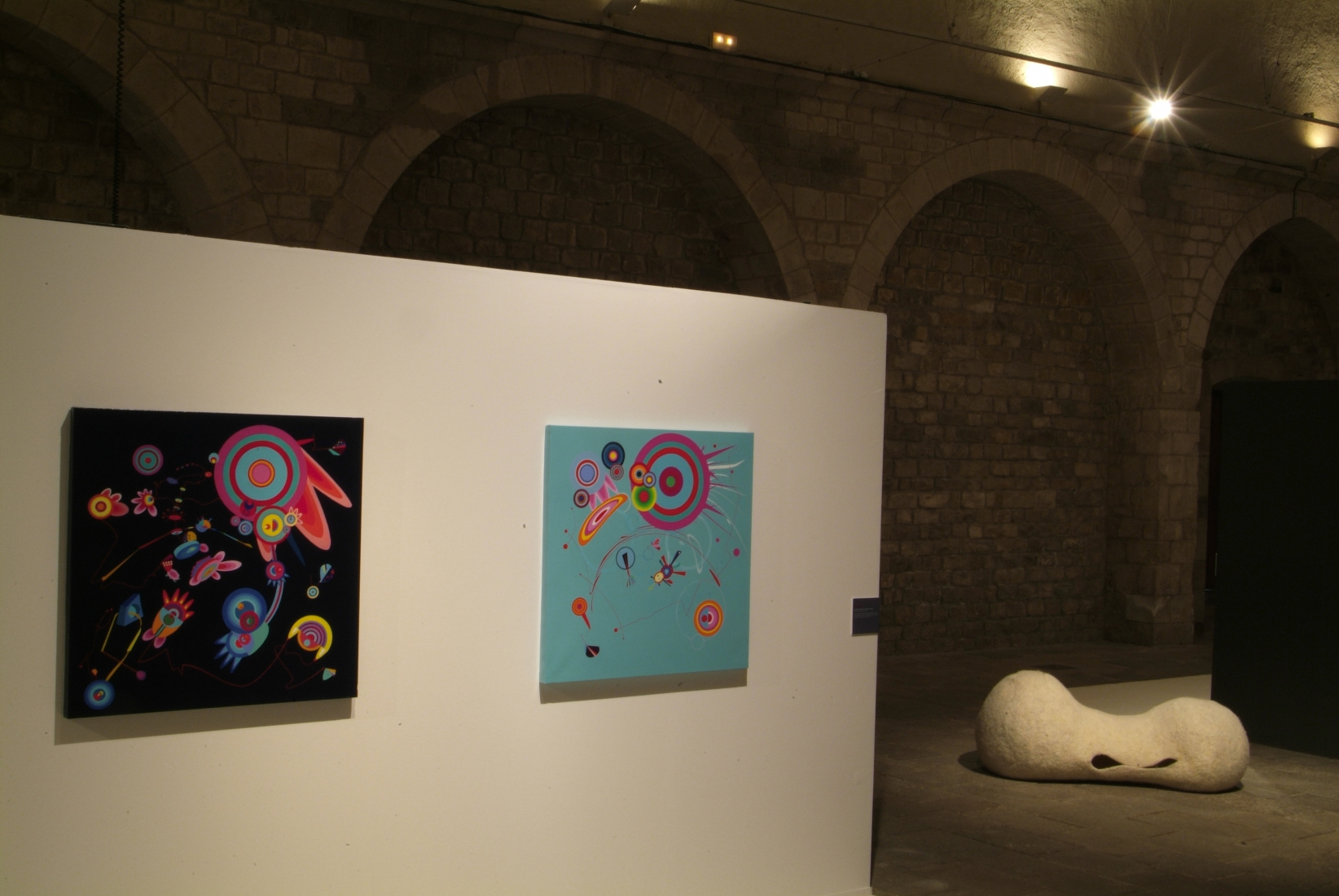 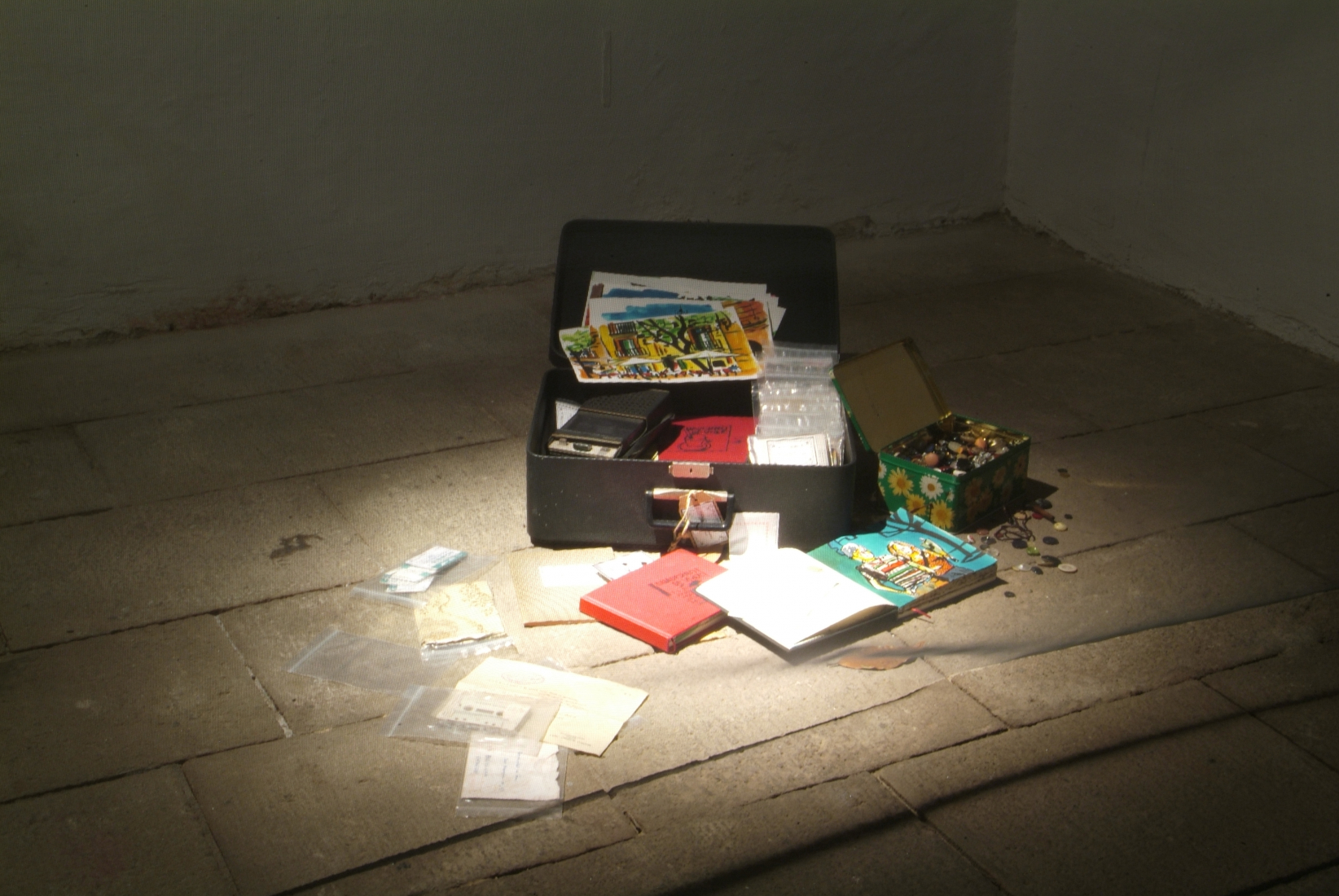 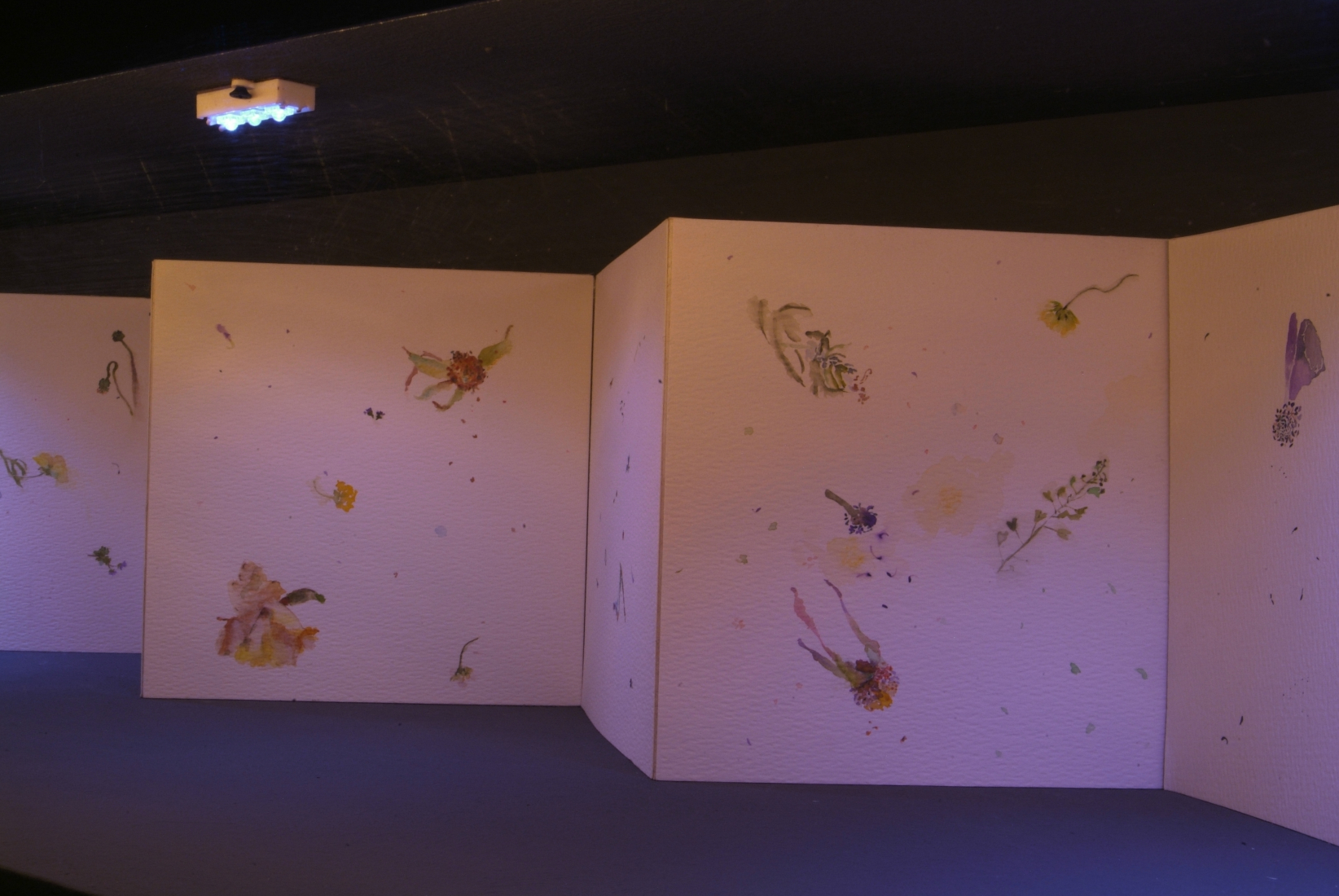 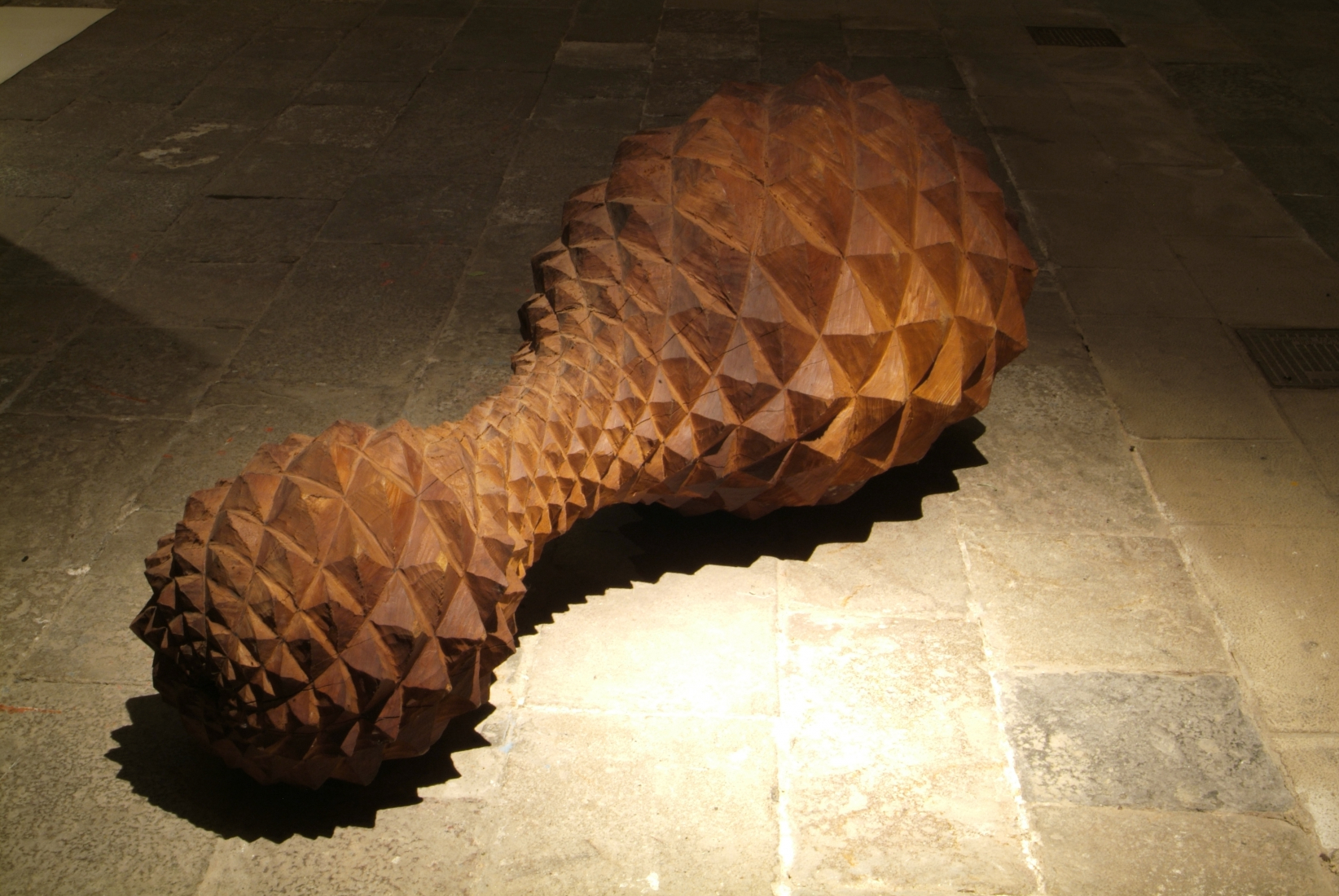 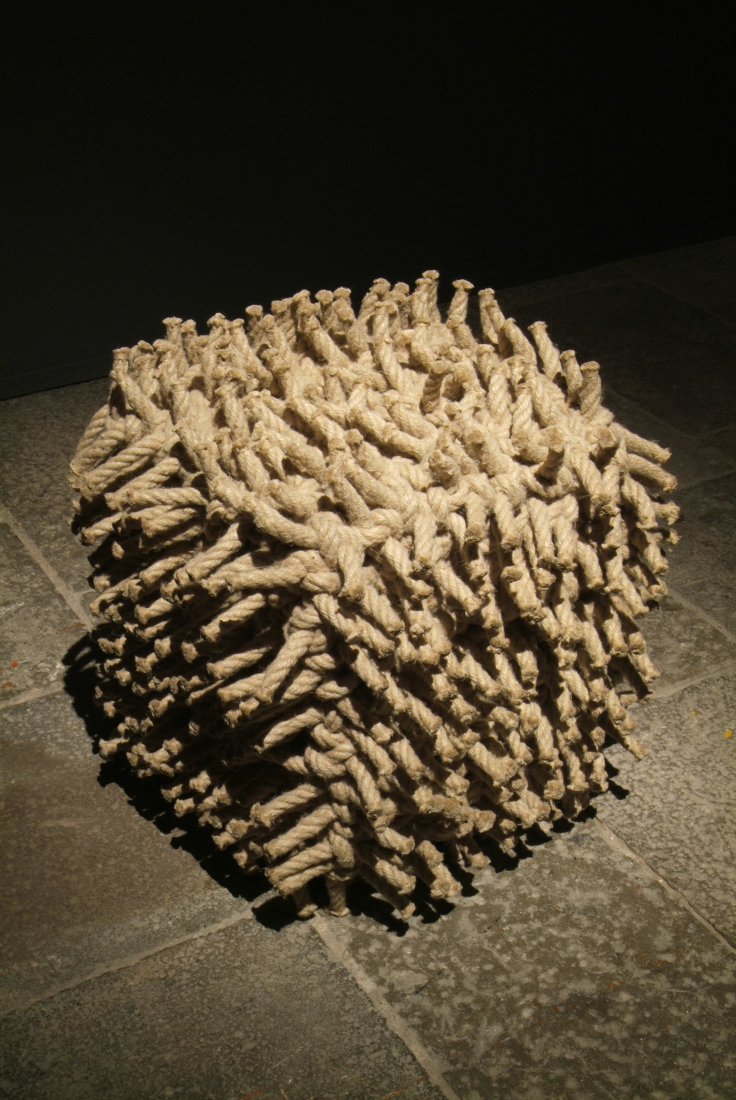 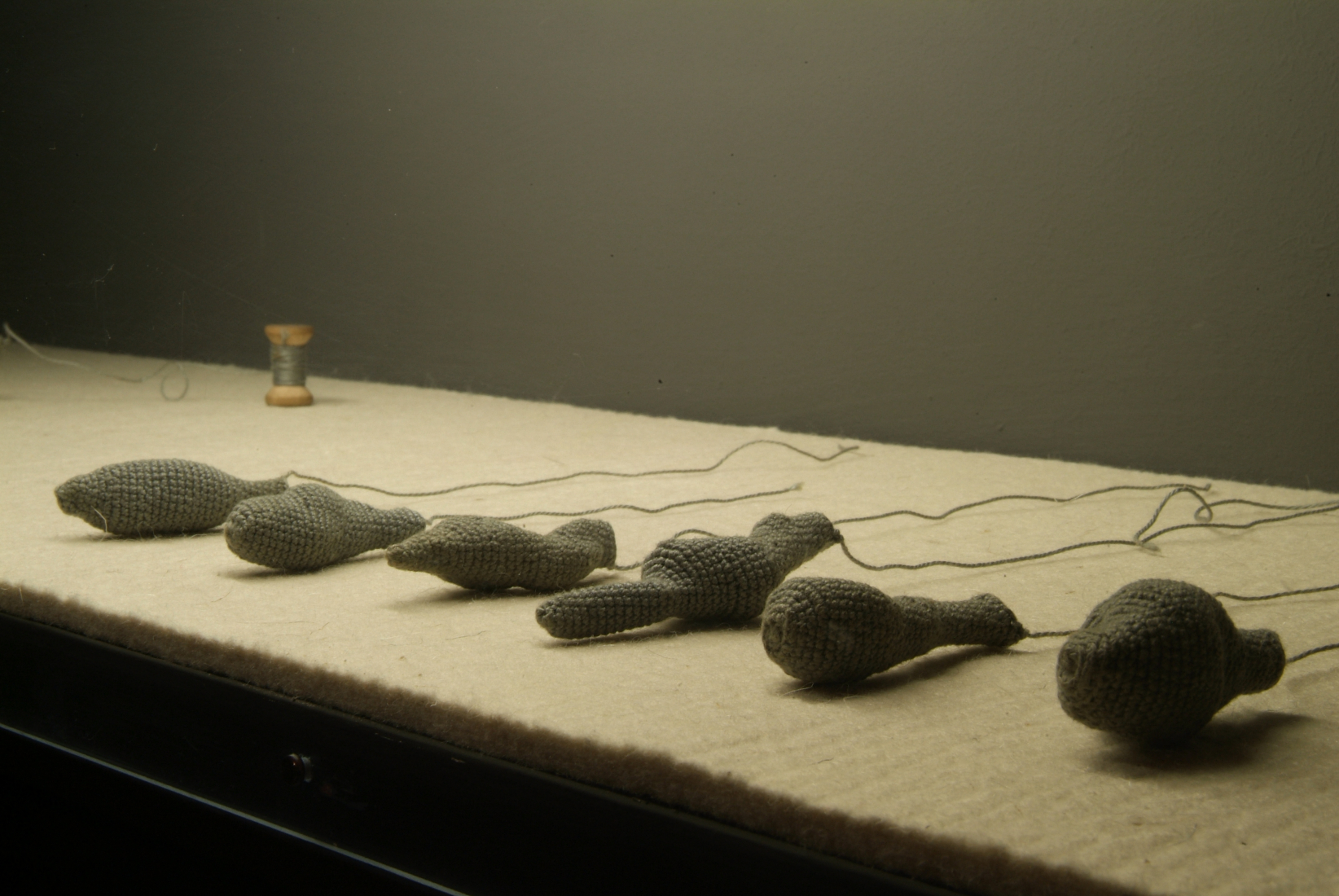 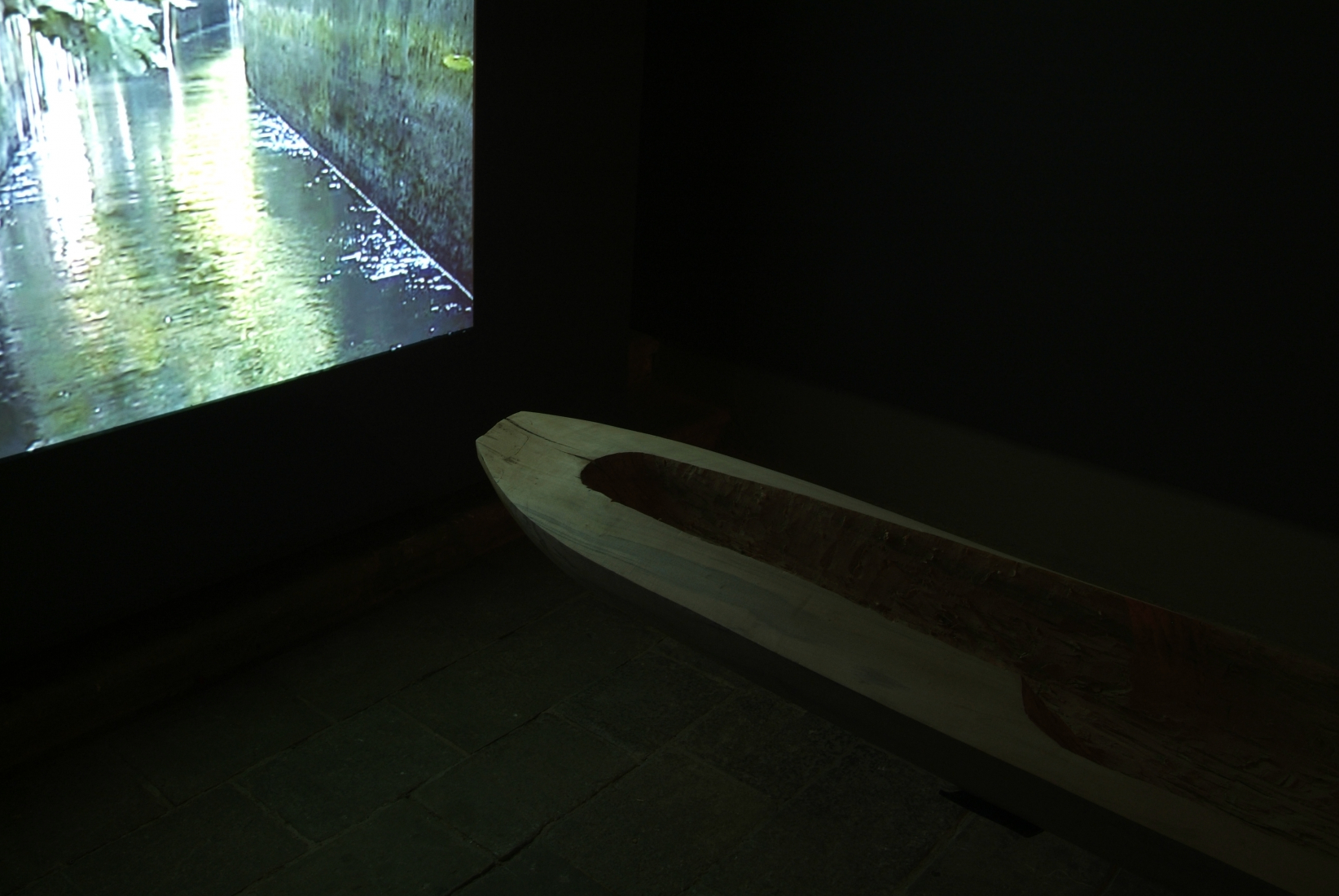 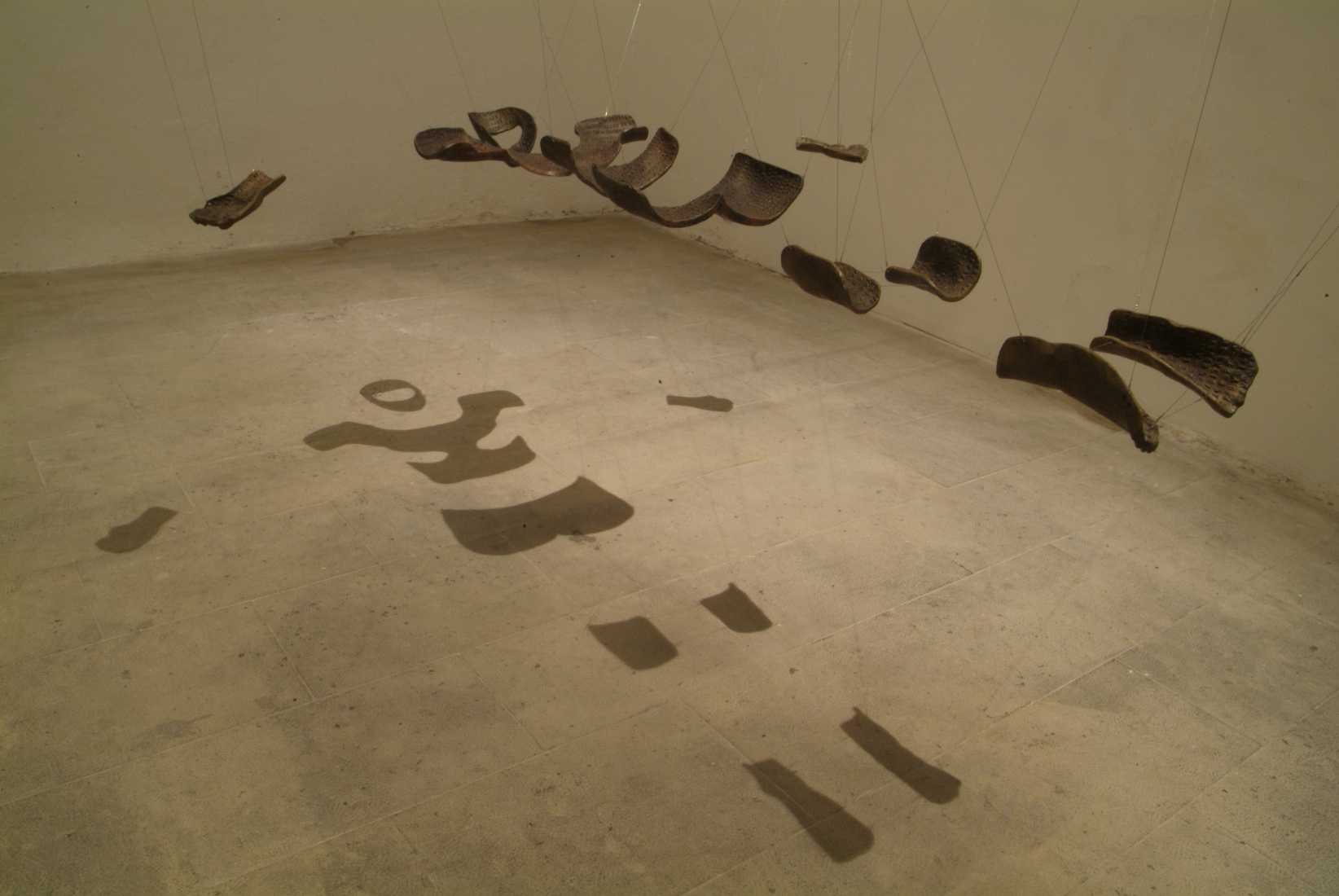 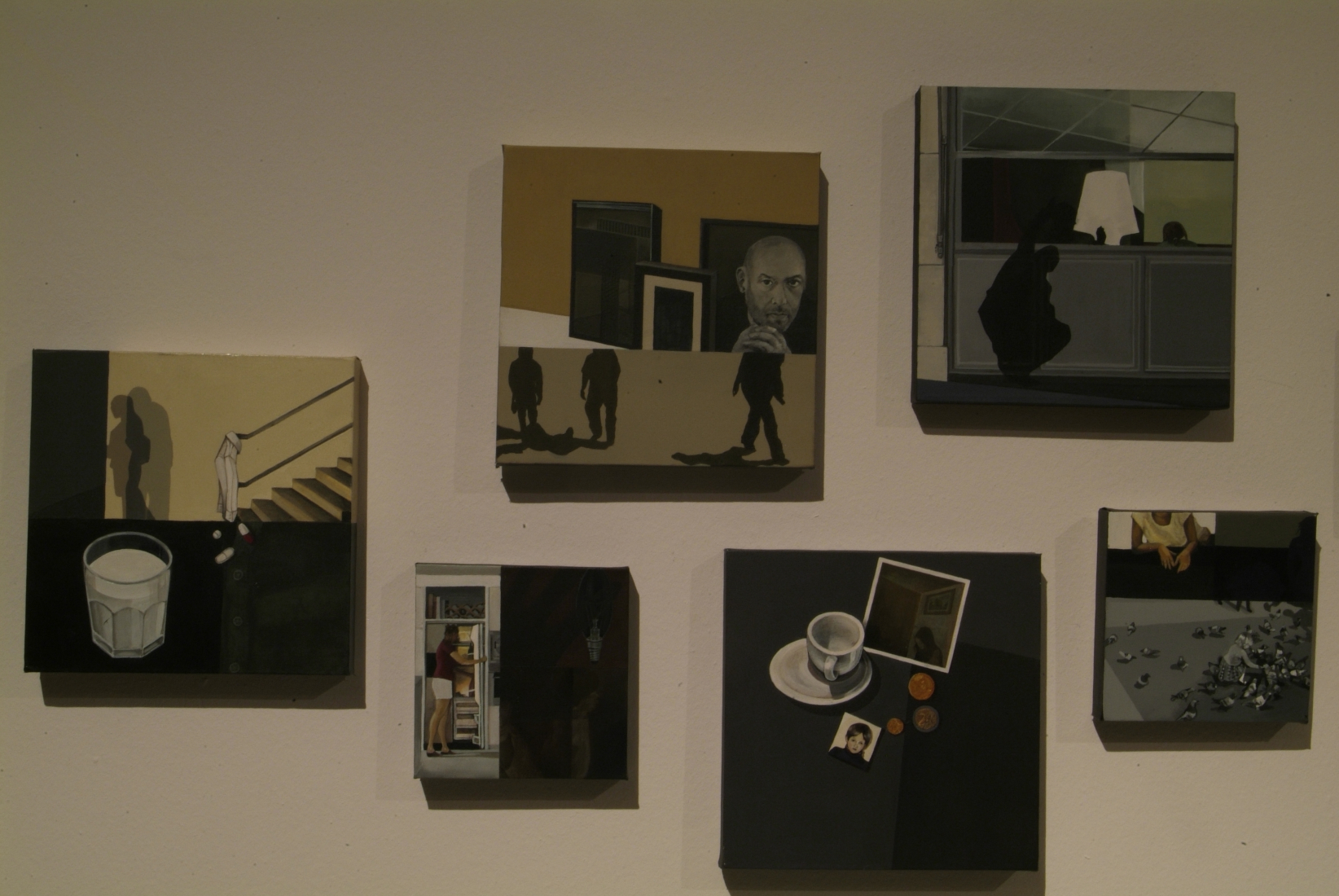 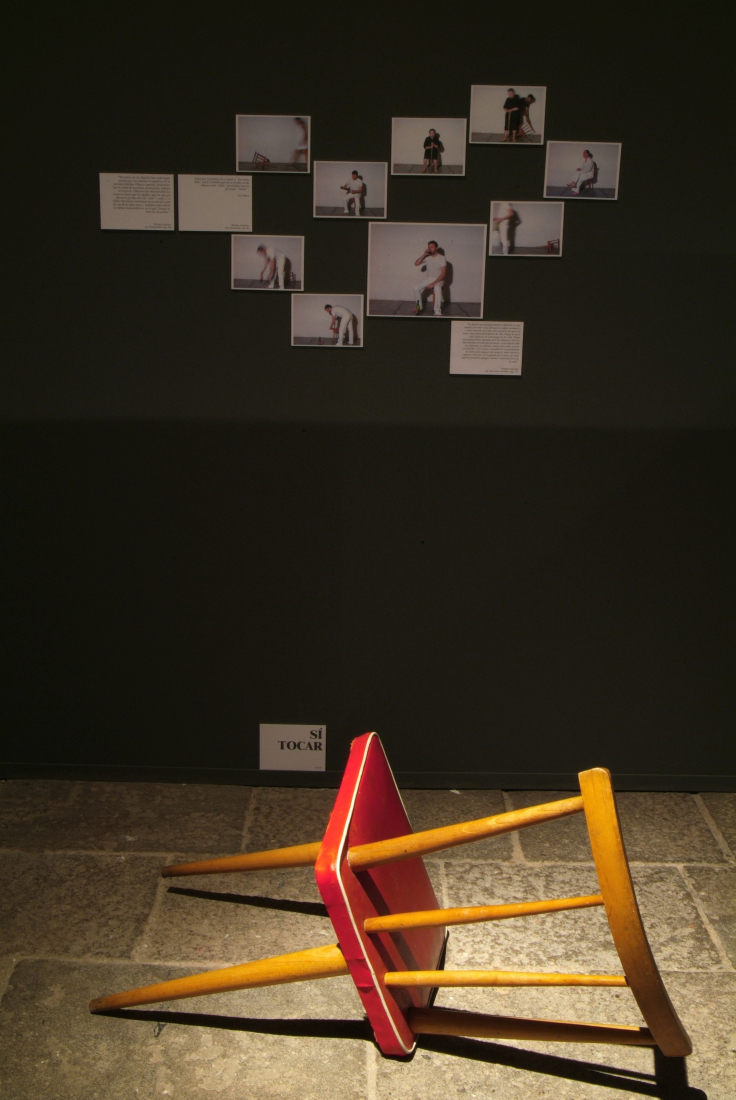 With the title "Pulsions", the Massana School and its Department of Visual Arts organize this exhibition - a selection of final projects of students of Art of the School - in the Chapel of the old hospital of the Santa Cruz. "Pulsion" is a little past word; It's new and it appeared in our vocabulary as a result of finding a Latin word that defines the Triebian properly, since it did not mean instinct, but rather pushed. Whatever the case, it is undoubtedly a word that is marked by the sign of a manifest, spontaneous and distorted force.

I wanted to put myself in front of these works with the will to write, though briefly, about each one of them. I wanted to let myself be carried away by the interpretive impulse, and so I say that I have seen Ariadna Trias's work with images that, although they are real, do not share neither time nor reality, their image associations generate, As the title of his proposal says, a new look: "re-gazes." I have seen three works, one by Britta Eppinger, Heimat, another by Víctor Masferrer and the third by David Gutiérrez that they intend to enter into the notion of transport and travel. Britta Eppinger alludes to the nostalgic melancholy of the lost refuge with a warm and closed container, a place where we have left without a guarantee of return, a trip that, as indicated by the object -canoa- of Víctor Masferrer, can enter us Towards the lush and humid forests of nature or, as much as possible, start walking and take an urban path of an initiatory nature, dragging an old suitcase full of indications and memories as David Gutiérrez has done in his Travel to Rius and Taulet. Rest and body suspension help reunite memories, the journey needs a new favored calm as proposed by Mariana Zamarbide, the measures of her own body, the suspended molds bring inscriptions and words. It is the warning to the necessary and equivocal balance.

The enigmatic beauty of forms is present with works by Marlon Mas, Miquel Samitier and Carlos Gavilán. In my view, all three have shaped the forge, not the technical sense of the word, but a mythical forge: that which alludes to themselves. Marlon Mas exploring "his weight at his height" has linked the forge to life; Miquel Samitier with Aequalitas Numerosa fighting against the iroco, which is a hard wood that has allowed for intractable diagonal and spiral twists as if it were a human muscle; Carlos Gavilán, with an obsessive virtuosity and a complex plot, has achieved 1,000 knots, with the magic of converting the linearity of the strings into a solid parallelepipedal of knots that indicate bond, commitment and personal obedience.

Jordi Requena opens the door to us, ostium, and offers us the inner look into a landscape never imagined in which the blood filaments and folds of the gut are shown with the beauty of an organic landscape. This visual dissection leads directly to the microscope microscopic world of Jon Elortza who, with a graphic ability, offers in its circular forms the strength of color, aerobatic dynamics and the vitality of not knowing if we are near or far from the Sun. Eriko Fukuda has arranged light and evanescent evidence of nature on the web; Attentive attention to detail is part of his work. The small formats of Vanessa Prieto are memory supports in which the characters, fictitious or real, create an atmosphere of recollection, a tense calm treated with the colors of the dream and the memory. Alejandro Martín is the image of the whole, in his work they want to bring together both myth and progress, figuration and abstraction, depth and surface, oriental and occidental, the narrative brush stroke and the technological precision of the world. square and compass.

We finish our journey with the work of Marc Ligos. Their objects are a kind of metaphor for our final drive, since they involve the essential collaboration of the viewer: it is the third element, what is missing so that, together with the work and the author, close the circle of necessary, necessary sense?