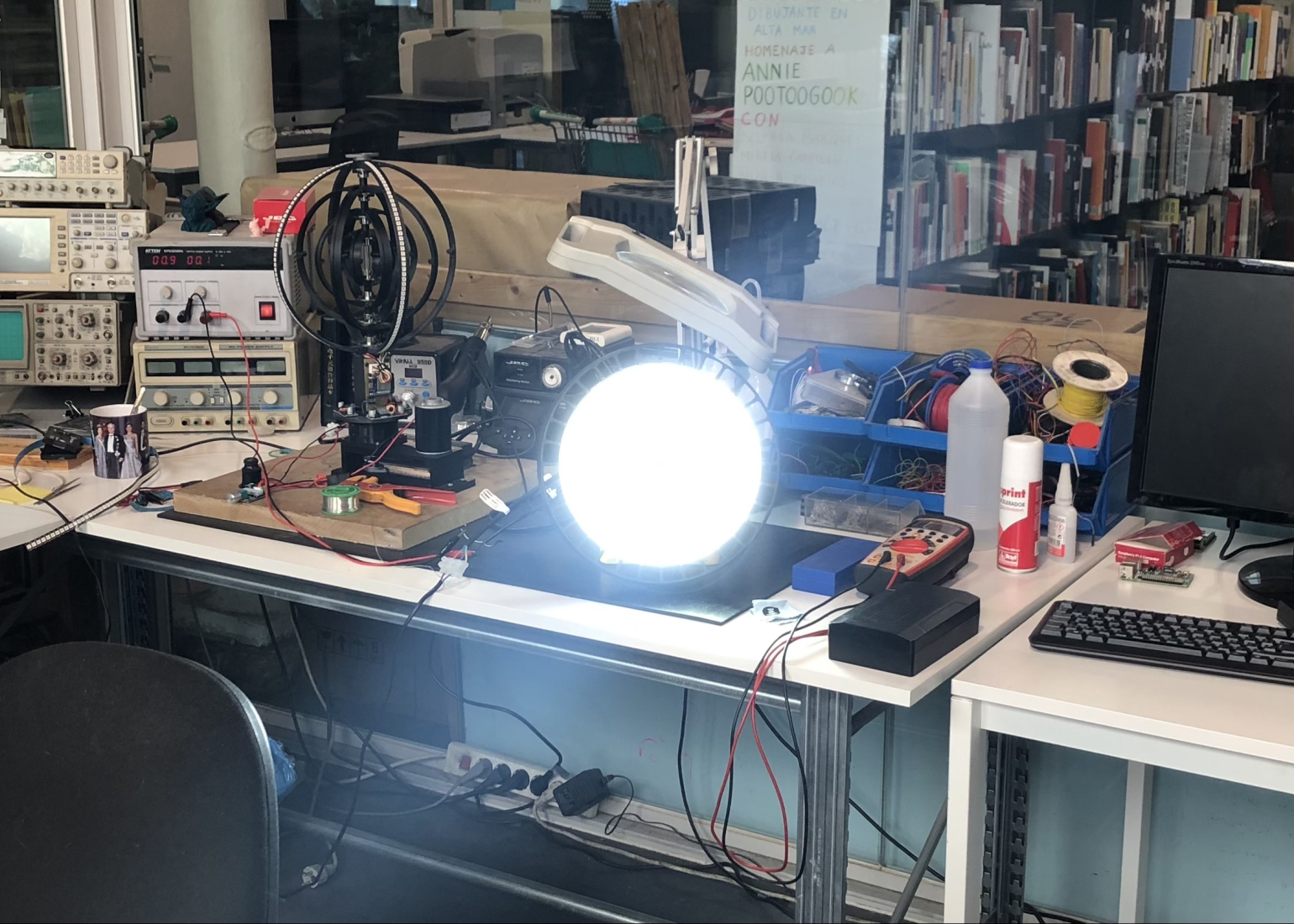 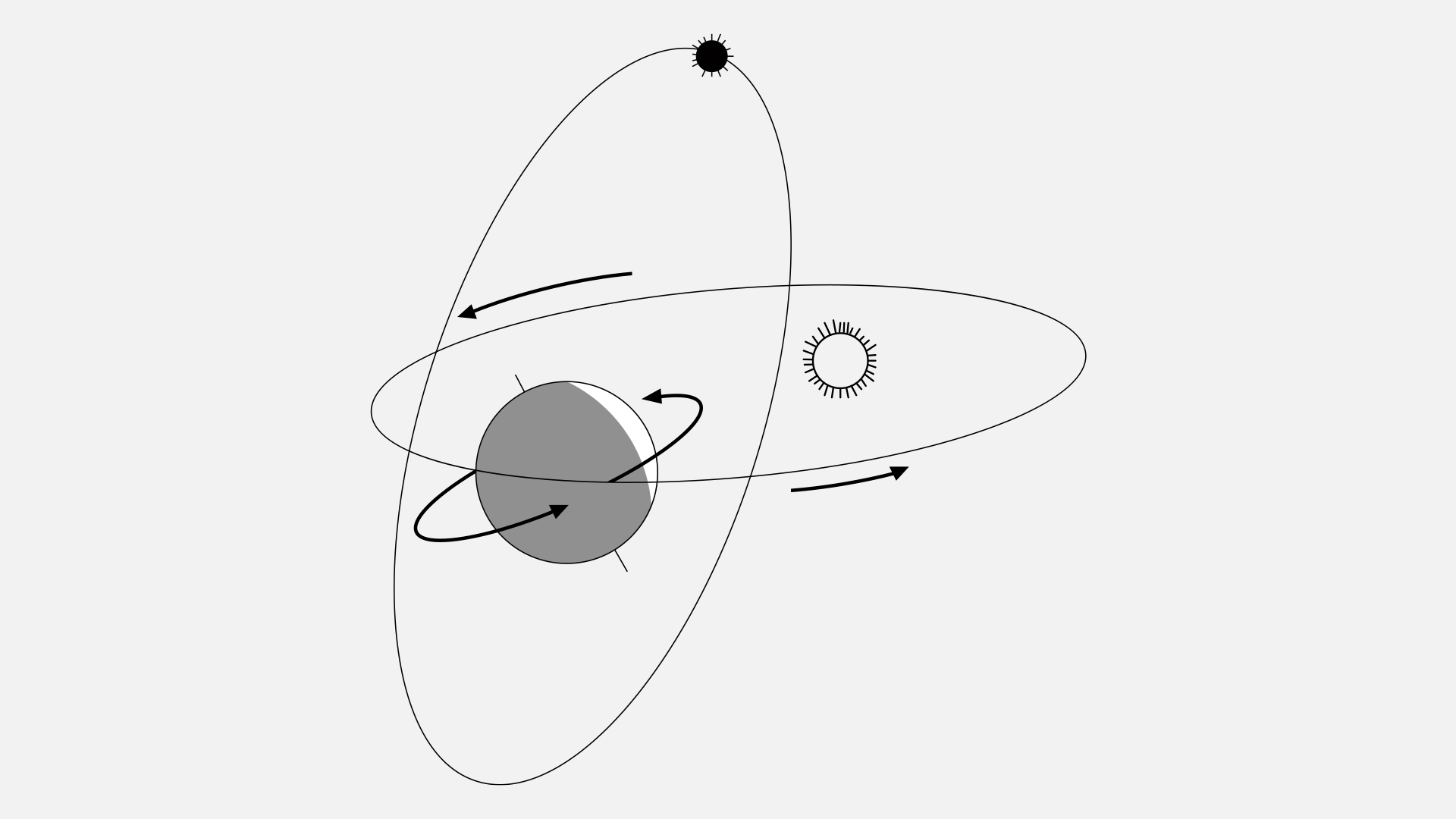 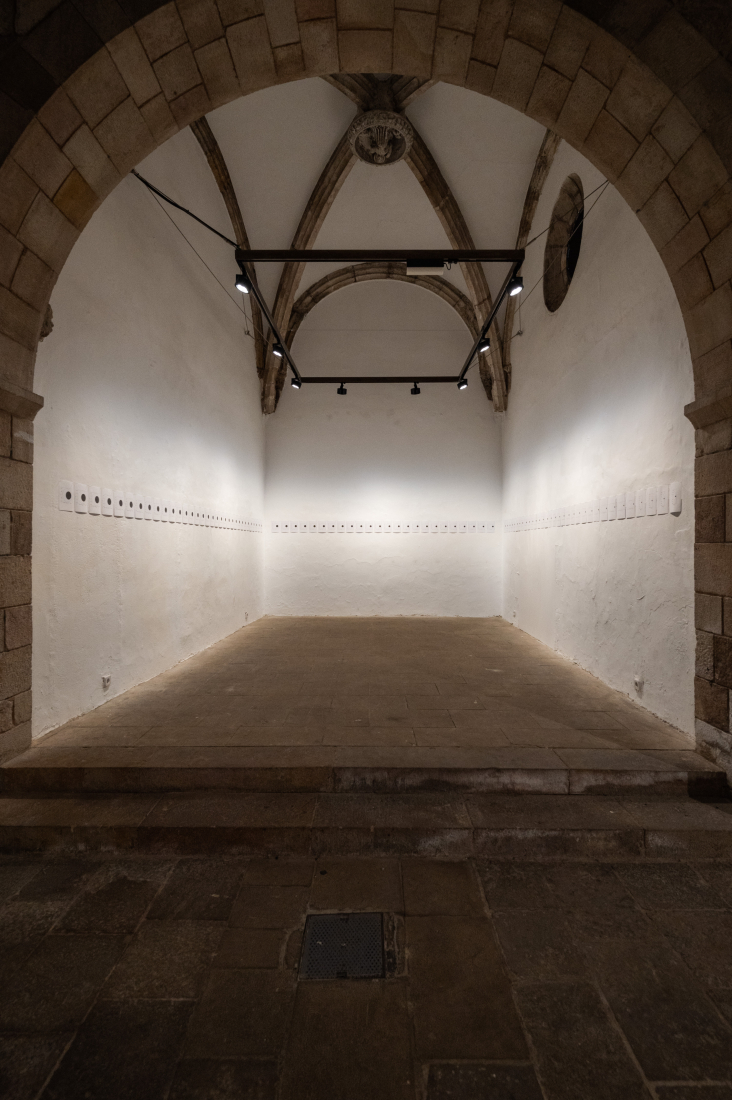 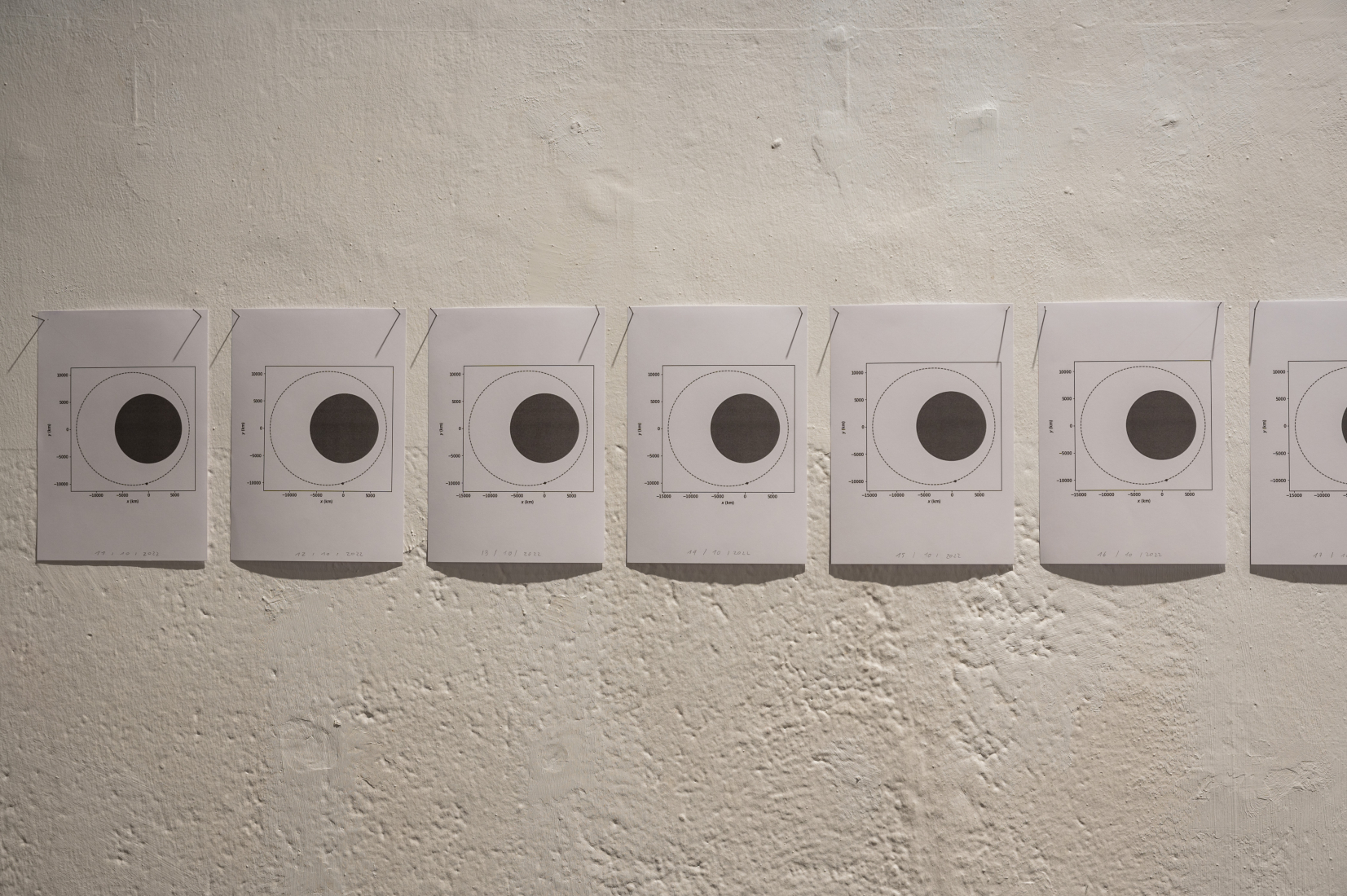 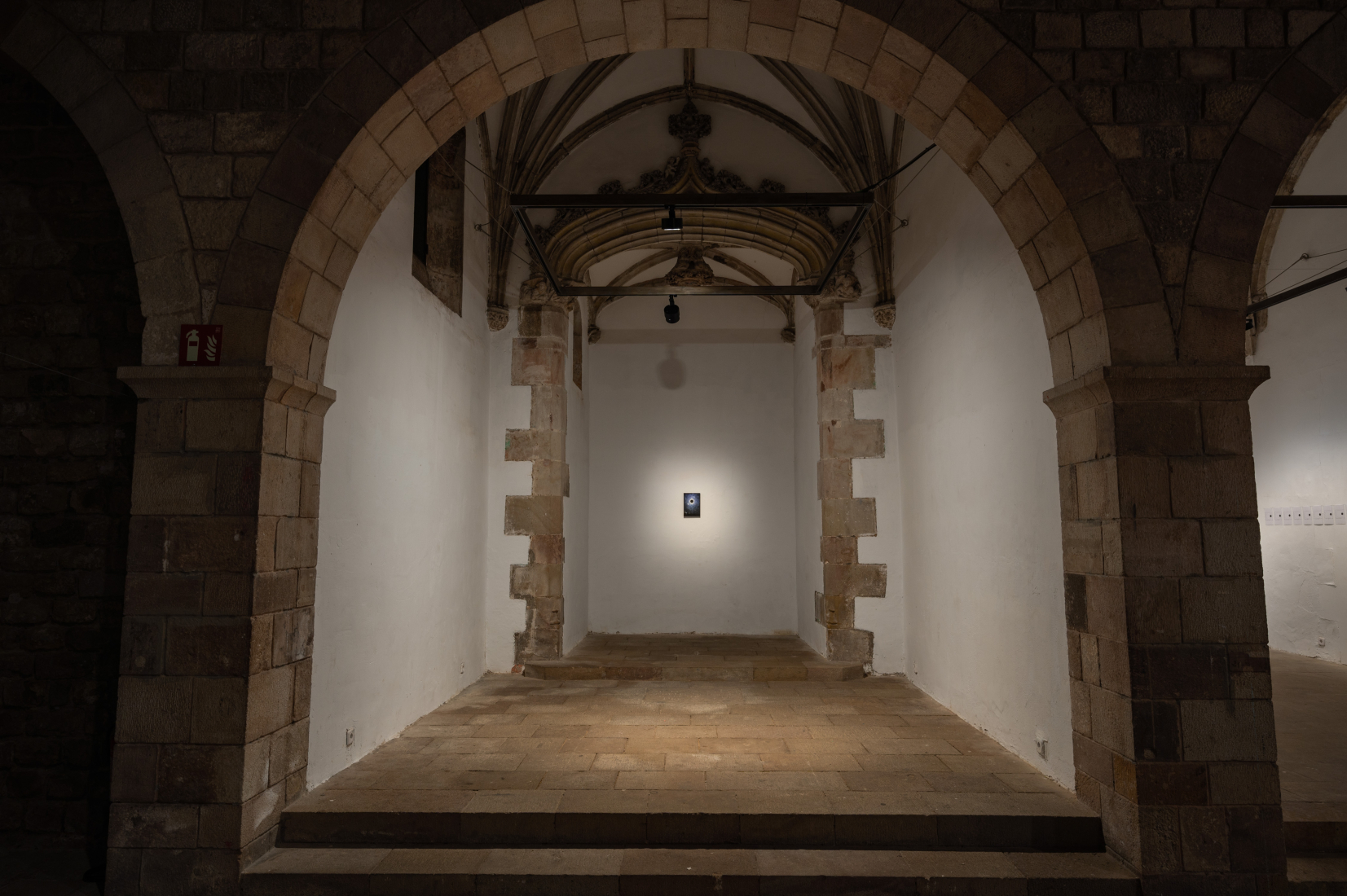 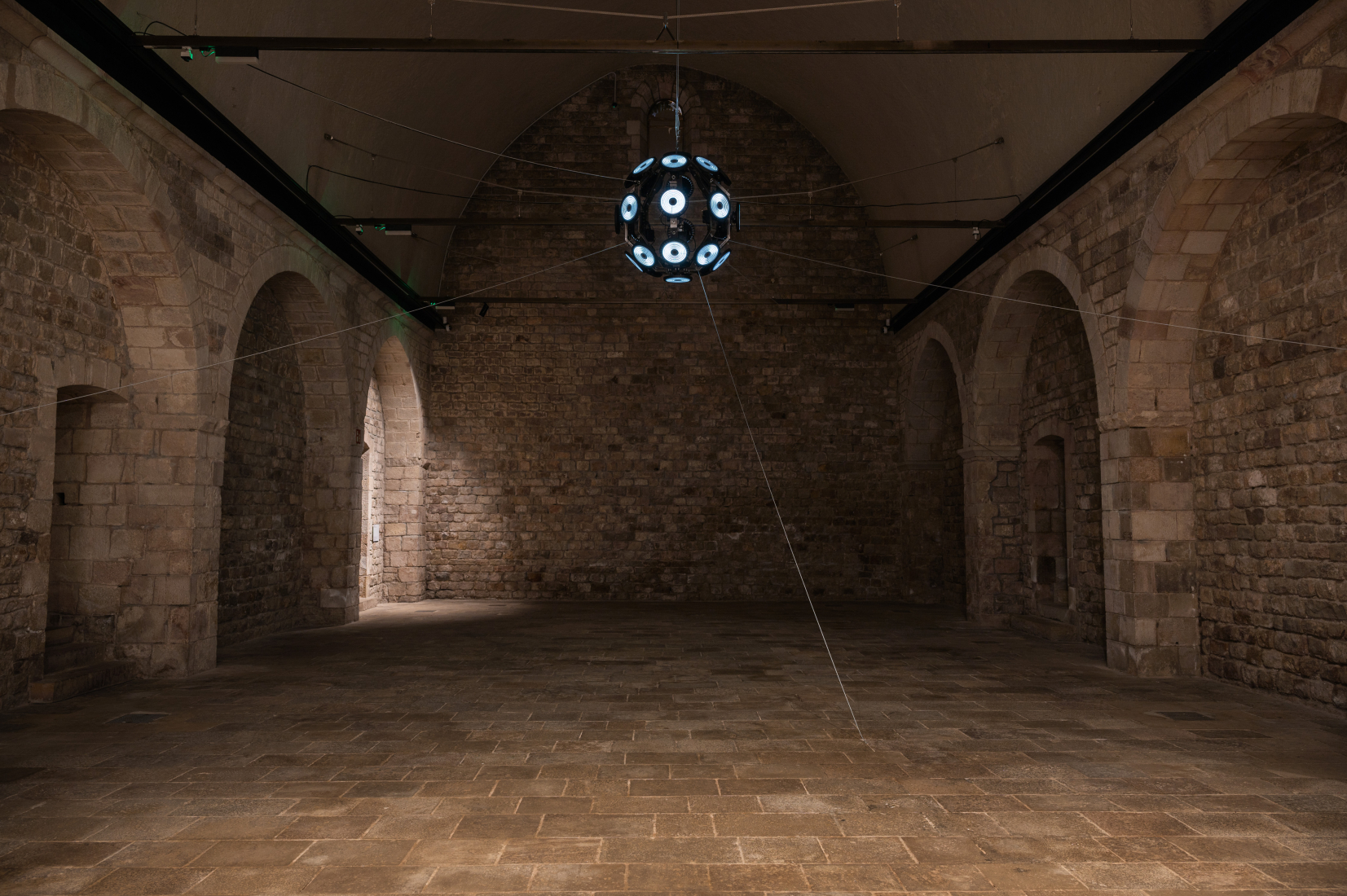 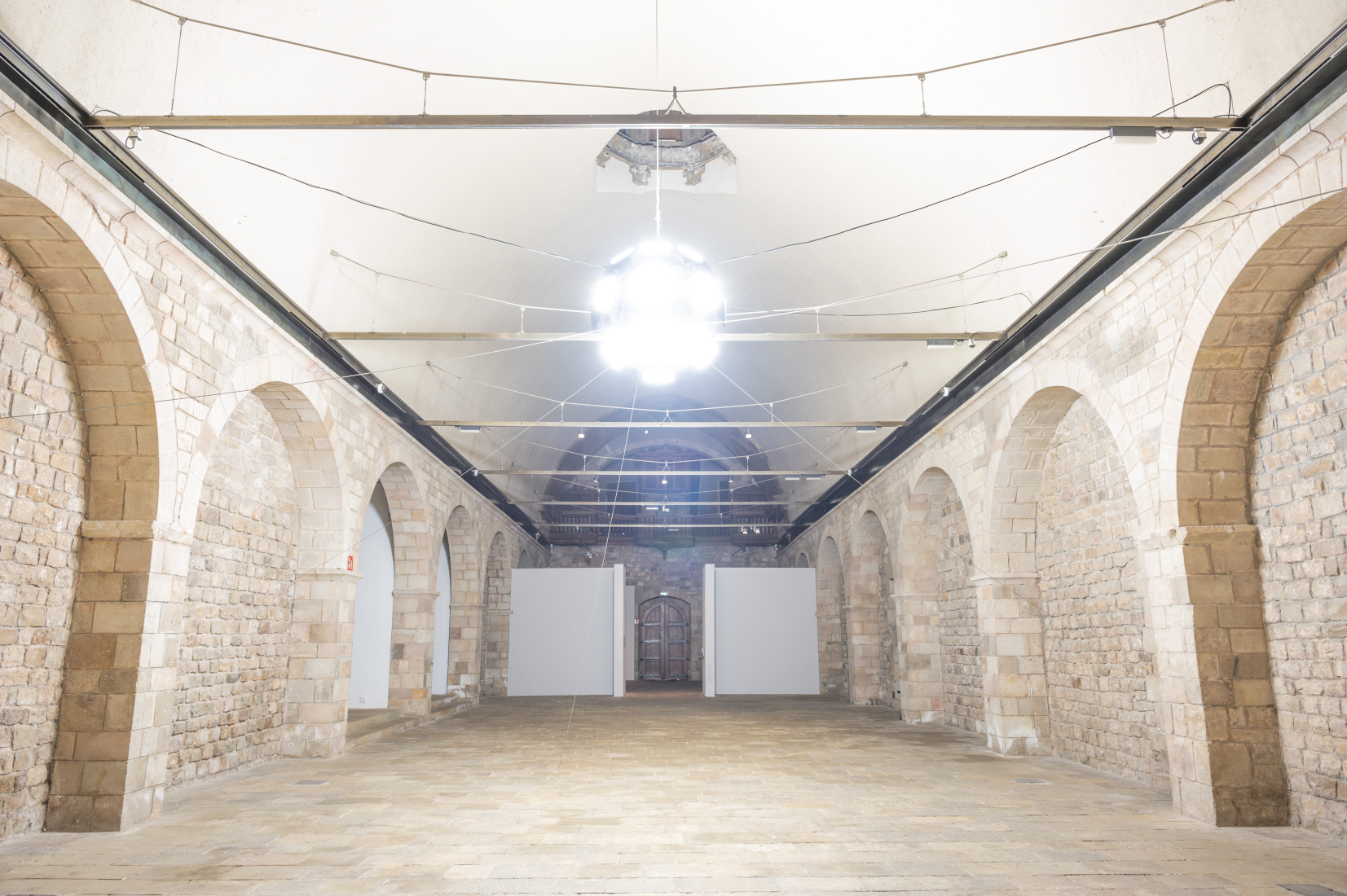 Otra luz cegadora (Another Blinding Light) is an exhibition project that proposes to approach science fiction through the narrative of a luminous object and the influence it exerts in a space. The occurrence of light, the temporal quality and the sense of expectation in response to the happening converge in a cyclical event.

15 September 2011 saw the discovery of the exoplanet Kepler-16b, a circumbinary planet, meaning it orbits two stars at the same time. Otra luz cegadora takes this finding as a starting point for the construction of a fiction: a celestial pseudobody that does not exist will be introduced into our solar system and, during its trajectory, its point of maximum brightness will be observable from the exhibition space.

This piece has been produced in Hangar.

With the collaboration of Irene Estévez Caride, doctor in physics (specializing in optics) from the Universitat Autònoma de Barcelona.

Diego Paonessa. Buenos Aires, 1970. Paonessa holds a BA in the Fine Arts, awarded by the National University Institute of the Arts (Buenos Aires) and a DEA (Diploma in Advanced Studies) obtained on the Painting in the Digital Era PhD programme at the University of Barcelona. He furthered his studies in Interaction and Usability Design at the Open University of Catalonia. In his projects, he focuses on research into the relations between technological production and artistic production. He was awarded the Grant for Artistic Production by the Fundación Guasch Coranty; the Carte Blanche Grant, given by the FAD (Fostering Arts and Design), where he undertook an interdisciplinary research project; the 2016 Baden Württemberg-Catalunya Grant; and a grant for research and innovation in the visual arts (OSIC). He participated as a collaborator in Visualizar 2011 and Interactivos 2013 in Medialab-Prado. He has done residencies at Corelabs (New Media Art Production Center) in Beijing; Constant - Association for Art and Media in Brussels; Hangar.org Centre de Producció i Recerca dʼArts Visuals in Barcelona; and the Kunststiftung Baden-Württemberg in Stuttgart. He has worked and shown pieces in institutions such as the Centre d'Art Santa Mònica, BCN Producció, La Capella, Hangar, BIAM, Centro Cultural Borges (Buenos Aires), ISEA 2016 (Hong Kong) and the Württembergischer Kunstverein Stuttgart.