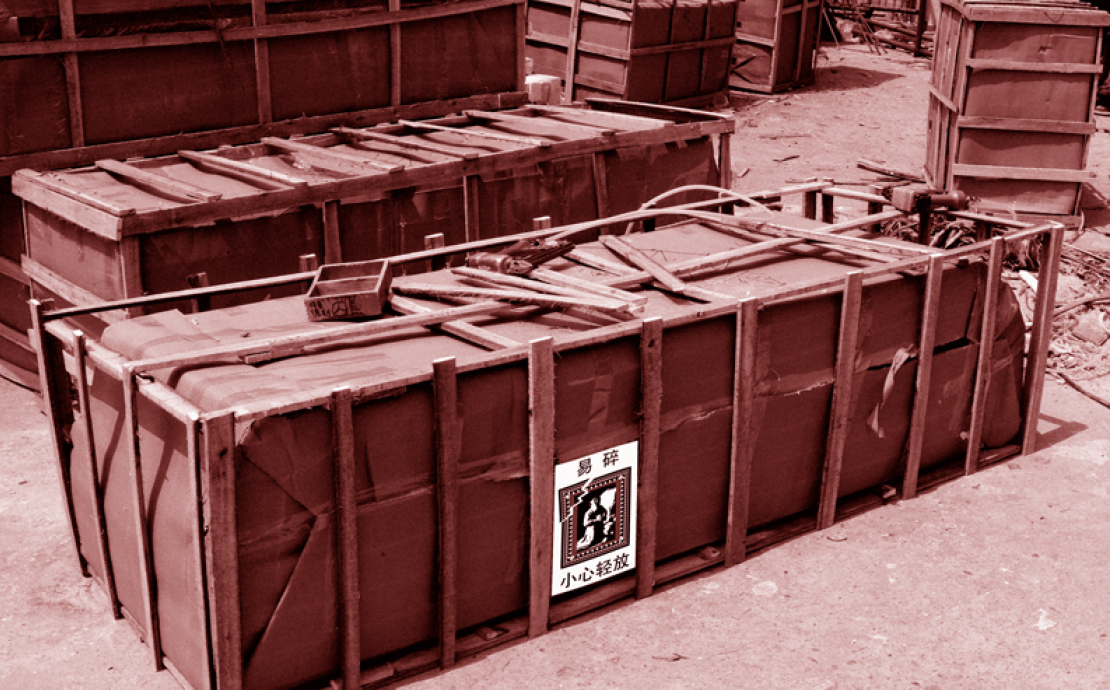 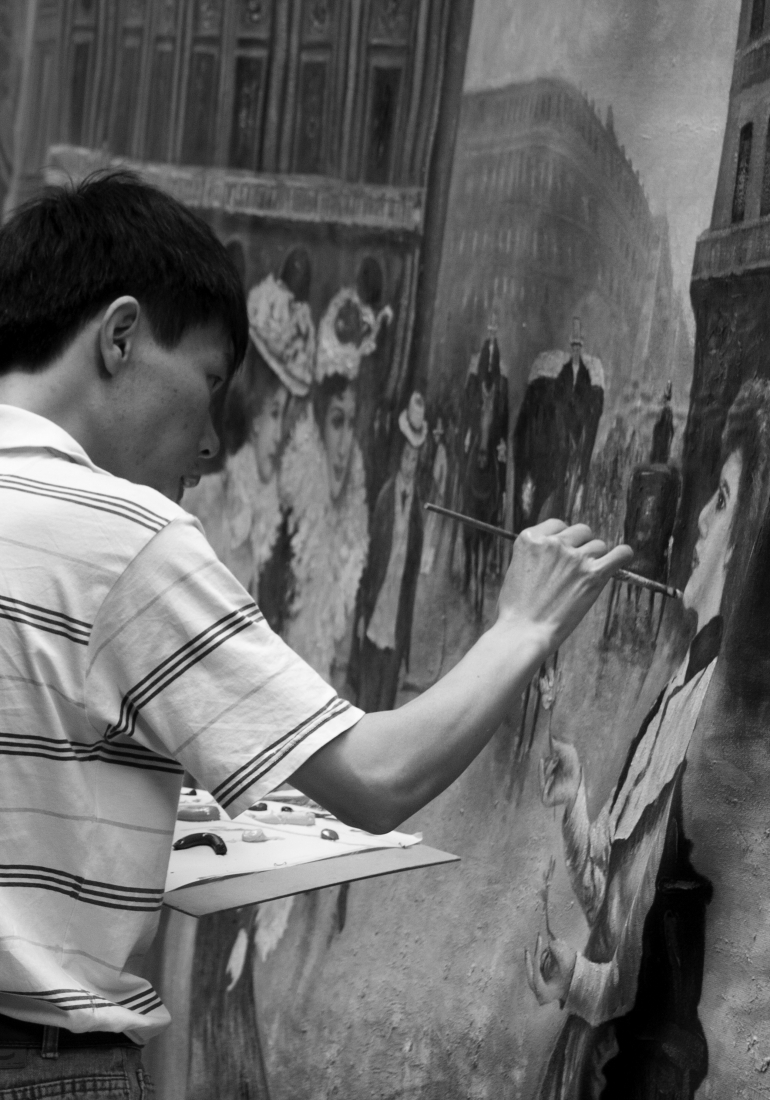 MONTSE CARREÑO (OLESA, 1970) | RAQUEL MUÑOZ (CALATAYUD, 1980). Both live and work in Barcelona. Having graduated in Fine Arts at the University of Barcelona, they have worked together since 2006 within the framework of the MIOP association. They have undertaken various projects and stays, noteworthy among which are dRakar and Nomade in Senegal and, in 2010, “Chinese Fantasy. Yiwu’s Garden” in Shanghai. From a multidisciplinary perspective, their artistic production is carried out by means of artefacts and pieces of fiction that address paradoxes related to consumption, plagiarism, alterity and hybridisation in contemporary society.

The most important distinction, when discussing the quality of a painting, is not whether the painting is genuine or fake but rather whether it is a good or bad fake […] If it were hung in a museum long enough, I am sure it would become real.

Chinese boxes are those that fit inside one another like matryoshka dolls. In literature, it is a resource whereby one narrative is introduced inside another. Here reference is made to the content of Las cajas españolas (The Spanish Boxes) and the history of the copyist painters of Dafen, a suburb of Shenzhen in China dedicated to the reproduction of works of art and known as “the village of oil painting”. Today it is the hub of a huge global industry: the mass production of replicas of masterpieces, where some 10,000 copyists churn out oil paintings made by hand in hundreds of small factories.

The interest of Carreño and Muñoz in the village of Dafen does not stem from the fact that works of art are reproduced there, but rather lies in the production capacity of its painters and the mechanisms that have led to forming a cluster that is destined to become a symbolic source of capital, which is significant in the realm of global capitalism.

In the form of a story, the project does not seek to accurately recreate a moment in history, but rather to move between two remote contexts on generating a piece of fiction, bearing in mind that every piece of fiction produces a reality effect.

Some of the goals of appropriationist practices are based on questioning the museum’s discourses, the mediation processes of the artwork and the neutralisation of its critical-social value immersed in marketing processes. Thus, the artists assert a reorientation in a research paper concerning the logic behind unbridled consumption, with particular emphasis on the legitimating value and mythification processes developed by the cultural institution, which is set forth in the publications of major museums. Furthermore, they shift their gaze to the windows of the Dafen painting studios, where the vast encyclopaedia of art history bursts and is reorganised into new categories that correspond to very basic market strategies: landscape, European people, flowers, abstract art, etc. Classifications corresponding to the works of Van Gogh, Renoir, Gauguin, Dalí, Rembrandt, Picasso or Warhol. Any of these old masters can be ordered online. As a result, art history is flattened according to supply and demand. The reading keys fade out in a capitalist dystopia where painting and merchandise become synonymous and turn into the smooth surface of a canvas. 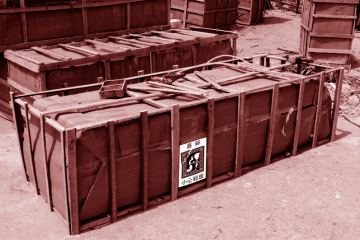 The counterfeit and legitimizing value of the museum: the project of the Chinese boxes
Montse Carreño and Raquel Muñoz (artists), and Damià Martínez (MNAC)
Activity
View