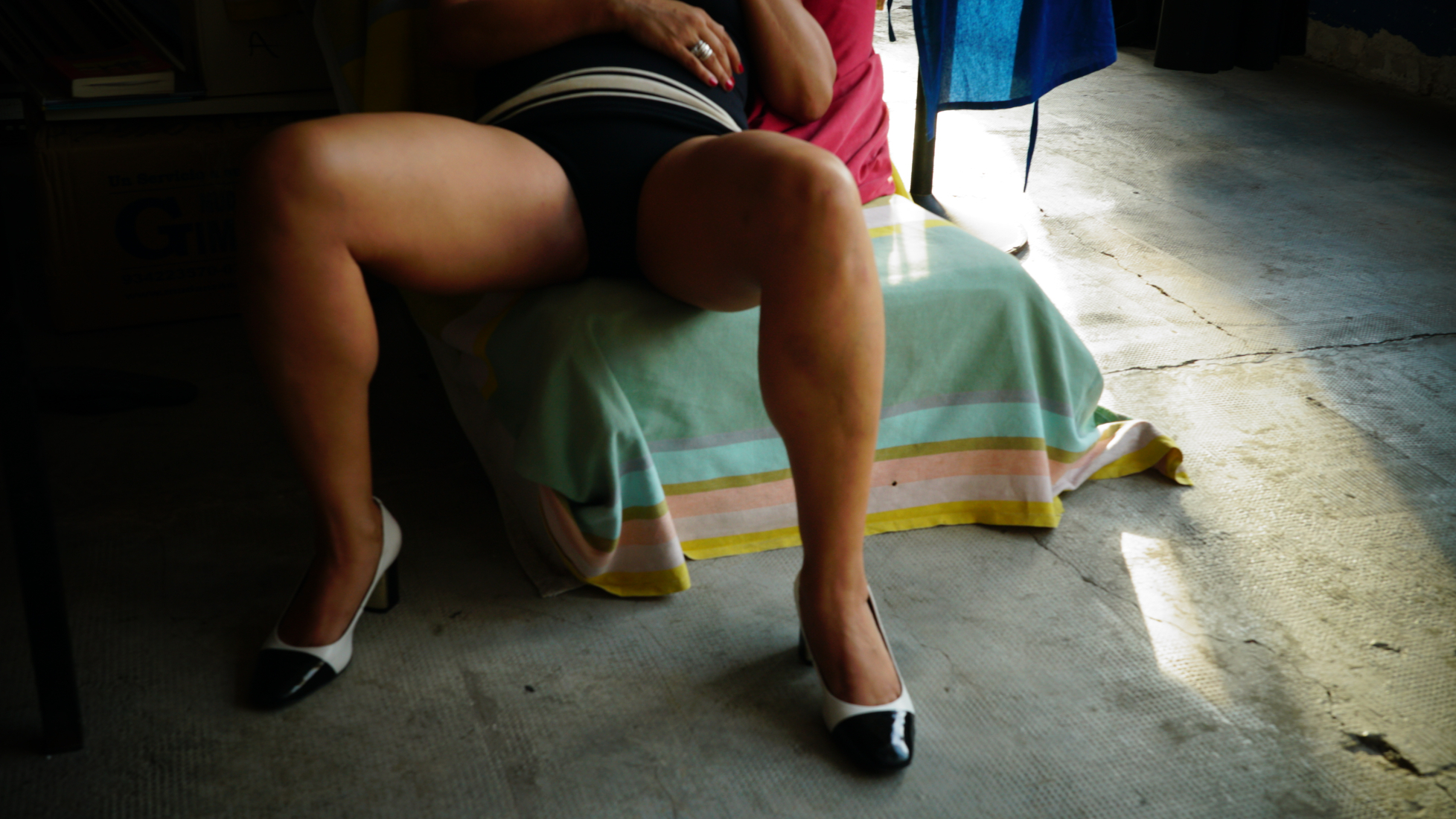 La Mondonga is a performing arts project that grew out of writing. The starting point was a series of poems of an autobiographical tenor written over the last two years. From the outset, these poems were intended to be developed in a format that encompassed performance and poetry recited aloud. The texts are so oral that it is as if the author is right beside the reader, reading to them alone; they convey the same vibration, the same freshness, the same revelry, the same rage, the same laughter, the same high jinks, the same wild, disordered, rash, violent, endearing, unrestrained beauty, the same catastrophe, the same untidiness, the same instability, the same divergence.

Carolina Olivares. Valdivia, Chile, 1973. Olivares studied performing arts at the ARCIS (University of Arts and Social Sciences) in Santiago de Chile and in 1995 set up the first contemporary art gallery in the city of Valdivia (Chile). After moving to Barcelona, she co-founded the KKB (Kültur Büro Barcelona), an independent structure she co-directed from its opening until 2004, when it closed. In 2008, she founded CO producciones, an independent artistic project and cultural events production and management platform that she directs. In 2016, she set up the ANFITRIONA project, which she ran from home, in Barcelona. This was a self-managed, independent project that mounted a series of artistic encounters, literary happenings and performative talks and was intended to become a refuge for the active spectator.

In 2018, she and Jordi Colomer and Eduard Escoffet founded La Infinita, an artistic creation, research and production lab that encompasses the performing and visual arts based in L’Hospitalet de Llobregat, Barcelona. As an audiovisual producer, she has worked with numerous artists, among them Iván Argote, Valérie Jouve, Itziar Barrios, Camille Llobet and Enrique Ramírez.