HoritzóTV is an exhibition project and a worldwide meeting point for alternative television agents and proposals which are broadcast from analogical and digital platforms.

HoritzóTV investigates and screens interactive, “horizontal” television projects in a context in which everyone can be both broadcaster and receiver.

HoritzóTV puts an ear right to the ground and broadcasts to the world, taking advantage of cultural differences for better navigation.

The laboratory of televisions that brings together subjectivities and differences. The television that does not mistake culture for the market, or objectivity for a monopoly..

HoritzóTV is, above all, a place of encounter, a stage on which agents from the city and the world can appear and engage in a dialogue. With mixed and varied programming, HoritzóTV features fashion, sport, music, the economy, cinema, competitions, literature, news and even advertising that show other realities and other ways of seeing the world, of informing and of communicating. This year international discussion revolves around two central themes: “We’re Still Here…”, dedicated to communities in extreme situations that take on the responsibility for disseminating information about themselves, and “Ownership and Belonging”, which makes diverse readings of the meaning and scope of intellectual property rights.
As always, everyone is invited to take part in the live broadcasts, offer any information they like and propose possible programmes.

PROGRAMMING
http://horitzo.tv Live streaming every afternoon Tuesday to Saturday, from 6 pm to 9pm.

Escape Sport Project. With Gaspar Maza
The sports programme for those who like to kill time, enjoy themselves or meet up. Sport that can be done in public spaces or that makes use of those spaces. (TATXAT!)

150 km. Kitchen. With Montserrat Folguera
The adventure of local cuisine. A programme that shows us how obtaining ingredients from the land that surrounds us is easier (or more surreal) than it seems.

The Mauri Show. With Pioneros del 2000
A comedy show based on current events. Interviews, musical performances, elephants, unusual situations and connections with the places where tomorrow’s news is brewing. With the great Mauri fronting the programme.

Andergraun Cinema. With Albert Serra
Taste and critique: Jacques Lourcelles. The Gospel According to St. Matthew and Brigadoon. Modern cinema.

Visual Anthropology. With the Arxiu d’Antropologia Visual
Excerpts from documentaries and films connected with the subject of research into ethnology and anthropology.

El RotoTV. With Félix Pérez-Hita and Montserrat Moliner
A review of comedy clips related to television by this genius of day-to-day, dark irony.

Nikosia Vision. Other Visions of Madness. With the Associació Ràdio Nikosia
From the Nikosia group, a programme focussing on humanities, poetry, opinion and critique on mental health institutions and the world at large.

Kill Ur TV. With Telenoika
A programme looking at the AV community worldwide. A panoramic vision of “Internet television” or “streaming”, from the point of view of the audiovisual mediums that make them.

Videographies. With Pamela Gallo
The programme dedicated to the use of video as an educational tool. Selection of videos made in schools and education centres. Discussion, current events and experiences.

Music. With Hugo Barbosa
The most vibrant music, by Karlheinz Stockhausen in the most independent local venue.

Skin Inside Out. With Antònia Folguera
What do we wear every day? Where do we shop? New methods of distributing and selling fashion, recycling, clothing and technology. Fashion in both the most traditional and the most alternative sense!

Islam and Migration. 21st Century Phobias with Àlex Muñoz
Dedicated to different, uncomfortable realities that we often prefer not to see and whose press coverage is fleeting and poor.

Clot TV Yesterday and Today. With Pepi Rafel
A review of the history of neighbourhood television, with one of Barcelona’s most dynamic platforms.
...And every day, the News. With Daniel Miracle, Félix Pérez-Hita and the entire HoritzóTV team.

29-31 May “We’re Still Here...”
A space dedicated to communities that live in conflictive locations and take the opportunity to explain their situation and everyday life.

29 May, at 7 pm. Brian Conley and Steve Wyshywaniuk present Alive in Baghdad and Alive in Mexico, two news programmes on the Internet made by inhabitants of these communities in conflictive locations. Programme fronted by Georgina Cisquella, from Camara Abierta 2.0

30 May, at 7.30 pm. TVlata from Salvador de Bahia, Brazil, is brought to us by Joselito Crispim and a few of the children who created this television channel. Finally, we meet some of the authors of Bordergames, a video game created by young immigrants and based on their day-to-day reality.

31 May, from 6 pm. Julius Mwelu and the children James Otieno and Judy Joy Mugechui will talk about their photojournalism project in the Mathare slums, in Nairobi, Kenya. Following this, the social worker Maru Trujillo will present her report on unaccompanied migrant children.

http://www.aliveinbaghdad.org
http://www.aliveinmexico.org
http://www.mwelu.org
http://www.tvlata.org
http://blog.sindominio.net/blog/bordergames
4-6 June Ownership and Belonging
What are the limits of private ownership in the dissemination of knowledge? How can the interests of creators, producers and users in the field of cultural consumption be conciliated? And in the end, what belongs to whom? Ownership and Belonging sets out to contribute points of view to the debate over the intellectual ownership of creations, research and knowledge. Magnus Eriksson, representative of the Piratbyran think tank will meet groups who are critical in the current reading of intellectual property rights.

Wednesday 4 June, at 7.40 pm. “Ownership and Belonging” a lecture by Magnus Eriksson. English with sequential translation. 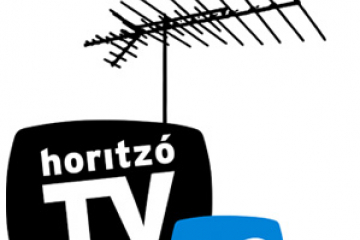 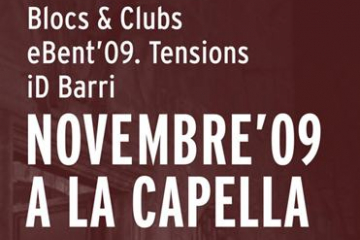 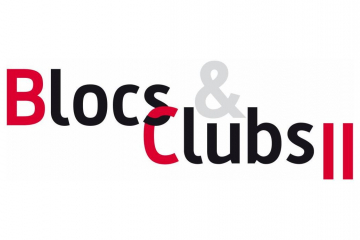