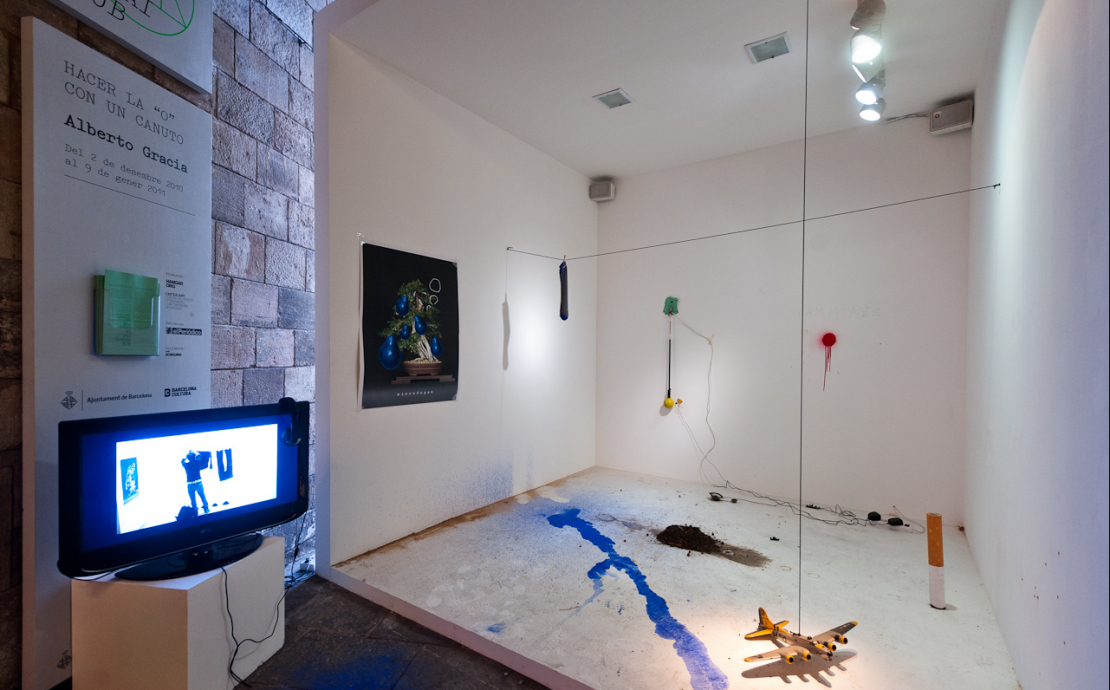 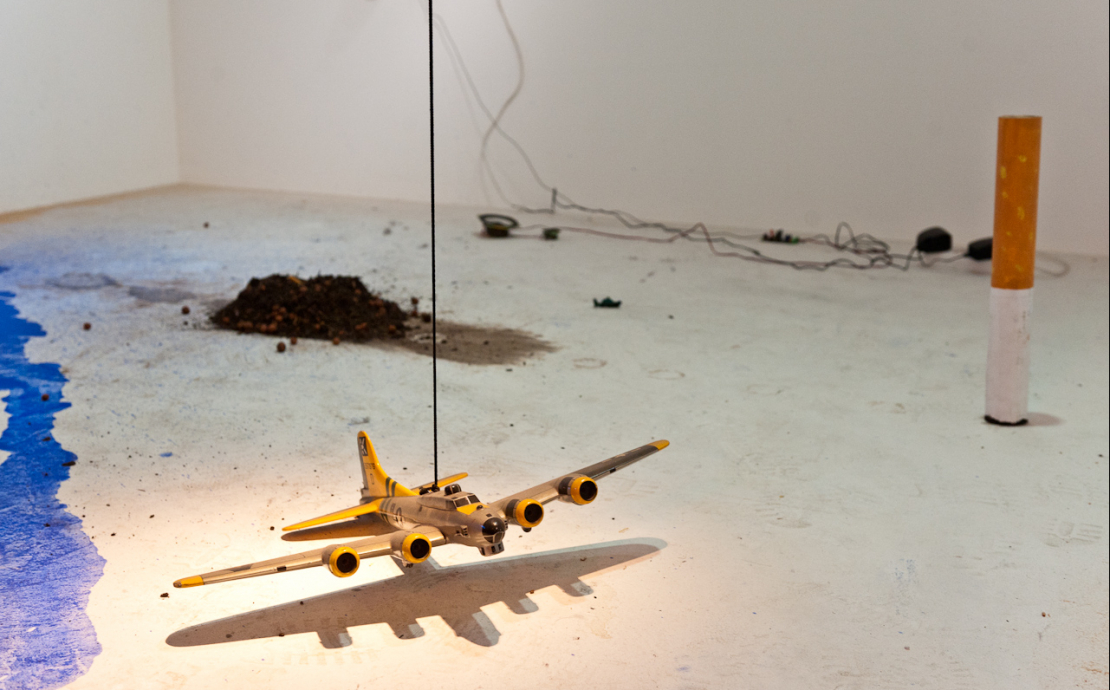 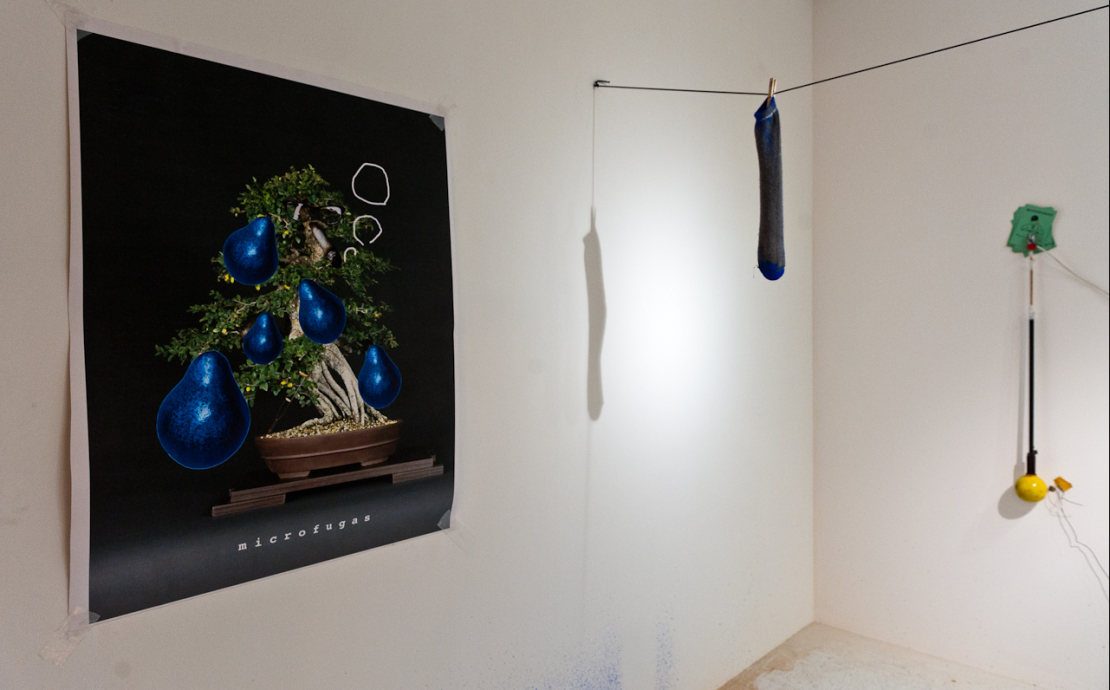 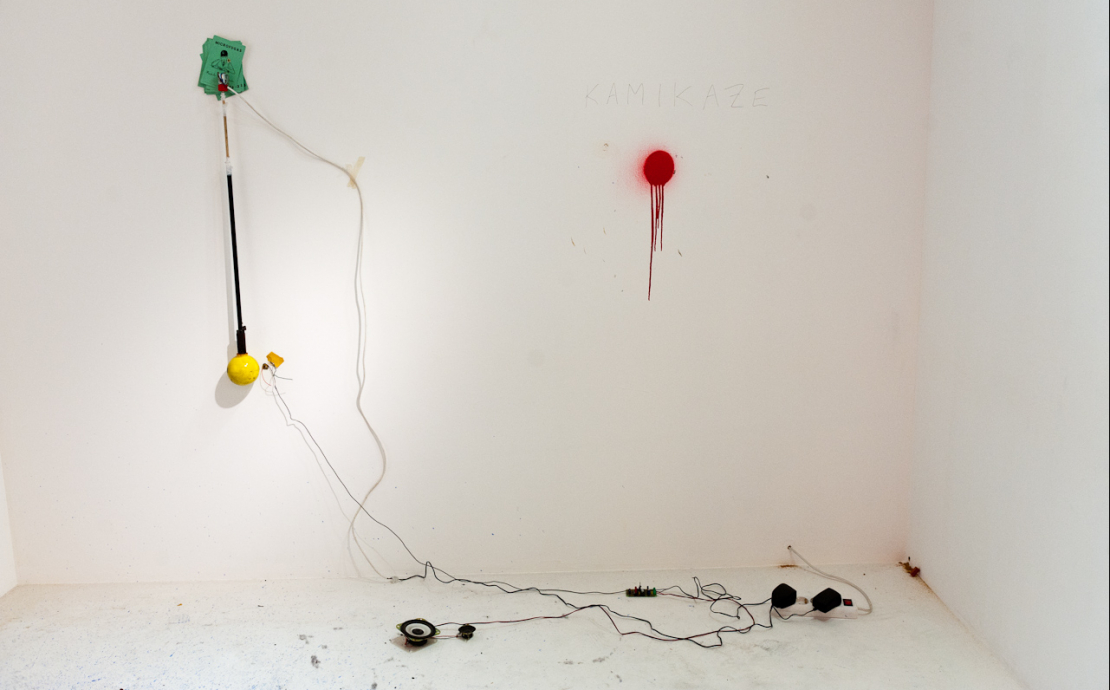 Alberto Gracia (Ferrol, 1978). An artist whose practice (under the name of "microfugas") takes the form of multidisciplinary, site-specific productions, using such supports as installation, video, sculpture, sound, drawing and writing, and tools including interactivity (based on analog sensors), expanded action and performance. By using such tools, Gracia ensures that the spectator/work relationship takes place in a playful space that acts as a "double-edged sword" and activates machinery in which laughter and the banal (and, therefore, irony) become mixed in a kind of hullaballoo generated by play and experimentation.
For Espai Cub, Alberto Gracia indexes the project Hacer la "O" con un canuto, focusing his research on the relation between customs and art and the erotic transgression of the "logic of silence".

This expression plays the role of an everyday object designed to create a feeling of immediacy in the spectator, as well as serving as a merely descriptive element for naming the project. It refers to the instrument and, by extension, to the work inferred as opposition to violence (which is always present in my work) and its transgressive essence. In the understanding that as a project it possesses an erotic charge (in its entire scope) in which this colloquial expression alludes to simplicity taken to the extreme, or the stupidity of making an "O" with a straw. The "O" is a clear example of circularity applied to language, to the loop as gesture, as a symbol of non-silence open to multiple readings and interpretations.

So, from the semantics of the title itself and reflecting on all that is chance or random (and, therefore, accidental), and as spectacular disaster, does the work take as its starting-point a(n)(im)possibility?

Perhaps violating the precept of the "white cube"?

Of course, I touch on a burning question in relation to the law, the norm, the white cube. The repetition I mentioned refers to the need for an anaesthetic against the pain caused by the dull noise of chaos, the white "post", the logic of silence. Hacer la "O" con un canutonever loses sight of the premise that true terror after post-modernism is indetermination (not transcendence) and that the need for methods on the one hand, and absurd pseudo-methods (as is the case in point) on the other is due to this kind of anaesthetic against pain that is the crisis in the meaning of the artistic object. The constants in this project include pain as indetermination and repetition as (im)possible anaesthetic. The white cube is a pain that is crying out to be profaned by "microfugas".

So the patterns for reading this work are subject to a cynicism generated in/by it?

Hacer la "O" con un canuto is a cynical project, but it would be a good idea to analyse this cynicism, understood as a structure between the Cynicism of the ancients and contemporary cynicism. Here we are talking about a kind of dada philosophy, aware of its fascist essence (due to its absurd policy of hardening and resistance) and of art itself as resistance (however, realising that transgressing, cynically sacrificing and erotising itself, possesses elements that seek to do something against the void). In any case — and this is the paradox in the political sense — this cynicism unmasks supposed altruistic collaborative attitudes that, in reality, possess a fascist and clearly selfish essence. Art is fascist — and so is all possibility, being decision and, therefore, division. I should like to take this opportunity to point out (fascist style) that democracy cannot be creative, nor art democratic.
The result of the installation never ceases to be an enclosed freedom that suggests small escape points generated by the profanatory game of transgression as applied to the norm through a kind of cynicism that is cynical towards cynicism. 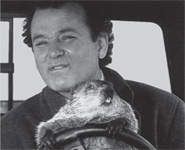