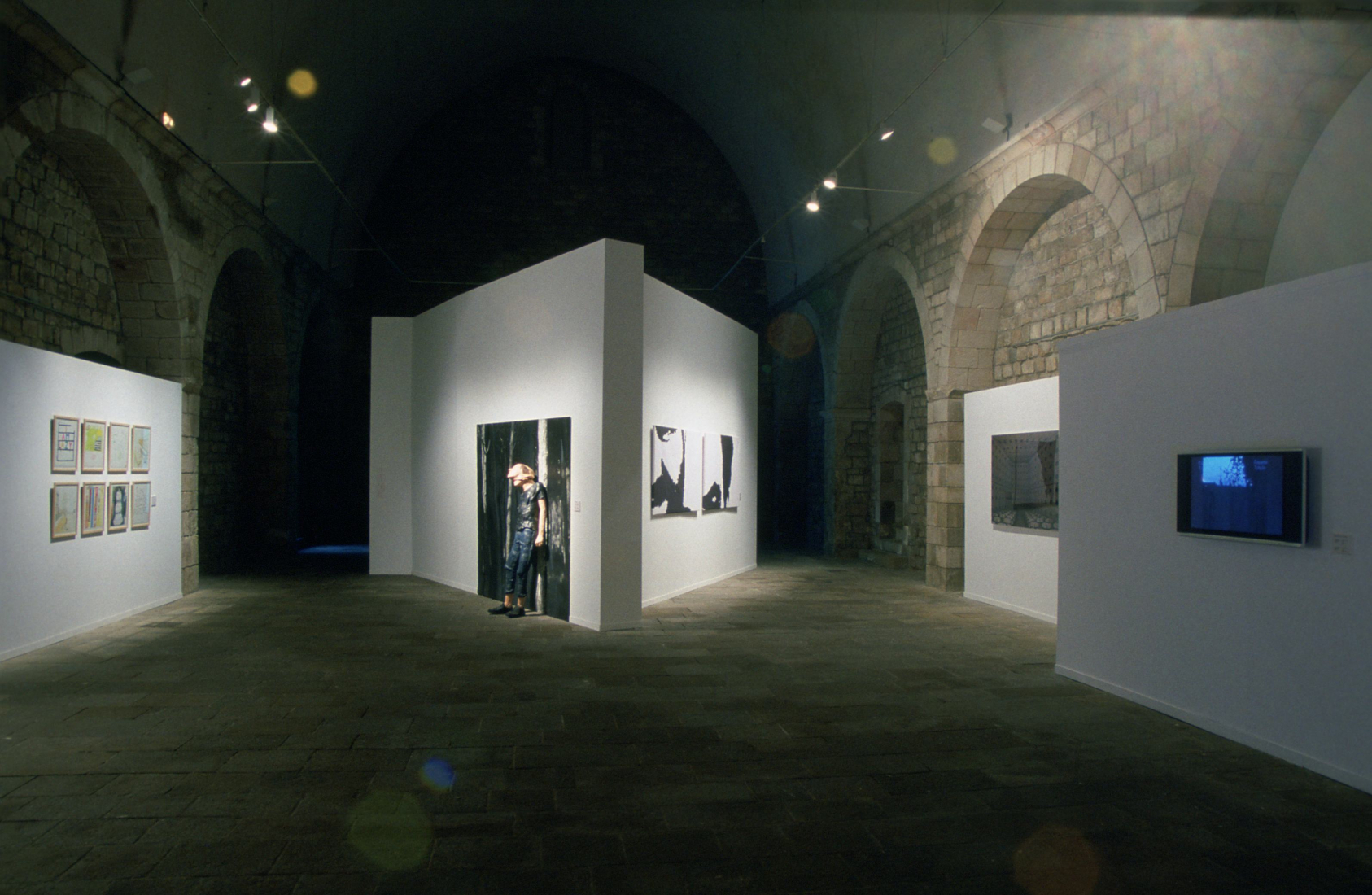 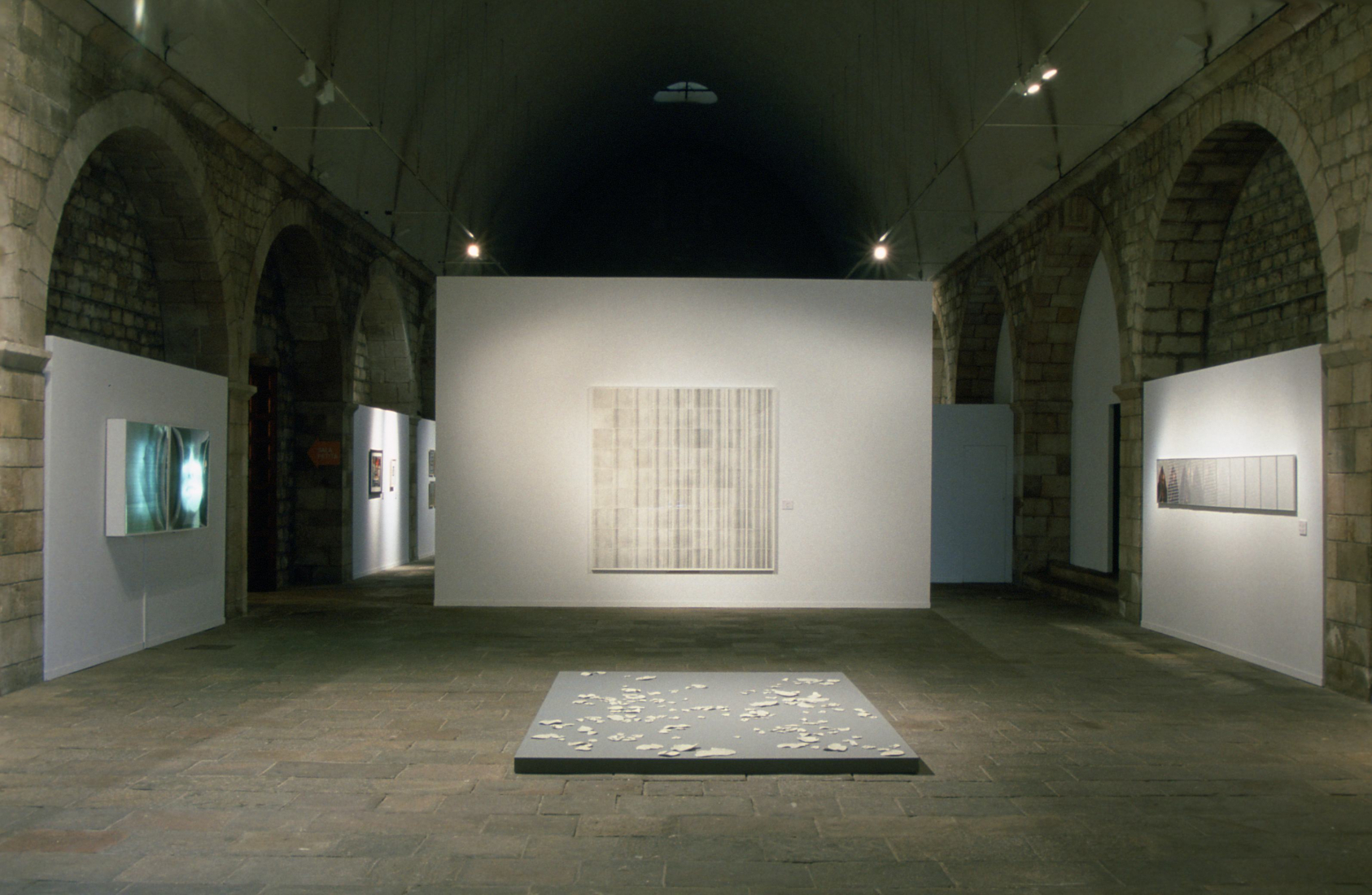 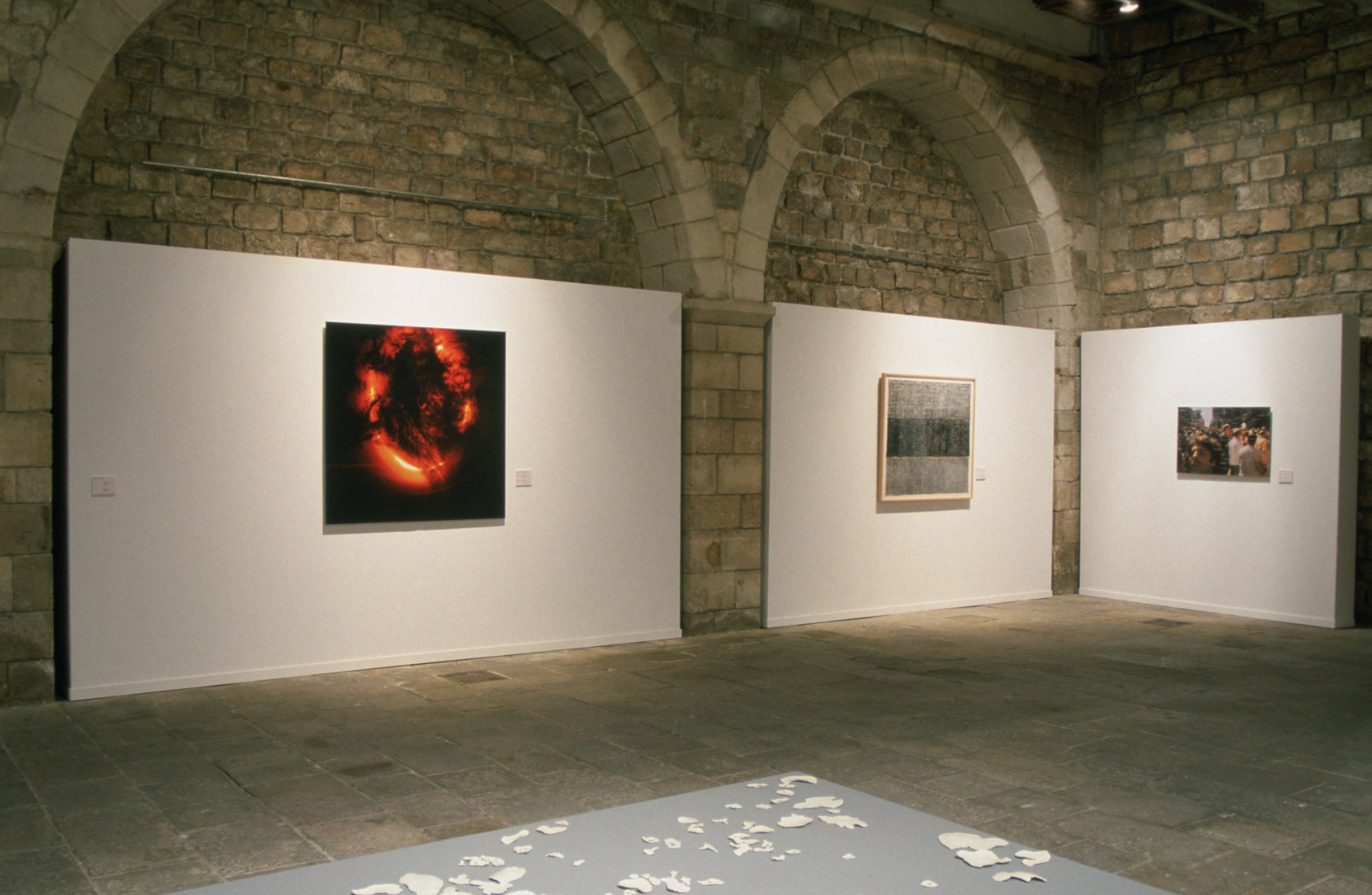 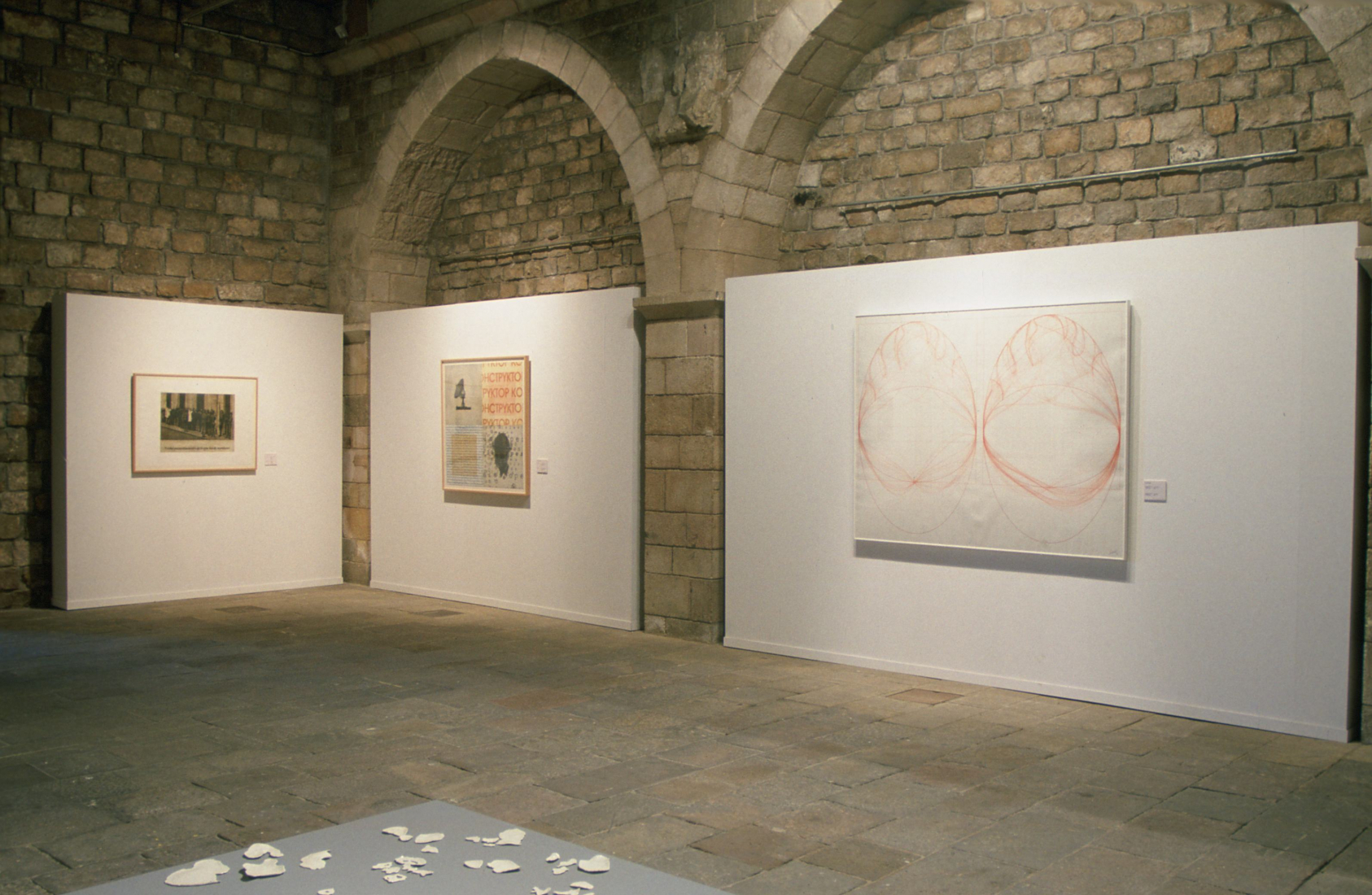 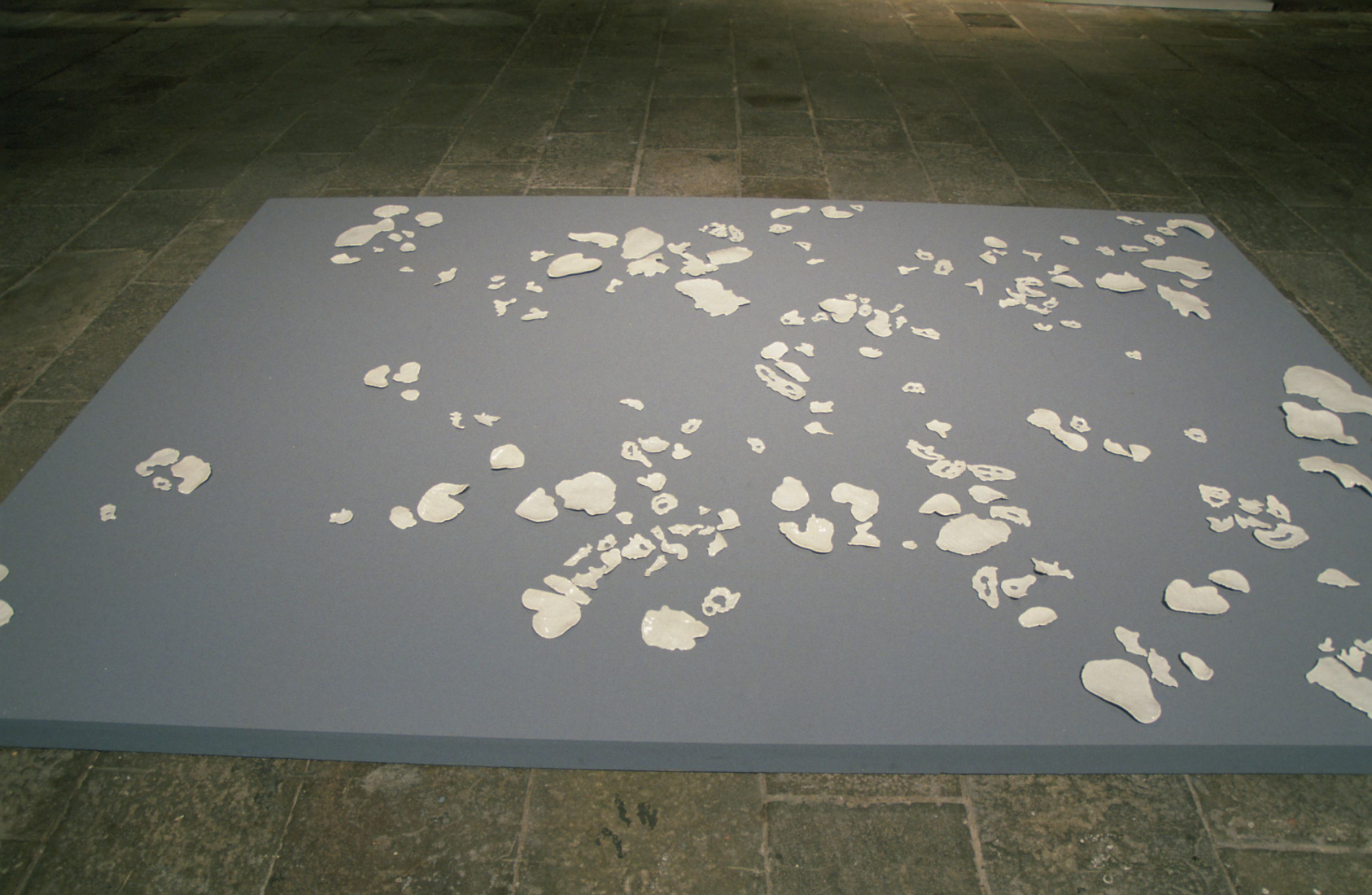 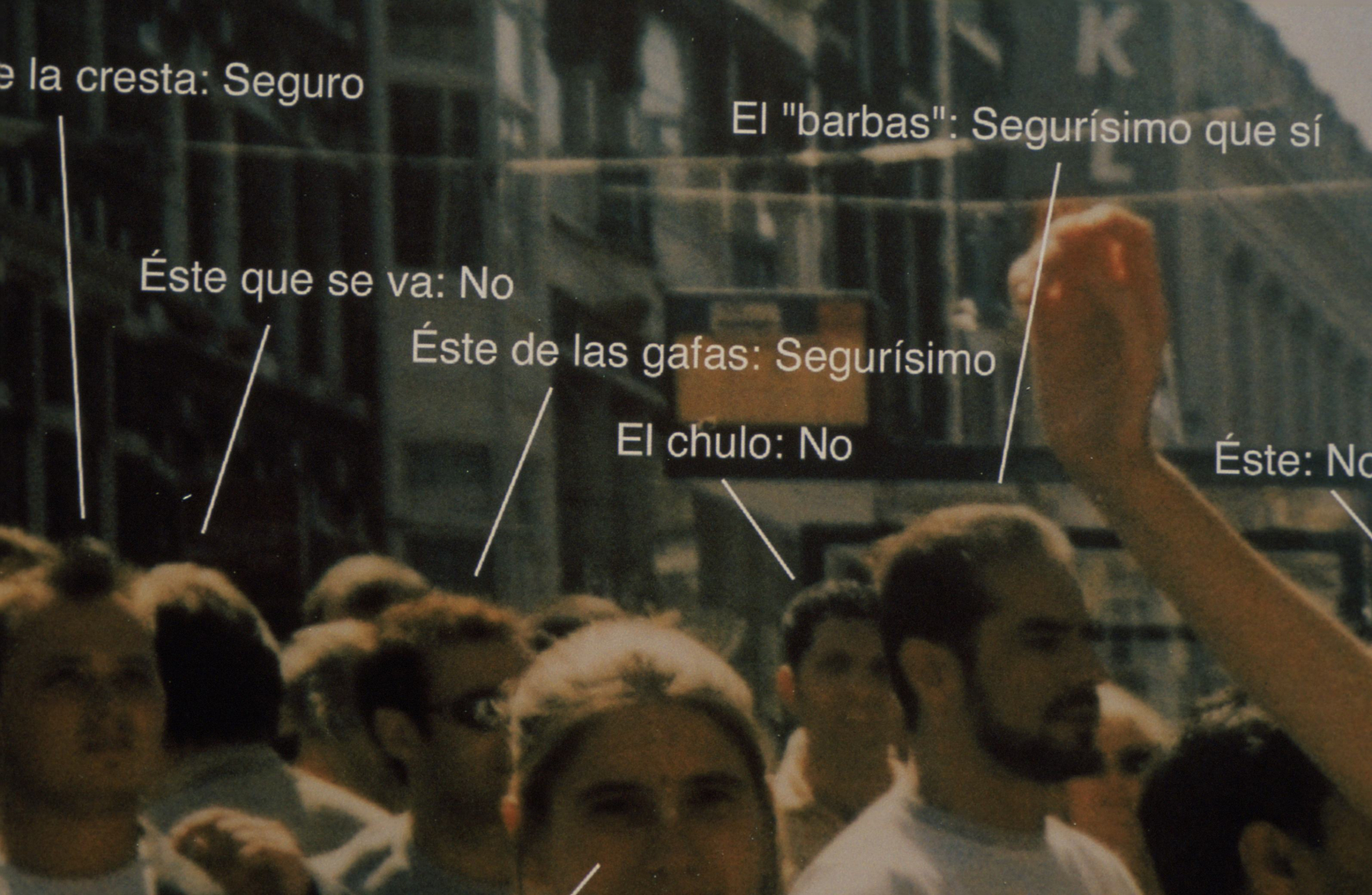 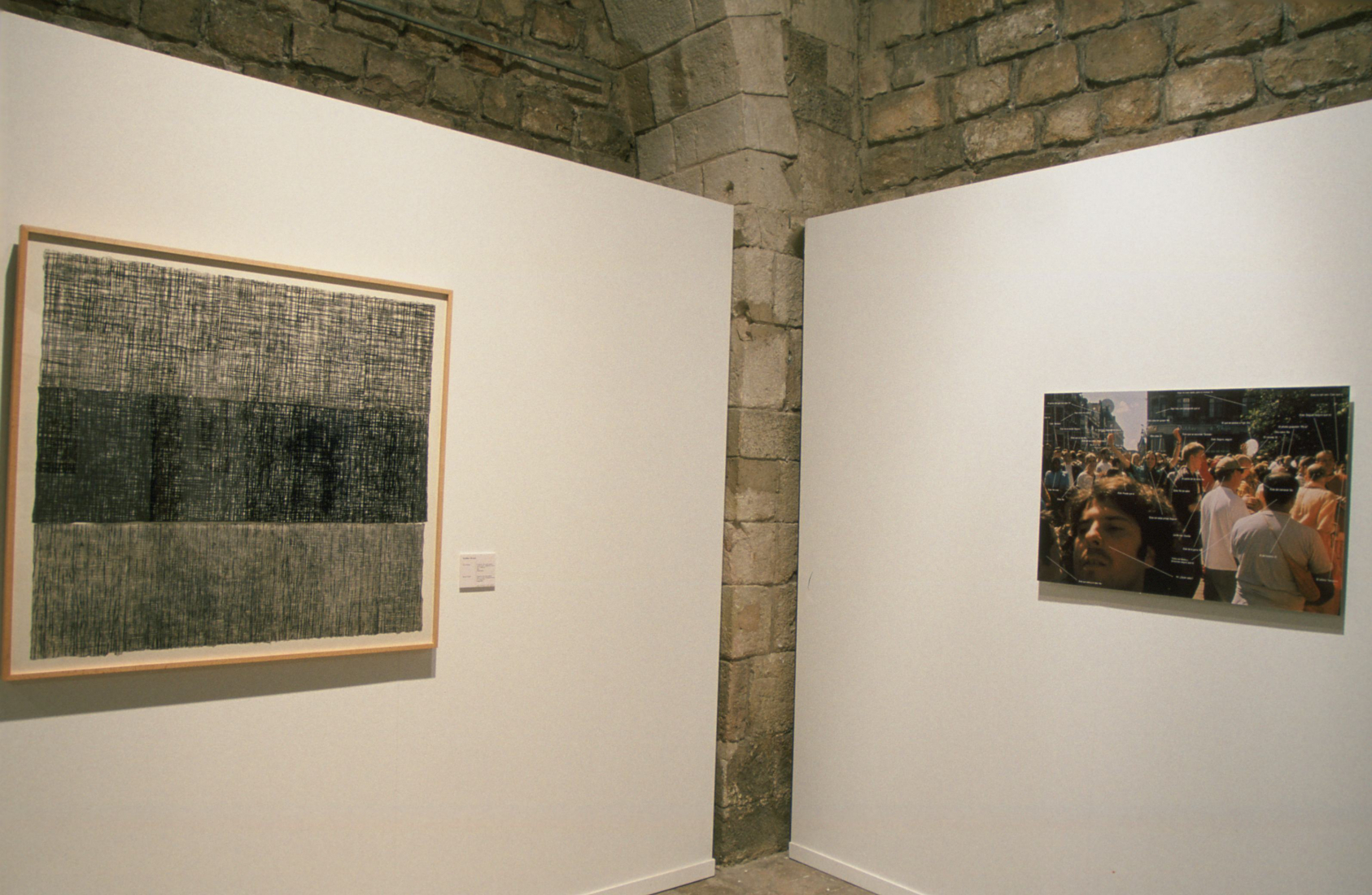 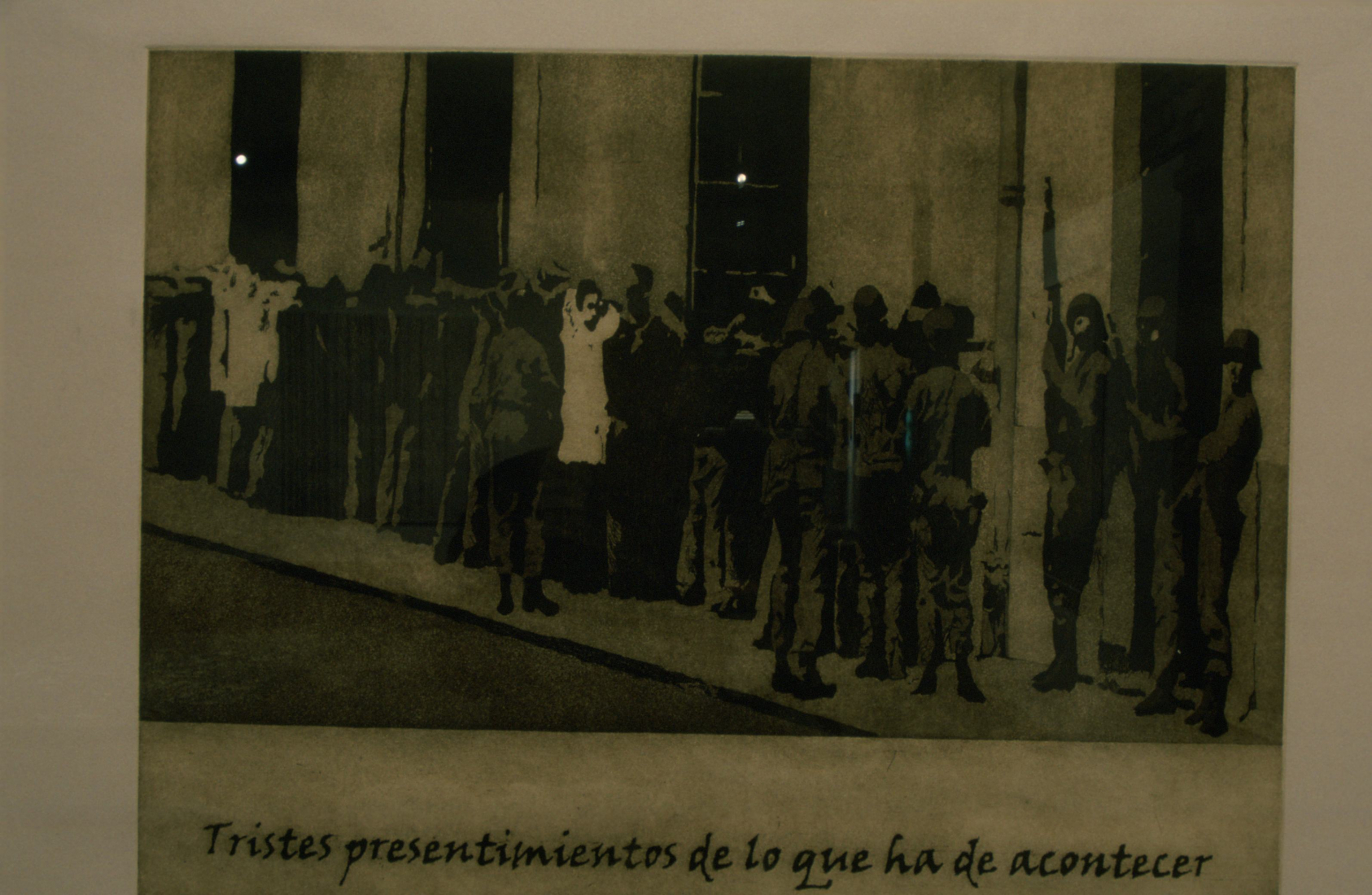 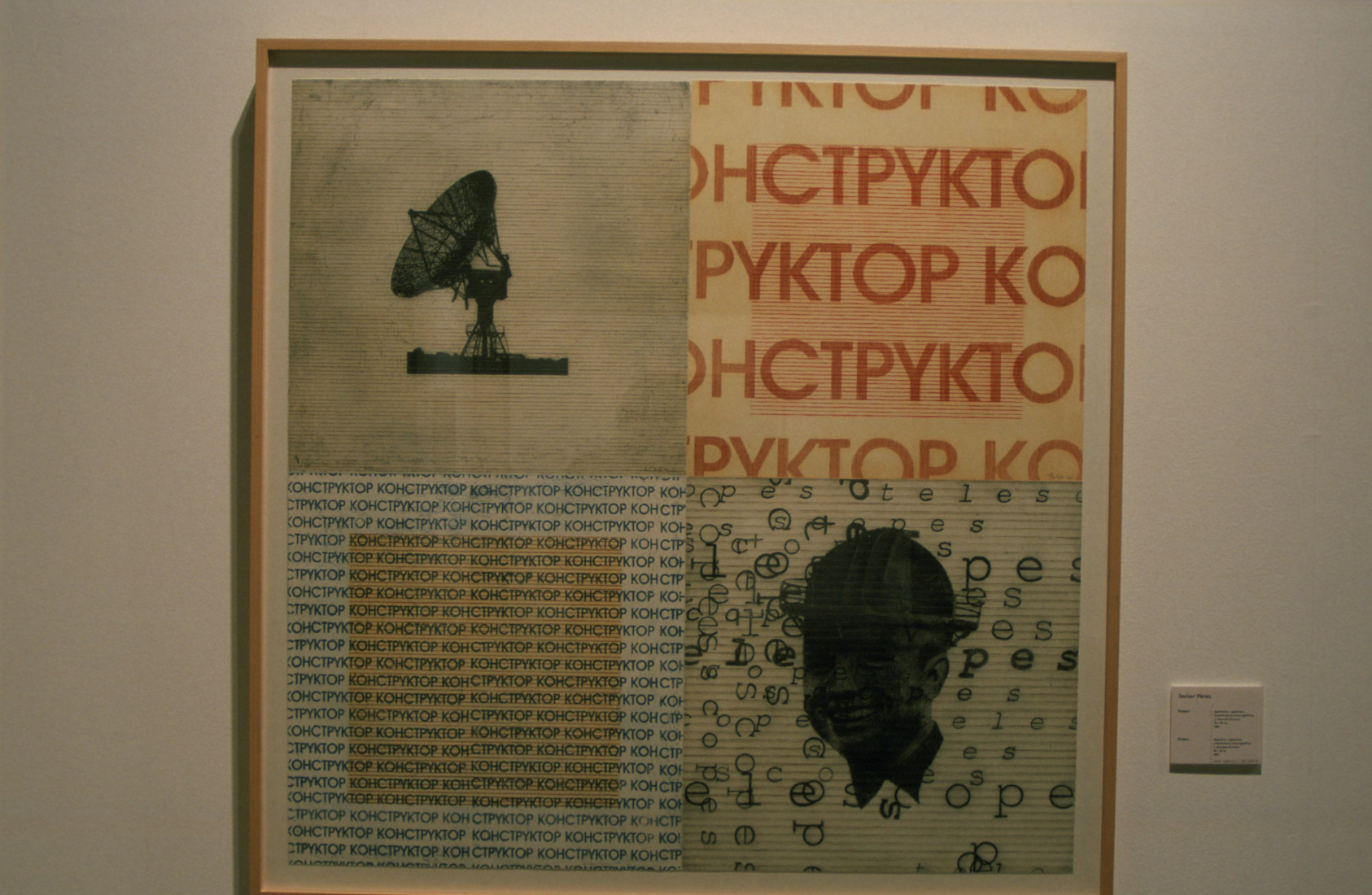 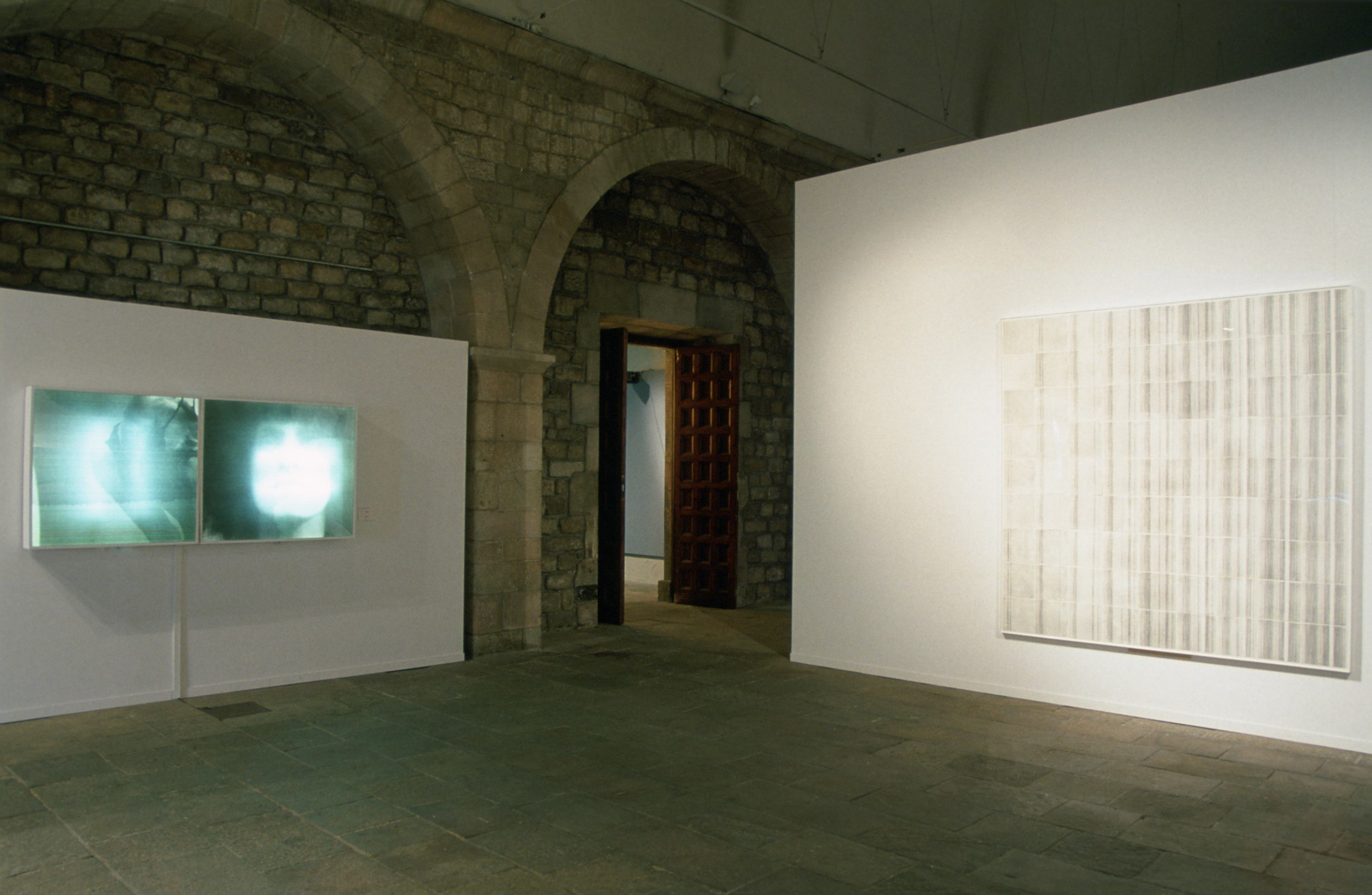 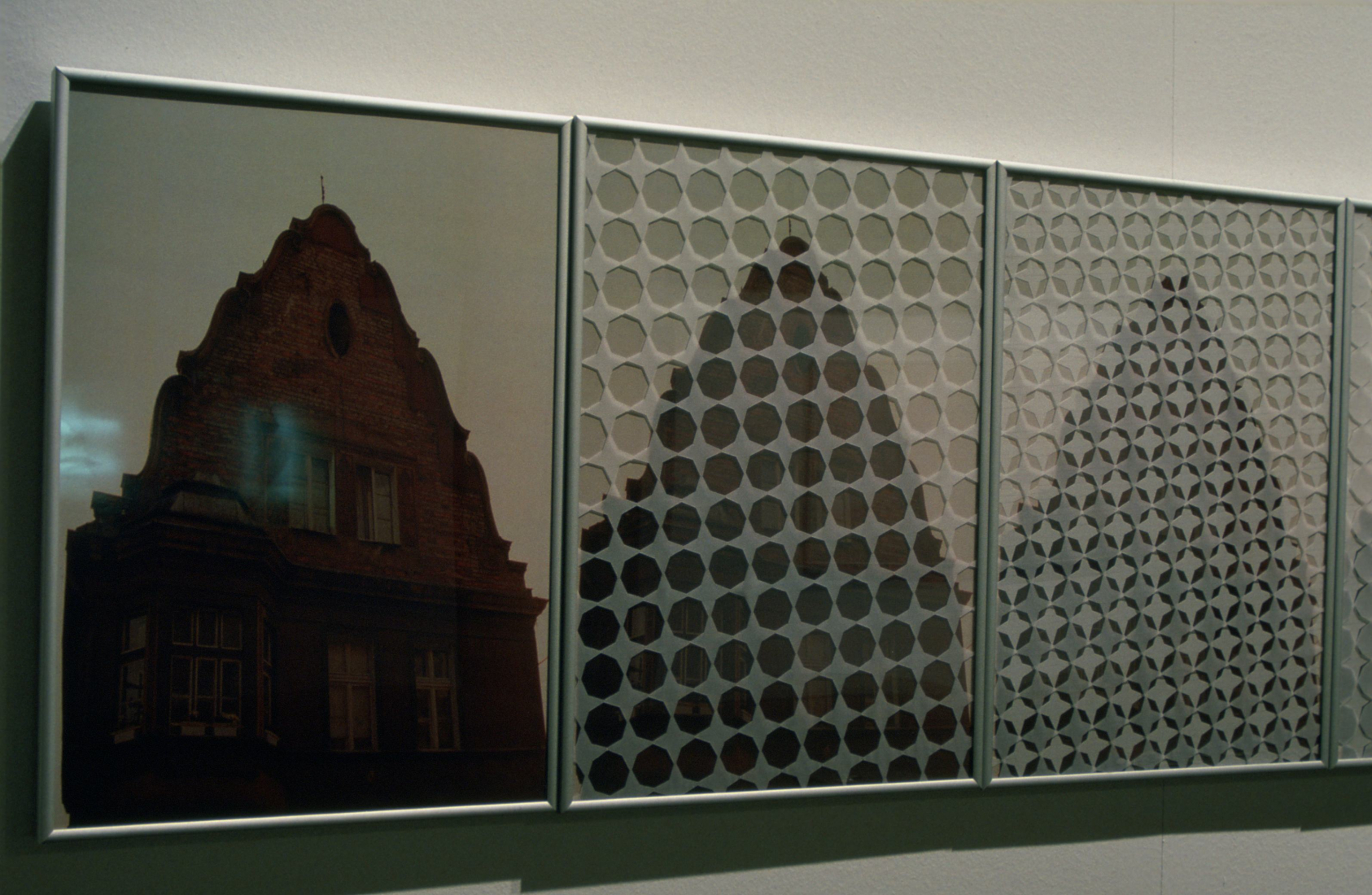 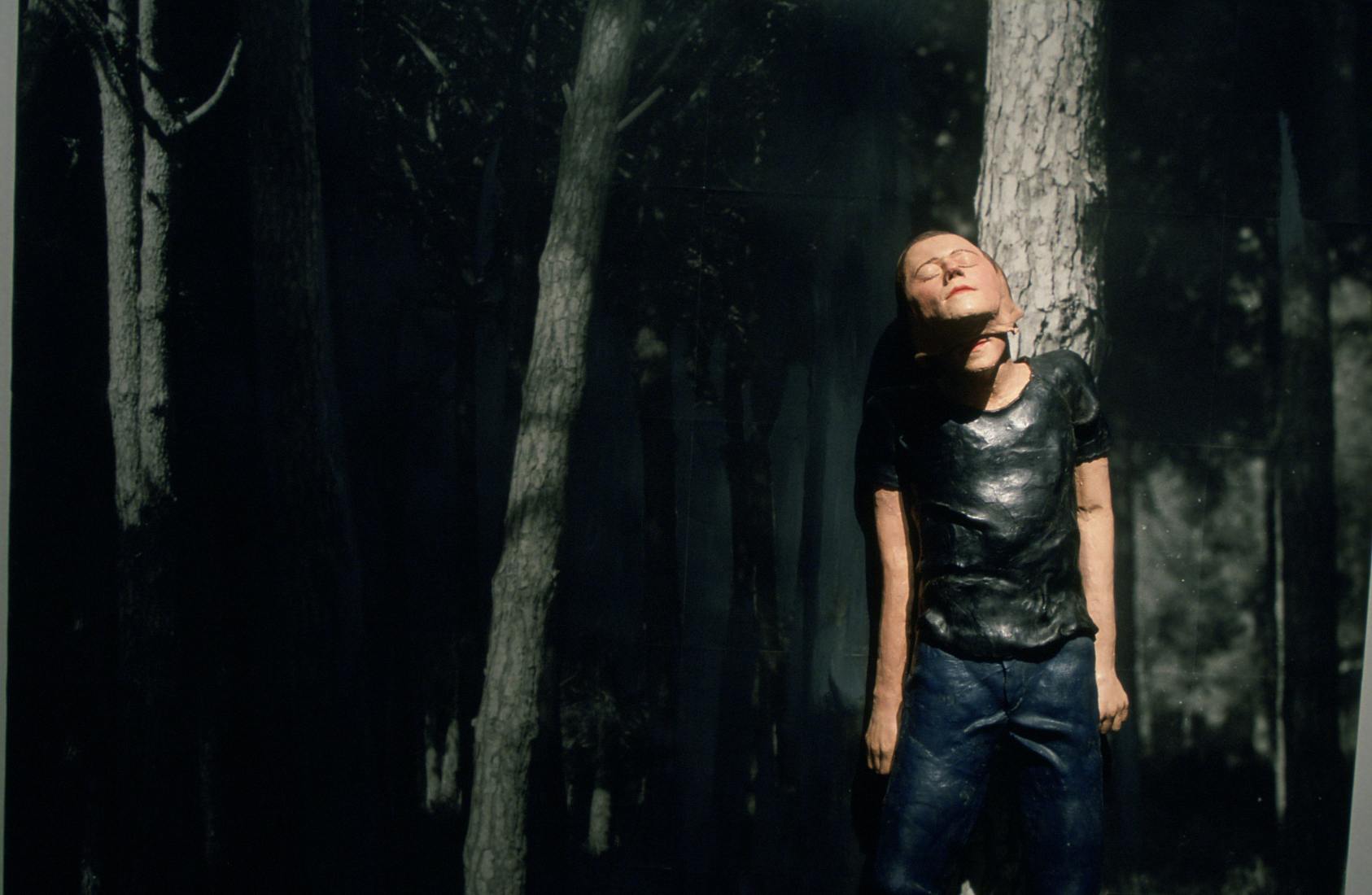 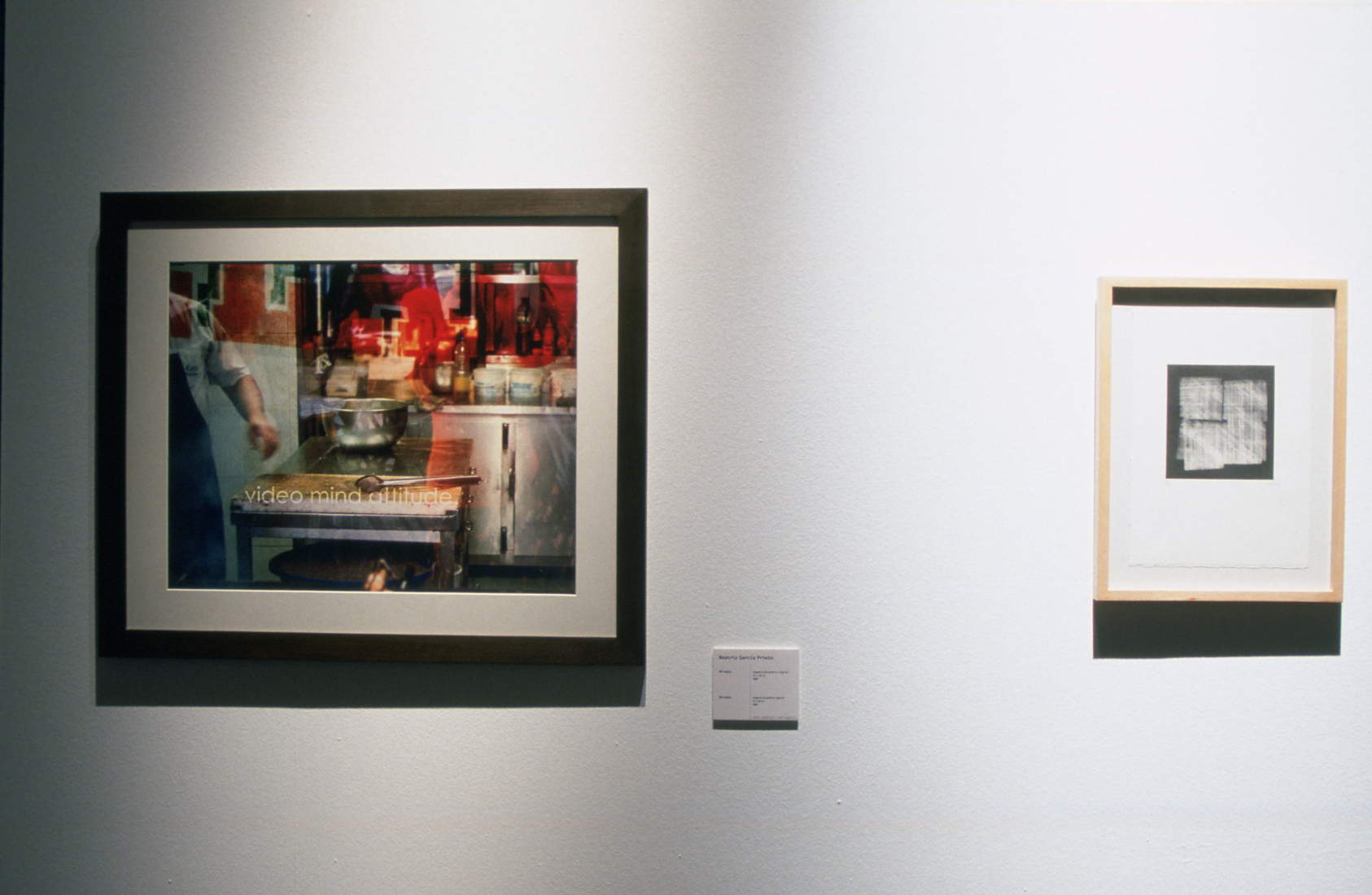 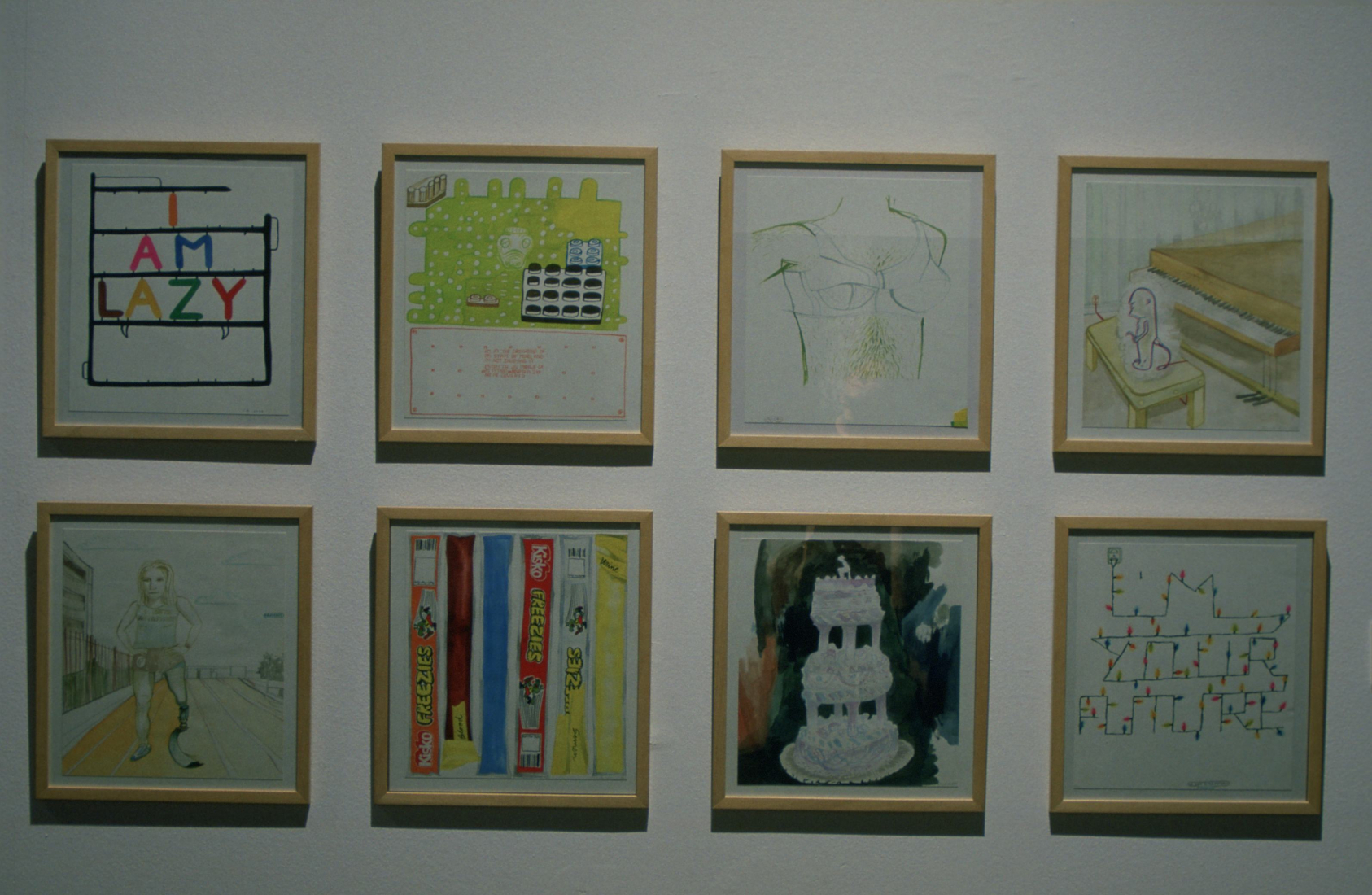 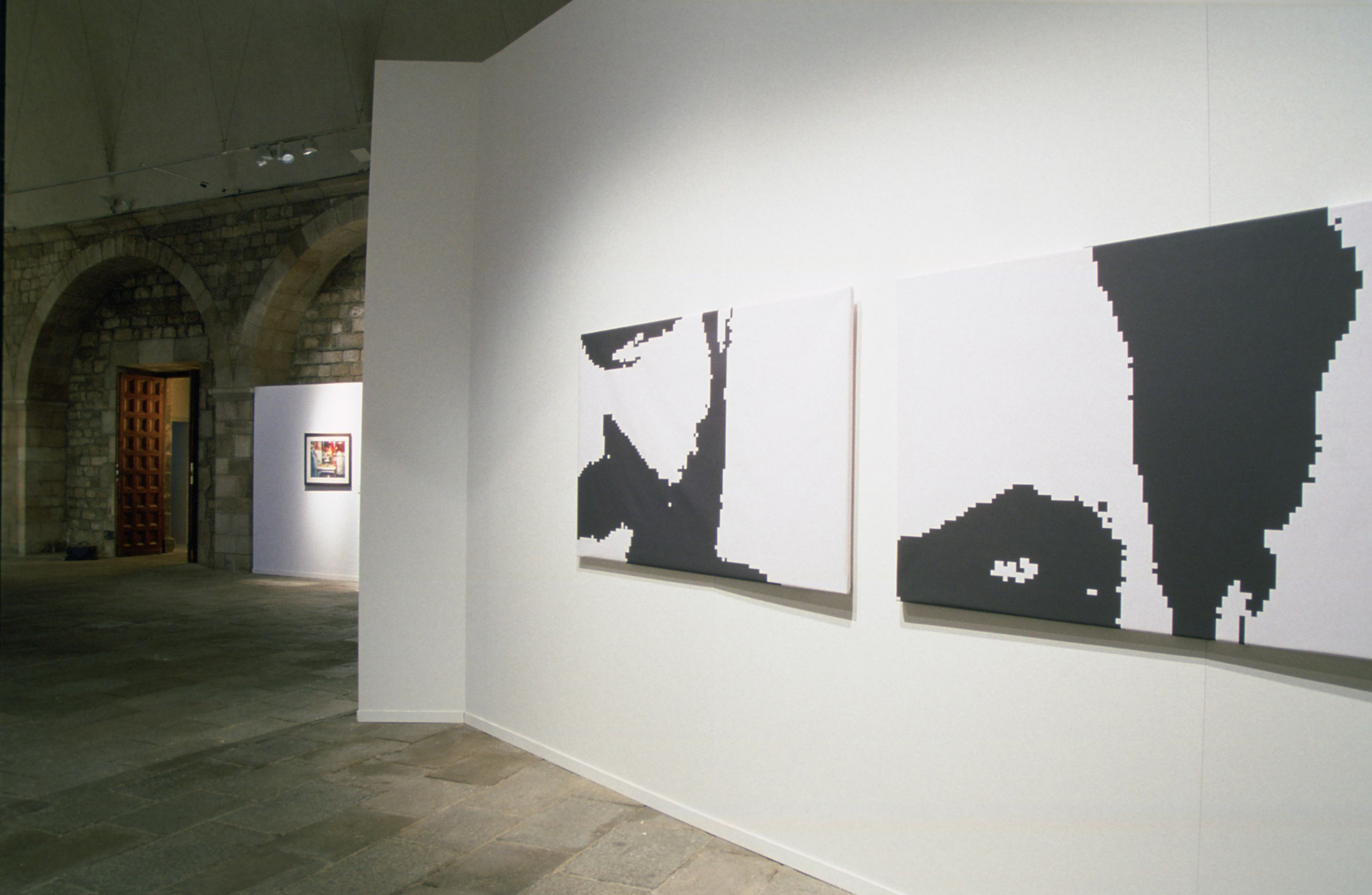 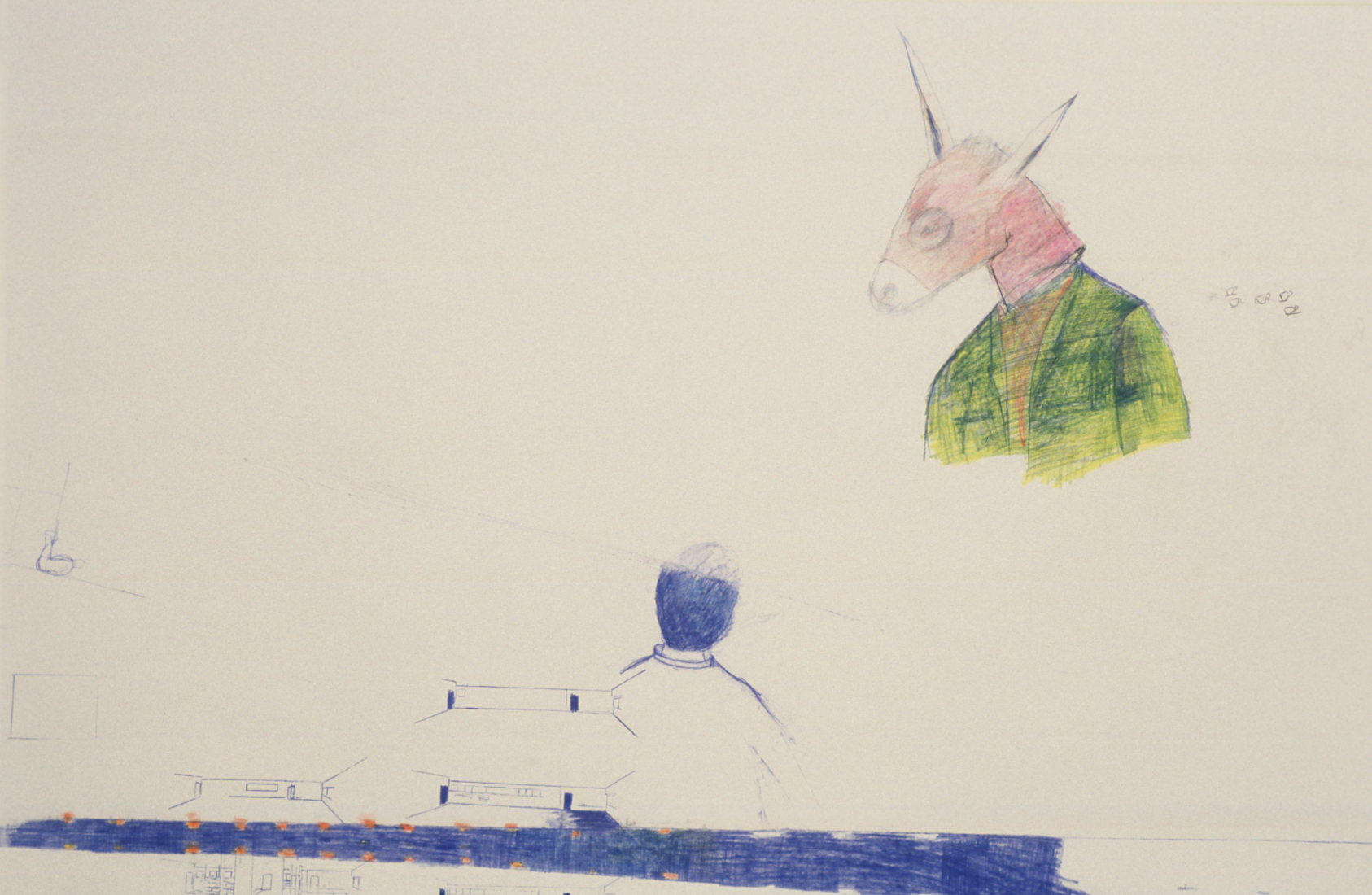 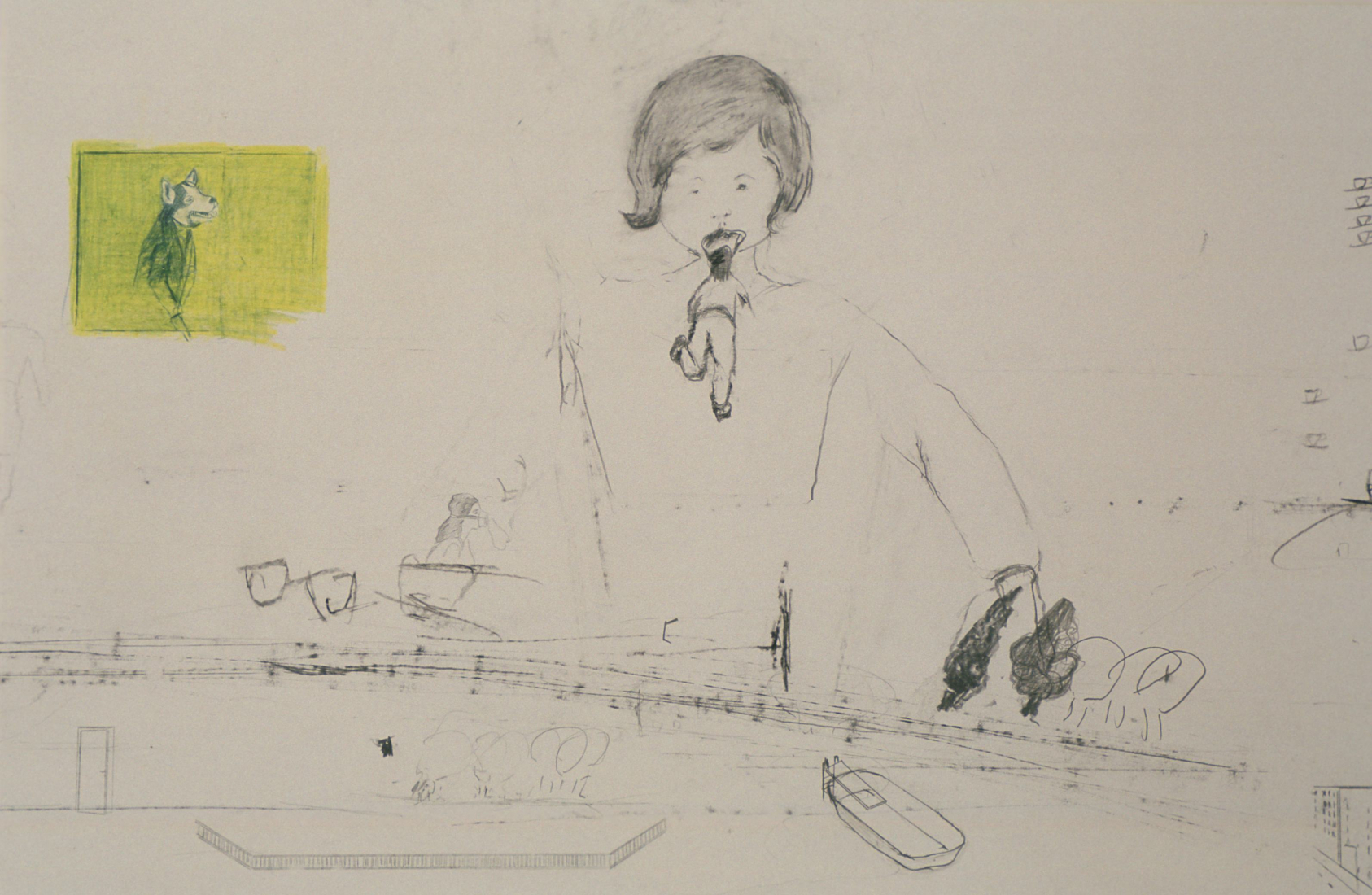 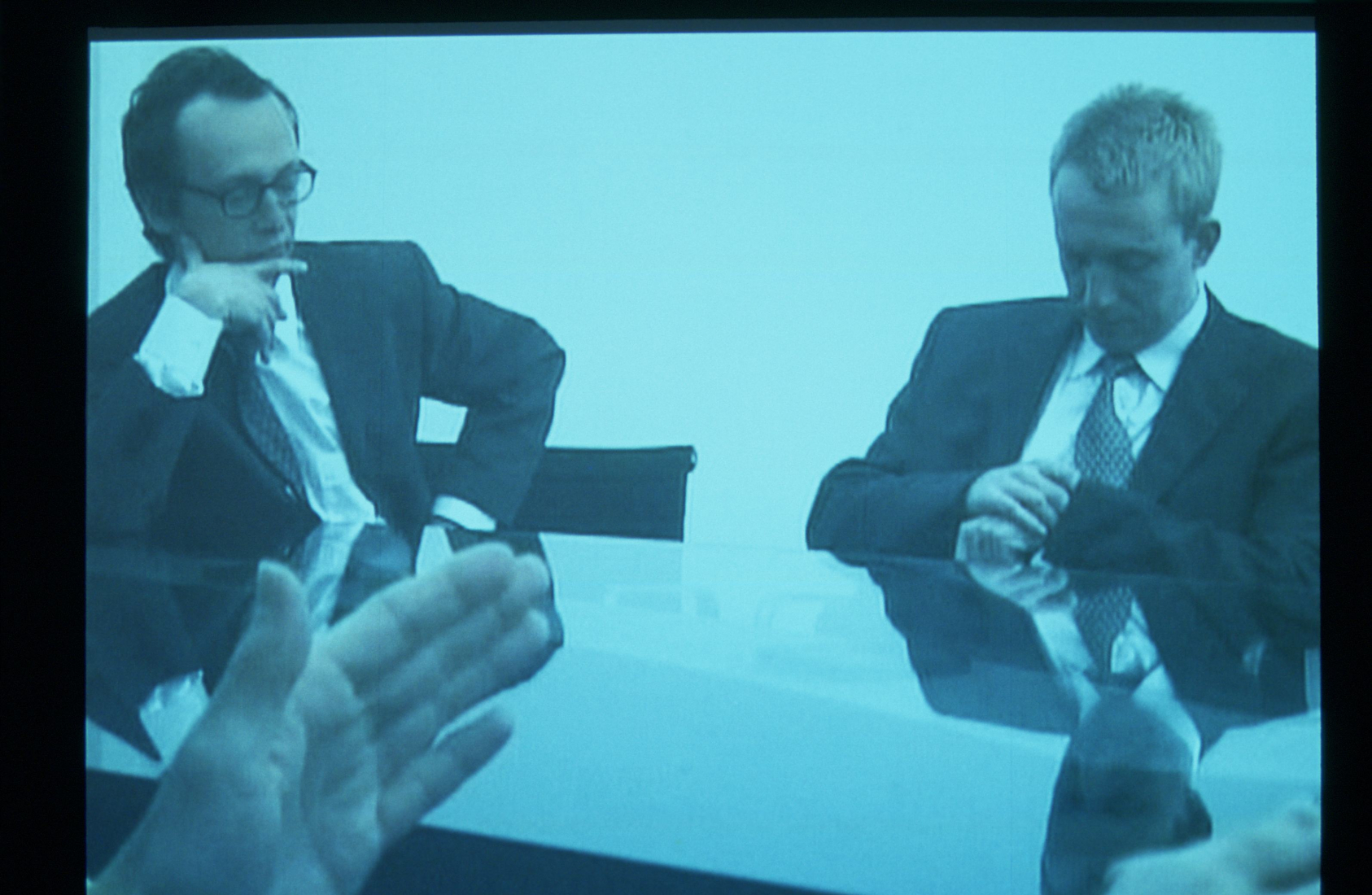 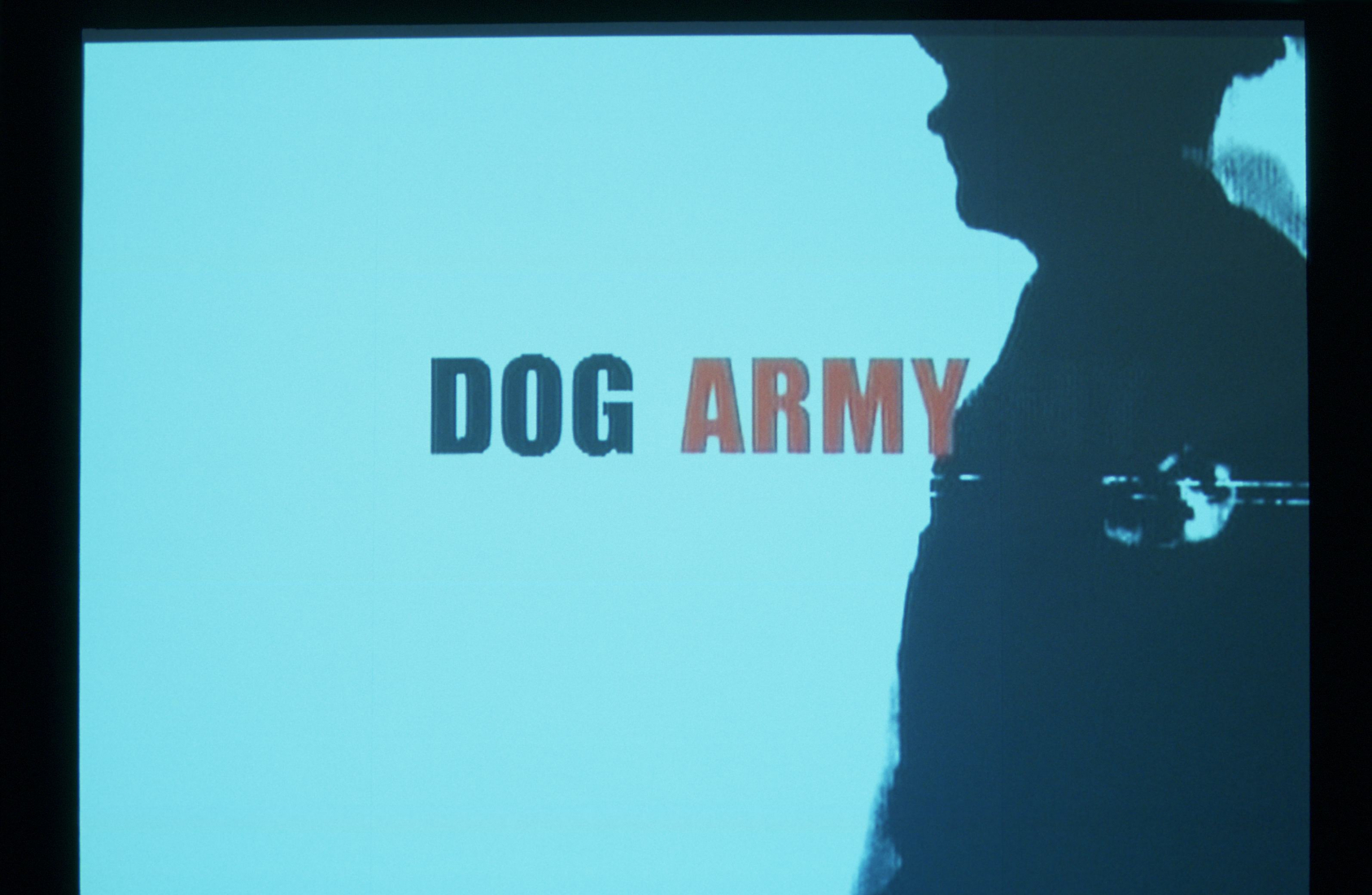 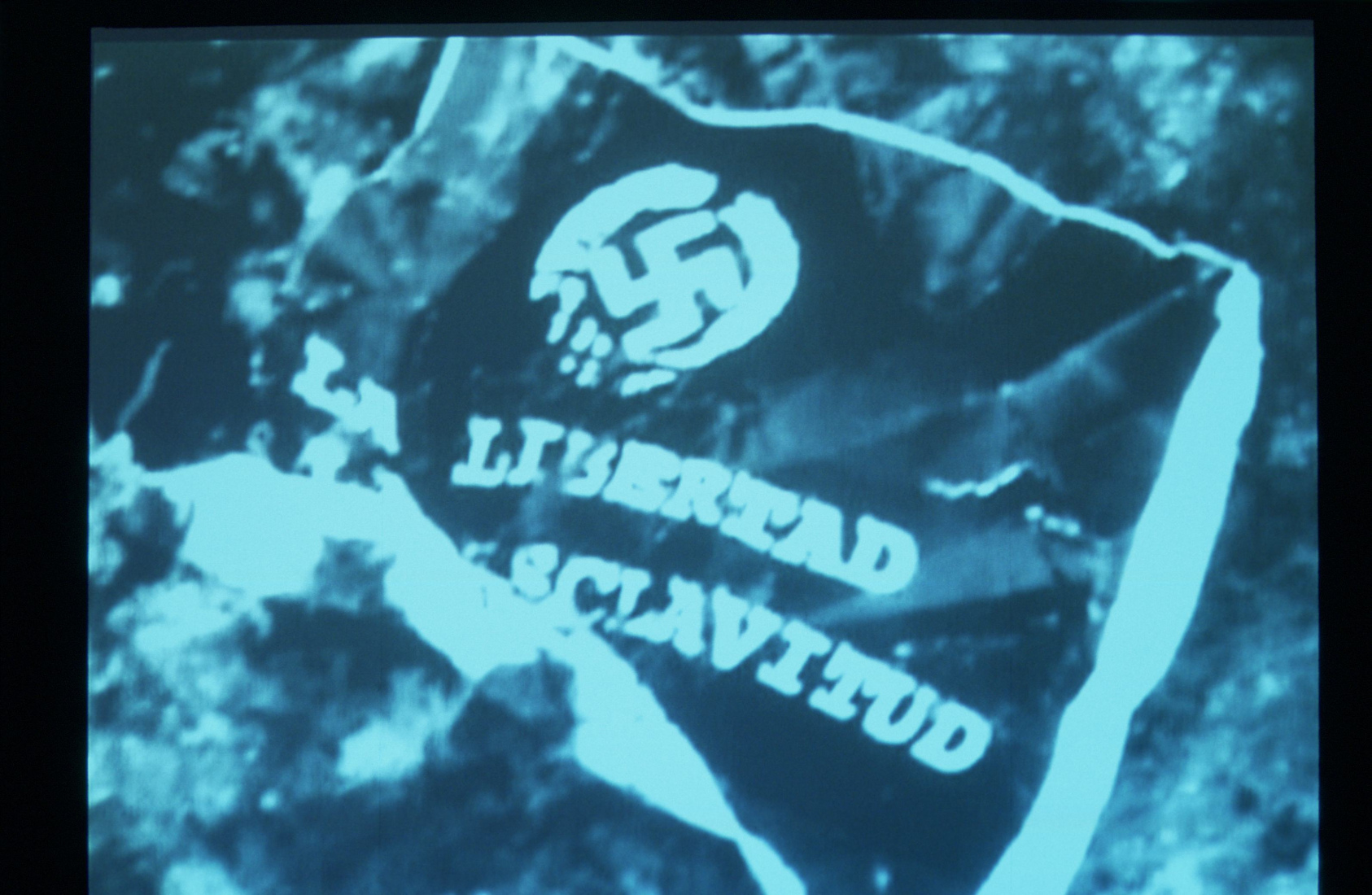 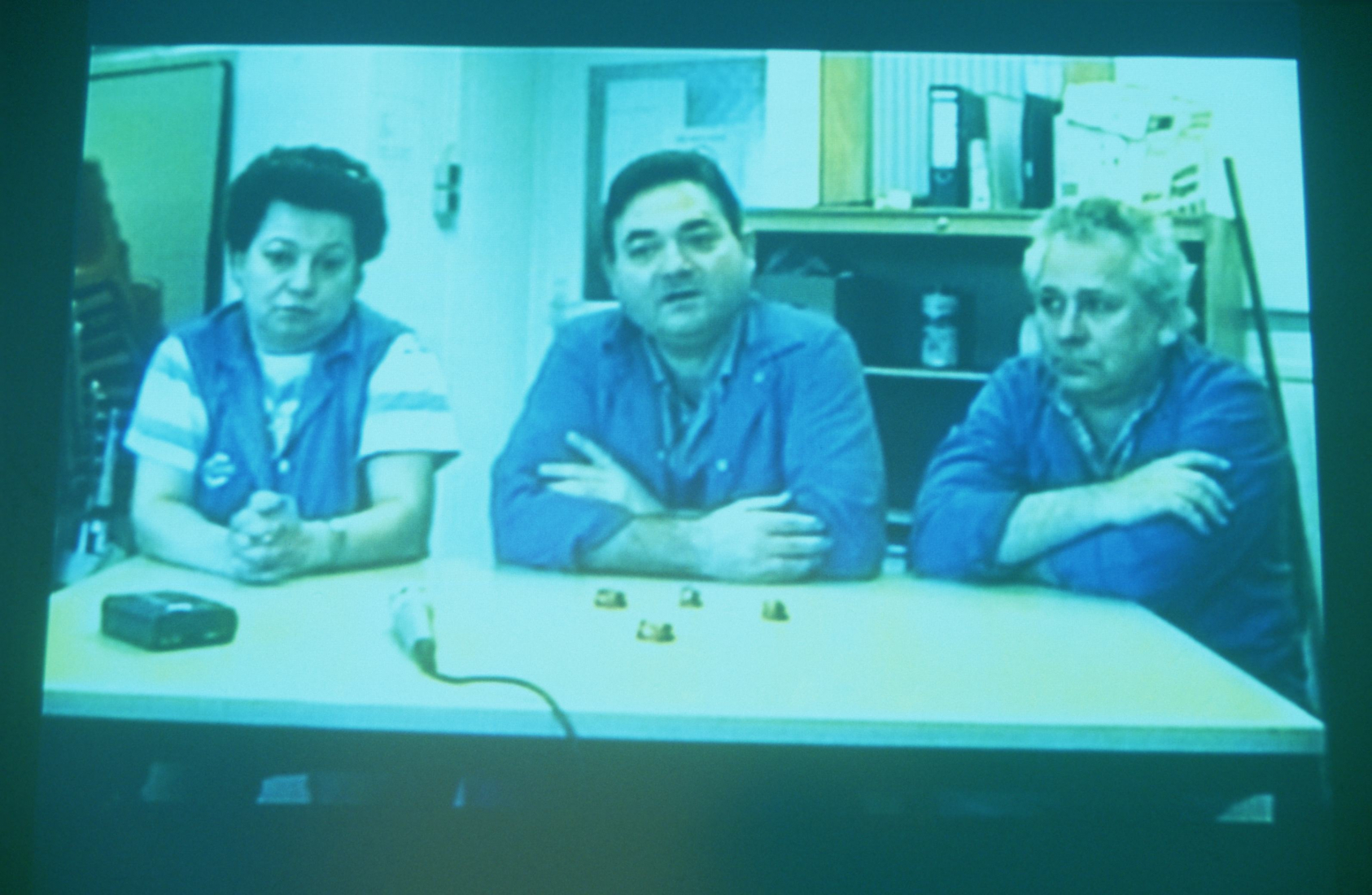 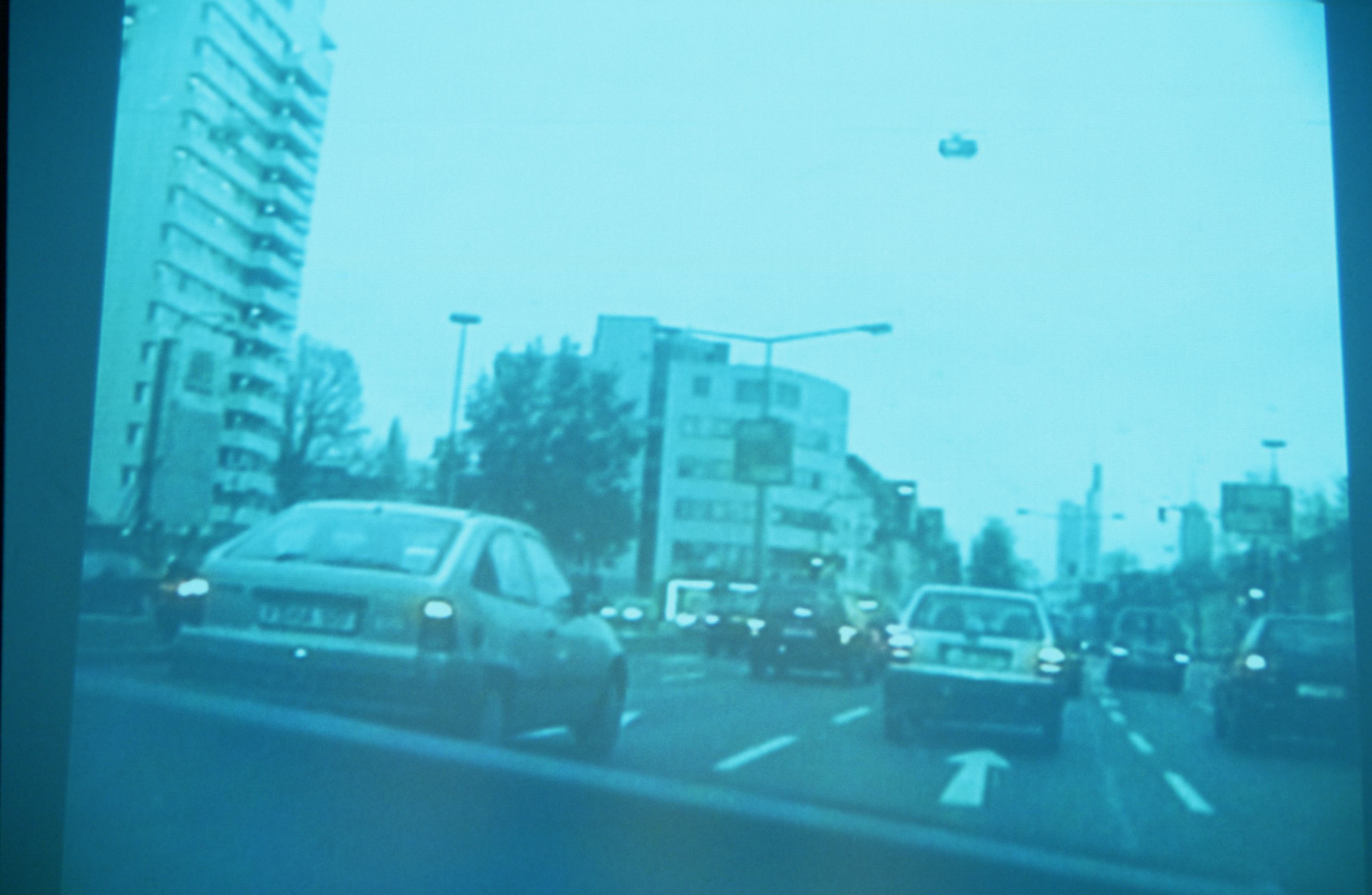 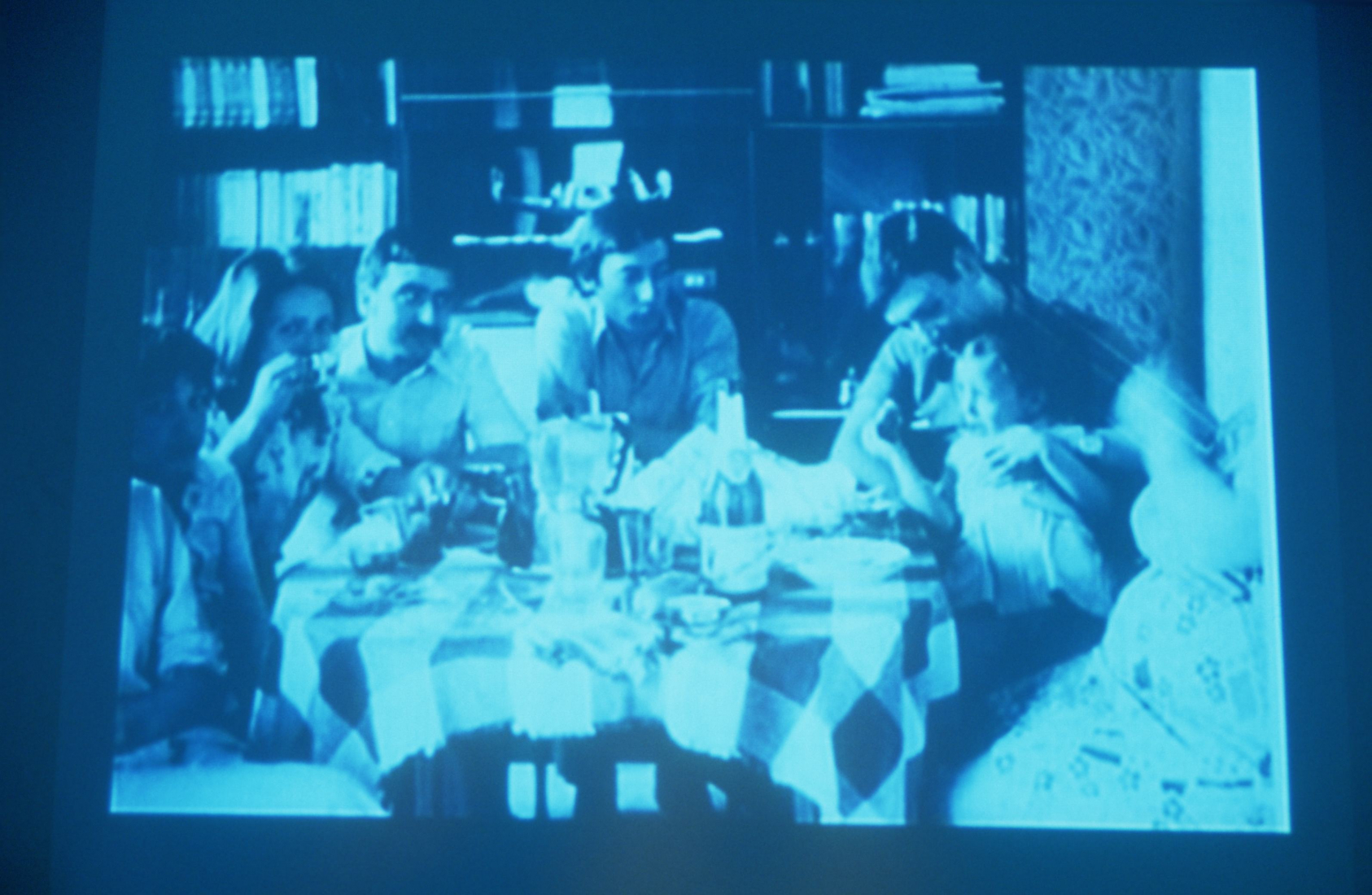 INTRO
Now in its fourth edition, the Generaciones (Generations) project continues to draw the interest of young Spanish artists and those resident in Spain. Considering the over one thousand and six hundred works presented and the trajectory of many of the artists who have participated in this annual event, the project has consolidated itself into a fine platform for young artists to display their work. Moreover, it continues to be a gathering point at which multiple approaches to contemporary creation converge and also a measure of the social and aesthetic concerns of young creators beyond the various fields in which they find themselves grouped.

PAINTING
A high number of artists submitted work in the category of Painting, and the final works selected examine the diverse approaches, concerns and characteristic styles of a medium that, invaded by an increase and topicality of other expressive registers, continues to resist and shows that it still has something to express. Amongst the work selected, there are those pieces that reflect on the natural and artificial, on the relationship between nature and culture and the associated problems involved in the representation of nature, whose long pictorial history roots date back to Romanticism. Other works emphasize narrative aspects by basing their ambiguity on choice, preparation and production, and there are also works to be found dealing with memory as an image archive or with the confusion between invention and memory. Today's hybridisation of techniques can also be seen in the field of painting, and in the exhibition we can find works that, though based on a direct working of empty space, in fact involve a mixed technique combination of acrylic paint and digital photography. Winner of the first prize for his work Neón (Neon), 2002, Gerardo López is interested in the many variations of light and the way these coincide with our different states of mind. He attempts to produce an optical effect for the viewer and champions the pleasure of contemplation as a last resort.

SCULPTURE
The works selected in the category of Sculpture reflect the variety of poetic expressions that characterise a field whose limits are becoming increasingly more difficult to describe. It seems an impossible task to define sculpture in relation to photography, video, and installation and performance art because of the explosion of materials that came to characterise this field during the 20th century. That is why, amongst the work selected, only a few can be found that fit into the tradition of sculpture more in line with what would be considered as a classical approach to this artistic medium. Amongst this minority can be found the winner of the first prize, Mar Solis. Her winning piece, entitled Pensamientos de rincón (Corner Thoughts), 2002, responds to an idea based on a search for and confrontation with walls, corners, floors and columns so as to fill them with fantasy. In the great majority of the works selected, however, a classical approach to sculpture has completely disappeared and there remains of it only an echo or distant memory.

PHOTOGRAPHY
It is perhaps in the category of Photography that a change can clearly be observed in respect to other editions as regards to the work presented and selected. Until the fourth edition, a mainly black-and-white documentary photographic approach was the most constant representative sample. But in this current edition, that type of work has given way to a style of photography based on the problem of the construction of the image, with a questioning of the language used occupying a central role. Increasingly in line with the predominant trends in contemporary art, the majority of the works on display are those that deal with aspects like narration, digital manipulation, intervention in architectural spaces, the relationship between people and their environment, the dialogue between fiction and reality, and a return to the landscape and other genres related to a questioning of identity. In this sense, the work of Jon Mikel Euba, winner of the first prize for Zugastieta [Ankaz Gora], 2001, is another example of what is in store, centring his interest as much on photographic work as on video, on the construction of the image, fiction as a supposed document, and an investigation into the relationship between action and the document that includes an element of fiction.

GRAPHIC ART
In this edition, the name change of the category of Engraving to Graphic Art was made with the aim of responding to the need to include in this category something that was already occurring. In their attempts to break down barriers, artists had been presenting works that did not fit into the classical concept of engraving and these have now been included in the broader category that Graphic Art implies. But the name change is also a response to a spirit of broadening the possibilities of including - and never excluding - works that continue to use techniques such as etching, lithography and dry point, etc. In this sense, although many of the works presented and those selected for final presentation use digital printing, as opposed to the more varied techniques found in earlier years, winner of the first prize for the work Sin título (Untitled), 2002, Esther Rivas continues to use classical techniques like woodcut printing on Japanese paper and watercolour ink printing. But in the end, what matters most is not the techniques used but the final result of the presented work.

NEWS TENDENCIES
A certain change in the type of works presented in the New Tendencies category has also been observed. In previous years, these were more based on video works as ways of presenting performance and action pieces or interactive pieces and installations. In any case, while recalling other editions, the tendency in this edition has been the presentation of documentary video works in which the treatment of social problems is a common feature. In this sense, it can be said that this category seems to be in keeping with the tendencies on show during Kassel's Documenta 11, where many documentary projects highlighting social concerns were seen. The following subjects are dealt with amongst the work selected: the problem of migrant worker conditions in Spain; the violence that many women suffer at the hands of their fathers, husbands and sons; and the denouncement of totalitarian mechanisms and attitudes in an attempt to analyse the dialectic between the roles of power and submission, of master and slave. In this documentary tradition can be found the winner of the first prize, María Ruido, with her project La memoria interior (Inner Memory) (32' 40" video). Using a family history, this work analyses the memory of recent Spanish emigration to Europe in the sixties and seventies and ponders the mechanisms of forgetting and memory, defending as it does the need to construct a history or story.

Also in this category are works dealing with other suppositions, such as that of Isabel Ivars-Sancho, who suggests an analysis of concepts such as time, space, and an understanding of the universe in a desire to search for eternity. To achieve this, she starts by dissolving time and studying the elements that shape the space around us. Then there is the work of Adrià Julià, who converts everyday spaces of corporate "reality" into "ethnological" observatories of social behaviour by constructing very ambiguous scenes in which fiction and non-action are emphasized.

CONCLUSION
The group of seventy-three prize-winning works selected for this edition and the eight projects that have obtained a completion grant for this year display not only a great richness of proposals but also the flow of contemporary creative work and a great diversity of media, representing as it does the fragmentation and atomisation of the arts at the beginning of the 21st century.