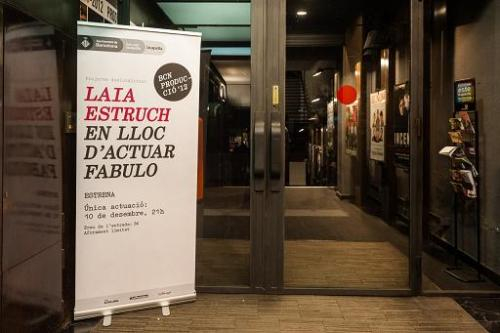 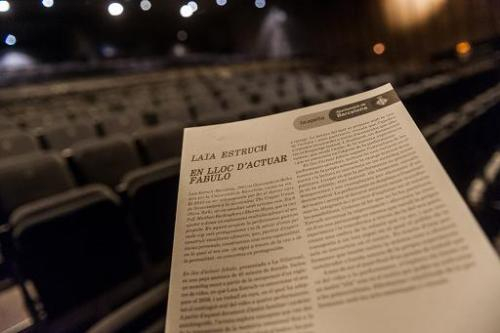 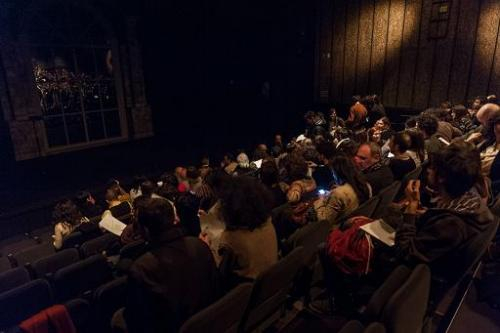 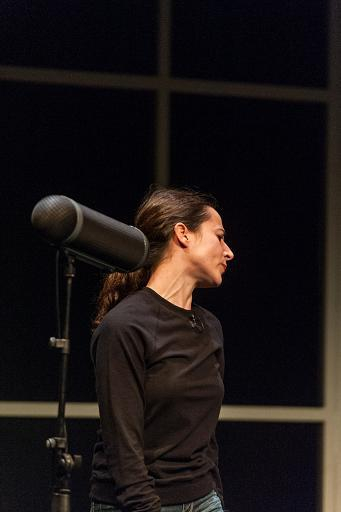 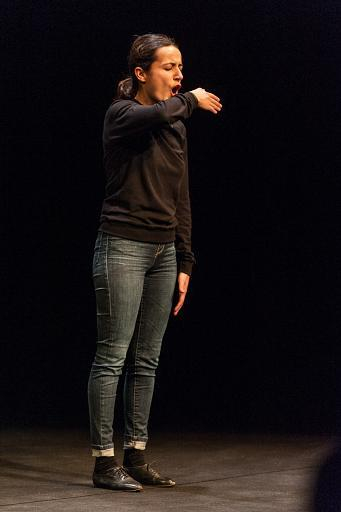 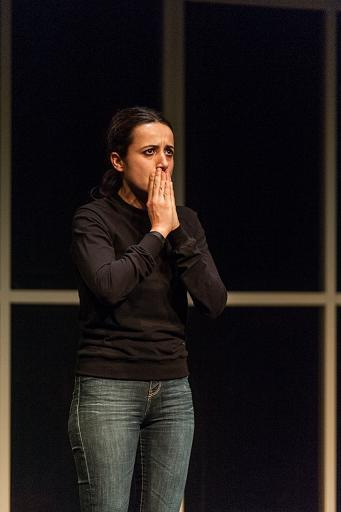 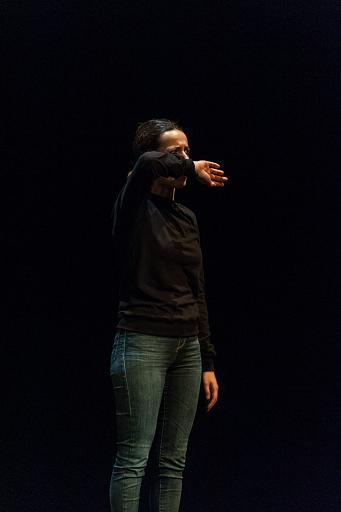 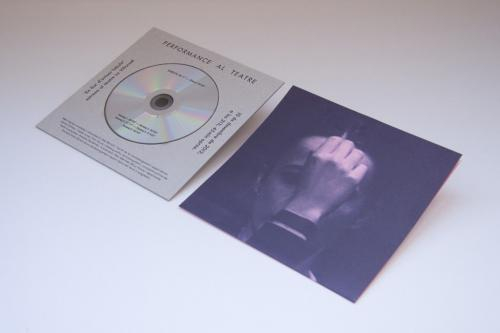 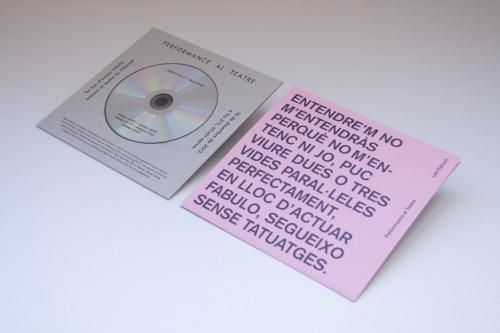 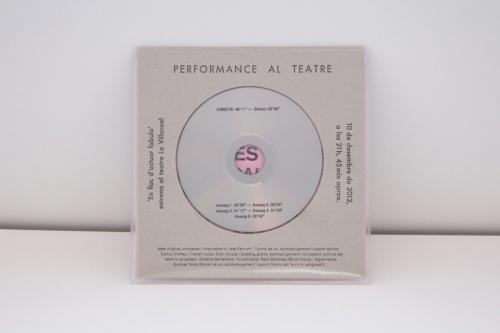 Laia Estruch (Barcelona, 1981) holds a Degree in Fine Arts from the University of Barcelona, the city in which she resides. In 2010, she was selected to carry out the final year of her degree at The Cooper Union university in New York, where she studied alongside artists such as Zach Poff, Matthew Buckingham and Sharon Hayes that helped her lend a multidisciplinary approach to her work. Therein, performance acquires an increasingly prominent part and is employed as a tool to build ephemeral sculptures that, based on personal experiences, create a new spatiality, in which her body – either through her voice or gestures – takes the leading role.

En lloc d'actuar fabulo (Instead of Acting I Fabulate), presented in La Villarroel, is a 45-minute-long performance piece. It comprises an audio monologue based on a video recording in which Laia Estruch interviewed her father in 2009, and a work in progress, in which she has adapted the video's oral content to four performances. On the basis of this document of a familial and autobiographical nature, Estruch explores concepts ranging from the transmission of emotional memory to the nature of the artwork in relation to the theatre and the possibilities provided by performance to create sculptural spaces.

This presentation is the culmination of a working process, which began in early 2012 with the transcription of four hours of video tape to select the most characteristic sayings of the person interviewed (the project title makes reference to one of them), the "leitmotifs" of her father that afforded the title to the series of four previous performances.

The four performances entail four readings intended for the exhibition space. The word, enlarged and erased at the same time, the body and the voice are core elements of the mise-en-scène. The same structure is upheld in each case: an advert, as a graphic element, informs and invites the spectator; a live performance, based on the reading of a text, and an enlarged phrase (on the wall or an information sheet), which act as the image. The reading of the text is projected through the voice of the artist and some visual scripts that help her to transport the words through notes that alter the textual language. And, finally, a performance documentary, which contains the audio of the experience itself and which becomes the object of the performance.

En lloc d'actuar fabulo keeps to the structure of the previous performances, including a variation at the time of the performance itself: the textual image disappears and the reading becomes a monologue without a script. The space in which the performance is presented is no longer an artistic space but a theatrical one: the visual elements vanish and are replaced with elements of a set design. The performance moves to the stage and accepts the existing set design without altering it, integrating it and endeavouring to harness its full potential. The absence of a script leads to greater improvisation on the part of Estruch and fosters the creation of a new character on stage that takes her own experience and transforms it through that of her father, creating a shadow of the previous account, and which transports us to a new space in which the theatre's audience becomes the focal point. It is a performance that also includes music as a main feature or soundtrack of the experience itself.

In addition to being the culmination of a working process that evolves from video to performance, it explores its limitations in an "unrelated" arena as is the theatre in order to be able to tackle the potential, differences and similarities of performance with the performing or visual arts.