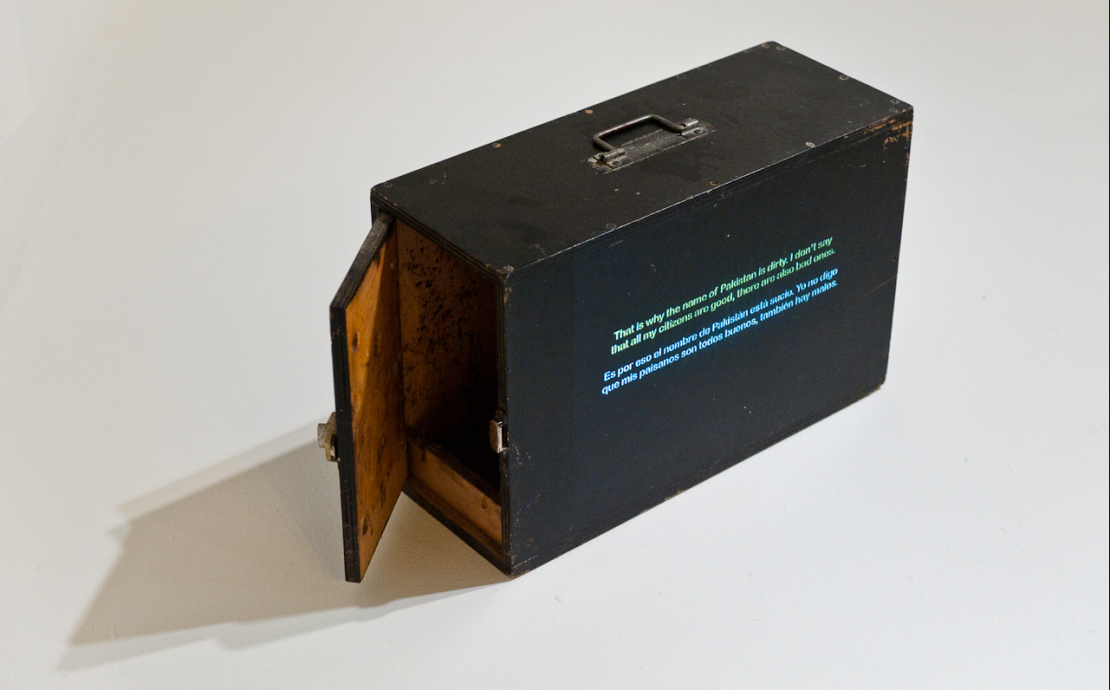 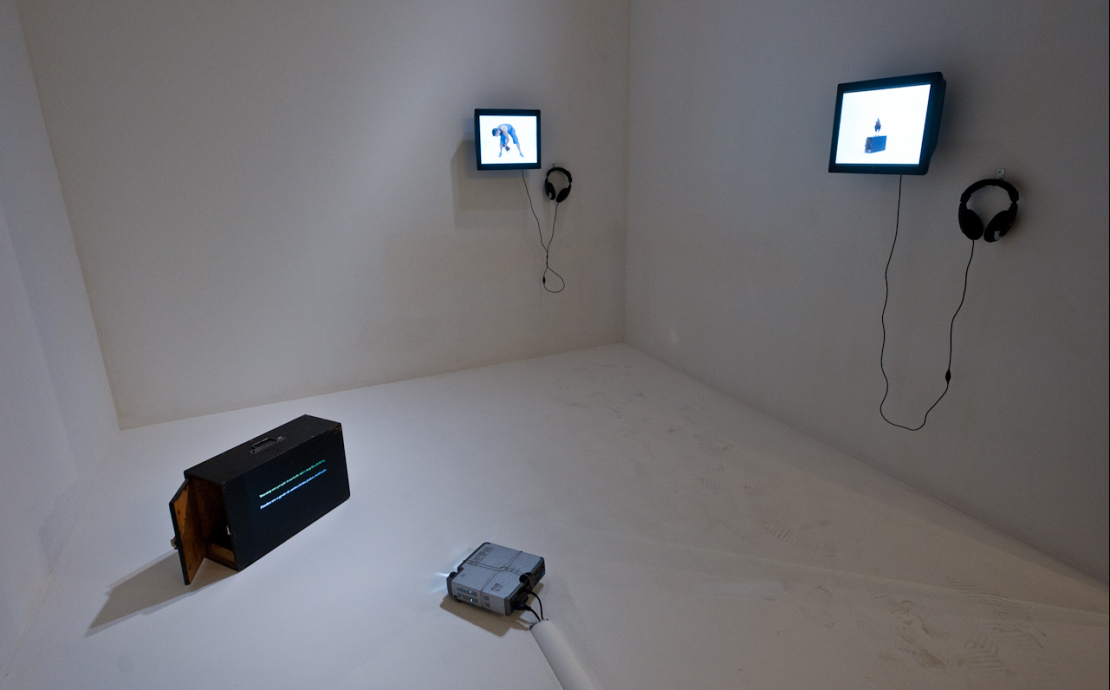 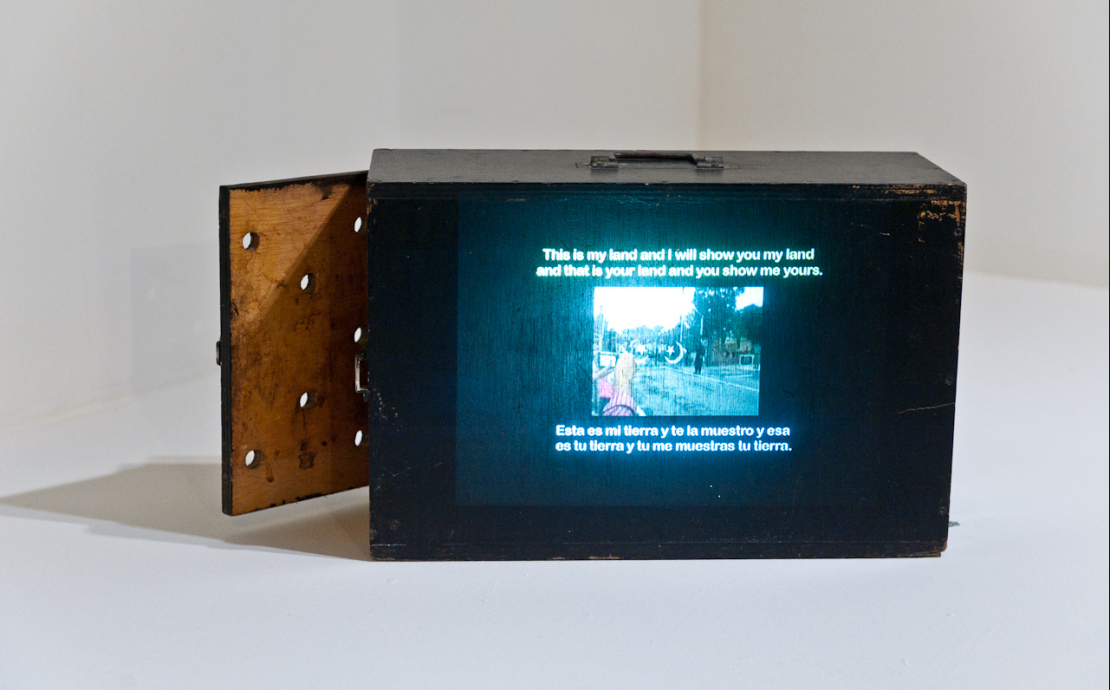 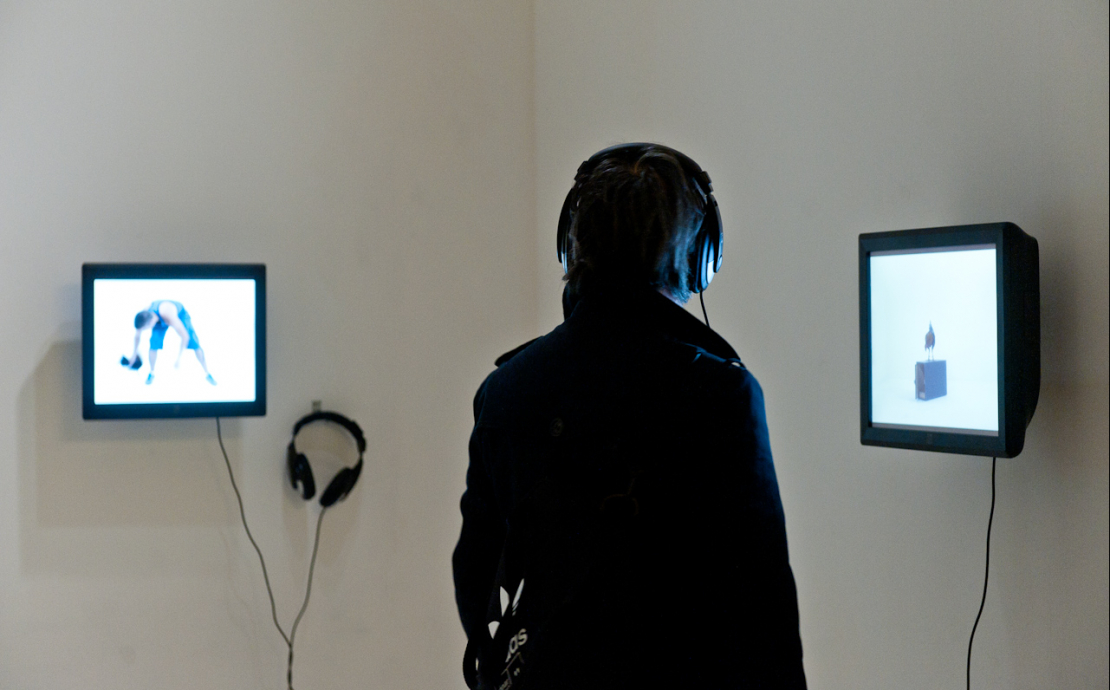 Anibal Parada. Cubeer
In Cubeer Aníbal Parada addresses the imagery of conflict without lapsing into the reductive effects that are often provoked by media clichés. The project takes its point of departure from a case that is real and near to hand: management of the space at the two ends of the Rambla del Raval between illegal beer sellers from the Pakistani and Indian communities. The case serves as an echo of international territorial conflicts which here become something else, brimming with senses and meanings that are hardly clear and using the tensions and diversions inherent in the use of a space like the street which is already “saturated” in and of itself. Thus in the final shape it takes, the Espai Cub becomes a neutral platform for giving visibility to all the questions that come up when using art to tackle and interpret the documentary material collected in the first place.

INTERVIEW
Your project might well be called a representation of territorial conflicts. Let us say that one of the difficulties was that of finding the right distance from which to tackle such a highly topical issue without falling into mass media cliché. How did you work out your approach to this work?
At first, I presented the project theoretically as a mechanism that questioned the system of political forces that are organised on Rambla del Raval today, focusing on a recent event: management of the pedestrian area at either end of the promenade into two commercial blocks occupied by illegal vendors from the Pakistani and Indian communities.
I began with an ethnographic study based on observation and a series of interviews, asking questions and listening to people talking about the conflict in their countries of origin, and their comments on how Rambla del Raval has been split and divided up. This field study –my basic tool– shows how some users of the street are dedicated to breaching “civic” laws –laws under which taking a nap on a bench is seen as a revolutionary, punishable act. They do so in an active way that shows how, in a city ever more under siege, where the public space is under an iron control, human beings construct new meanings and signifiers through everyday practices that do not obey the rules and regulations. All this, adding to the tensions generated by any “saturated” use of the space and in a place like the street, which is the emerging space par excellence.

And how is the link established between this “sociological study” and the exhibition space?
The physical space in which the project is exhibited today, a cube, is a neutral platform where I hang my doubts. This is so as never to lose sight of the fact that what is said has an approximate relation to the real facts it is based on, and that relation cannot work if it is not at the expense of giving up huge slices of reality. I wanted to distance myself from specifying something true.
As Manuel Delgado says: “We know that our works [...] are attempts by which [...] we try to clarify the mechanisms of the real through a simplification whose reductive effects we are –or should be– fully aware of, just as we are aware of our inability to exhaust that real world through the representation we make of it in model form. Maintaining this prudence and humility is essential to ensure that our work as scientists is an expression of imagination, and not imaginary, in the sense that it does not ignore its own incomplete and provisional nature and refuses to be reconstructed into any kind of discourse about any truth whatsoever.”
That is to say, my aim is not so much to represent the other, but to vindicate a freedom that Delgado defines as provisional and incomplete but also, in the final analysis, free.

Your initial project proposal was based on your hunch that there is a certain territorial division amongst street beer vendors according to nationality in Rambla del Raval. You project has been mutating from the very first, but what are the reasons behind the focus it now takes?
The focus is the same, it is present, it is the original impulse. We have a division, the twisted reflection of a border where there is high tension, recreated almost imperceptibly in Barcelona’s public spaces. Here, the work becomes an echo of international territorial disputes that are always being transformed into something else (and this does not only occur in Rambla del Raval; it also happens in Rambla de les Flors). This is a complex network, as the projection of their territorial conflicts is full of different shades of grey; it is not as clear-cut as the media present it. Perhaps life always works like that. “Existing” always takes a multitude of different forms that are very difficult to transfer to a visual or written register without losing something.

In any case, looking at my work process in retrospect, what caused me the most doubts about the night-time “conflict” on the Rambla was the fact that I was playing –paradoxically– the role of an amplifier for a new, silent, alleged confrontation. I have tried to show my comings and goings, my attempts to portray a hypothetical reality by questioning it, through my proximity to it and the dual approach of revealing something about it without reneging on it.