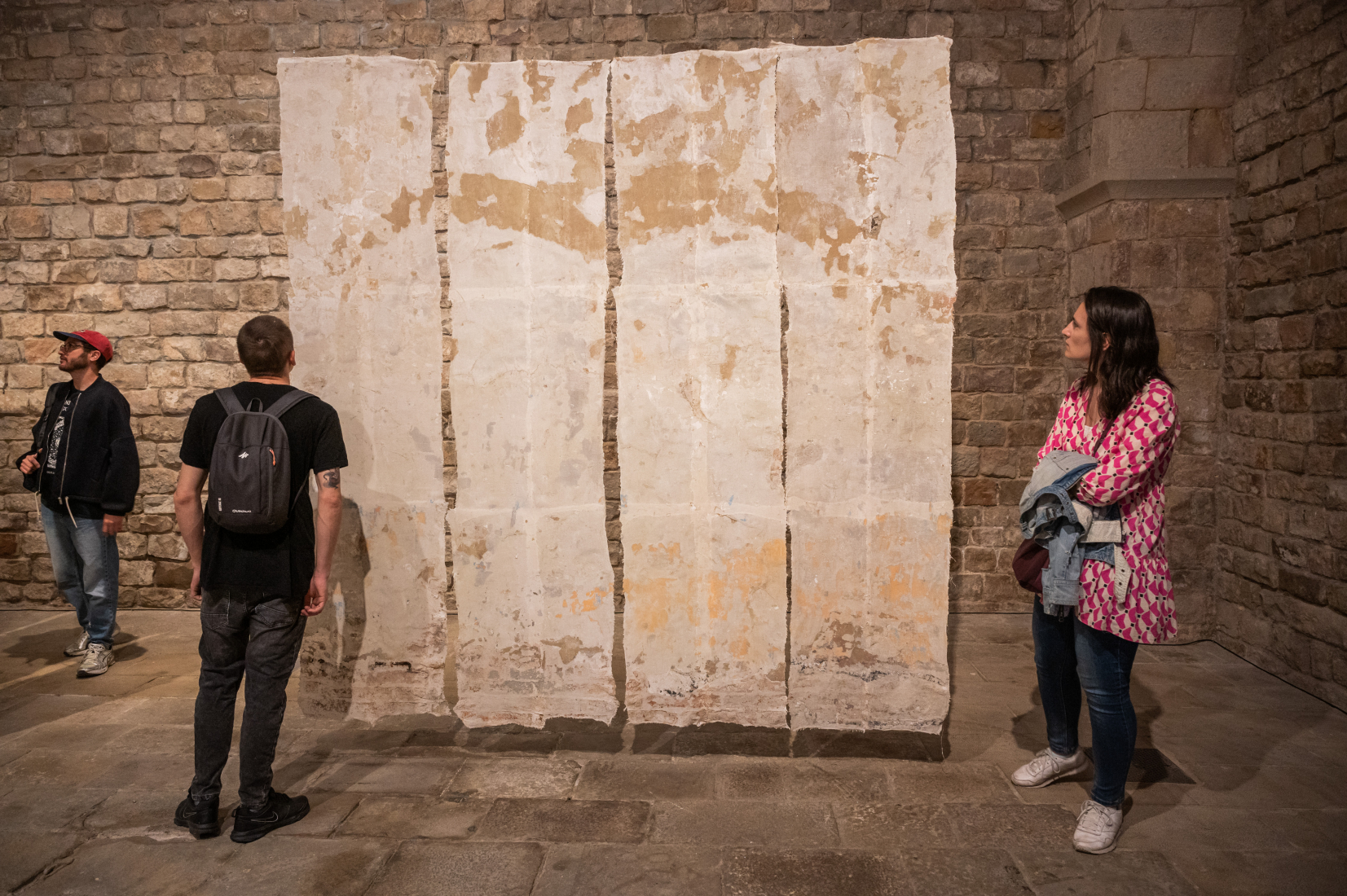 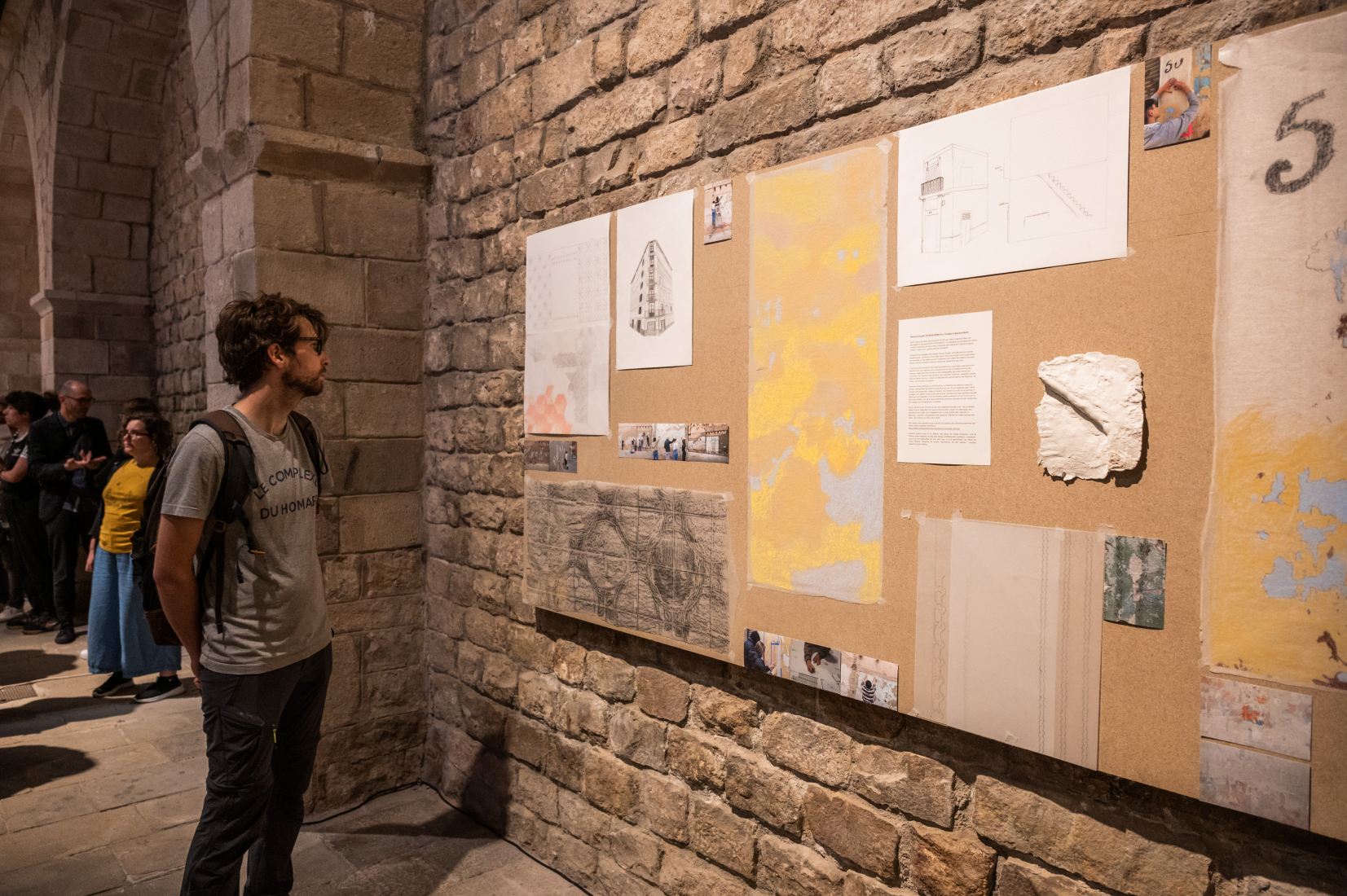 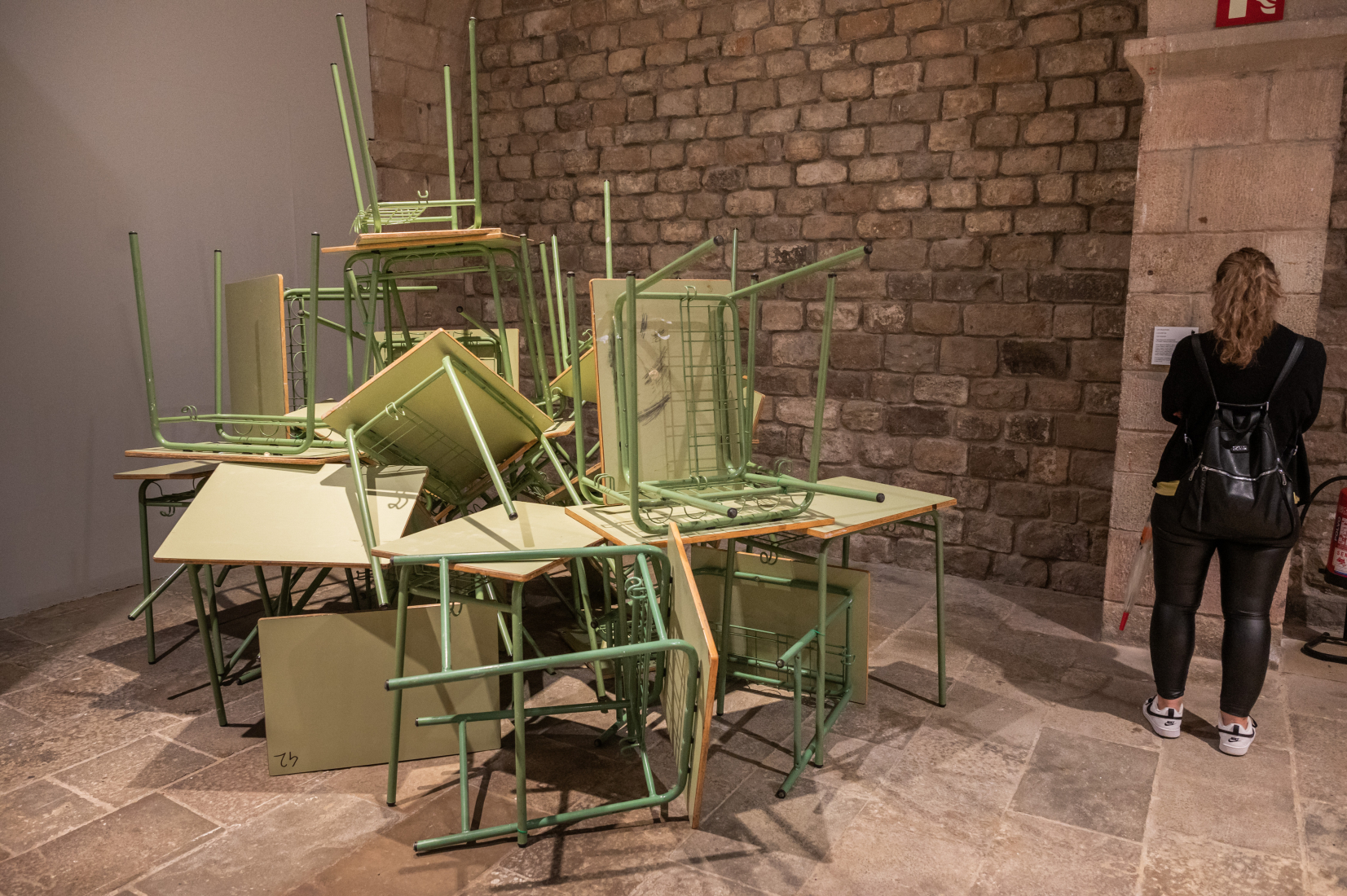 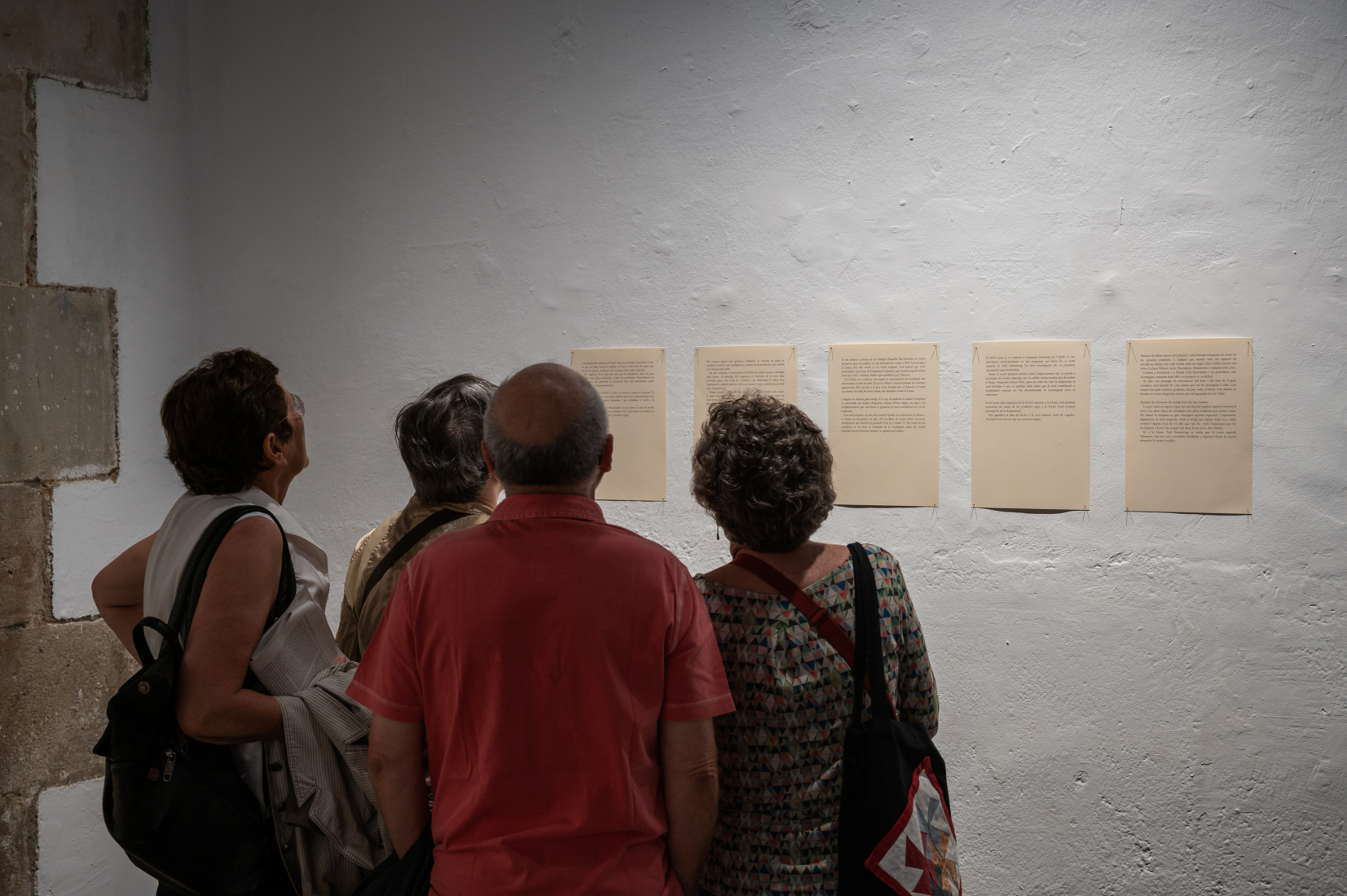 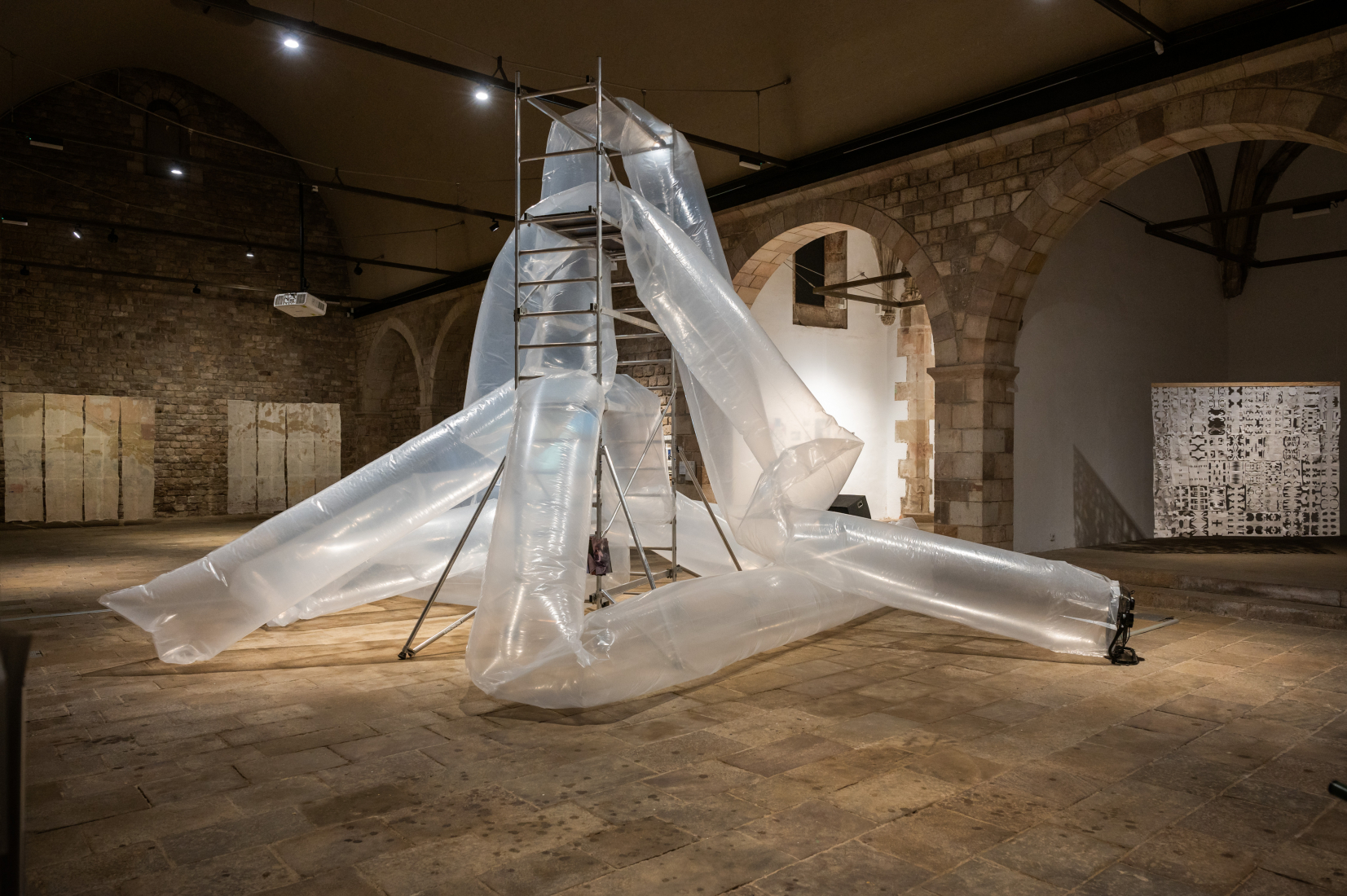 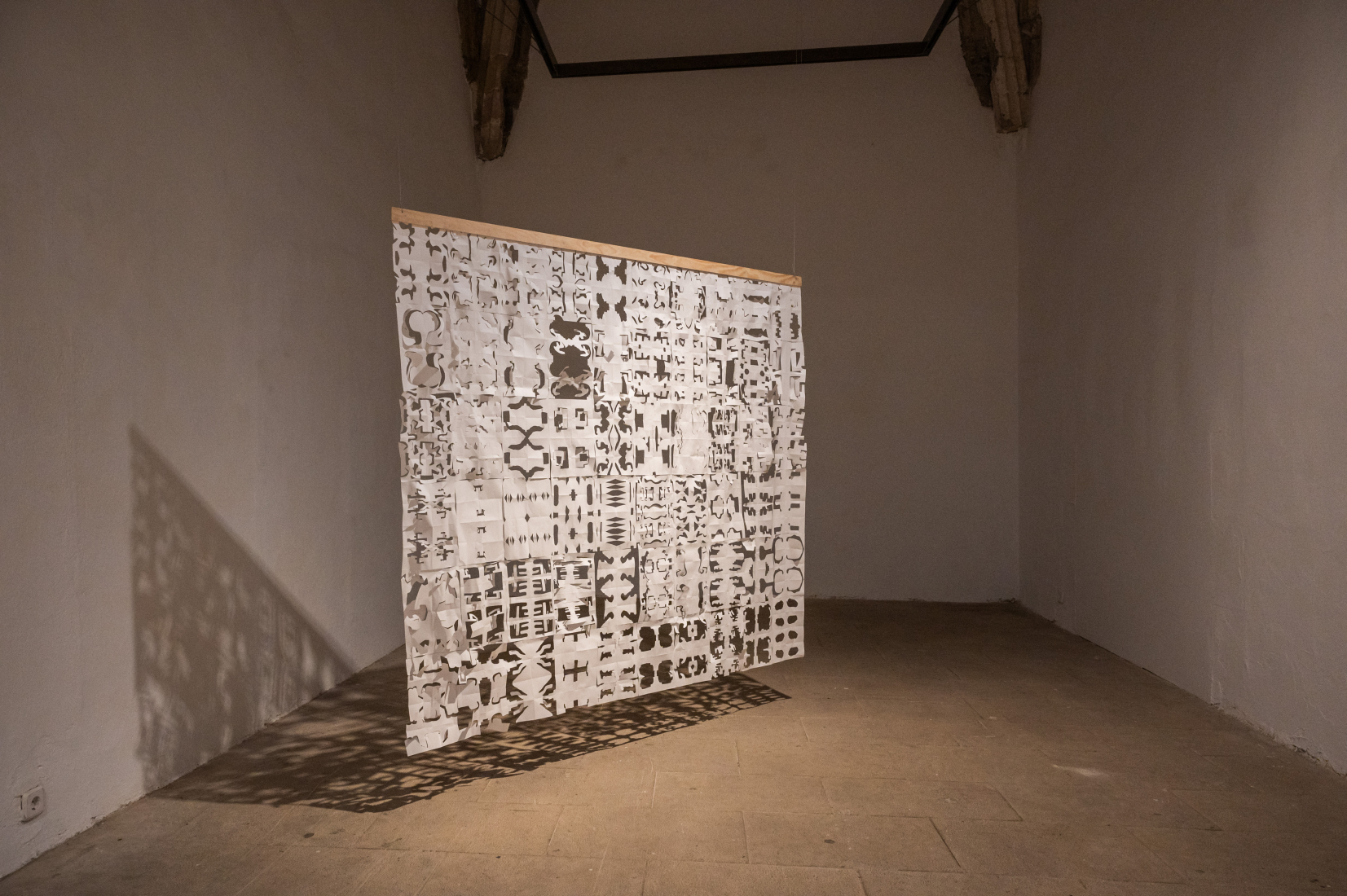 Within the framework of the thirteenth edition of EN RESiDÈNCiA (2021-2022), twenty-six creative processes have been undertaken in publicly-funded secondary education institutes in the city of Barcelona. Over the course of ten months, artists, teachers and groups of pupils in compulsory secondary education have worked together to build a space for reflection, action and research, overseen and mentored by the programme’s mediation teams.

Per capítols (By Chapters) is a group exhibition that features the works and the working dynamics of six of these EN RESiDÈNCiA creative processes. Six artists from the Barcelona context with six secondary institutes in the city. For this reason, the chosen title remains literal and neutral, thereby avoiding constraining contents which, though they might touch upon and affect each other, might not in fact do so.

Per capítols thus makes a constant exercise in autonomy and complementarity possible. Each chapter generates a narrative of its own before eventually – either at the level of staging or through performative activations – making way for a new story. And while one chapter ends and another begins, some things remain, some things are retained.

As in a compilation of separate stories, the artists and institutes individually sum up here their working dynamics over the academic year, taking the presentation event as a laboratory capable of unfolding in space and in time to narrate something far more complex than the typical exhibition. And so we find side by side things as disparate or as akin as urban references to the decline of neighbourhoods (Patricia Dauder), gender perspectives missing from official historical memory (Martí Madaula), questions to do with silence and listening (Violeta Mayoral), reflections on unproductiveness and captivity (Natalia Domínguez), subversions of the prevailing order (Gerda Kochanska) and a performative and polyphonic manifesto (Tanit Plana).

In short, Per capítols shows the affinities and connections between artists, teachers and pupils in secondary education while trying out, in real time, other systems of training, learning and shared experience.

Patricia Dauder at the Institut Caterina Albert, with the mediation of A Bao A Qu.

Natalia Domínguez at the Institut Verdaguer; with the mediation of L'Afluent.

Gerda Kochanska at the Doctor Puigvert Institute; with the mediation of Experimentem amb l’Art.

Martí Madaula at the Institut Vapor del Fil; with the mediation of A Bao A Qu.

Violeta Mayoral at the Institut Vall d'Hebron, with the mediation of L'Afluent.

Tanit Plana at the Institut Infanta Isabel d'Aragó, with the mediation of A Bao A Qu.