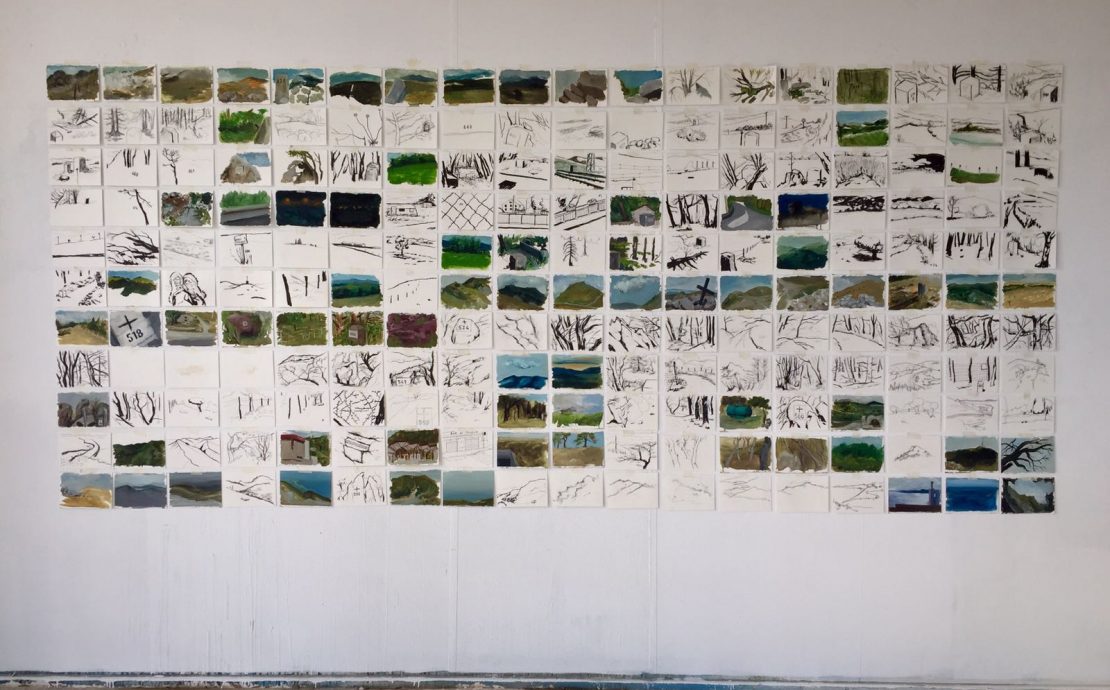 In the summer of 2017, Marco Noris walked the 160 kilometres of the stretch of teh Spain-France border that lies in the province of Girona, an area through which ran the main paths followed by Republicans heading into exile. Over the course of his trek, the artist will paint a work for each of the 198 boundary markers on his route: walking and painting while linking points along the frontier, as if balancing on this invisible line that divides what is one in two, making the invisible visible and thereby unfolding a new scenario of memory.

Marco Noris (Bergamo, Italy, 1971) lives and works in Barcelona. Noris, who is in essence a draughtsman and a painter, made forays into the world of video art, net art and photography before going back and re-focusing his artistic practice on the realm of painting.

In 2015, in Paratext 7 at the Hangar visual arts production and research centre in Barcelona, Noris began to experiment with painting in hypertextual contexts, producing a mental map along a 15-metre wall in front of an audience. His aim was to create an object through a performative act that would explain his creative process. Noris’s use of various elements and languages enabled him to transpose a system for organising hypertextual content into the physical world. 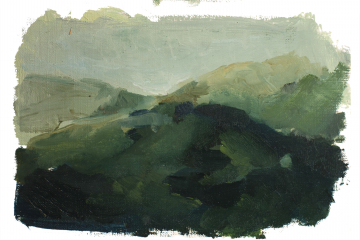 On the Border. Presentation and exhibition
Marco Noris
Activity
View