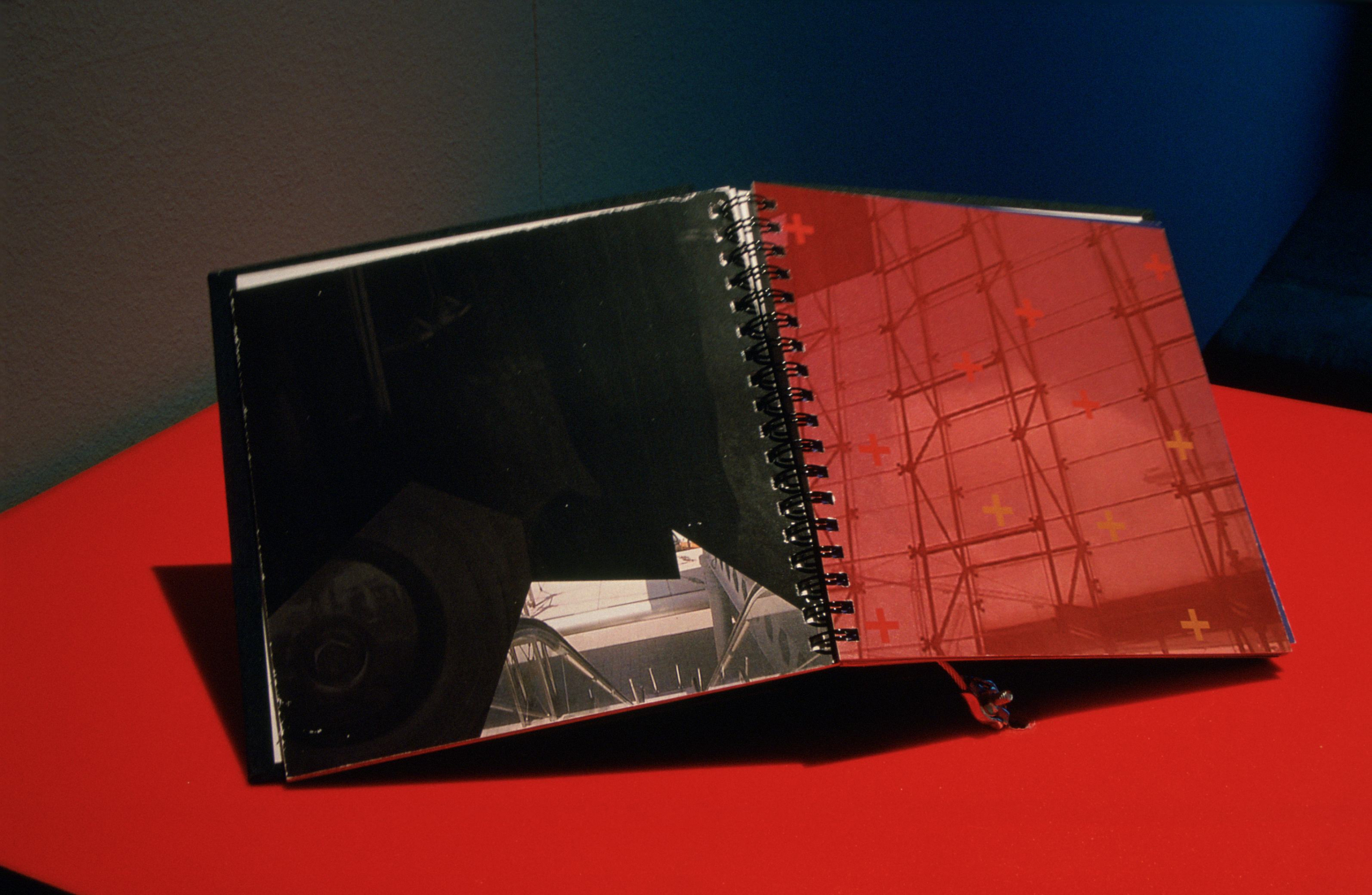 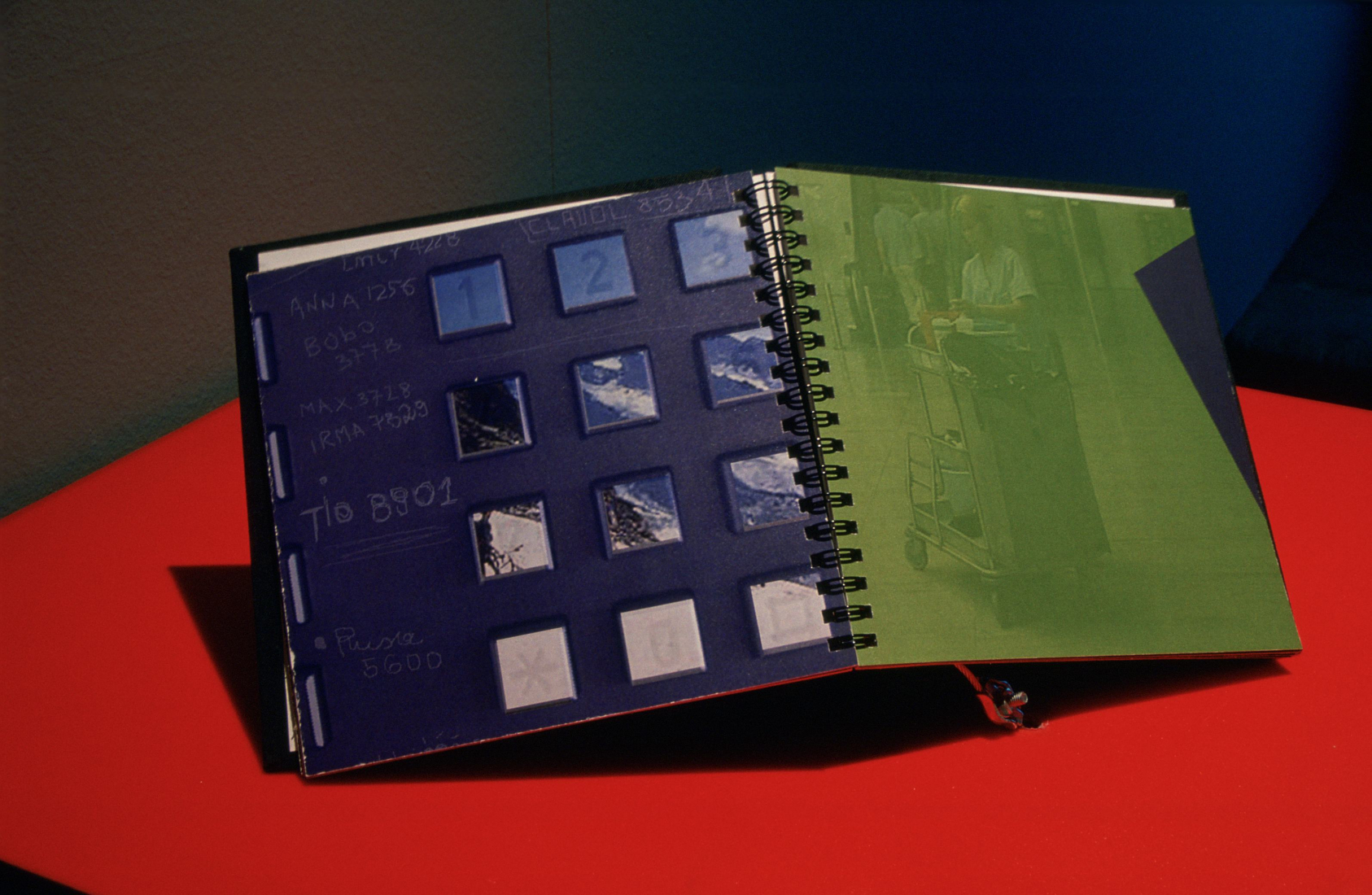 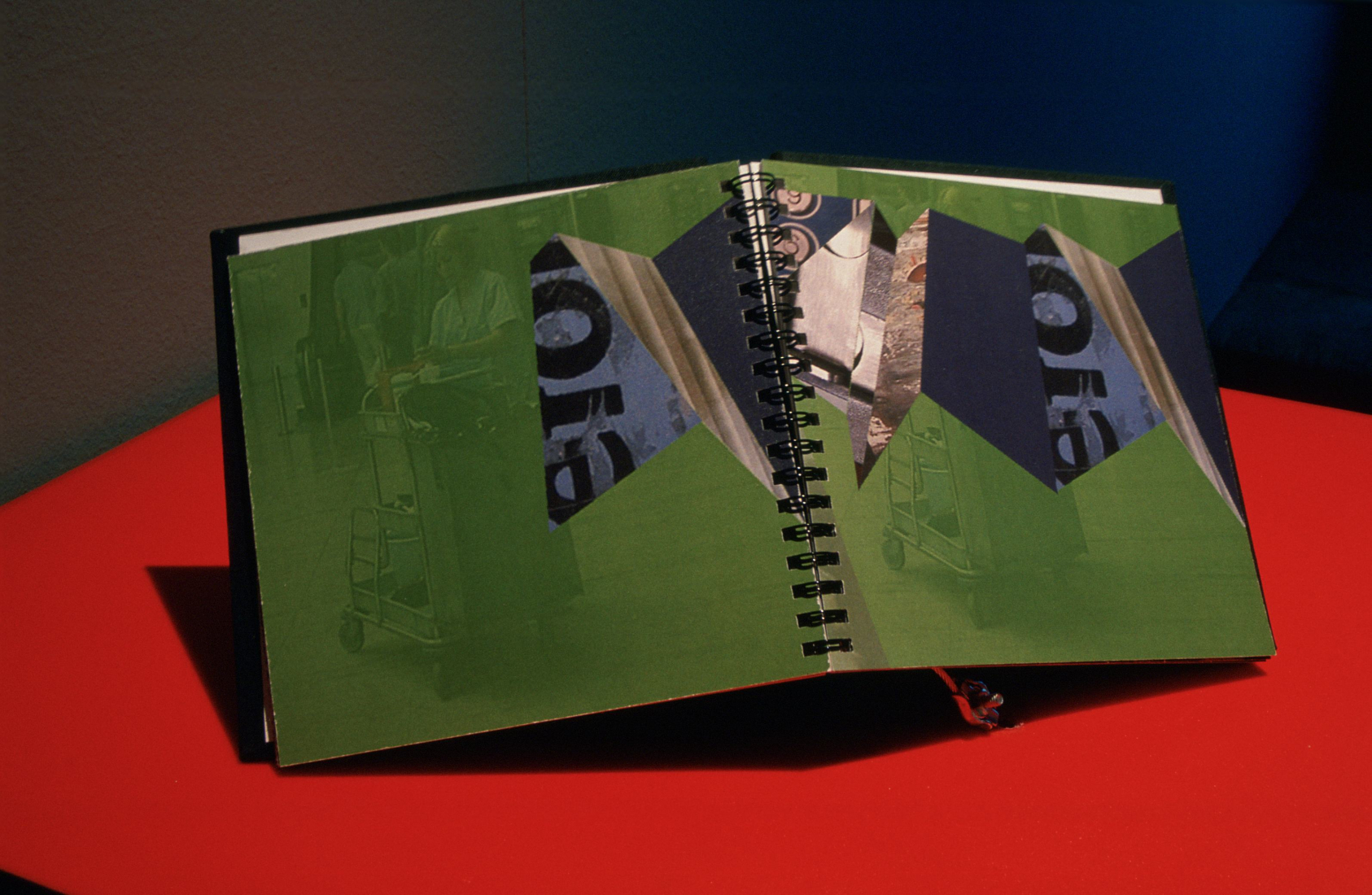 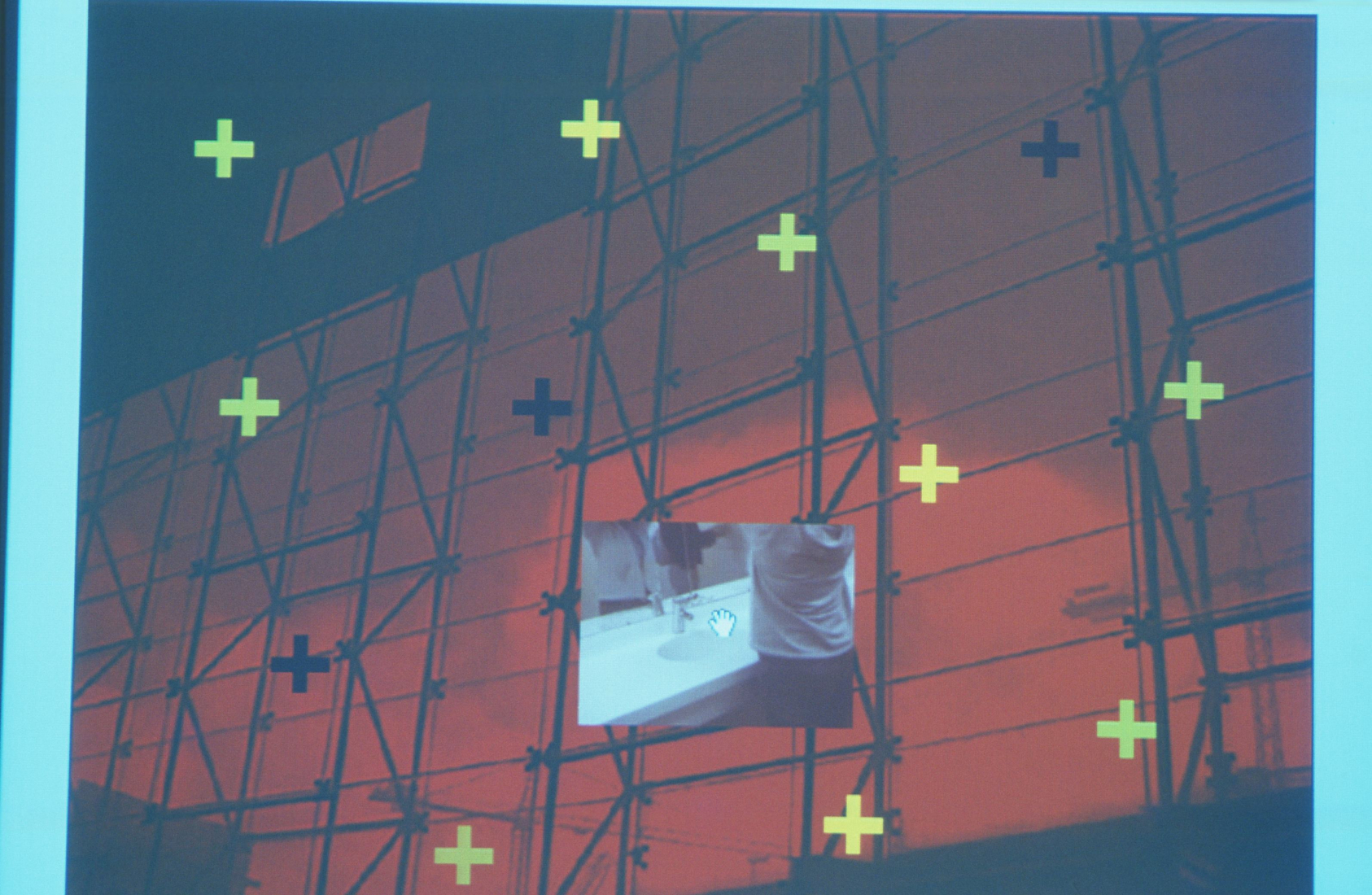 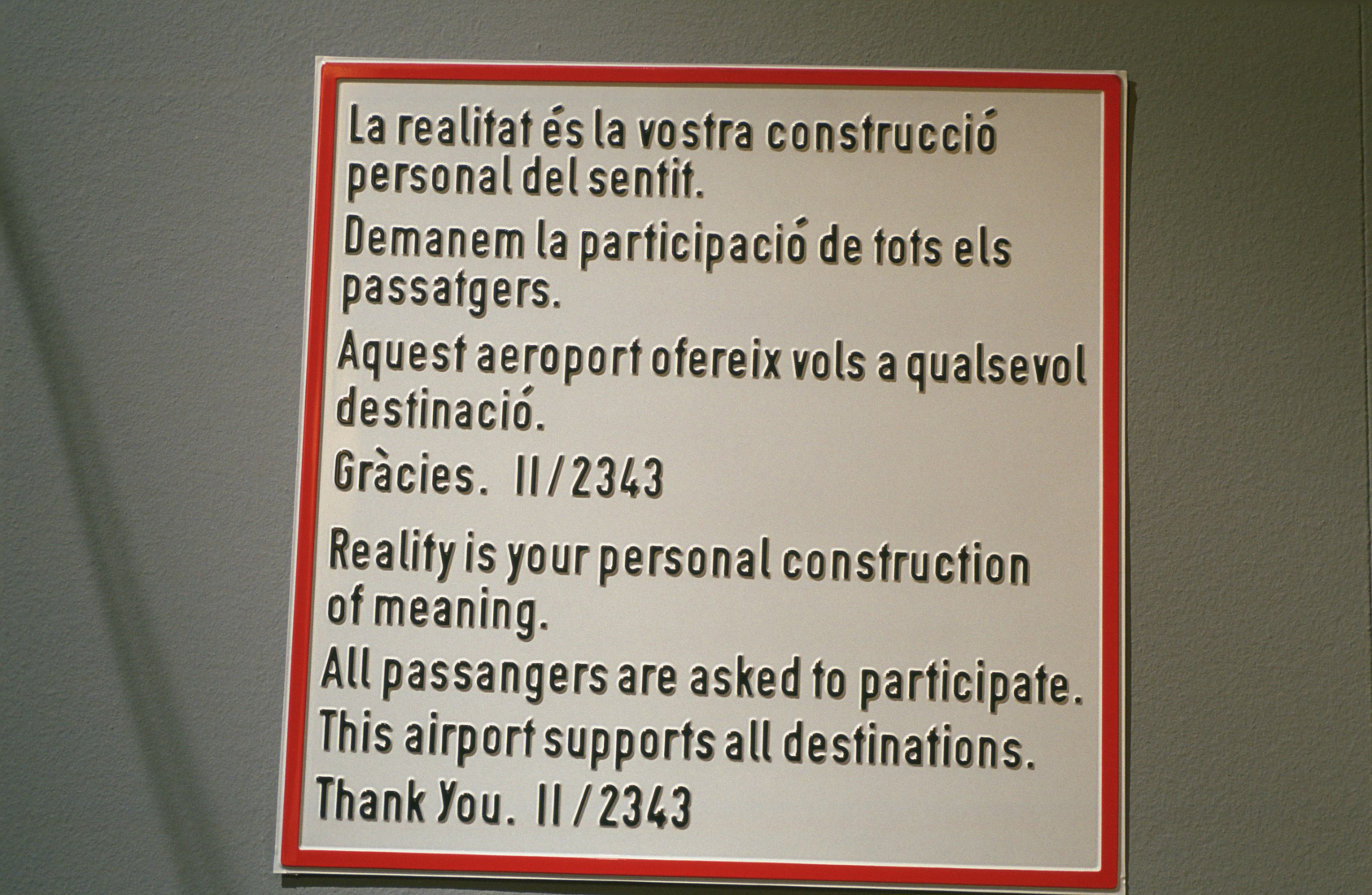 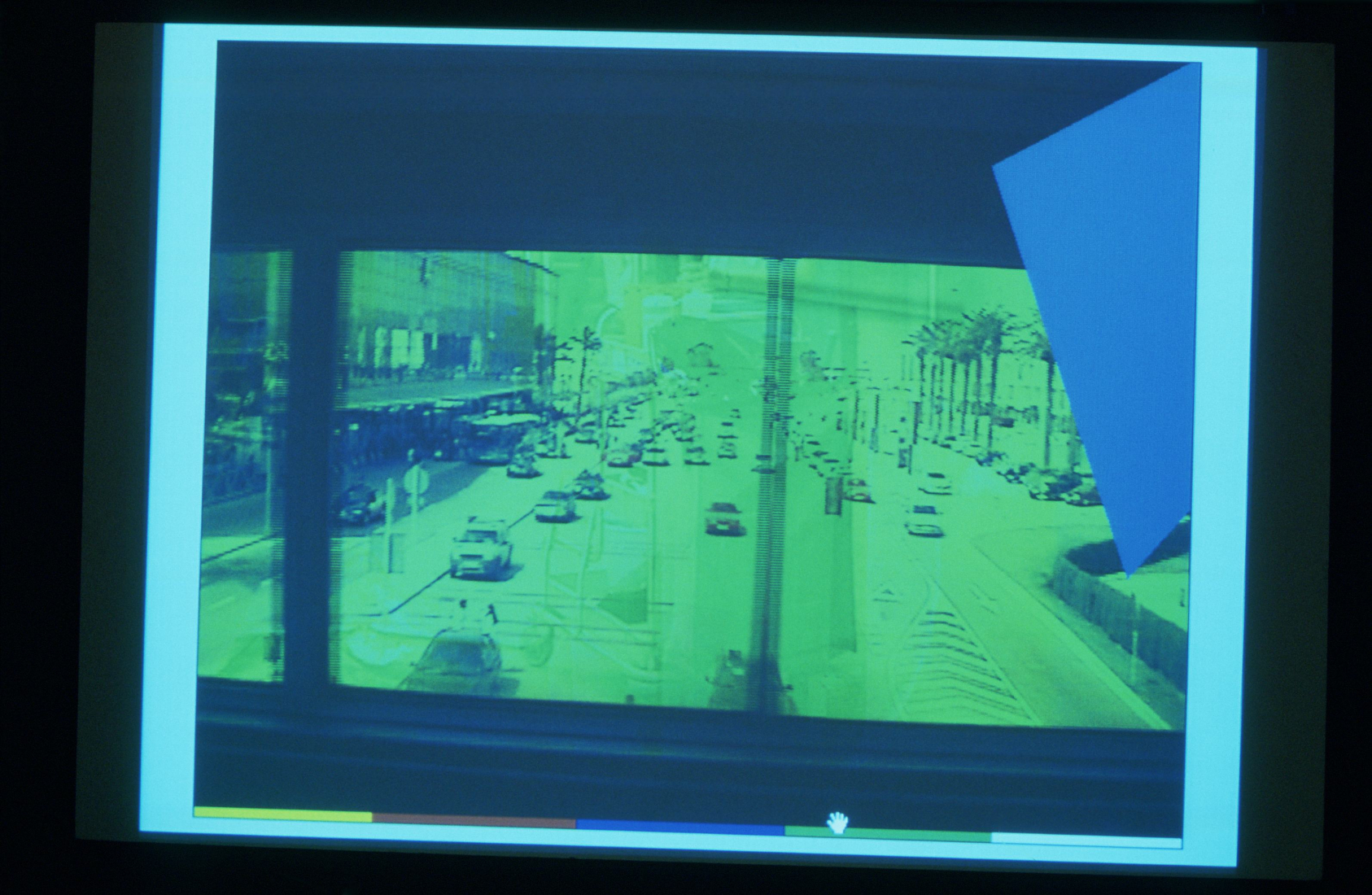 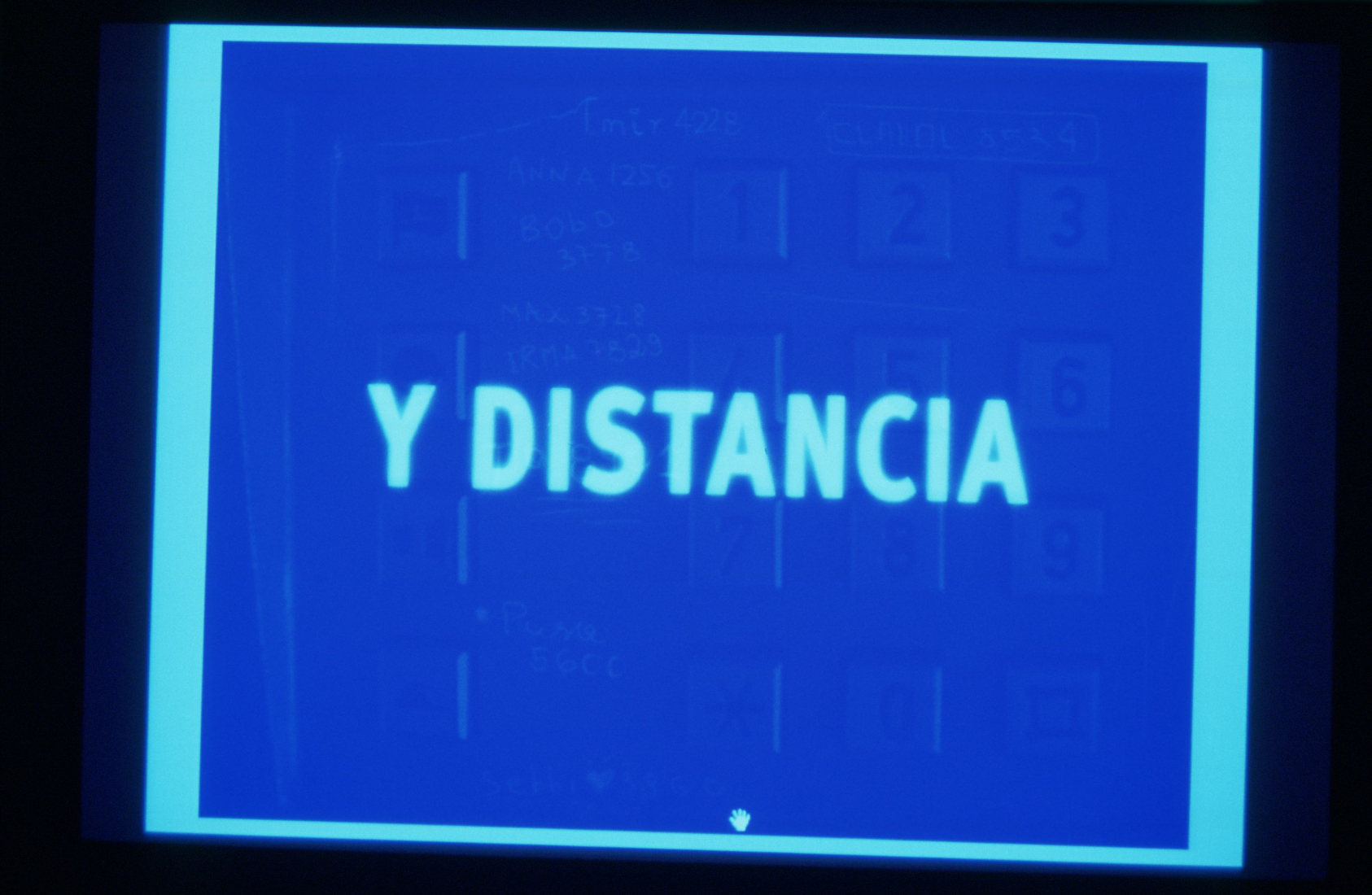 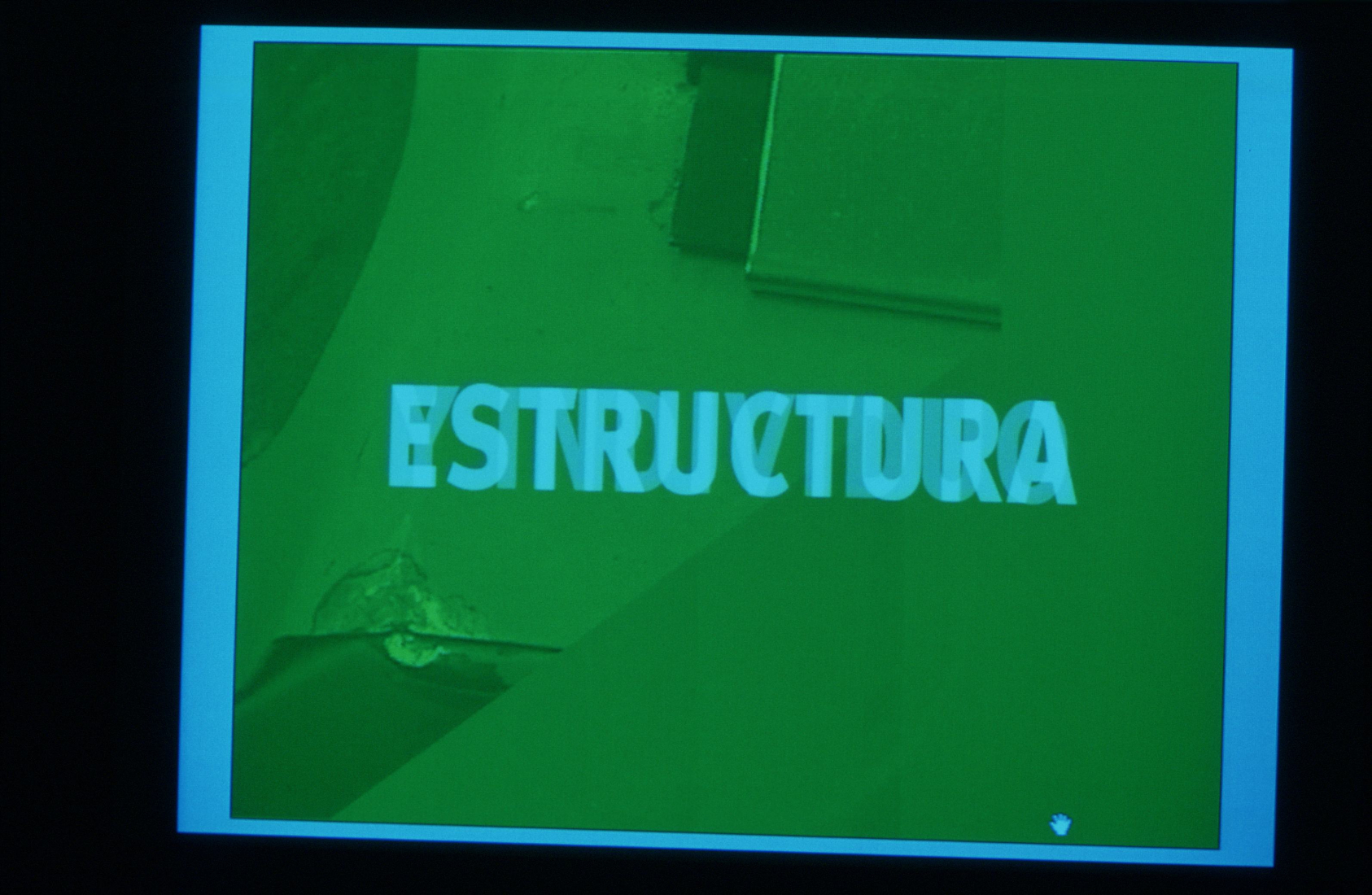 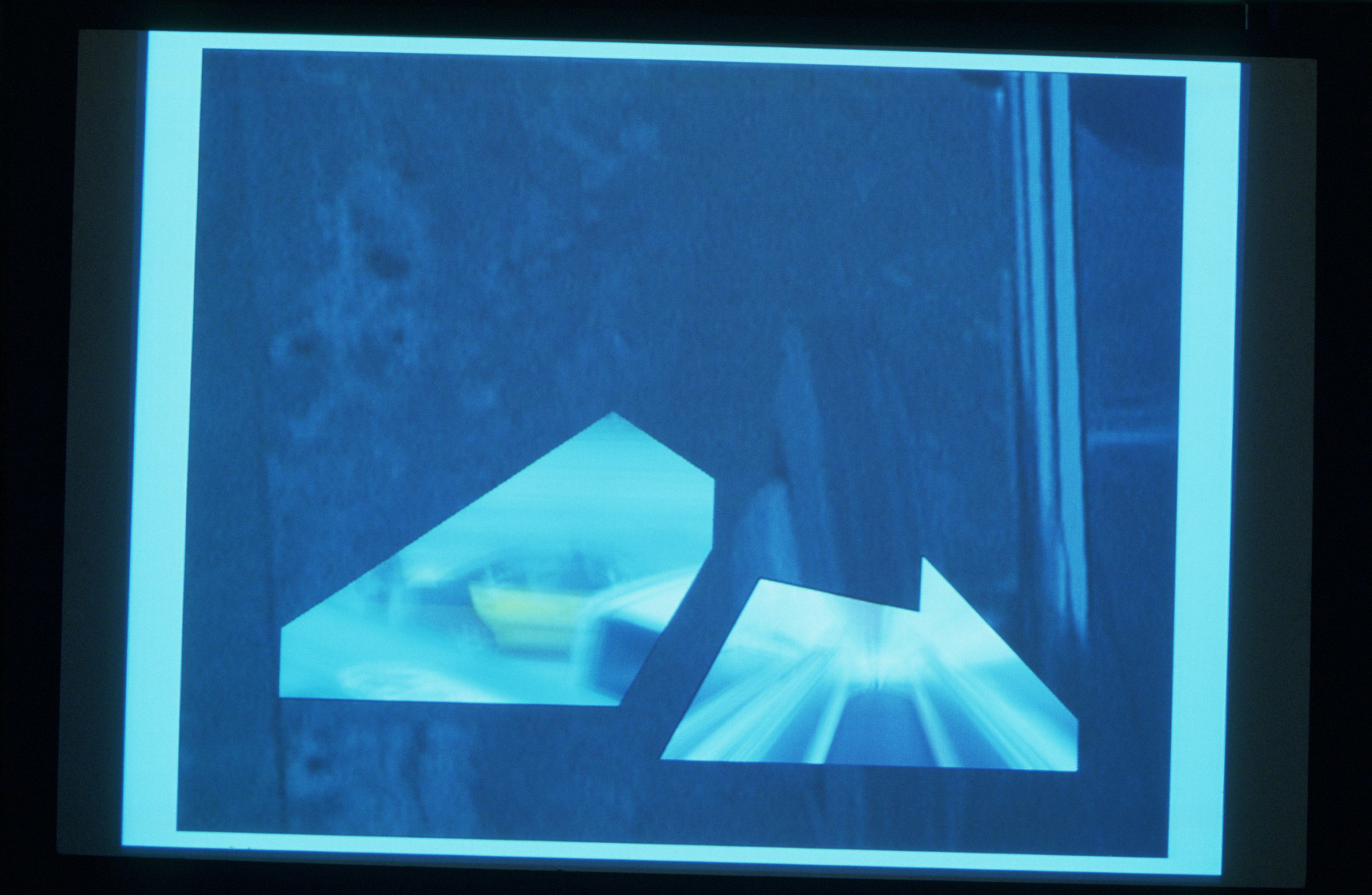 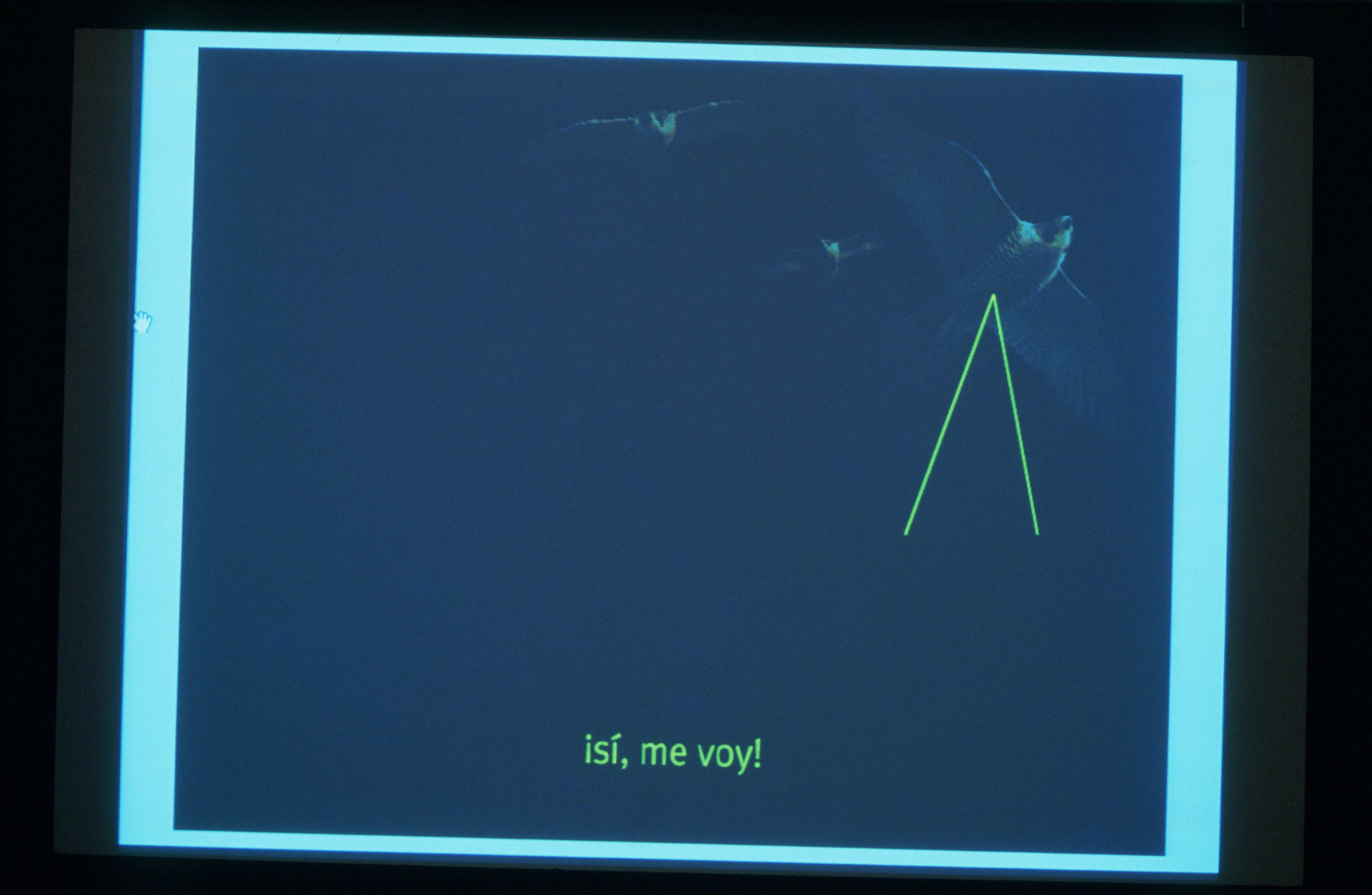 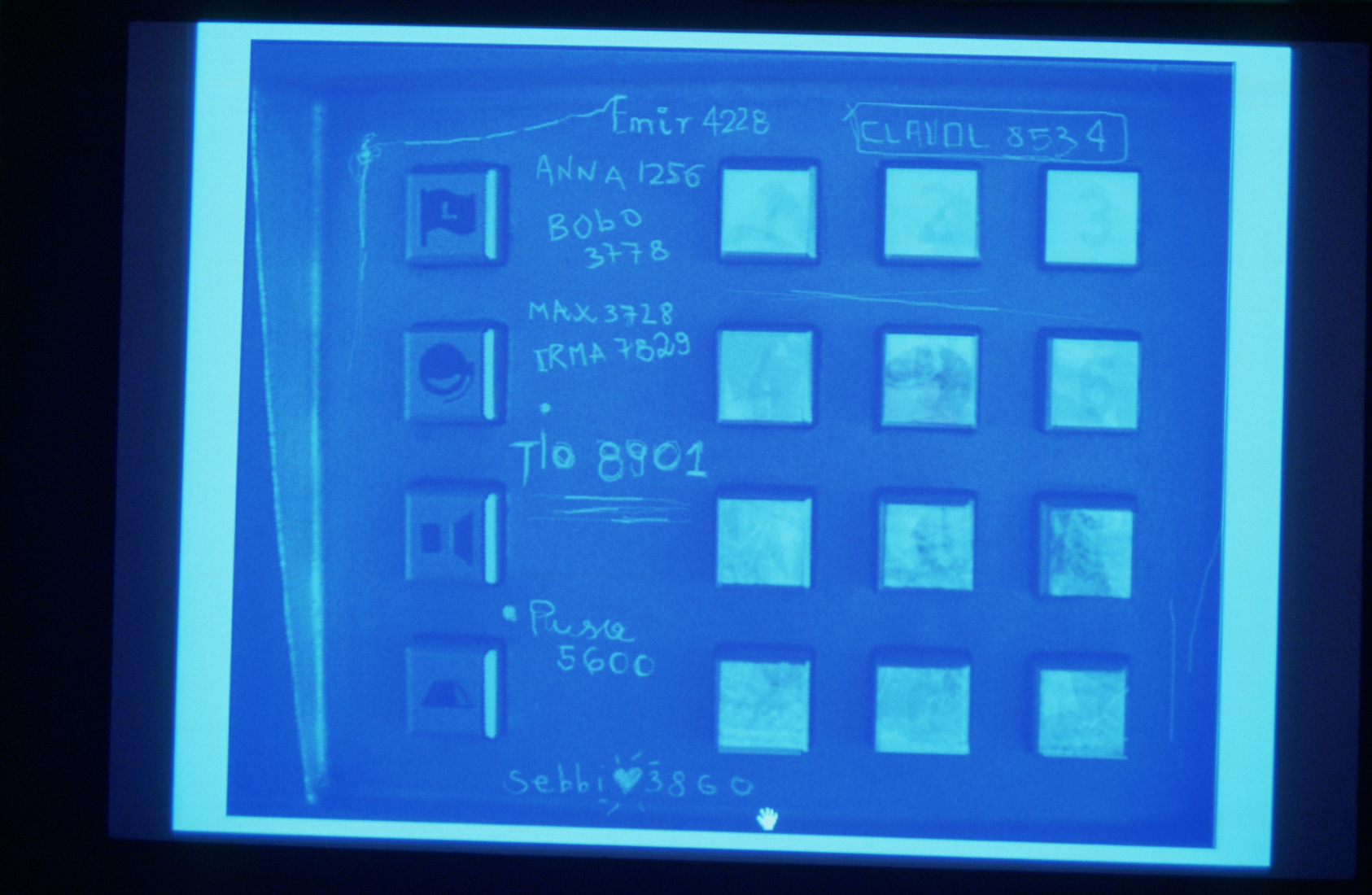 Project format
Installation in a space with interactive CD-ROM showing and book.

Project description
What is a space? How and when does a place become a space? The space cannot be "seen", neither is it a geographical reality, a number or a point in a system of coordinates.
A place becomes a space at the very instant people move in it, use it or cross it. Our actions, intentions and routines define the purpose and the context of the space.
That is the viewpoint I have taken in my approach to studying Barcelona's El Prat Airport.

The different airport zones are characterised by the daily activities of passengers and employees. For example, the arrivals terminal, the check-in area and the waiting areas. These spaces act as recipients for people and their intertwining paths.
The installation takes the format of a CD-ROM with interactive applications, and fragments from films and interviews recorded at Barcelona Airport. It is like a short on the histories of people in transit. By overlaying audiovisual spatial fragments and the individual opinions of people, we point to an alternative perception of the space and its meaning.

Draught
Five criteria are used to describe the broad range of spatial perceptions and formation. These are represented in the project by five colours or filters, through which the spaces are perceived.

Black: space and time. The time category is essential. We cannot be in two places at once.

Yellow: space and history. The evolution of transport over the history of humanity, beginning with the horse and the camel, passing through the boat and the train and finally arriving at planes and spaceships, has strongly influenced our perception of space and has led to the creation of new spaces. Now that we can fly, we can also see the clouds from above.

Red: space and context. Arriving and leaving. The purpose, the practical use of a place and the flow of actions create a context for permanence in a place and fill it with "meaning" for us. A conversation about an departure gate or about excess baggage has no sense if it takes place outside the airport context.

Blue: space and abstraction. Thanks to our fantasy and our imagination, we are capable of mentally recreating places and peoples, dreaming about them. On our way to the airport or before take-off, we transport ourselves mentally to other far-off places. For a political refugee, an airport can be a door to freedom, for an adventurer, a gateway to an exotic location.

Green: social space. If the airport is to function properly, the people who move around it or remain in it must recognise its basic structures and its authorities. A formal language, a form of interrelation and an international code facilitate interaction and communication between passengers and airport personnel.