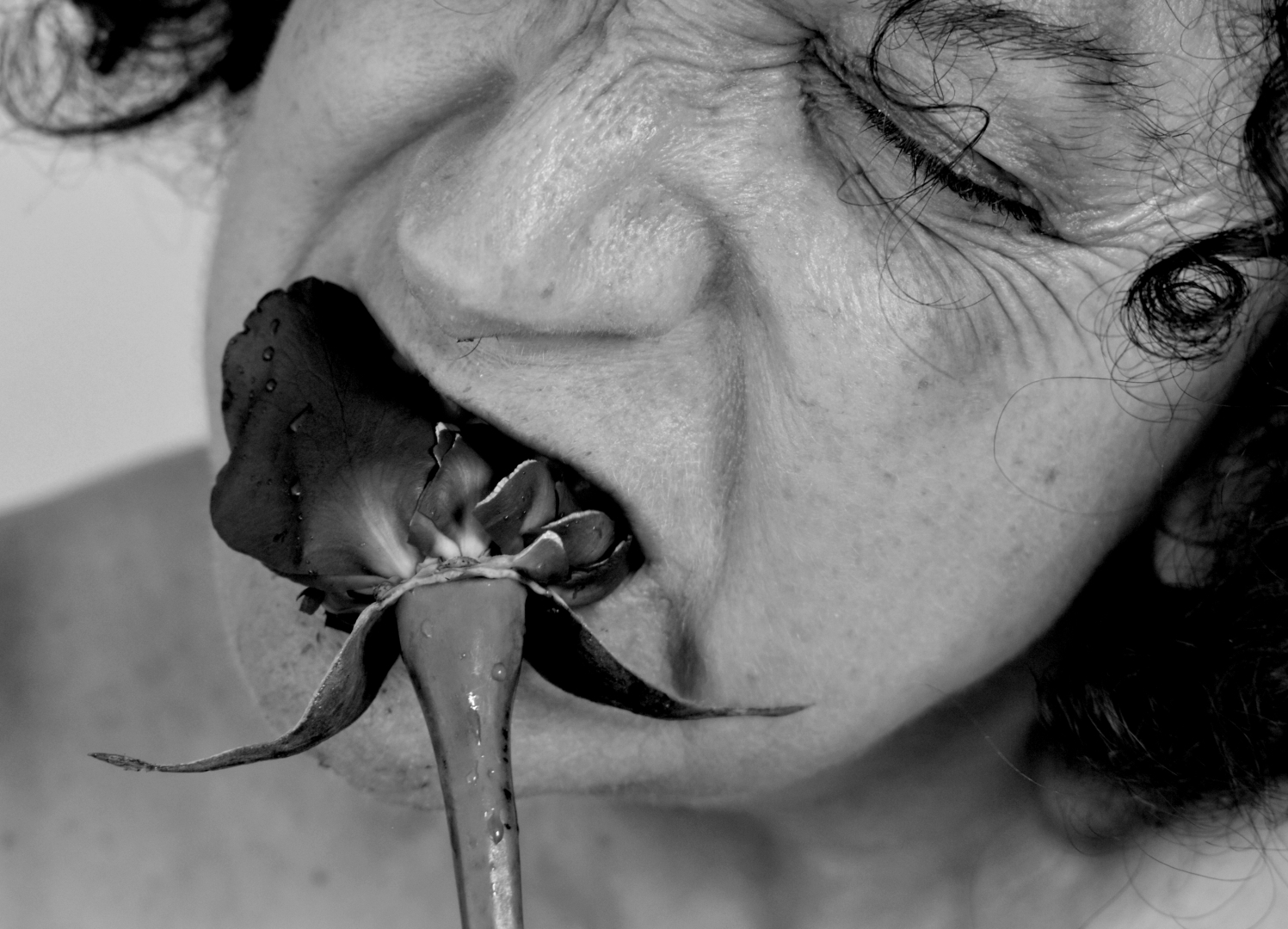 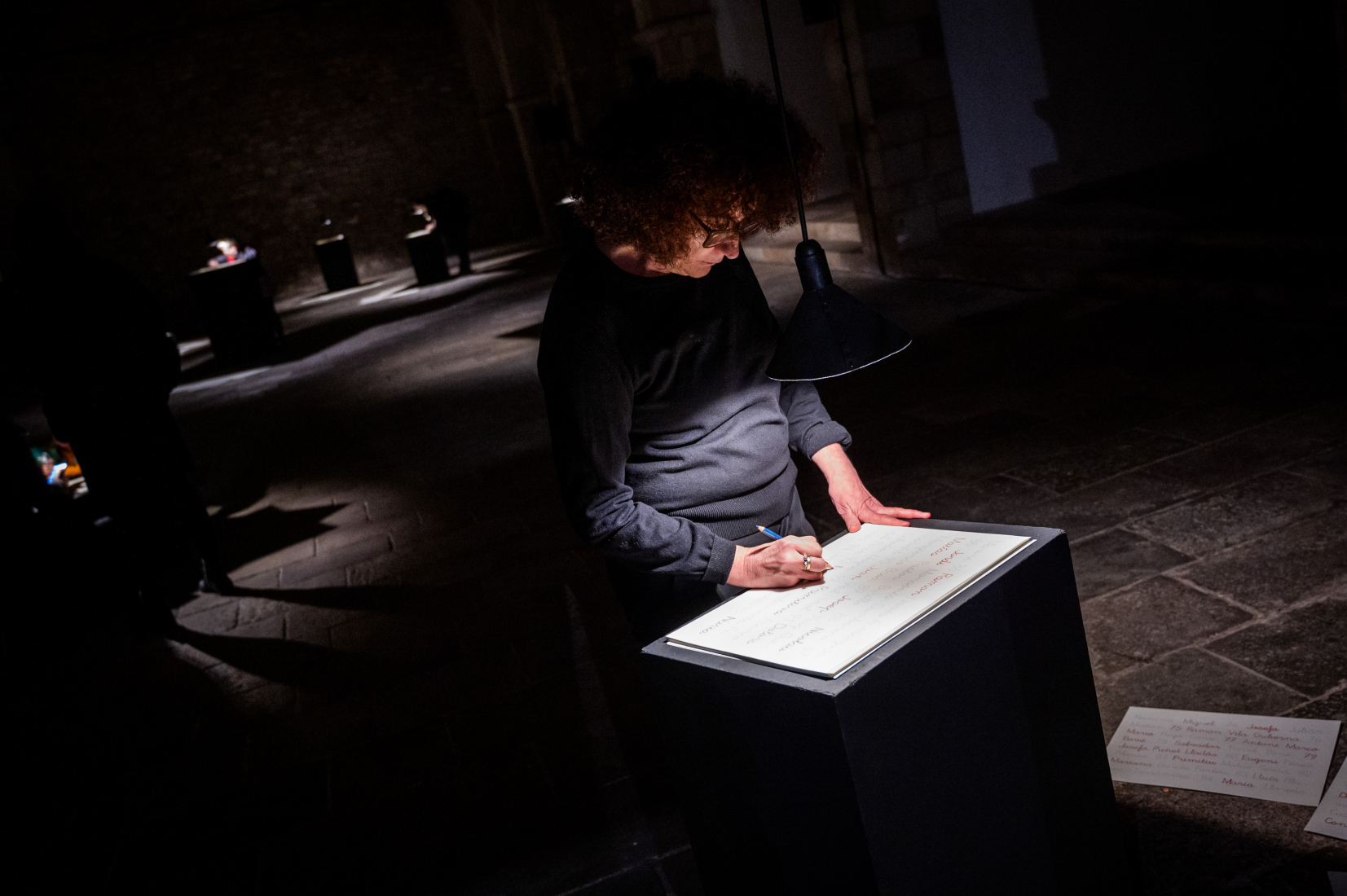 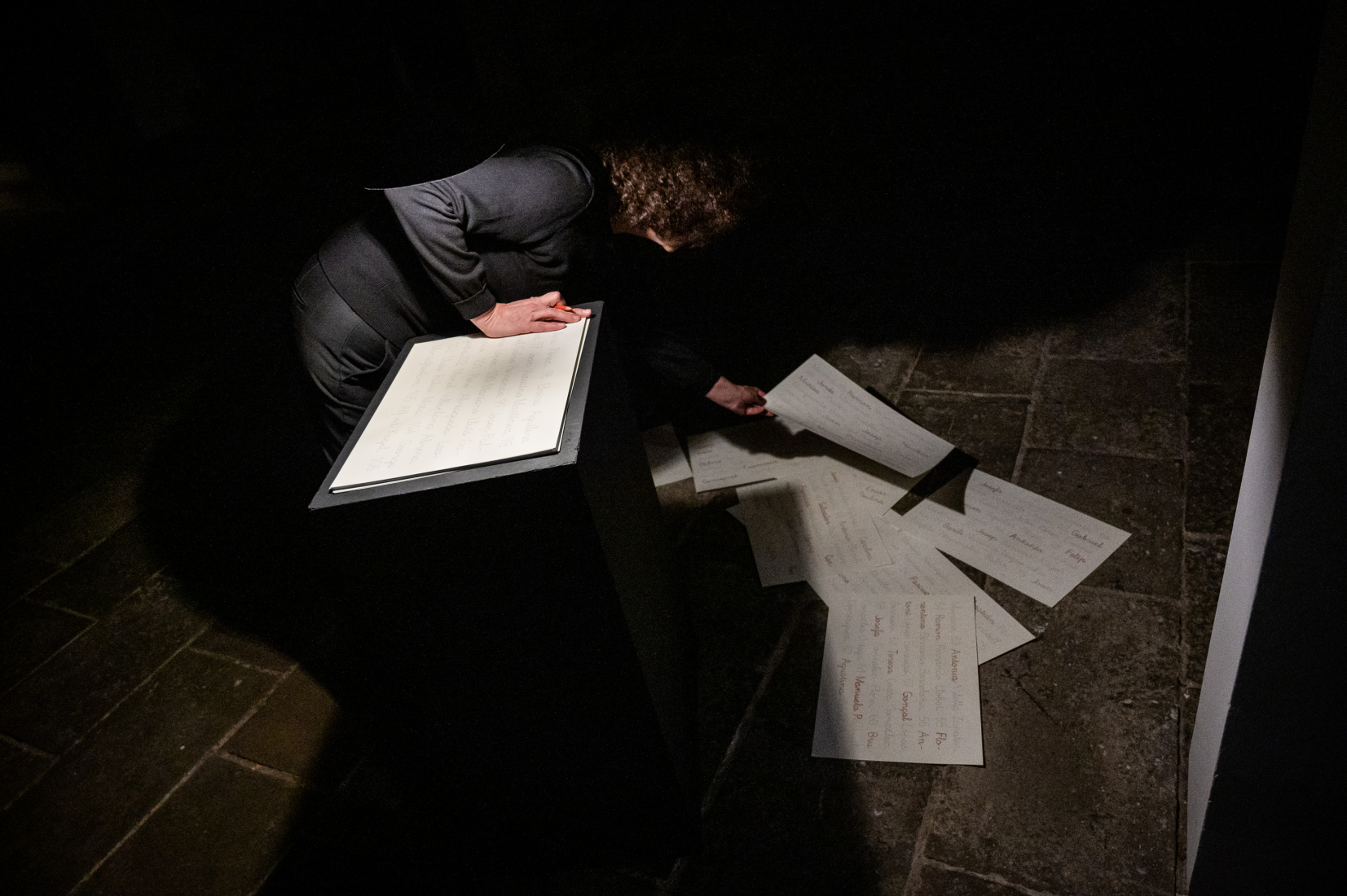 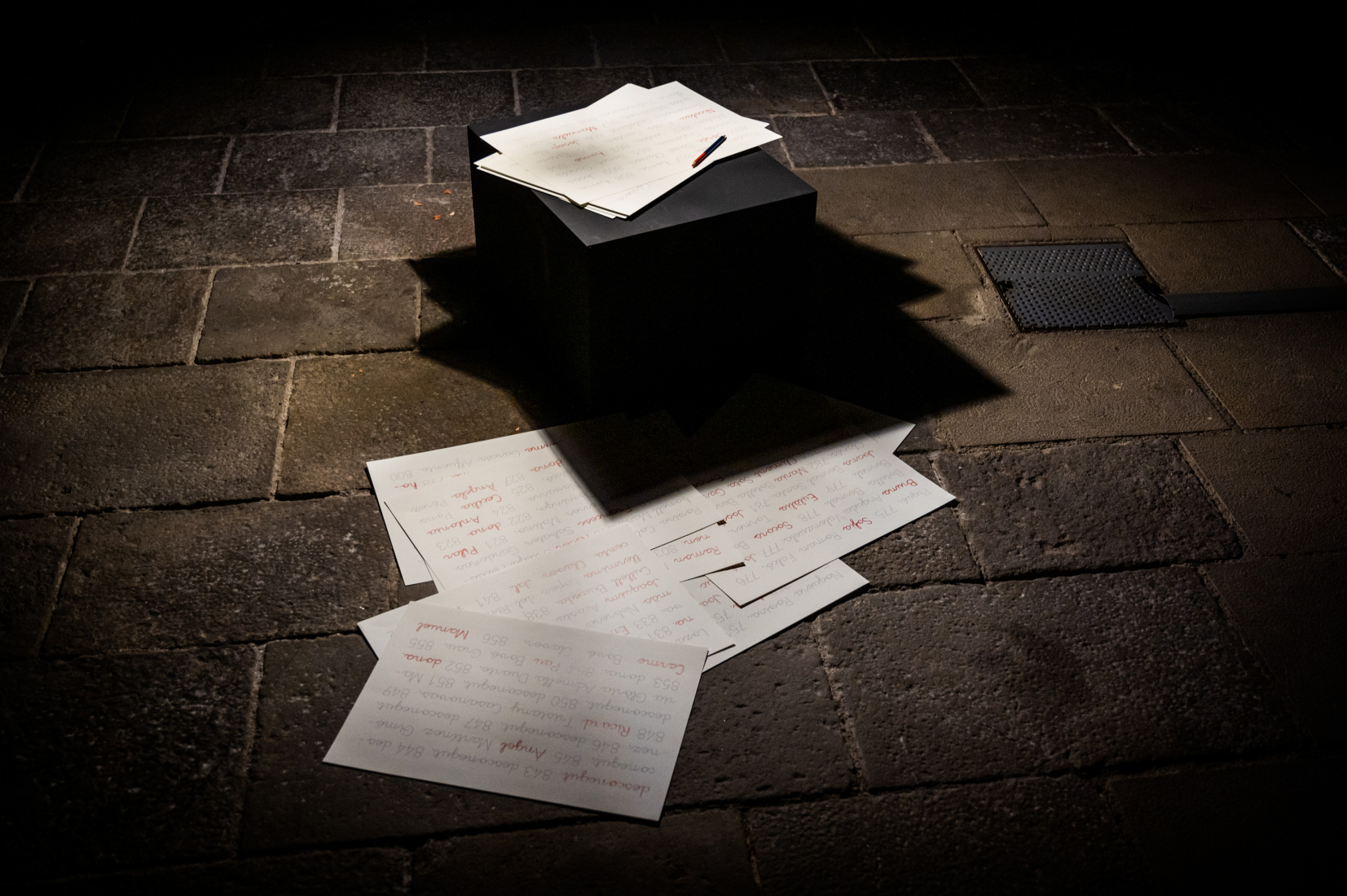 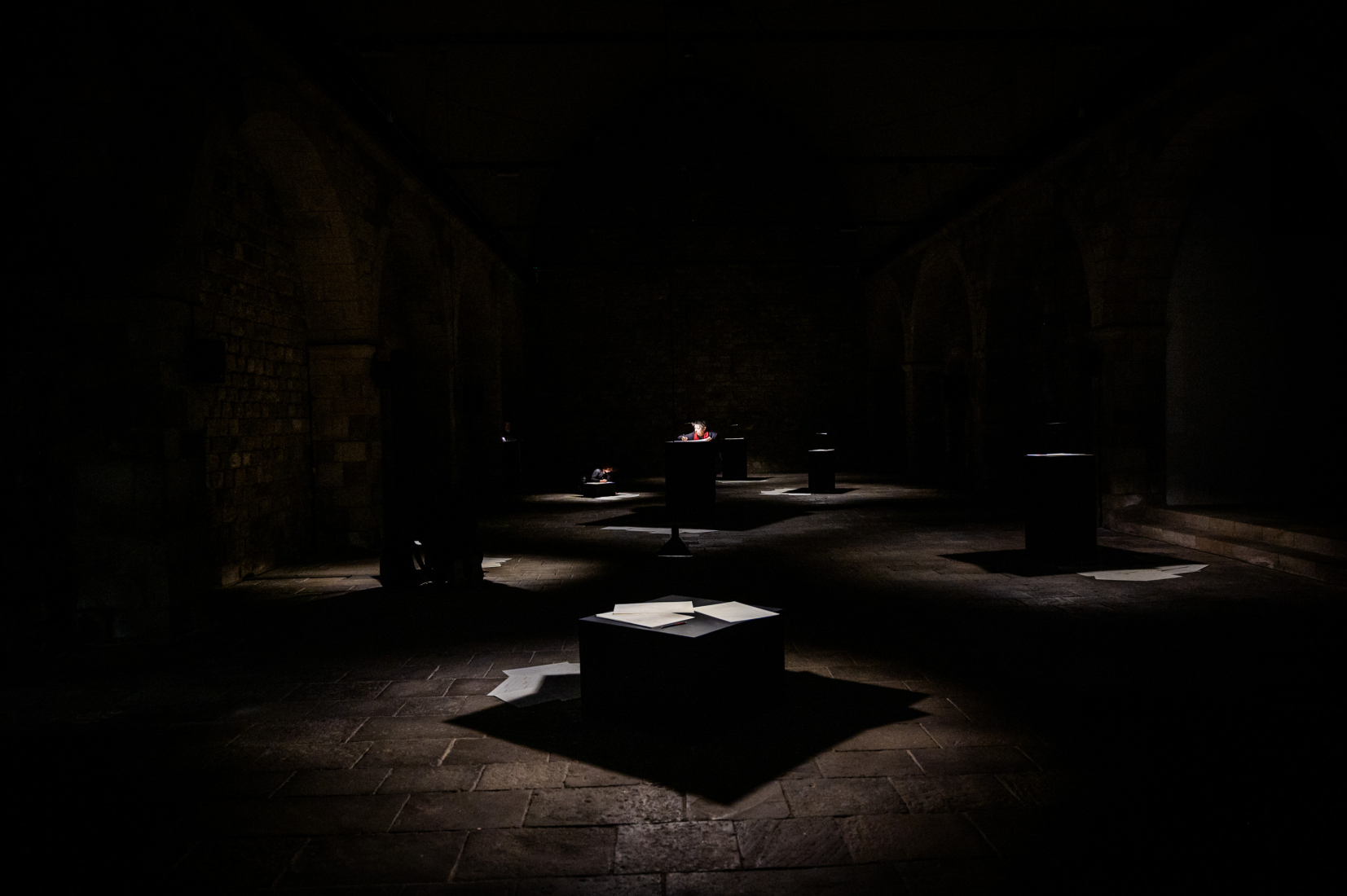 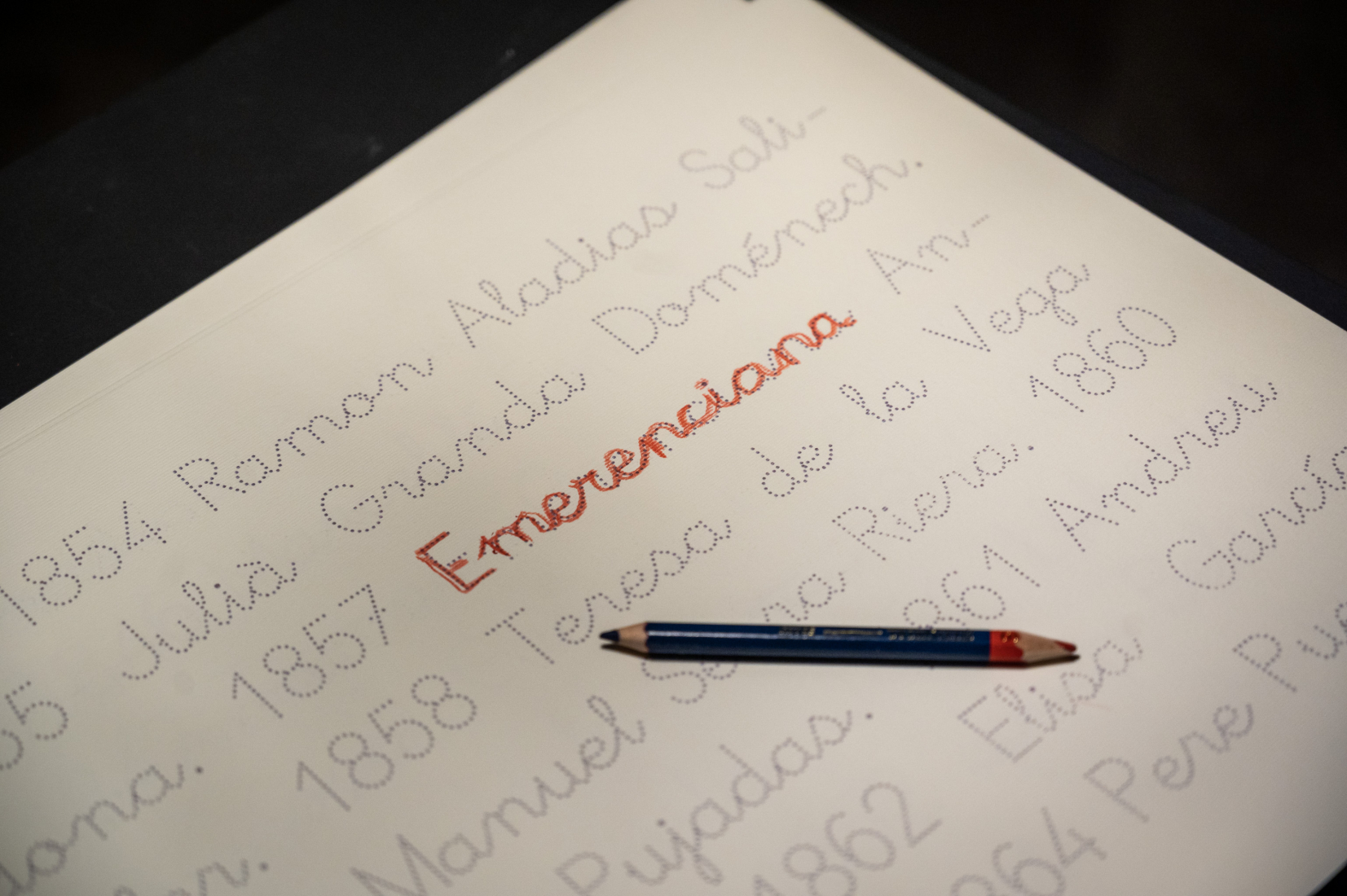 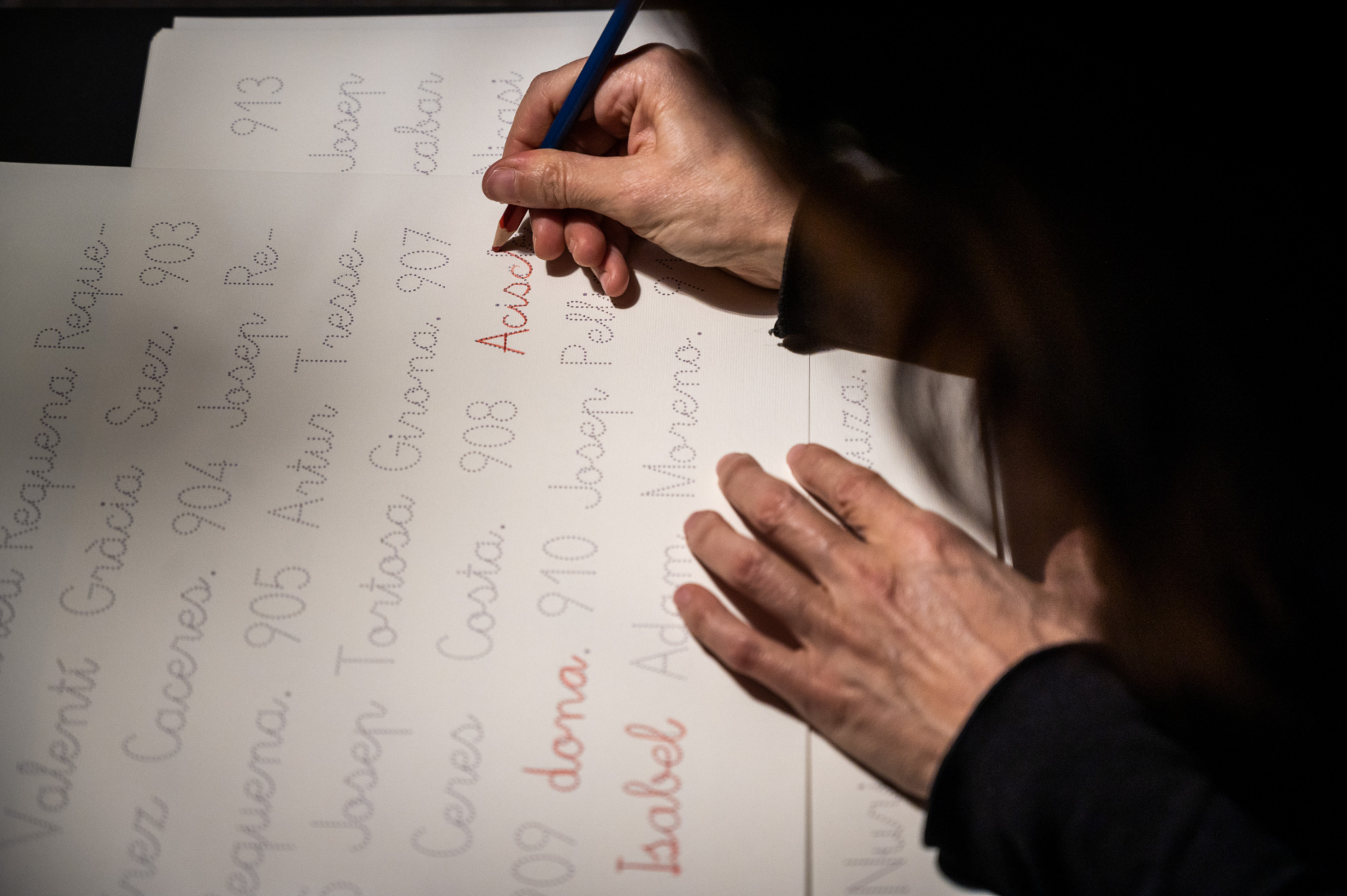 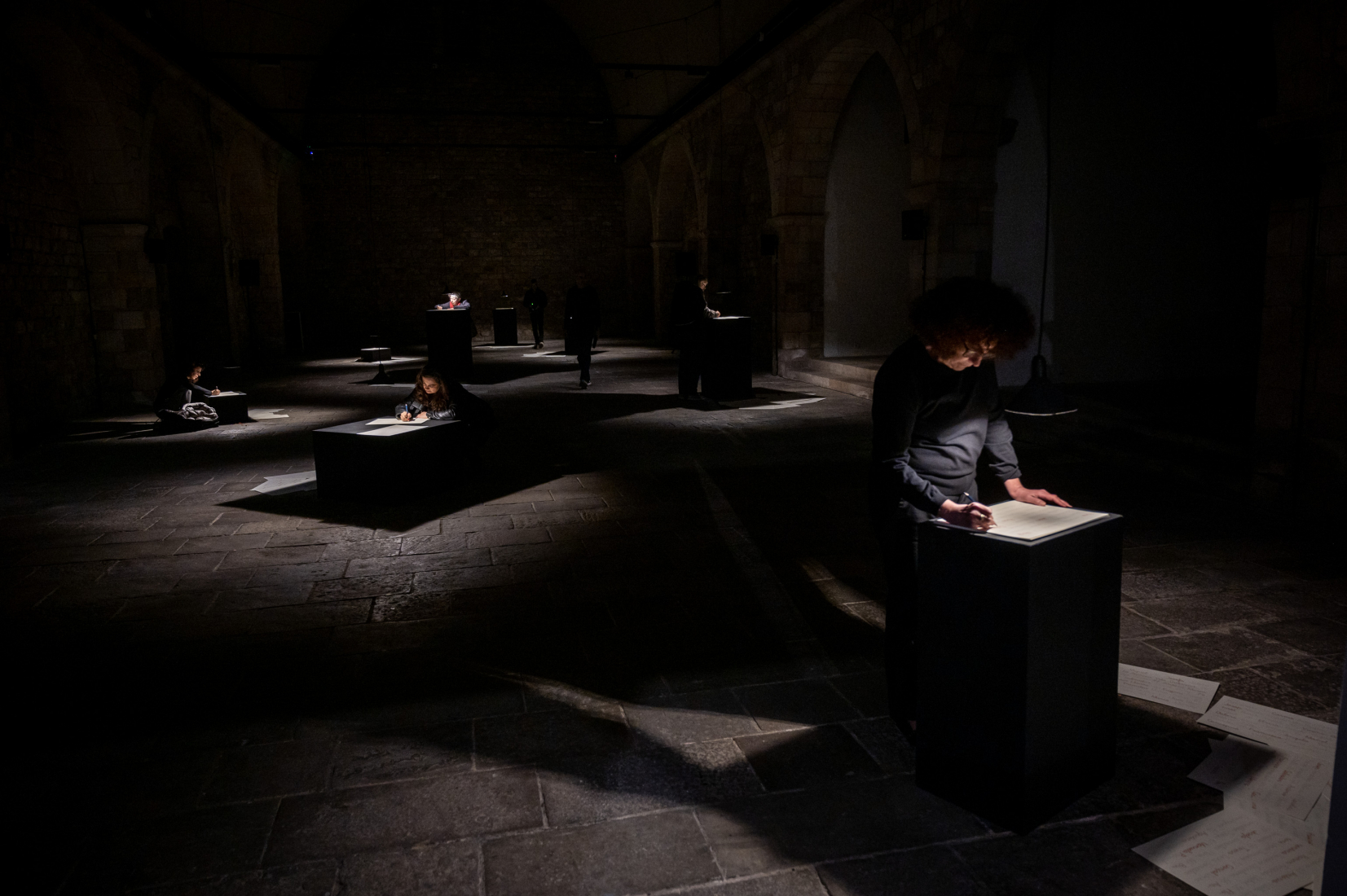 Nieves Correa is an unbeliever and hence she regards memory as the only thing that endures, and it is in her artistic practice that recollections are ‘embodied’ to transform the body into a vehicle for memory. As a result, performance is not a mental but a physical act in which the body embarks on a process and submits to engaging in effort and a task: the tension of fulfilling this task and remembering through the body. The performance moves from aesthetics to ethics as an ‘act of history’ and reparations for the past. The aerial bombardments of Barcelona on 16, 17 and 18 of March 1938 by the Italian Legionary Air Force from its bases on Mallorca were perhaps the worst in the city’s history, causing between 880 and 1,300 deaths and between 1,500 and 2,000 wounded among the civilian population. The official figures issued by the Generalitat de Catalunya on 26 March indicate 875 people were killed (of whom 118 were children), but on the following days another 49 were recorded, giving a total of 924 fatalities. […] This is believed to be one of the first saturation bombings ever and the second after Guernica in terms of the number of deaths caused in just one of the raids during the Spanish Civil War.